“..witnessing it is an enlarging and uplifting experience. This is due not only to the excellence of Crutchfield’s script, which brims with wisdom and humor and deliciously colorful examples of Southern and Midwestern speech, but also to Samuels’ production and the performances of a top-notch cast, all of which add up to as close to perfection as theater ever gets.”    NYTheatre.com

Asheville, North Carolina has quite a few wonderful things going on. One of them is a theater company directed by Steven Samuels. The Magnetic Theatre. A ‘seasoned’ director and theater person, Steven Samuels has brought a new play written by John Crutchfield to this years Fringe Festival. “Landscape with Missing Person”. Being presented at Venue #4 – Teatro Latea located at 107 Suffolk Street (between Rivington & Delancey)

The shows description reads as follows:  A teenage railroad punk helps a strange middle-aged man search for his mysteriously vanished wife. From a small southern town, across the Midwest, to San Francisco and Portland, Oregon, the mismatched pair’s cross-country journey introduces them to a motley crew of characters, most more desperate and deranged than the last. By turns comic, menacing, lyrical, and bizarre-and sometimes all at once – Landscapes with Missing Person proves moving, mesmerizing, and as surprising as it is psychologically acute, a gripping and poignant hitchhiker’s guide to postmodern 21st Century America.

Produced and Directed by Steven Samuels

Here are some photographs from this delightful production. 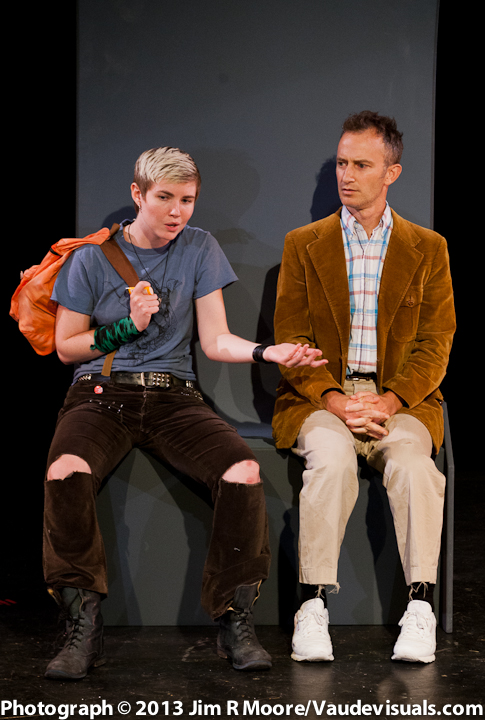 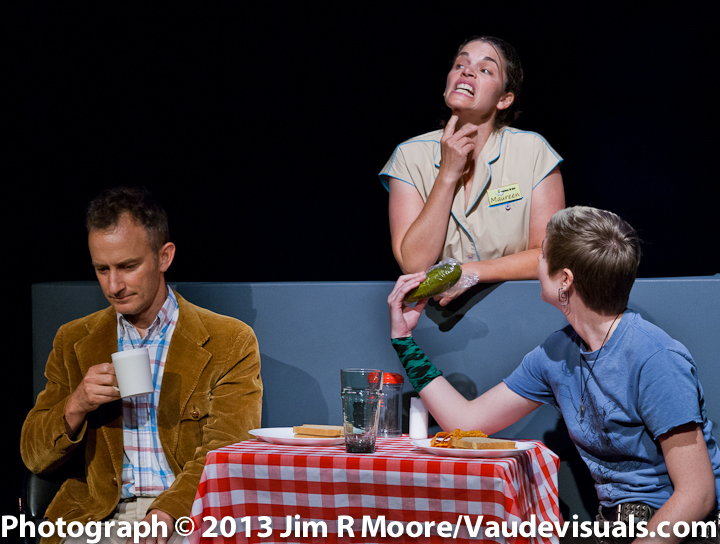 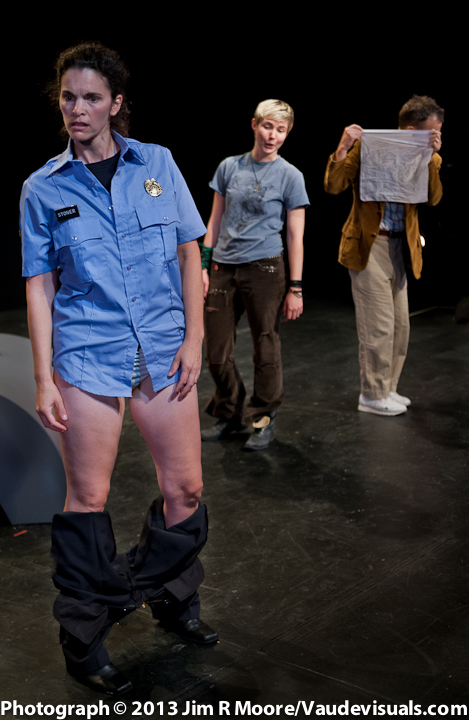 Jennfer Gatti, Lisa M Smith and John Crutchfield in a tense/comical moment in the play. 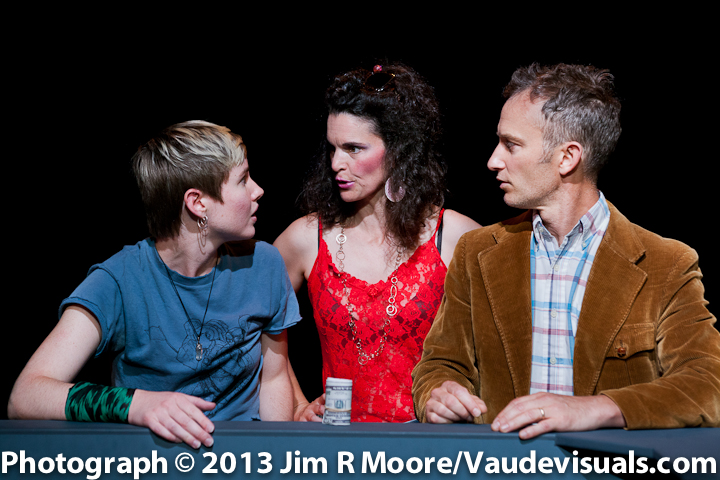 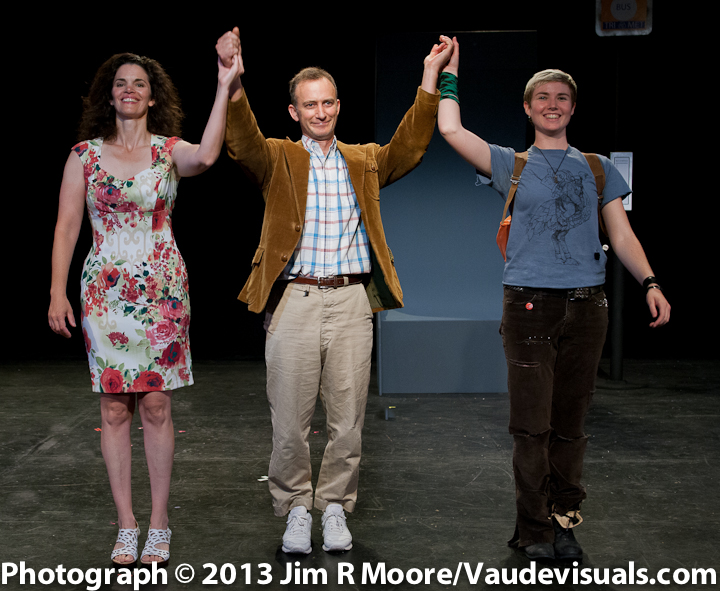