Two elderly Spanish sisters live in a foreign land against the backdrop of a battered rug and a mountain
of mysterious boxes. They share an existence of outrageous defamation, tender reminiscing and pure
madness, careering between affection and annoyance. But is their behaviour just eccentricity or
something more destructive?
You and Me blends laugh-out-loud comedy with empathy in a moving exploration of old age. 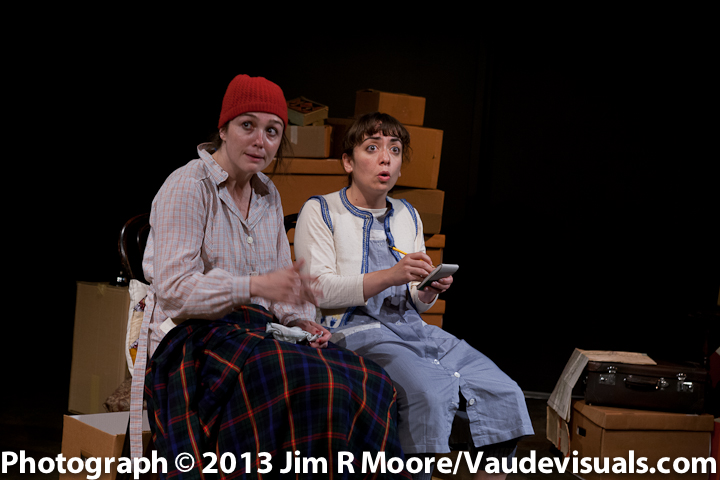 Merce Ribot and Patricia Rodriguez are the ‘You and Me’ of this wonderfully funny and touching play. 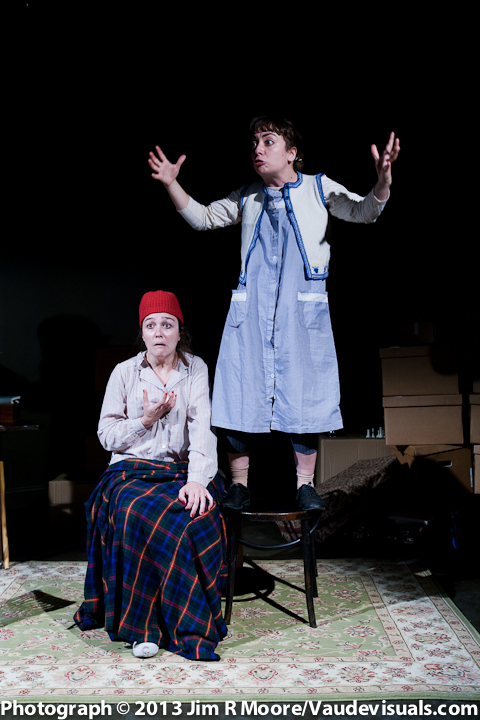 A good use of physical theater to tell an emotional story about two old women. 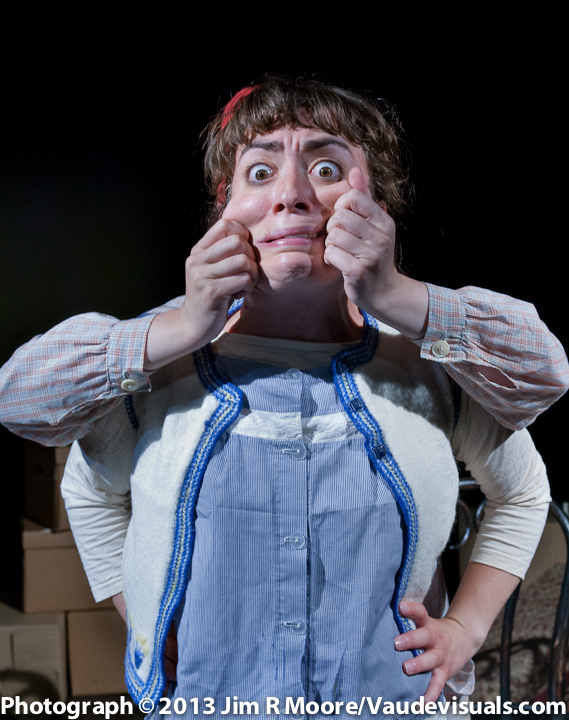 Patricia Rodriguez and Merce Ribot use comedy and sight gags so well in the show. 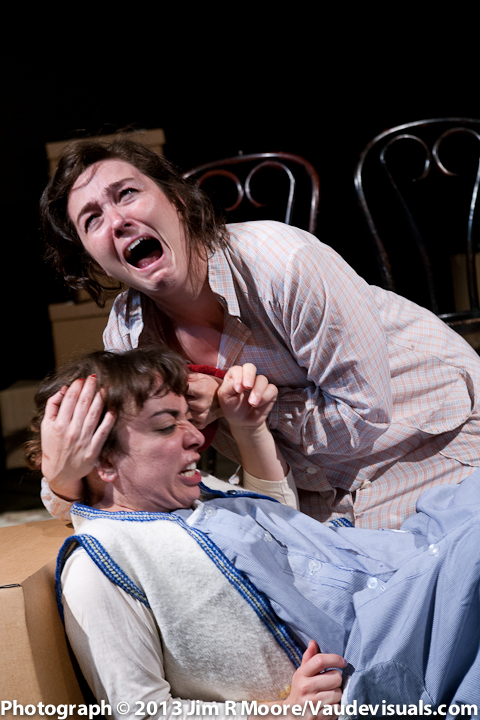 You and Me has many emotional moments. 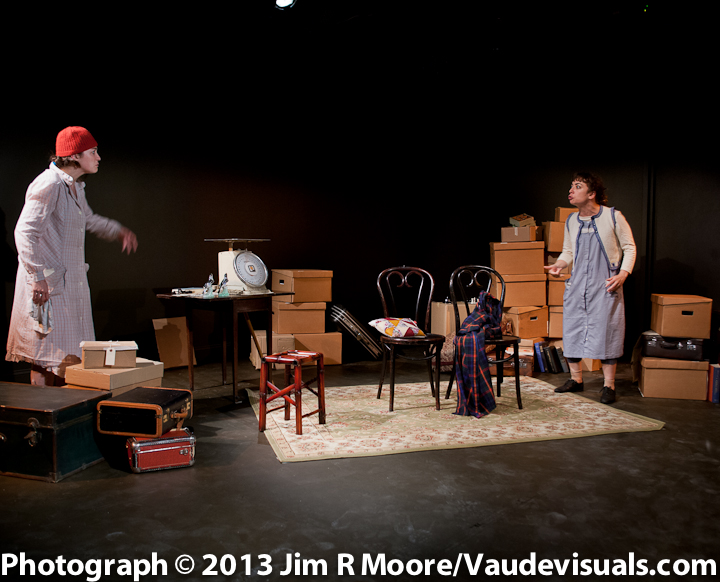 The two characters are always at odds with one another during the show except for moments of emotional dependency. 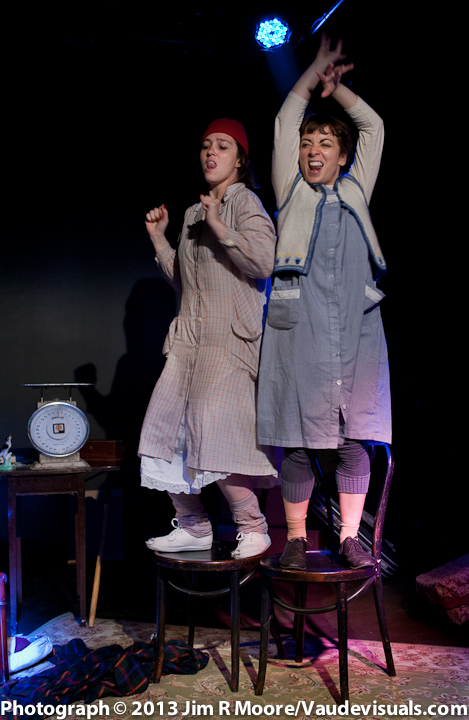 Merce Ribot and Patricia Rodriguez dance up a storm in the show during several scenes. 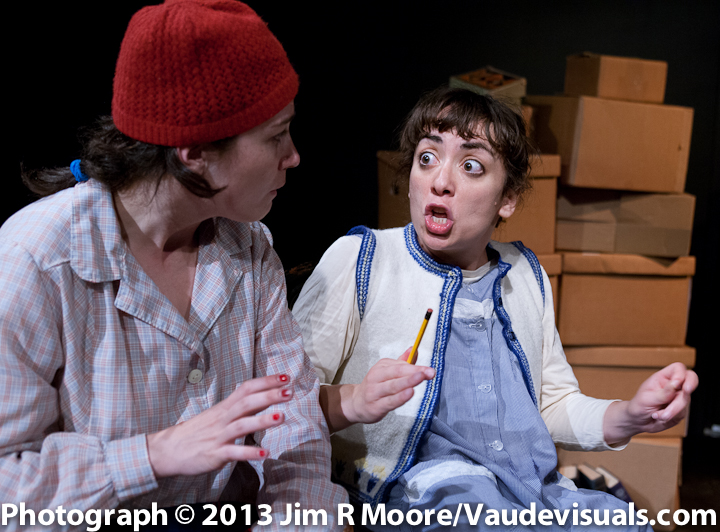 Patricia Rodriguez caught during a moment of amazement during a conversation with Merce Ribot. 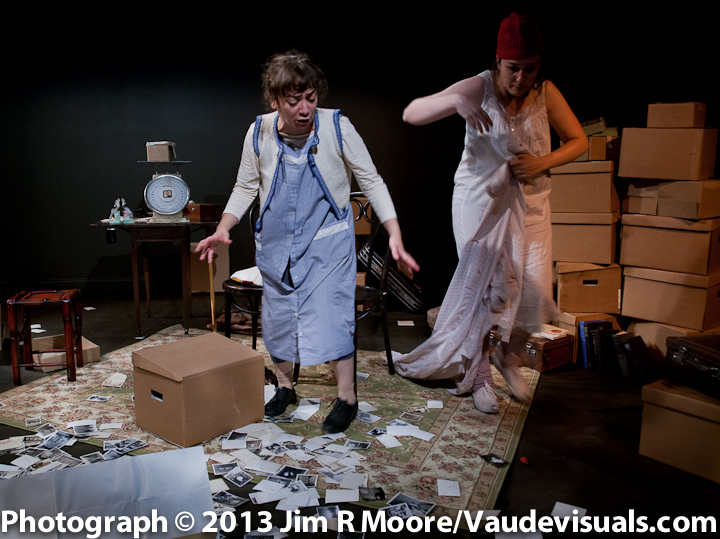 After a dispute between the two women gets out of hand the entire contents of the room and it’s boxes are over turned and cover the  floor. 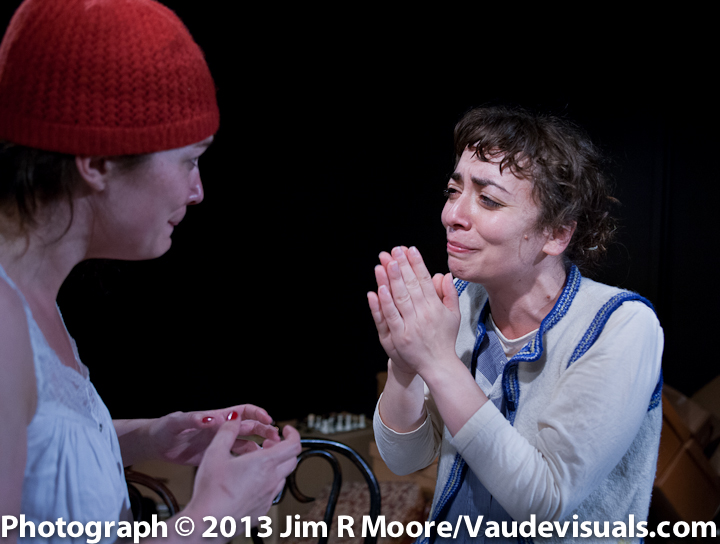 A moment of peace and makeup comes between the two old women near the end of the show.

a British bitter-sweet physical comedy with a Spanish touch

adapted and directed by Bryony Shanahan