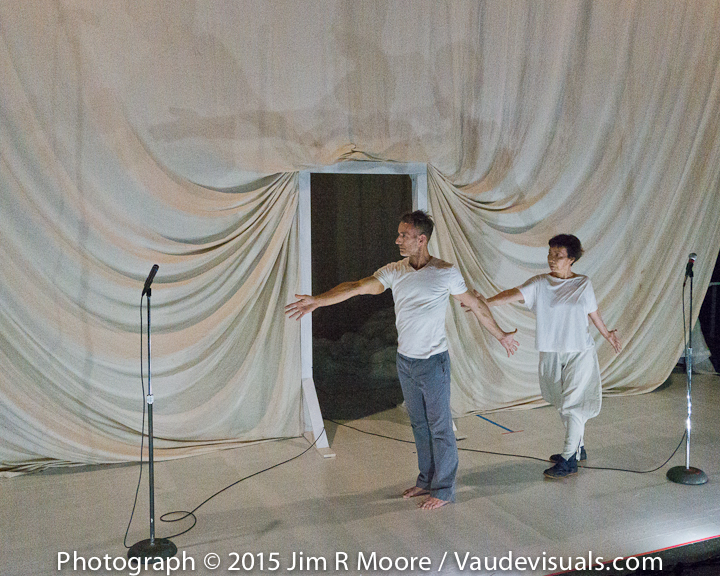 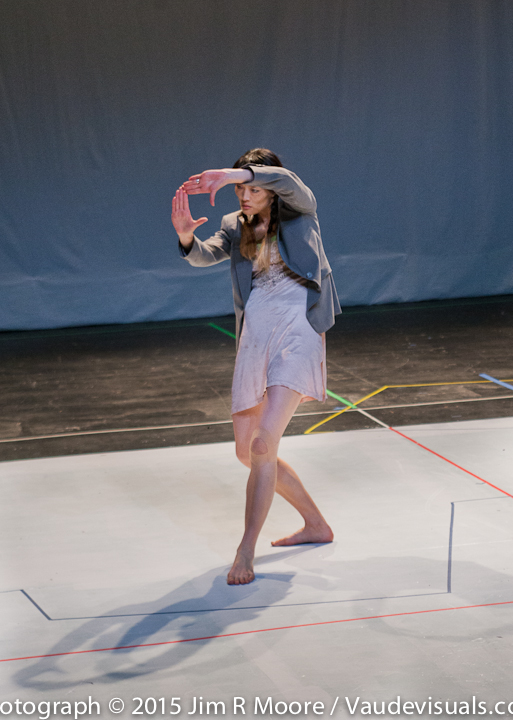 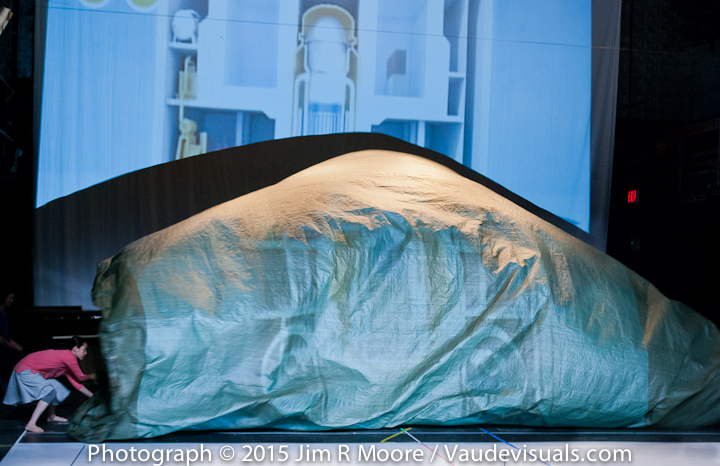 The visuals and scenery are every changing and delightful. 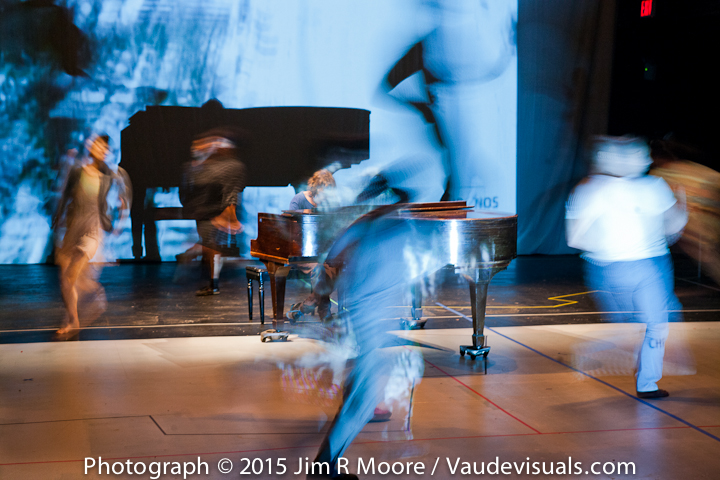 Dane Terry plays the piano thunderously as the cast runs around him. 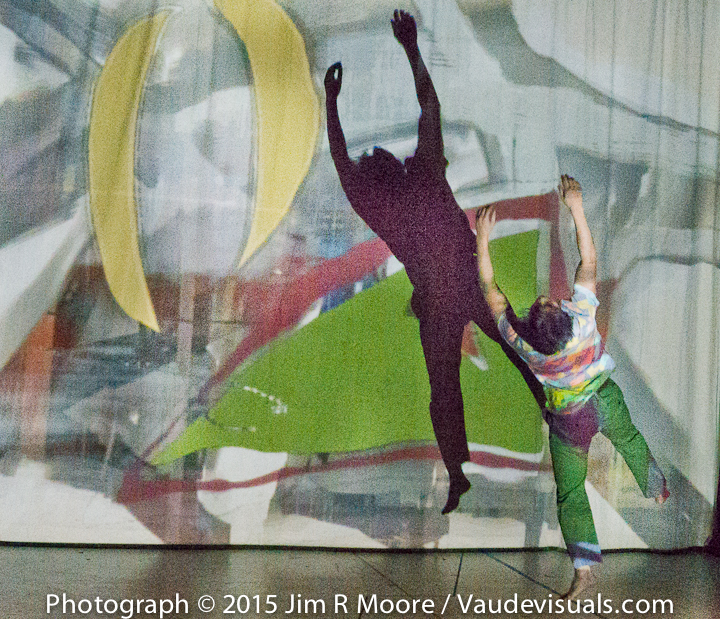 A dancer proves that gravity isn’t for everyone. 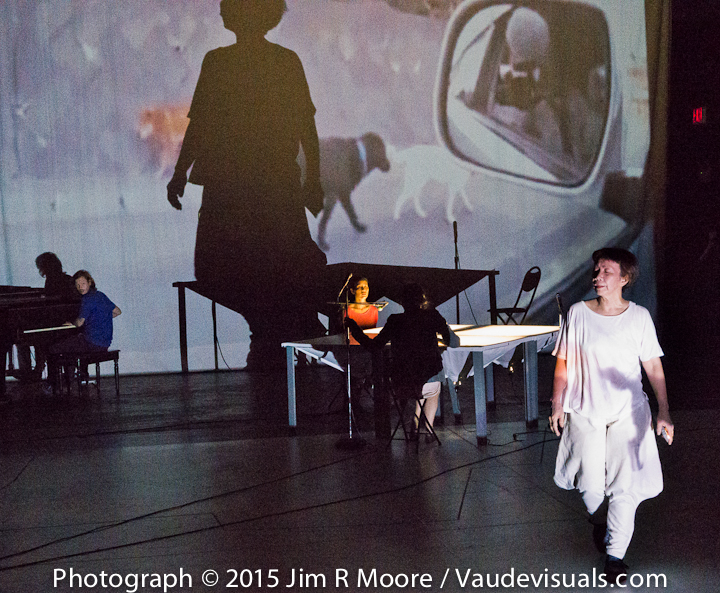 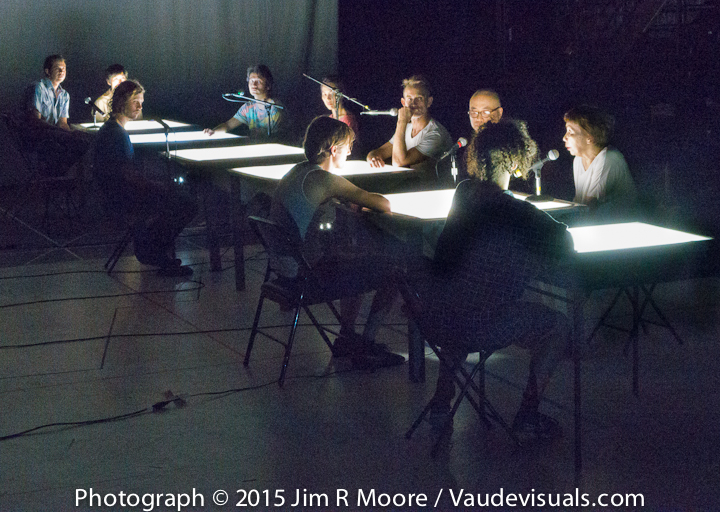 Yoshiko Chuma talks about a political issue as the other cast members participate in the discussion. 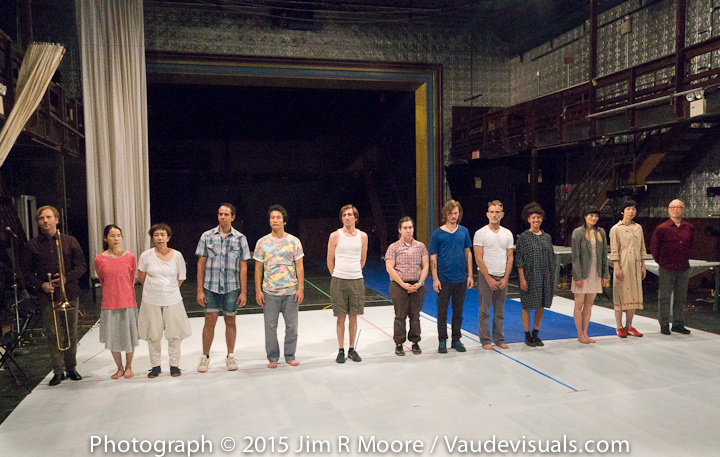