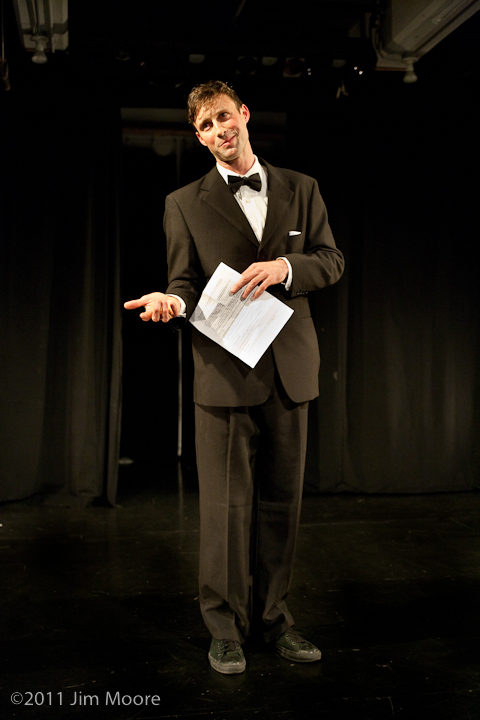 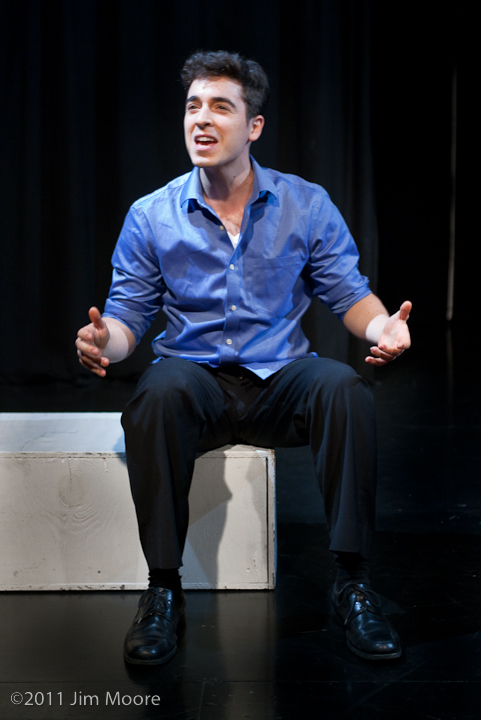 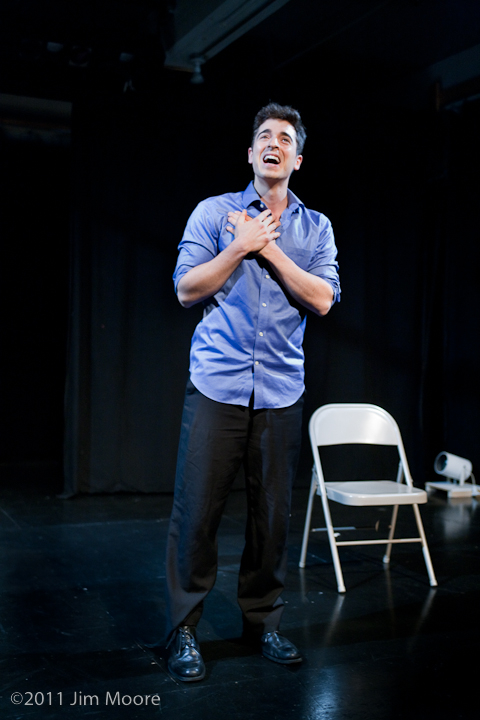 Imagine what it would be like if you liked someone but they don’t know it! 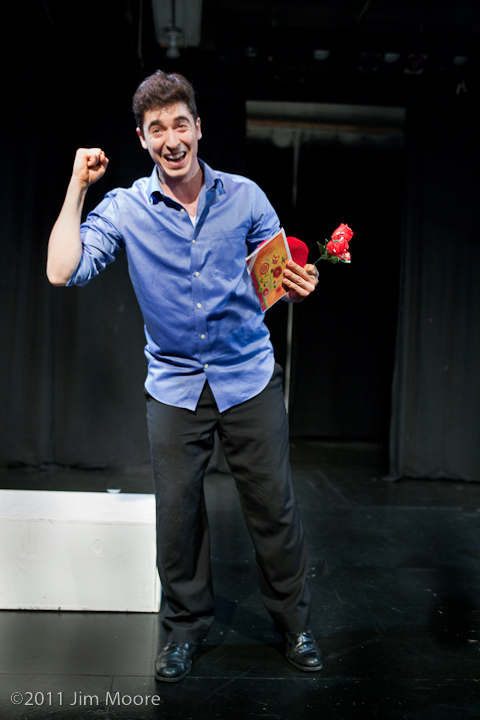 You arrive at their front door and they don’t want to open the door.

Gustavo has grown as a story teller and the work he has been doing on his monologs is really showing. 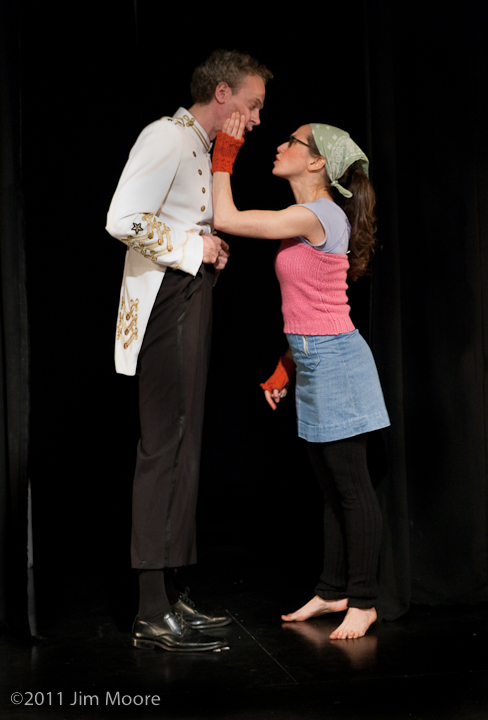 Ishah is having trouble with her assistant as he can’t get her name right when introducing her! 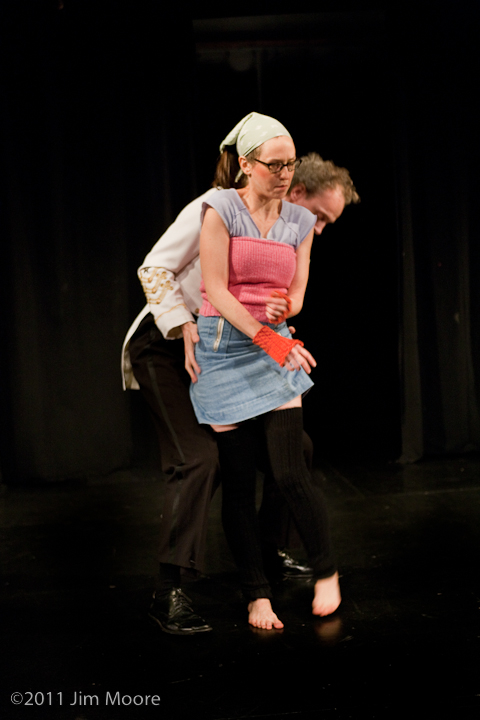 She tries to get him to lift her up but he seems to be not able to do it the right way. 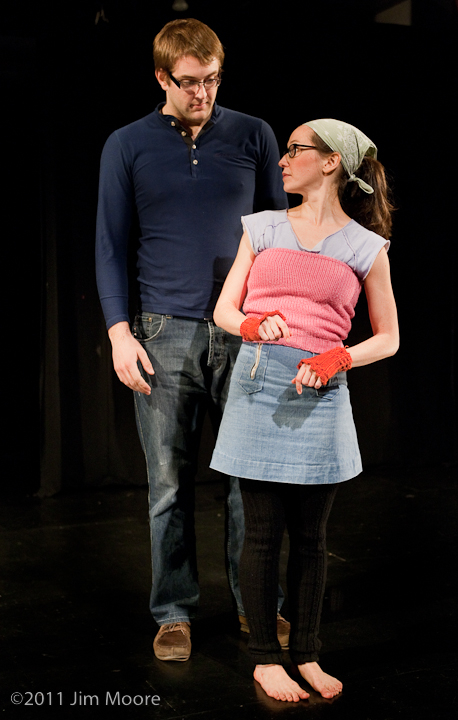 Steve McCarthy (an audience member visiting from Montreal) seems to be the right volunteer. 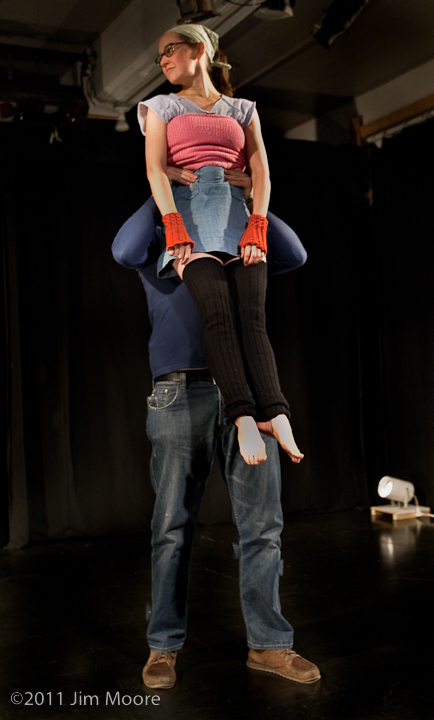 Ishah gets her ‘lift’ the right way from Steve. 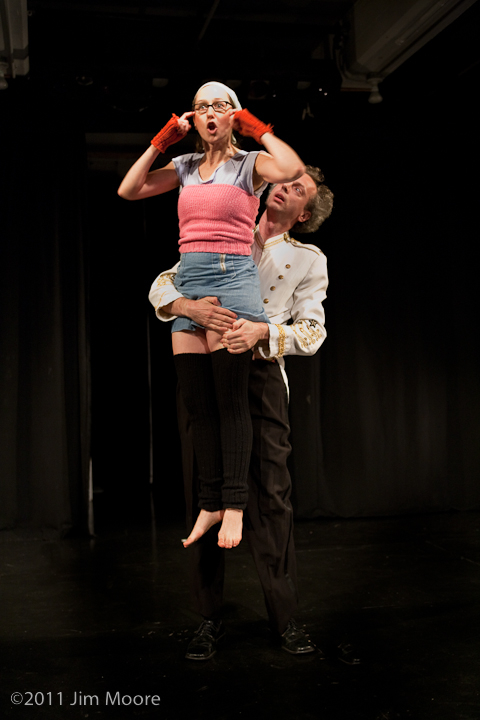 Finally the ‘assistant’ gets it right and lifts Ishah the way she wants him to. 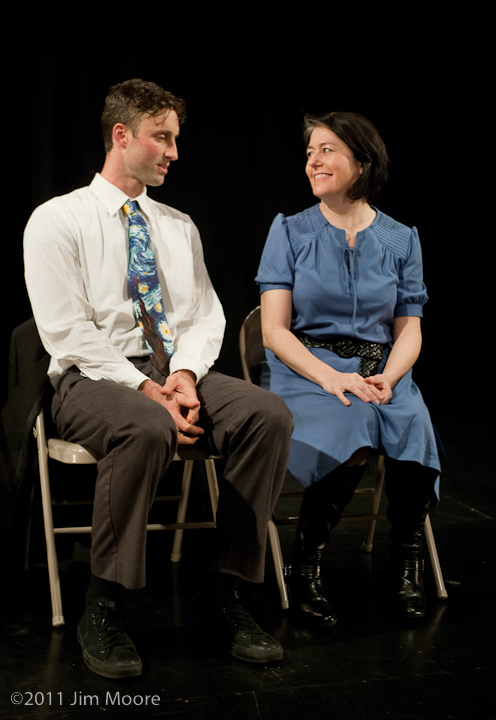 What seems like an ordinary date for these two becomes anything but that. 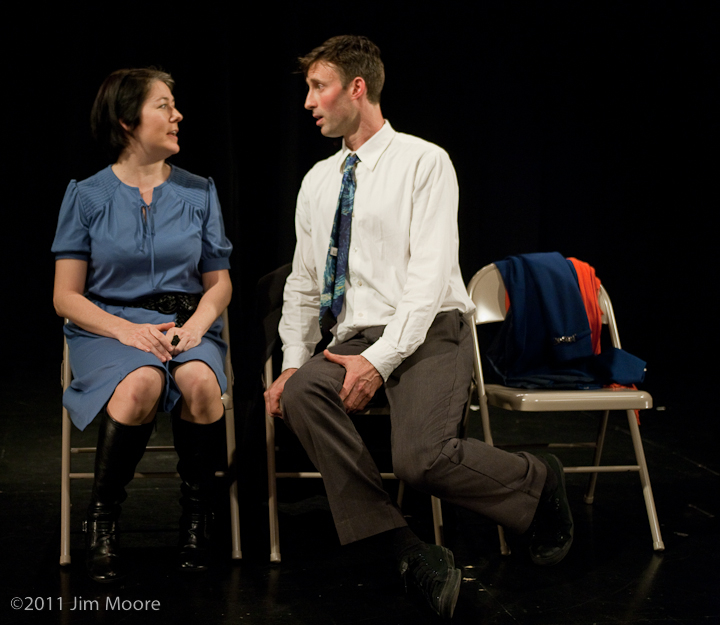 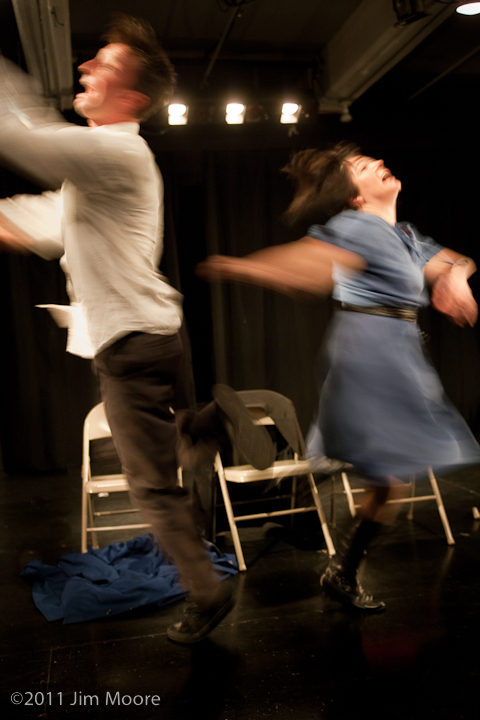 The couple fling each other in different directions in more ways than one. 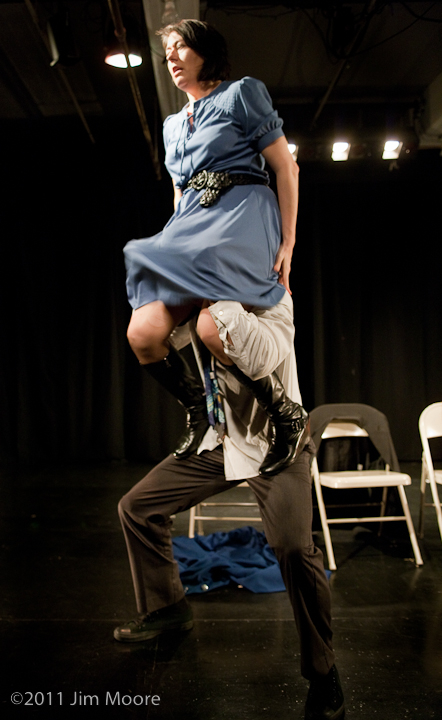 You will have to come and see this piece to find out what happens here?

A wonderful Premiere by Audrey and Billy. Directed by John Towsen 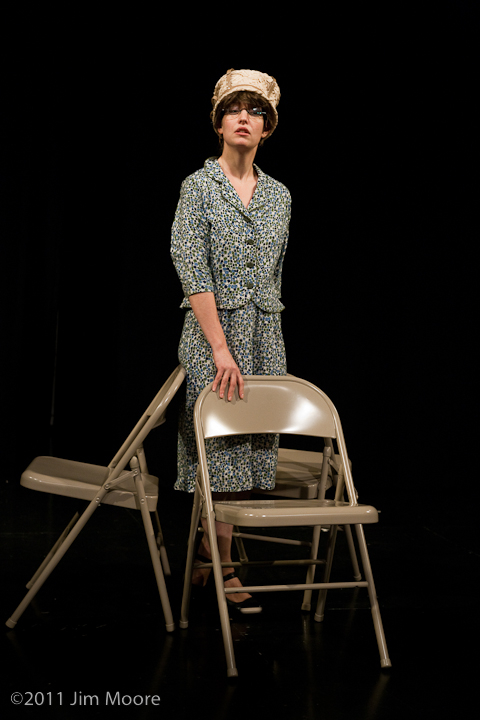 A surreal walk thru the corridors of Kate’s mind. 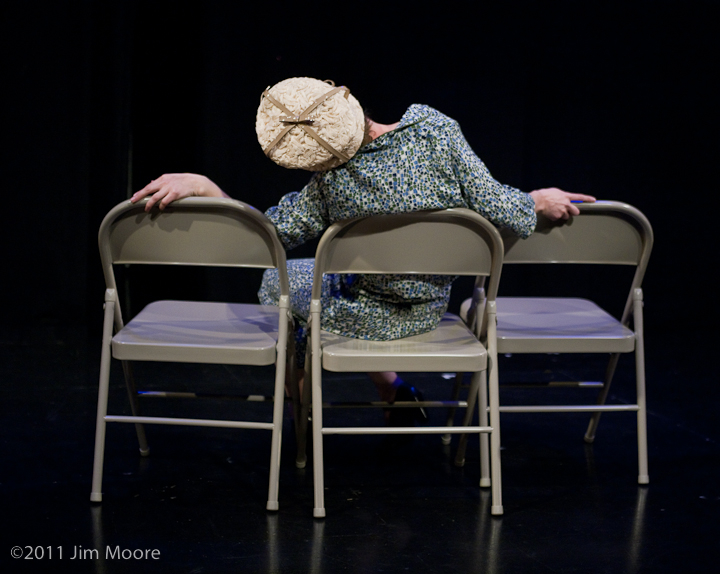 Using metal chairs as instruments of passage Kate manipulated them in many varied ways. 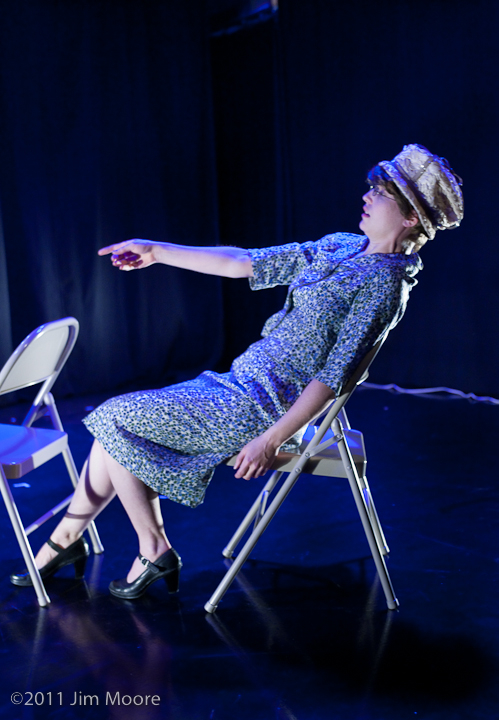 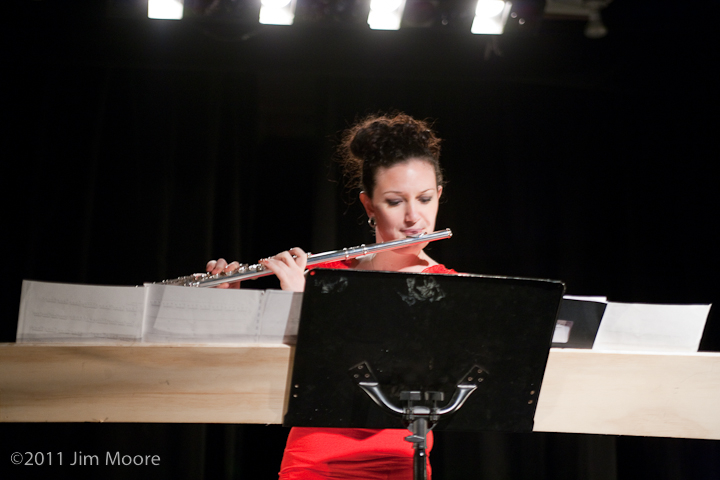 Reading her score from the sheet music set up on a special music stand Kimberly amazed the audience with great virtuosity. 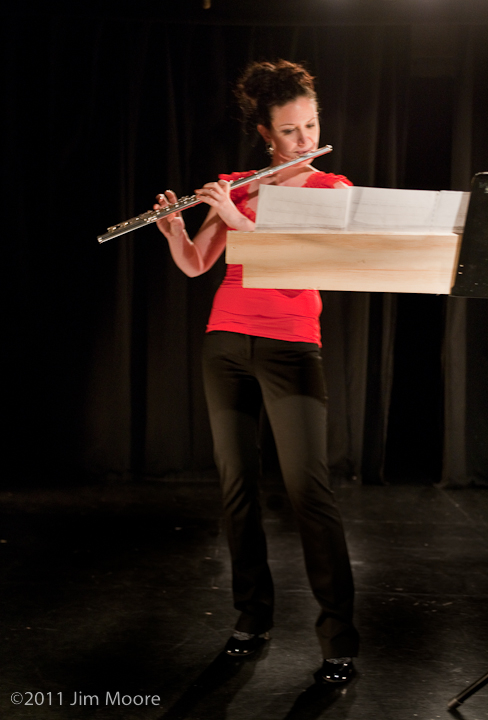 Called ‘Bushwick’s Queen of Mystery’, Tanya Solomon performs her magic for the audience at Who Wednesday.

The song is called “Till There Were Jews,” written and performed by Josh Bisker. It goes out, he says, to all those Chosen People who’ve wondered, “just what is it about us, anyway?,” as well as the formerly-goyish transplants whom New York City has transformed into bagel-loving, stuff-schlepping, hand-gesturing goodniks…you know, Jews. Josh, of the uke + trombone + trumpet combo Cobra Gold, and his sister Ellia, of indie-rock sensation Sweet Soubrette, are hosts of the Super Fun Superfund Variety Show, a regular cabaret featuring talents from the circus to the avant garde, staged in the Gowanus’s fabulous upcycling center, Film Biz Recycling. Mark your calendars for the next Super Fun Superfund show on February 11: amazing acts, spectacular prizes, and cheap drinks, all hidden in treasure-filled wonderland of repurposed film sets — what more could anyone want? 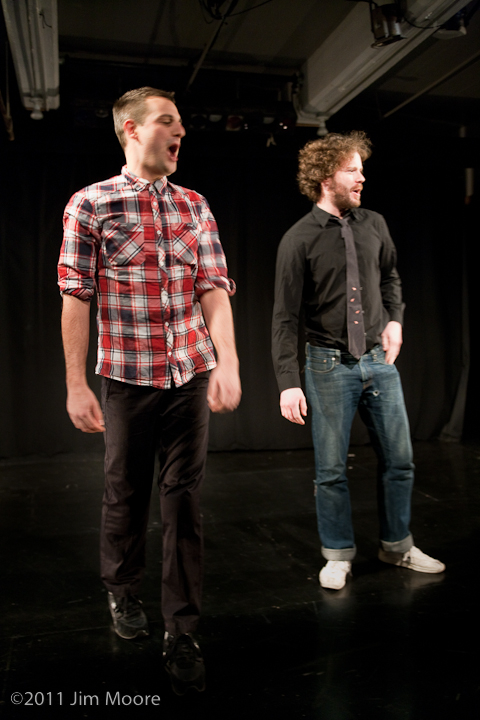 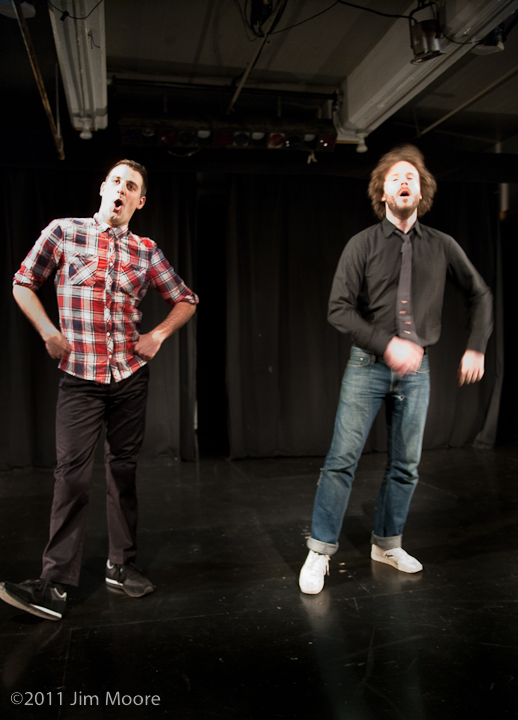