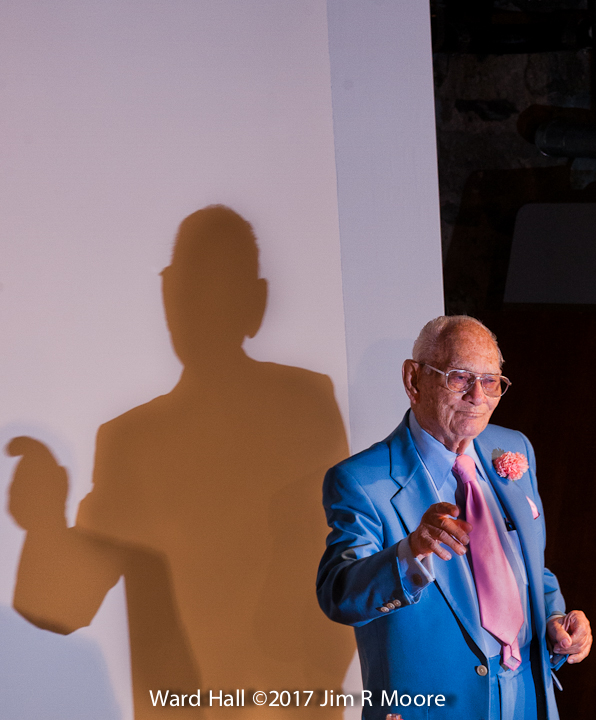 This week on Florida Matters we’re talking about the end of the Ringling Bros. and Barnum & Bailey Circus. The circus has a long rich history and a colorful past full of performers who worked under the big top, like retired showman Ward Hall.

Ward Hall was a sideshow manager with Ringling Bros. and Barnum & Bailey circus before the proliferation of household televisions.

“Some people call me ‘the King of the Sideshows‘,” Hall said.

Like many older performers, Hall ran away to join the circus.

Correction: “I didn’t run away to join the circus,” Hall said. “I walked two miles to the circus.”

That was 70-something years ago.

Hall first saw the Ringling circus in 1948. He was 17 years old, managing a sideshow of human oddities with the likes of the Armless Girl, the Boy with Three Legs, Priscilla the Monkey Girl and her husband Emmett the Alligator-Skinned Man.

“It was the last big big sideshow that was ever done anywhere,” Hall said.

When asked if he could get in touch with his fellow Ringling performers of yesteryear, Ward Hall says it’s about 40 years too late.

“The sword swallower is gone, the bearded lady that we had there — she’s gone,” he said. “The giant, Eddie Carmel is gone, Ward Hall — he’s almost alive, but not really,” he said with a laugh.

Many of those he worked with are buried in a cemetery, Sunset Memory Gardens in Thonotosassa.

Hall said that unlike him and his friends, Ringling won’t die.

“I don’t have any idea what it might be, but somebody, somewhere, sometime is going to revive that title,” Hall said.

Listen to the WUSF Broadcast here.

The Theatre of Robert Anton - An Exhibition