WARD HALL is the man who for over 50 years has performed/produced and lived in the ‘sideshow’.

Last night we were honored to hear him talk about his life, his work and most of all about the people he met in the sideshow.

“WARD HALL – THE KING OF SIDESHOW” is a new book authored by Tim O’Brien. It tells the stories Ward shared with us last night as well as many more from his life. 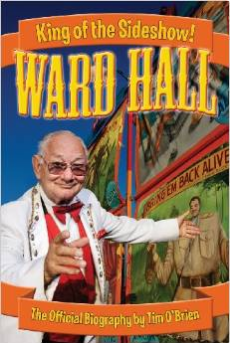 The music was provided by a wonderful group “The Bailsmen“.

The evening began at the lovely MORBID ANATOMY MUSEUM on 3rd Avenue in Brooklyn. 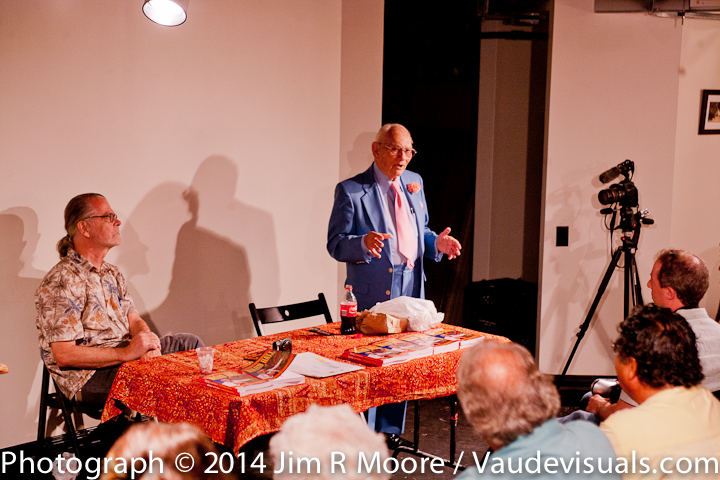 Author Tim O’Brien (seated) and Ward Hall talk to a overflowing crowd of attendees in the basement during the talk by Ward. 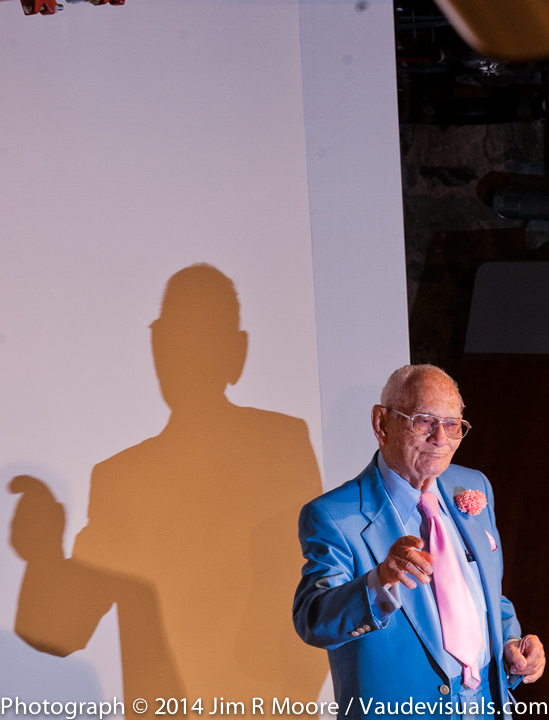 Ward Hall (84 years young) was very expressive about the people he worked with during his years in the sideshow. 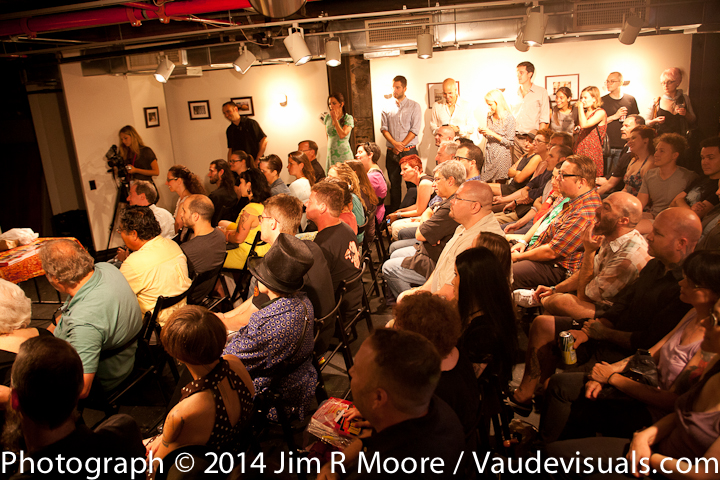 The Morbid Anatomy Museum has a basement equipped for talks and presentations of this kind. It was a FULL HOUSE! 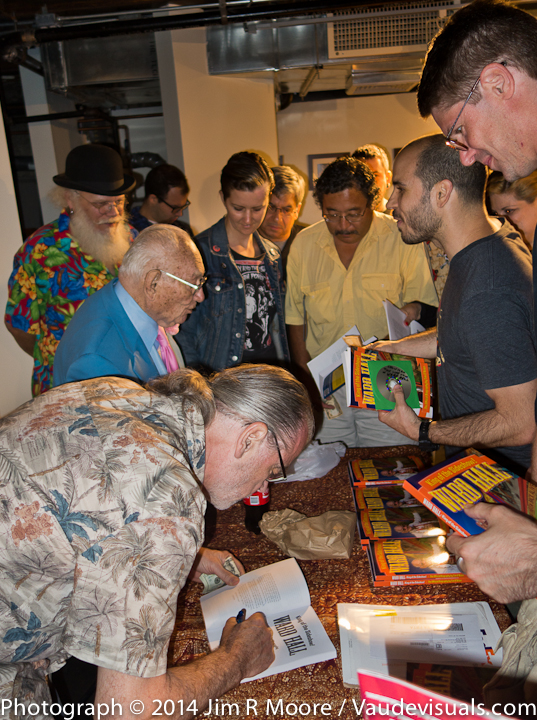 Author Tim O’Brien signs a book during the presentation for “Ward Hall -King of The Sideshow”.

The evenings festivities moved to THE ROCKSHOP where the ‘Sideshow’ was going to start any minute. 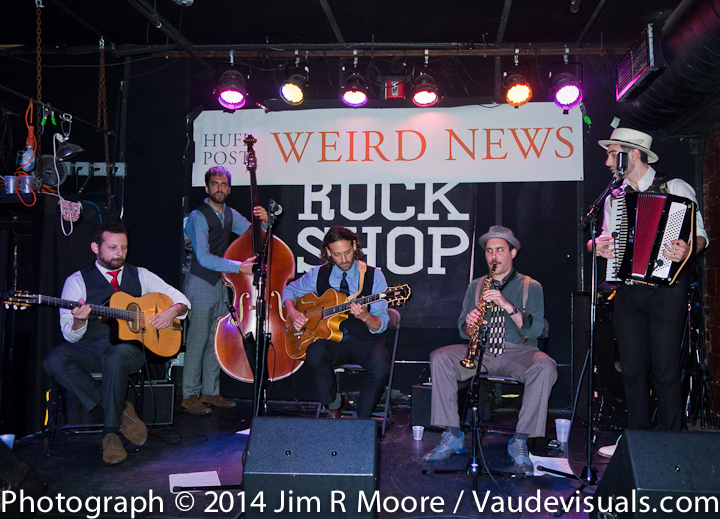 Opening the show was the wonderfully talented band The Bailsmen. 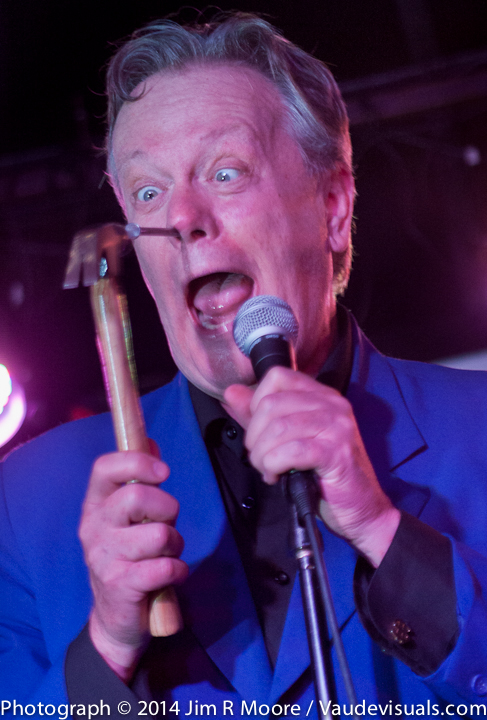 What better person to MC this amazing show that sideshow eccentric TODD ROBBINS. 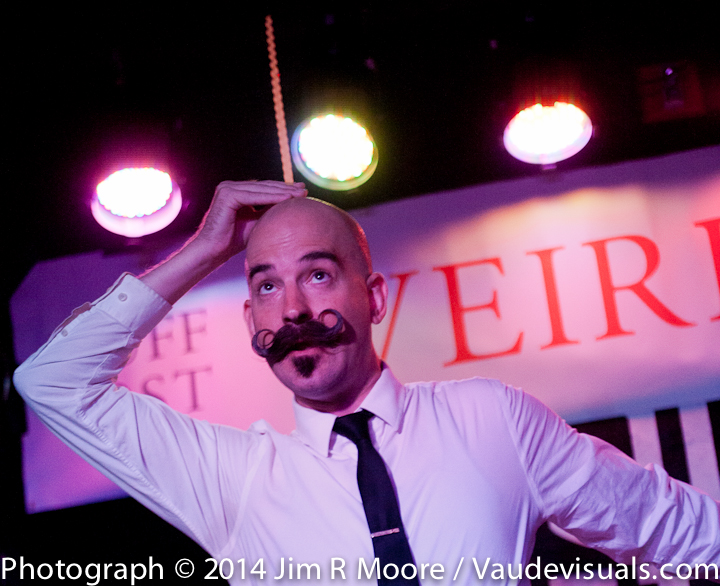 DONNY VOMIT followed Todd by using a whip to break a noodle off his head. 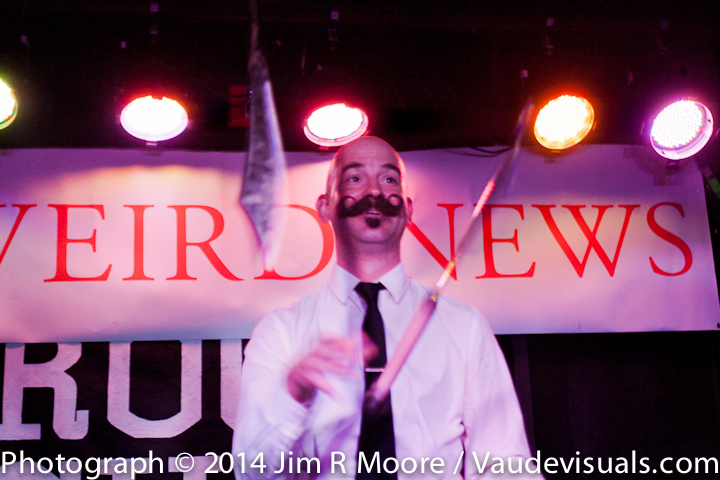 DONNY VOMIT juggles two sharp machete knives and an apple. He was able to take bites out of the apple during his act. 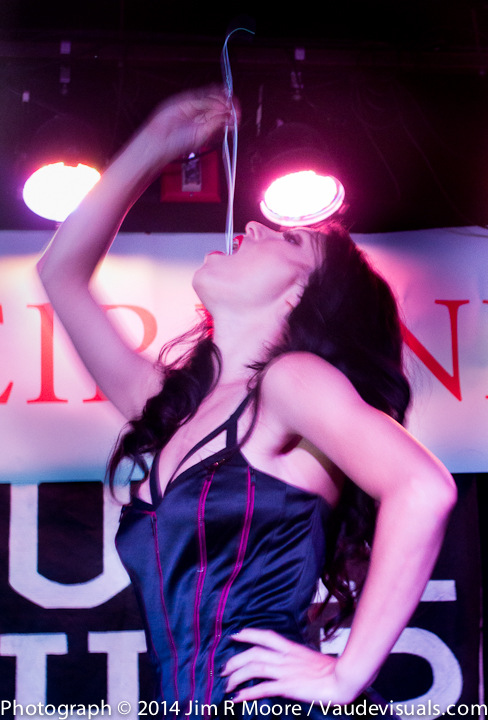 The lovely Marlena Dee was up next on stage. A rather talented young lady with looks to match. Swallow a coat hanger? Sure! 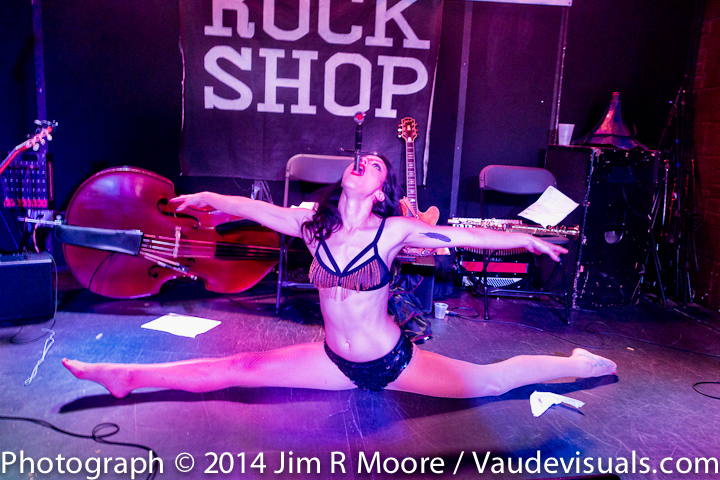 Marlena Dee swallows a sword while doing a split!

Coney Island USA’s Adam Realman takes the stage and bends a large nail in half. 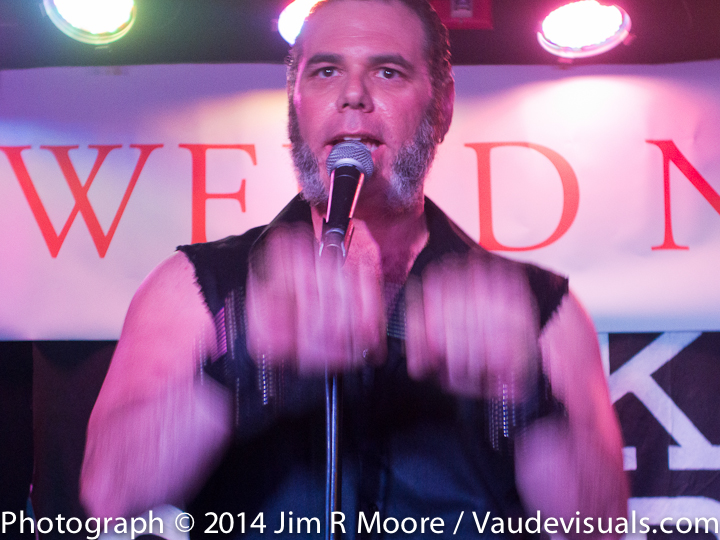 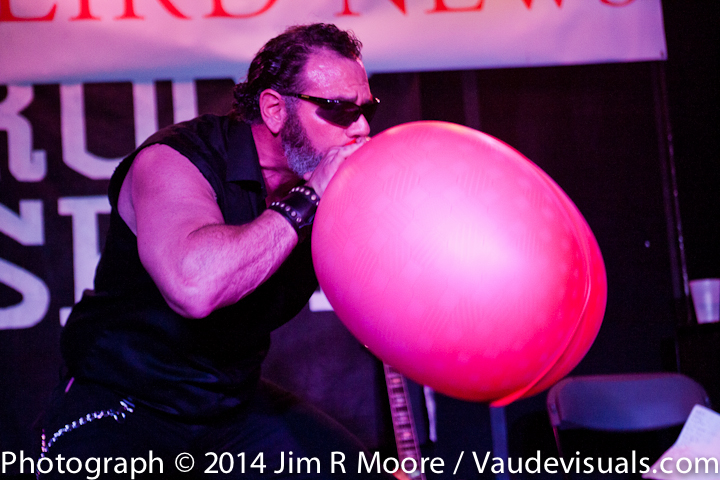 Adam Realman blows up a enima bottle until it exploded! Strong man tactics are his specialty.

Well, Ward Hall was upstairs signing books and talking sideshow with all the interested people. He came down to the stage area and gave a ‘talk’ about Todd Robbins and the sideshow shows today. 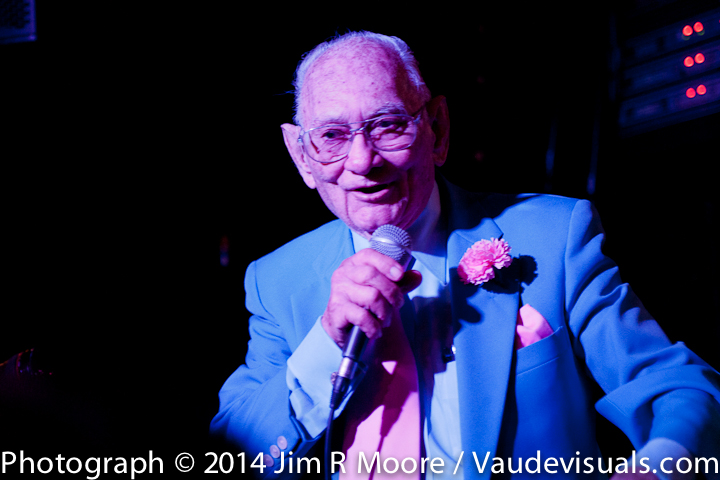 Ward Hall talks to the audience about his sideshow and the current state of affairs. 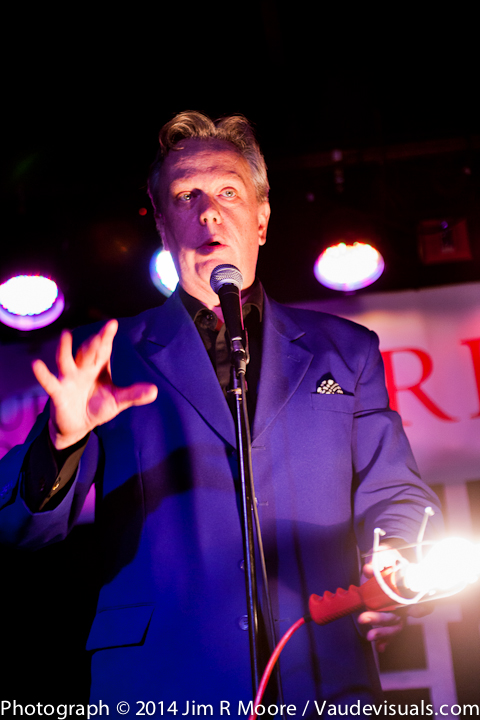 Todd Robbins lights up the room with his glass eating stunt. 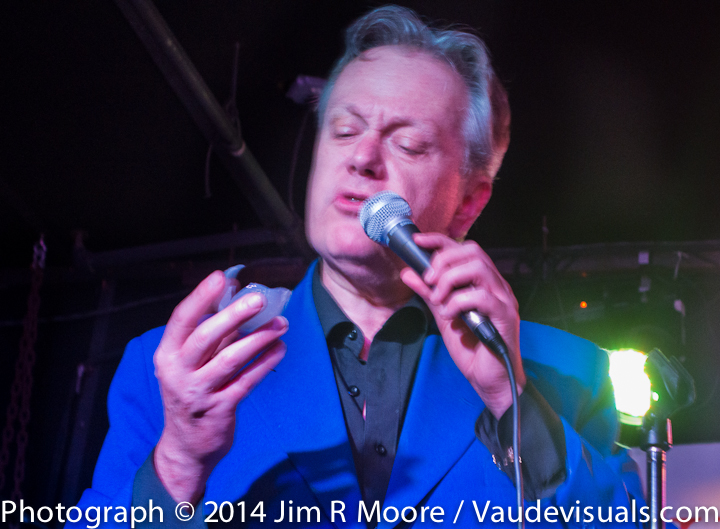 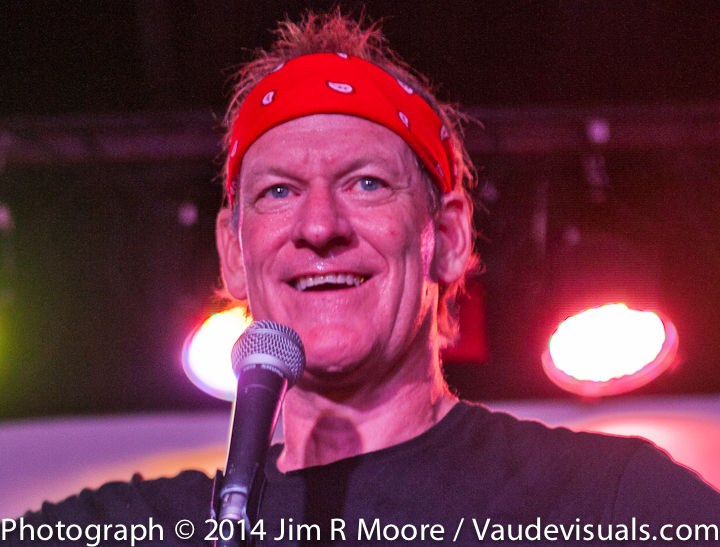 Harley Newman always has surprises for his audiences. Don’t let that big smile fool you. 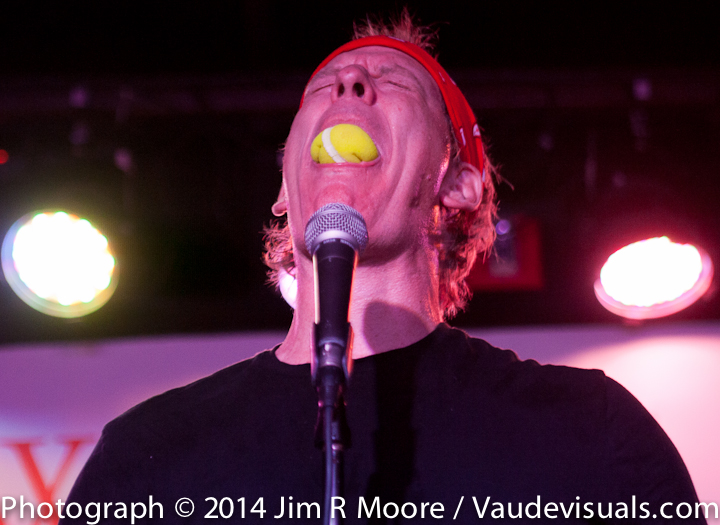 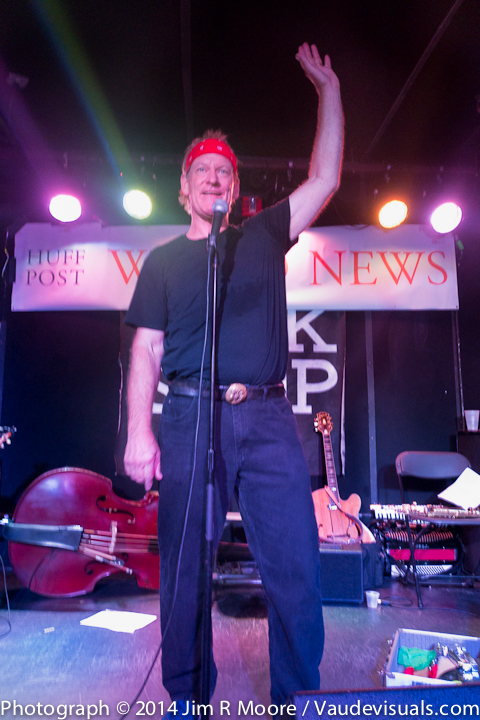 Harley Newman waves good bye to the audience after his amazing feat!