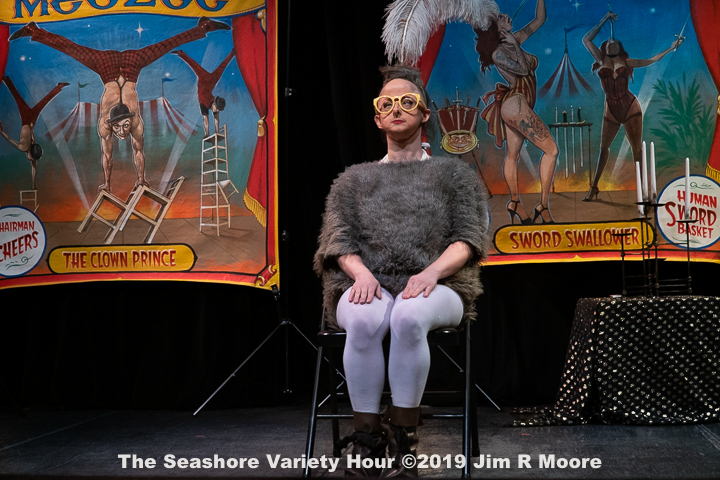 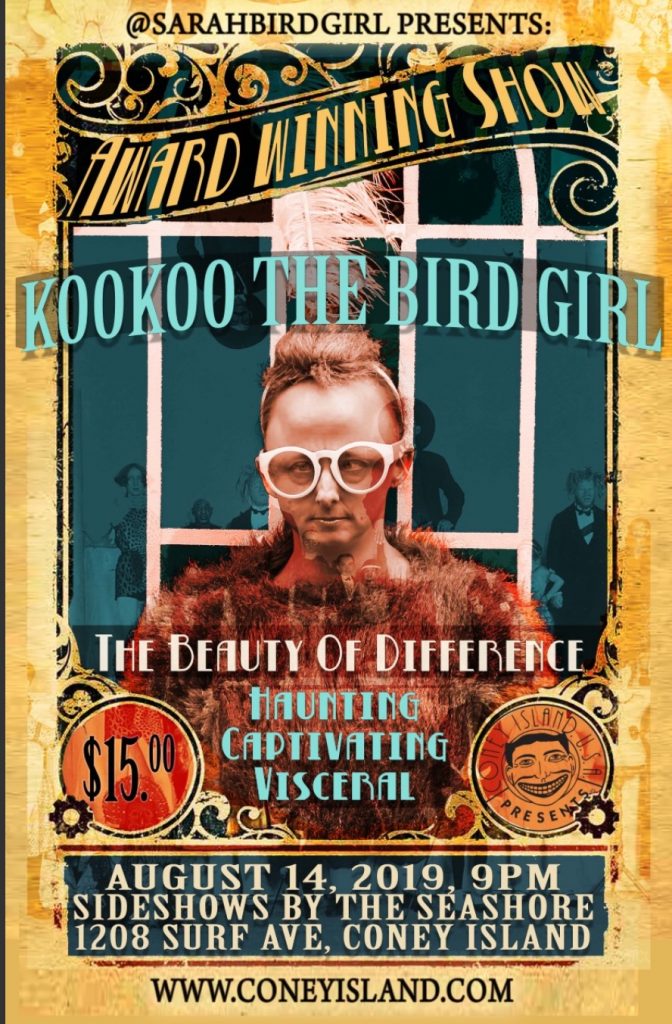 With her uncanny resemblance to Minnie, Sarah presents a haunting and visceral account of the beauty of difference and a hidden story of endurance, from the voice of a natural born freak. Koo Koo and the other unlikely stars of Tod Browning’s revolutionary film, Freaks (1932), are also honored in this performance. Significant, because the film was banned for 30 years for being too controversial, yet it is so much part of our history. Minnie went on to work at Coney Island, ensuring she was free from the life of asylums. This is a very special Coney Island show that will give you both answers and leave you wanting more.

As an internationally acclaimed circus and physical theater performer, Sarah has performed for several companies around the world, including Cirque Du Soleil. Most recently she starred as lead female in feature film ‘Reflections in the Dust’ and toured with Extant Theatre UK. She has a TEDx talk and recently spoke at the United Nations. “Koo Koo the Bird Girl” won an Australian Green Room Award 2019 for Contemporary Performance.

“This is a terrific show – intelligent, emotional and witty, and a direct challenge to the audience’s expectations about performance, identity and what it means to look and be looked at.”

“This is a performance that explores, beautifully, the capacities of the body and the self, rather than letting the differently abled body be shaped by restrictive legal, social and medical strictures that mark ‘deviance’ as a negative thing, instead of a marker of the breadth of human experience.”  – New Zealand Theater Review

“Amazing, moving and revealing… This is an important performance… ”  – Express Magazine, Nov 2015

“Houbolt’s performance evokes a frisson that every misjudged soul can recognise… Evocative… impressive… Houbolt has a gravitas earned through many years performing around the world… Her demonstration of side show is a rare treat.” – Nothing Ever Happens in Brisbane, Nov 2016

Sideshows by the Seashore