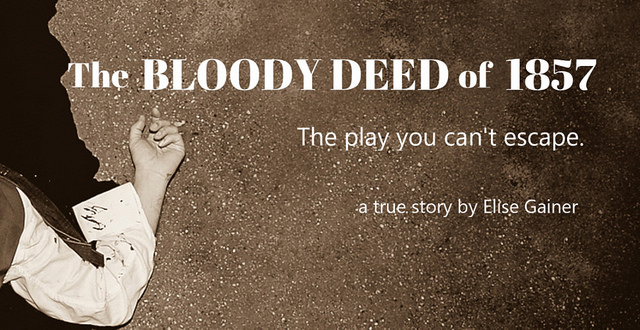 The Bloody Deed of 1857  – To Preview in Colonnade Row Parlor

True Manhattan Murder Will Immerse You In Mystery and History

Someone murdered Dr. Harvey Burdell on January 30th, 1857 in his New York City home on Bond Street. It was the most scandalous crime to occur in the city primarily because all evidence pointed at his rejected lover, a petite but conniving widower named Emma Cunningham. But the jury didn’t believe a woman could commit such a violent act. Officially, the case remains unsolved and has left restless ghosts behind to battle for eternity. Journey with us into another dimension on an immersive experience into the past. Our spirits now reside in a secret, 1833 parlor in the landmarked Colonnade Row where historic documents and actual witness testimony help to bring the truth to light.

Performances are at 8 PM on Fridays and Saturdays ~ March 2nd through March 24th. The audience is limited to 25 seats and ticket prices start at $30. The exact location will be provided upon purchase. For more details and tickets please visit bloodydeed1857.com.

Colonnade Row ~ New York’s History Salon
Built in 1832-33, this historic row of landmarked townhouses were the first conspicuously extravagant homes in New York pre-Civil War.  Inspired by palatial row houses in London and Paris as well as classic Greek architecture, the homes quickly sold out to New York’s most elite families. Astors, Delanos, Roosevelts, & Gardiners lived here as well as Washington Irving and other writers. The salon now presents historic lectures and is used as a development space for a variety of creative projects, both artistic & commercial. Special events also happen regularly and can be seen on Instagram and Facebook @colonnaderow
# # # # #