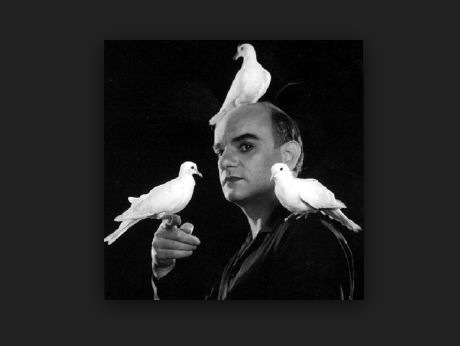 During his visit to NY last year I was fortunate to interview Steve Samuels. I met Steve when he was the General Manager of The Ridiculous Theatrical Company which was created by the brilliant Charles Ludlam. (pictured above)

I was so lucky to have seen many of The Ridiculous Theatrical Companies productions including The Mystery of Irma Vep, The Ventriloquist’s Wife, Corn, Camille, Reverse Psychology, Salammbo, The Artificial Jungle.

Steve Samuels is now producing, directing and acting in productions of his company The Magnetic Theatre Company in Asheville, NC.

In this interview he talks about his time with The Ridiculous Theatrical Company and his ever changing relationship with Charles Ludlam.

“Theater is life itself—you give people two hours of your life, onstage. Time is all we have, and sharing that with people is different from just creating an object.”

“What I do is not gay theater — it’s something much worse. I don’t ask to be tolerated. I don’t mind being intolerable.” 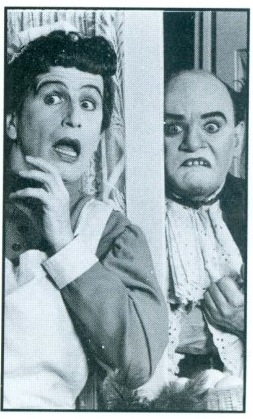 Everett Quinton (left) with Charles Ludlam in “The Mystery of Irma Vep”. 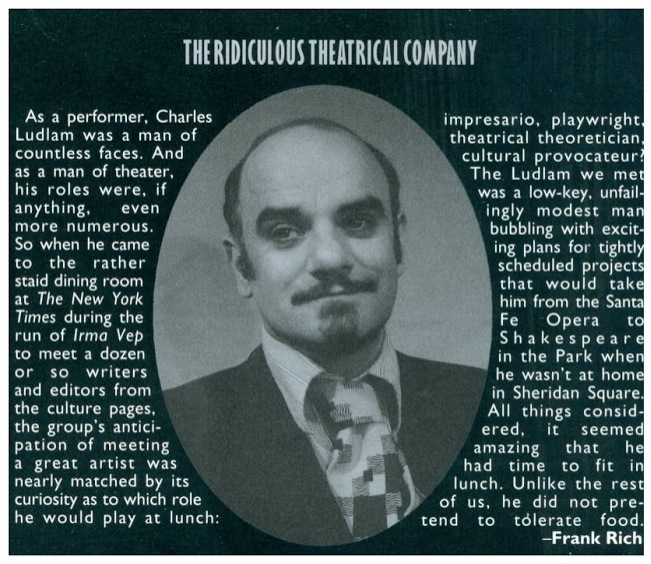 Posting in The New York Times by Frank Rich

Here is a wonderful write up on ‘Dangerous Minds‘ blog about the great and throughly researched book “Ridiculous!: The Theatrical Life and TImes of Charles Ludlam” by David Kaufman. There is also a video of Charles on the Madeline Kahn show performing in drag. Great piece of TV history.

Steve Samuels worked with David Kaufman on this book as well.