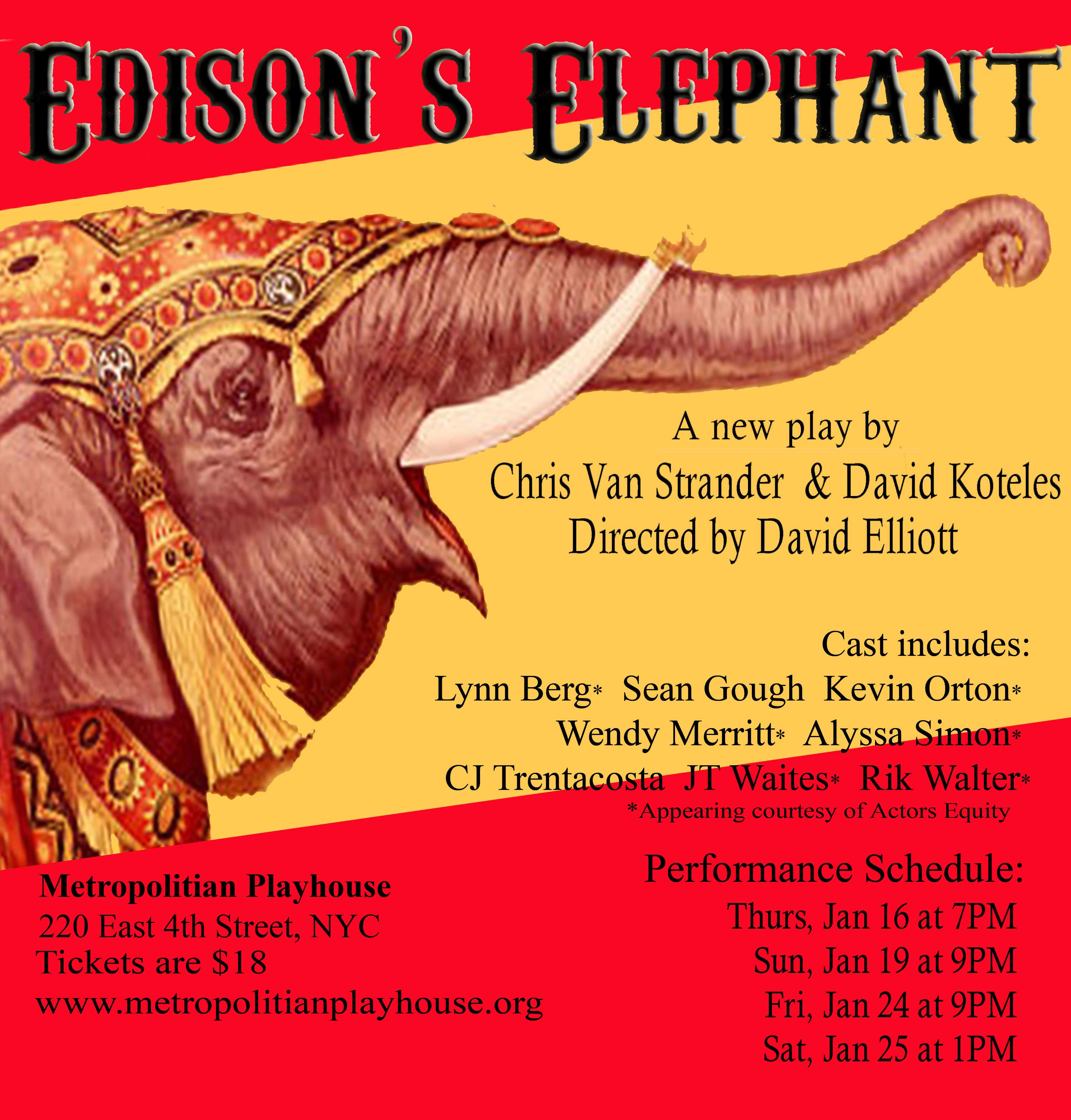 In 1903, on Brooklyn’s Coney Island, Thomas Edison electrocuted an elephant. Moreover, he filmed it, for all to witness. Based on historic accounts, Edison’s Elephant explores the life and death of Topsy, the circus elephant who, after much abuse, retaliated against those who harmed her, and who was ultimately executed for her actions-as the subject of Edison”s film Electrocuting an Elephant

Vaudevisuals Interview with Chris Van Strander and David Koteles – Co-authors of EDISON'S ELEPHANT currently being performed at 'Gilded Stage Festival' at Metropolitan Playhouse.
One of the most peculiar displays of electric power was exhibited at Coney Island in 1903 when Thomas Edison electrocuted an elephant. This play focuses on this event and the lives of people living around it and involved in it.
Throughly researched by both Chris Van Strander and David Koteles.

The play is scheduled for 4 performances. Check this link for more details.
http://bit.ly/1dZxvGG

Vaudevisuals Interview with Brian, Jahn and Shakina of "The Disappearing Man"