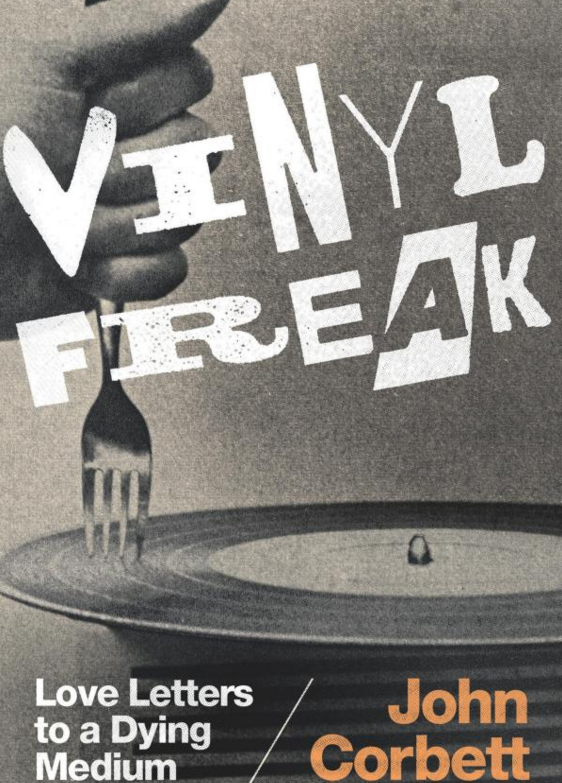 From scouring flea markets and eBay to maxing out their credit cards, record collectors will do just about anything to score a long-sought-after album. In Vinyl Freak, music writer, curator, and collector John Corbett burrows deep inside the record fiend’s mind, documenting and reflecting on his decades-long love affair with vinyl. Discussing more than 200 rare and out-of-print LPs, Vinyl Freak is composed in part of Corbett’s long-running DownBeat magazine column of the same name, which was devoted to records that had not appeared on CD. In other essays where he combines memoir and criticism, Corbett considers the current vinyl boom, explains why vinyl is his preferred medium, profiles collector subcultures, and recounts his adventures assembling the Alton Abraham Sun Ra Archive, an event so all-consuming that he claims it cured his record-collecting addiction. Perfect for vinyl newbies and veteran crate diggers alike, Vinyl Freak plumbs the motivations that drive Corbett and collectors everywhere.
~ ~ ~ ~ ~
“John Corbett has the too-rare ability to combine academic rigor with very readable prose, and he tells good stories. As an avid record collector and close listener to a broad array of music, Corbett really knows his subject. You can practically smell the musty cardboard.”
(Kevin Whitehead, jazz critic for NPR’s Fresh Air)
~ ~ ~ ~ ~
“… one of the most readable books about the arcane magic of hunting down and listening to rare and unusual albums, or even rediscovering them from your own collection.”
(Jon Newey Jazzwise 2017-06-01)
~ ~ ~ ~ ~
“[Corbett’s] new book digs deep into the culture of the vinyl lover and digs even deeper into his personal record collection. In the process, he exposes a beautiful and dusty world largely forgotten but kept alive by that dead medium known as the vinyl record.”
(Christopher Laird PopMatters 2017-06-06)
~ ~ ~ ~ ~