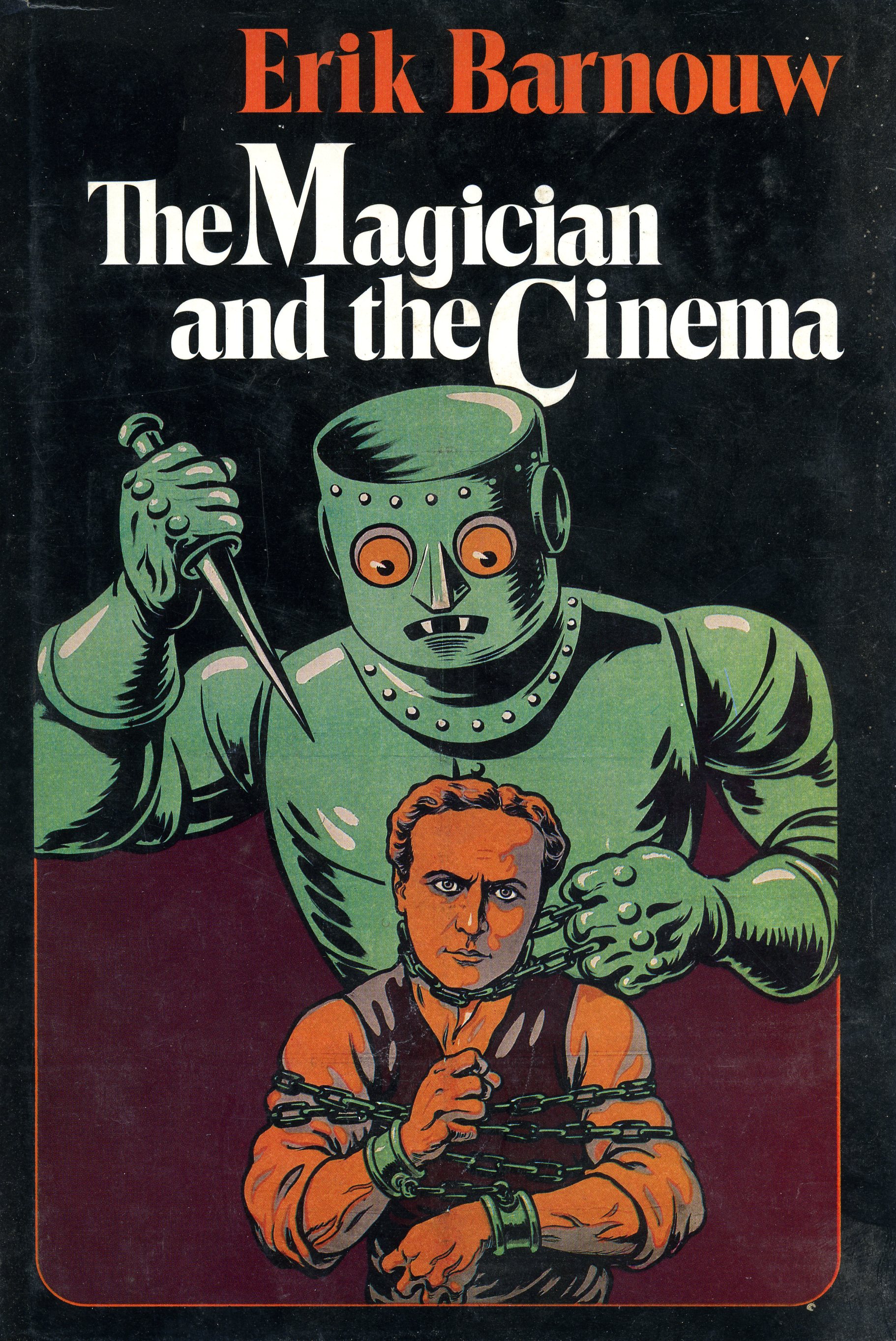 Inside of book jacket flap.

Erik Barnouw (Tube of Plenty et al.) tells an engaging story to introduce this scholarly lark: in high school, Barnouw catalogued magician John Mulholland‘s books on magic and, meeting him decades later, mentioned “how often, in exploring film history, I had come across names I had first met in his books. Had magicians had a larger role in the evolution of motion pictures than was generally recognized?”.  A rhetorical question, it quickly seems, as Barnouw conjures up–to the accompaniment of eerie posters and other archival troves–an era when “every new scientific invention had magic possibilities”; the magic lantern made apparitions materialize, and one after another future filmmaker experimented with optical trickery. Then came the Cinematographe (1895), and the scramble “for wealth and glory”–led by magician/impresario/master of special effects Georges Melies. Also in the running were Billy Bitzer, D. W. Griffith‘s chief cameraman-to-be; Albert E. Smith and J. Stuart Blackton, founding partners of American Vitagraph; and the great Houdini himself–who turned his celebrated stage feats into film climaxes. . . which, by camera magic, anyone could now perform. The irony, as Barnouw notes, was that the films displaced the magicians. Looking at the films themselves (thanks to another happy accident–the Paper Print collection at the Library of Congress, Barnouw’s present base), he traces the magic/ film intersection through several stages–from the first “”actuality bits”” (which people “readily accepted as magic””), through filmed magic “”beefed up by film trickery,”” to the trick film: ghosts, vanishings, metamorphoses, “”cheerful”” mayhem–the realm of severed heads and severed limbs. Plus: devices special to the film, like reversals, slow motion and accelerated motion. A few concluding words ponder–with reference to the “media”–the acceptance of illusions, now, as “something real.” A spiffy little addition to early film history, with outsize implications.