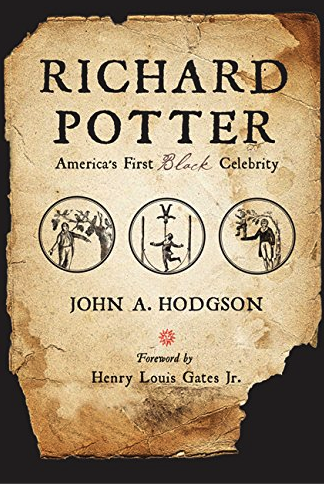 Apart from a handful of exotic–and almost completely unreliable–tales surrounding his life, Richard Potter is almost unknown today. Two hundred years ago, however, he was the most popular entertainer in America–the first showman, in fact, to win truly nationwide fame. Working as a magician and ventriloquist, he personified for an entire generation what a popular performer was and made an invaluable contribution to establishing popular entertainment as a major part of American life. His story is all the more remarkable in that Richard Potter was also a black man.

This was an era when few African Americans became highly successful, much less famous. As the son of a slave, Potter was fortunate to have opportunities at all. At home in Boston, he was widely recognized as black, but elsewhere in America audiences entertained themselves with romantic speculations about his “Hindu” ancestry (a perception encouraged by his act and costumes).

Richard Potter’s (1783 – 1835) performances were enjoyed by an enormous public, but his life off stage has always remained hidden and unknown. Now, for the first time, John A. Hodgson tells the remarkable, compelling–and ultimately heartbreaking–story of Potter’s life, a tale of professional success and celebrity counterbalanced by a racial vulnerability in an increasingly hostile world. It is a story of race relations, too, and of remarkable, highly influential black gentlemanliness and respectability: as the unsung precursor of Frederick Douglass, Richard Potter demonstrated to an entire generation of Americans that a black man, no less than a white man, could exemplify the best qualities of humanity. The apparently trivial “popular entertainment” status of his work has long blinded historians to his significance and even to his presence. Now, at last, we can recognize him as a seminal figure in American history. 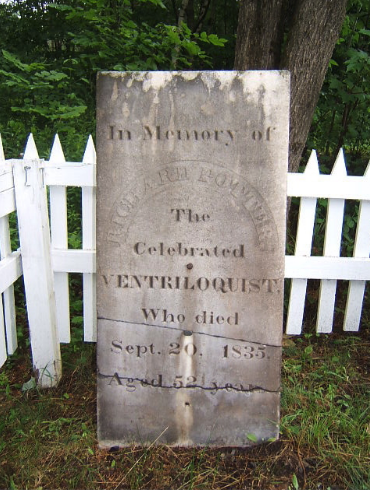 The book can be purchased here.