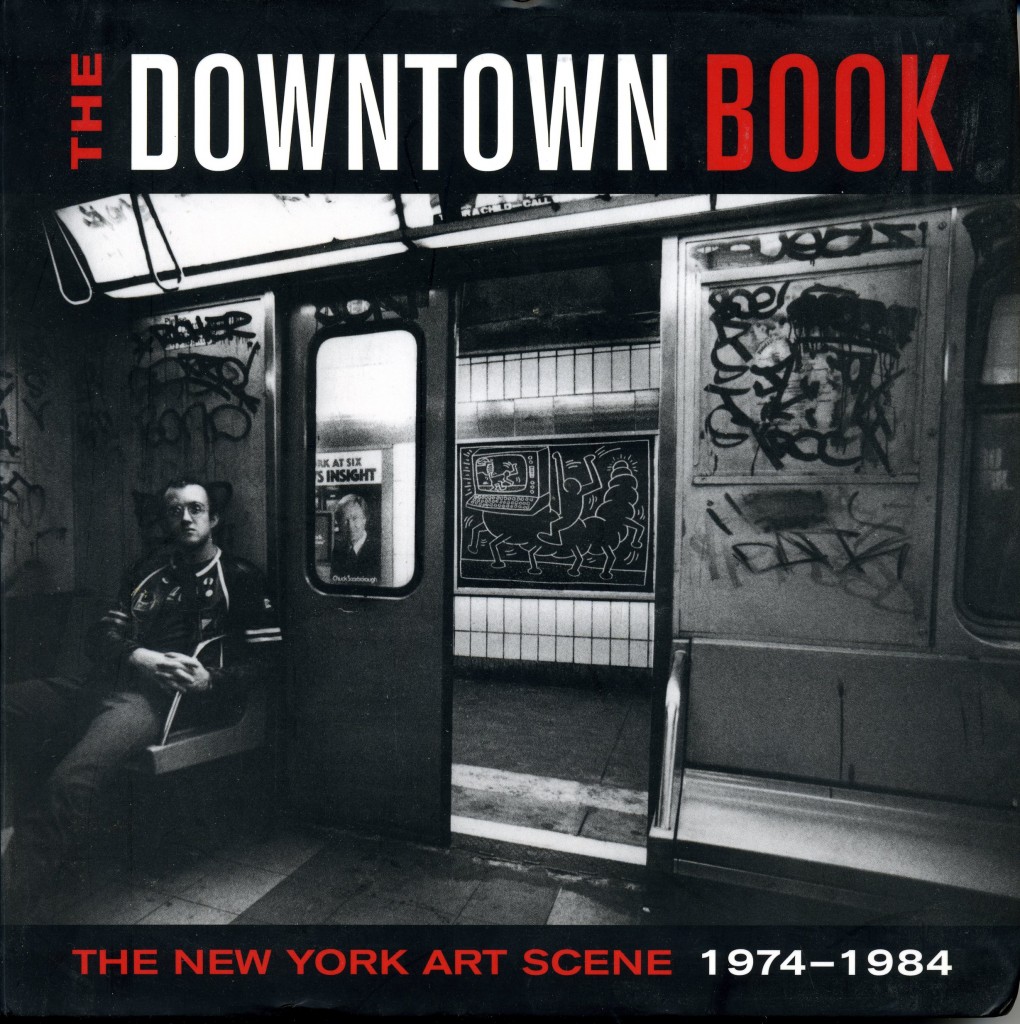 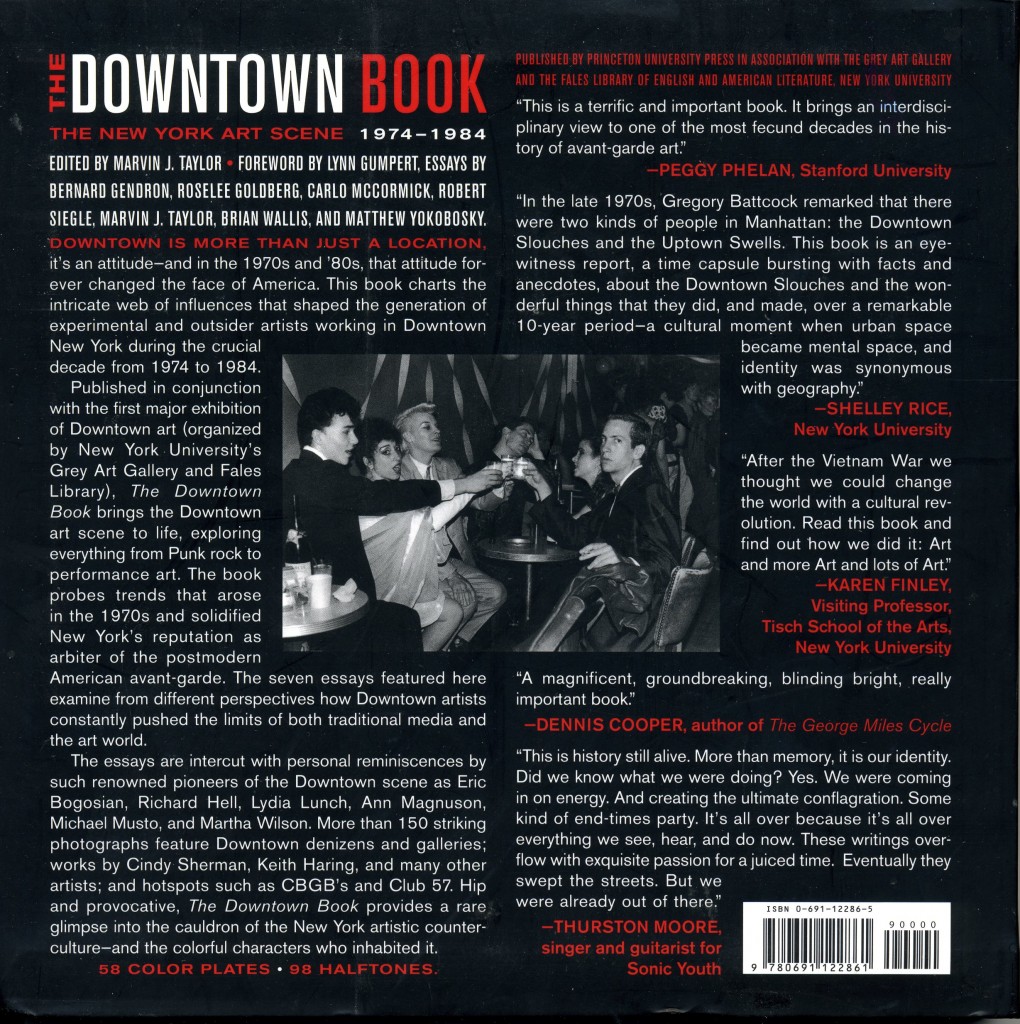 Downtown is more than just a location, it’s an attitude–and in the 1970s and ’80s, that attitude forever changed the face of America. This book charts the intricate web of influences that shaped the generation of experimental and outsider artists working in Downtown New York during the crucial decade from 1974 to 1984. Published in conjunction with the first major exhibition of downtown art (organized by New York University’s Grey Art Gallery and Fales Library), The Downtown Book brings the Downtown art scene to life, exploring everything from Punk rock to performance art.

The book probes trends that arose in the 1970s and solidified New York’s reputation as arbiter of the postmodern American avant-garde. By 1974, the hippie euphoria of the previous decade, with its optimism, free love, and paeans to personal fulfillment, was over. In its place emerged a new kind of experimentation–in art, sex, drugs, and rock and roll. The seven essays featured here examine from different perspectives how Downtown artists constantly pushed the limits of both traditional media and the art world. Art critic Carlo McCormick addresses the energy, power, drugs, and nonstop erotic motion that propelled the scene. Music historian Bernard Gendron explores how minimalism, loft jazz, and Punk all occupied the same Downtown spaces. RoseLee Goldberg, the noted scholar and critic of performance art, looks back at ten years of its ascendancy Downtown. English professor Robert Siegle casts a critical eye on the literature of the Downtown scene. Librarian and archivist Marvin J. Taylor surveys Downtown as both geography and metaphor, and grapples with the question of how best to organize and preserve materials that often challenge the very notion of the archive. The book also includes seminal essays on the critical theories underlying Downtown art, by Brian Wallis; and on Downtown film, by Matthew Yokobosky.

The essays are intercut with personal reminiscences by such renowned pioneers of the Downtown scene as Eric Bogosian, Richard Hell, Lydia Lunch, Ann Magnuson, Michael Musto, and Martha Wilson. More than 150 striking photographs feature Downtown denizens and galleries; works by Cindy Sherman, Keith Haring, and many other artists; and hotspots such as CBGBs and Club 57. Hip and provocative, The Downtown Book provides a rare glimpse into the cauldron of the New York artistic counterculture–and the colorful characters who inhabited it.

“In the late 1970s, when Gregory Battcock and I were both writing art columns for the Soho Weekly News, he divided Manhattan into two kinds of people: the Downtown Slouches and the Uptown Swells. This is a book filled with facts and anecdotes, told by astute eyewitnesses and not detached scholars, about the Downtown Slouches–and the wonderful crazy things they did, and made, over a remarkable ten-year period. All of the contributing writers and artists emphasize one crucial issue: for everyone living and working below Fourteenth Street at that time, identity was synonymous with geography–urban space was our mental space. We were refugees from the America of the 1950s and 60s, outcasts of the suburbs and the shopping malls. We wrote, painted, performed and played music in grateful homage to our spiritual home–and our offerings have borne fruit, as this book makes abundantly clear, by illuminating the history of American art.”–Shelley Rice, New York University

“After the Vietnam War we thought we could change the world with a cultural revolution. Read this book and find out how we did it: Art and more Art and lots of Art.”—

“This is history still alive. More than memory, it is our identity. Did we know what we were doing? Yes. We were coming in on energy. And creating the ultimate conflagration. Some kind of end-times party. It’s all over because it’s all over everything we see, hear, and do now. These writings overflow with exquisite passion for a juiced time. Eventually, they swept the streets. But we were already out of there.”––