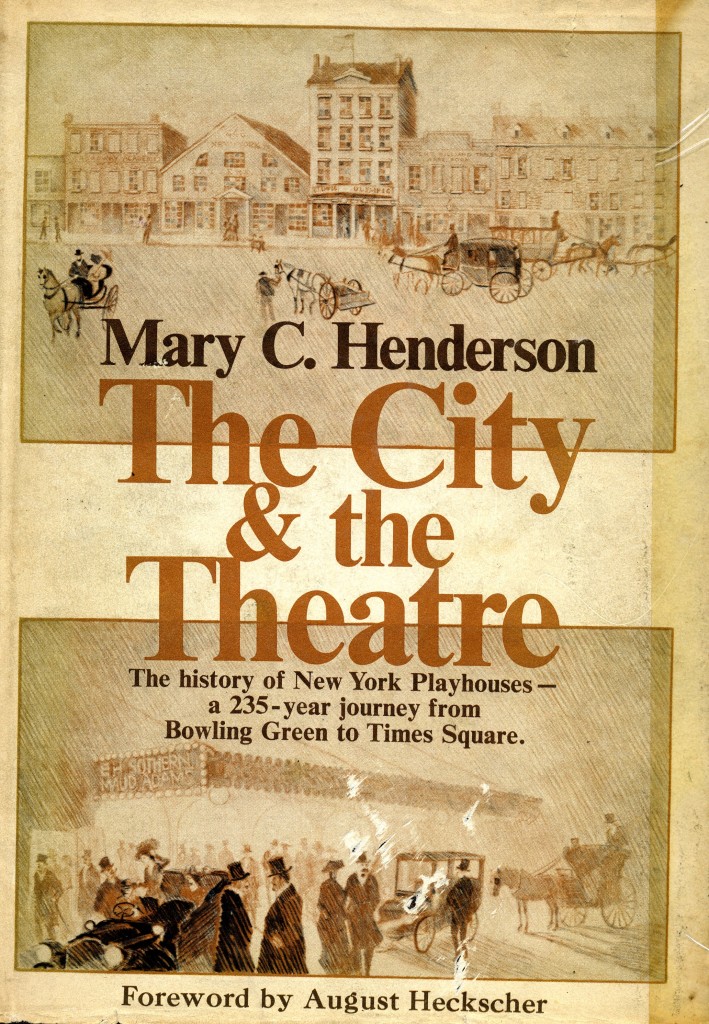 “Whatever happens, the information and the images in this book provide us with food for reflection and many pleasant recollections of the way things have been in the past.”  Forward by August Heckscher

One of my favorite books when I want to go down memory lane and experience the plentiful theatres that marked New York City’s landscape throughout it’s colorful history.

Written by Mary C. Henderson and published in 1973.

(Mary C. Henderson was Curator of Museum of The City of New York)

Here is the forward by August Heckscher. 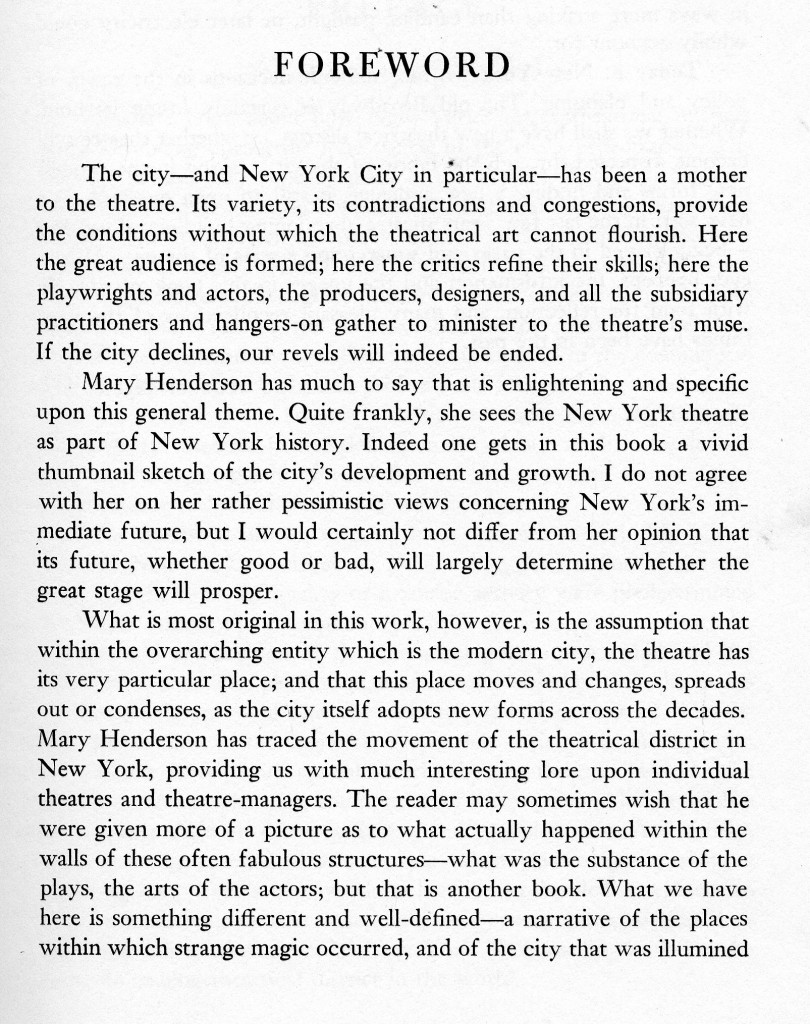 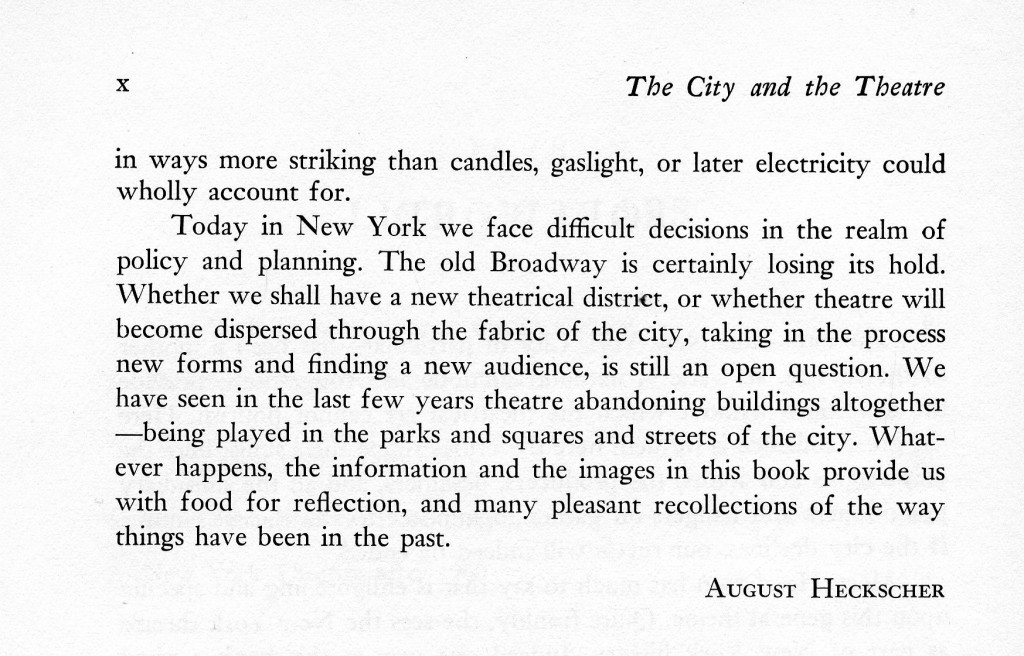 Remarkably well researched and immensely entertaining, this definitive history of theater in New York City spans more than three centuries and relates the development of theater to the social, political, economic, and cultural climate of the time. Readers learn that it was in 1699 that a petition was first made for a license to perform plays in Manhattan and that 30 years later the first theater opened in Manhattan. From colonial New York, the story continues through the 20th century to the birth, and rebirth, of the theater district in Times Square and the revitalization of 42nd Street in the mid-1990s. An A to Z listing of every Broadway theater ever to exist is also included. Each listing features a photograph or illustration of the theater, its address, the architect, the opening production, historical information, and, if applicable when the theater was demolished.

I met Mary when I was doing research for my book on ‘Quick Change’ in American Vaudeville. (which I never completed)

She was generous with her time and her patience was plentiful in dealing with my request about this very obscure topic. 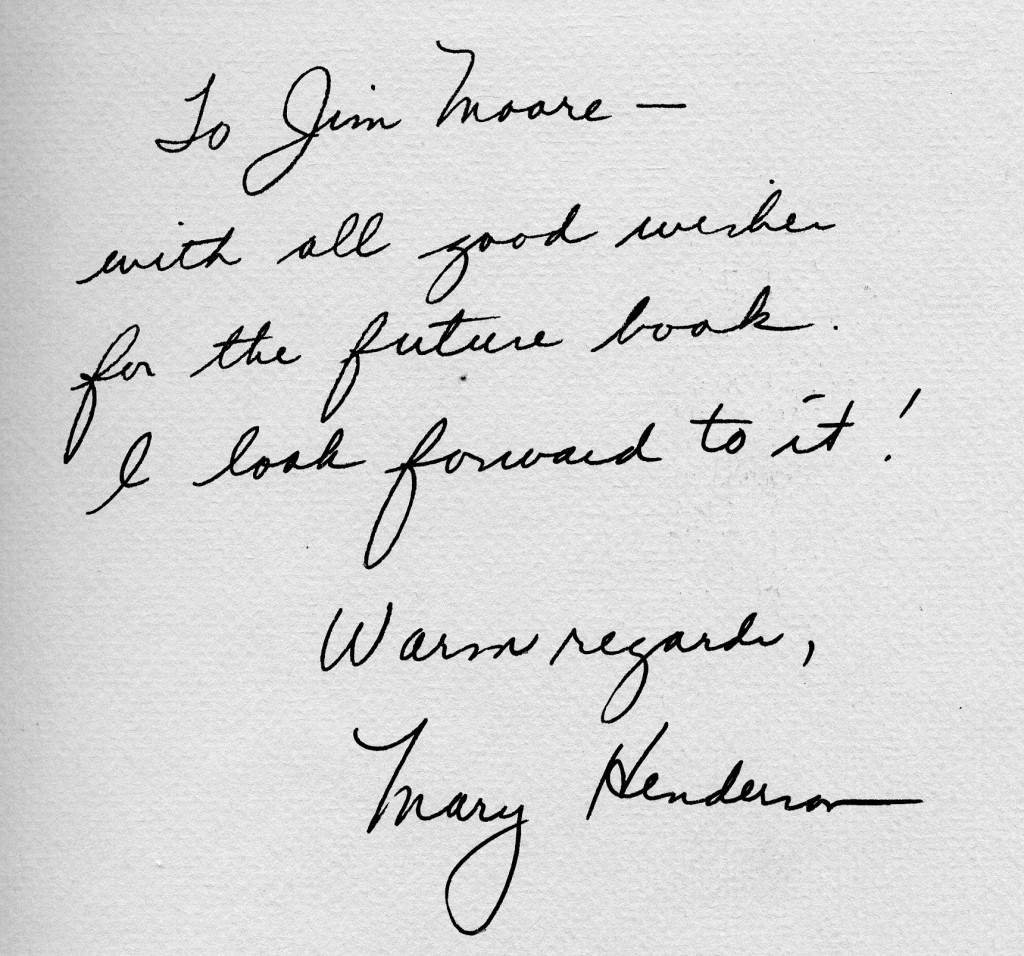