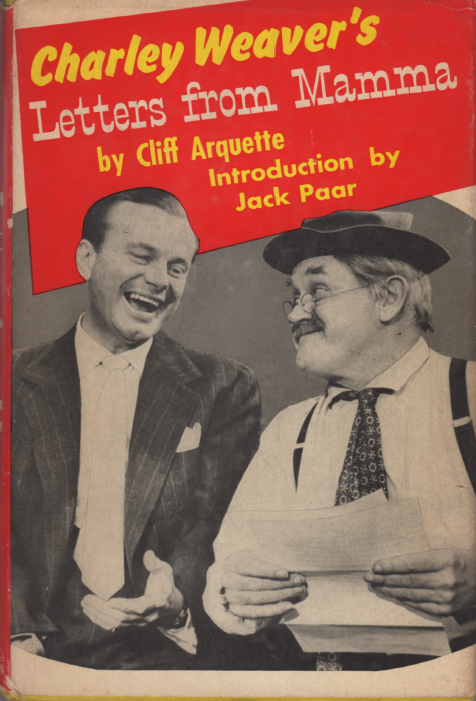 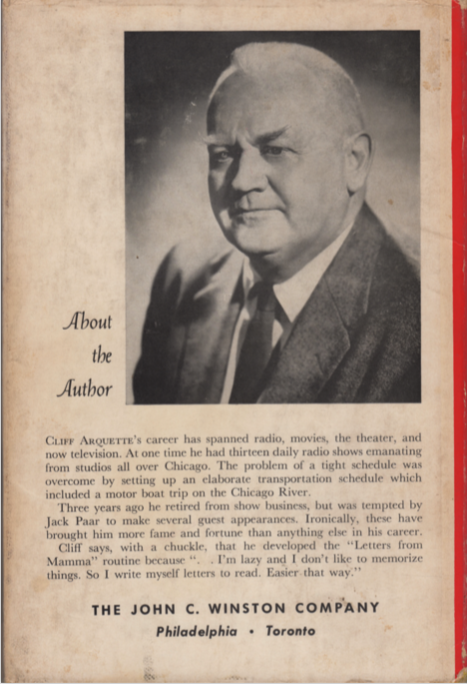 Look what I found in my storage closet. A long lost classic from early TV. Copyright ©1959.

Clifford Charles Arquette (December 27,1905 – September 23, 1974) was an American actor and comedian, famous for his persona, played on numerous television shows, of Charley Weaver.

Arquette was born on December 27, 1905, in Toledo, Ohio, as the son of Winifred Ethel (née Clark) and Charles Augustus Arquette, a vaudevillian. He was of part French-Canadian descent, and his family’s surname was originally “Arcouet”. The eventual patriarch of the Arquette show business family, Arquette was the father of actor Lewis Arquette and the grandfather of actors Rosanna, Richmond, Patricia, Alexis, and David Arquette. In his early career, Arquette was a nightclub pianist, later joining the Henry Halstead orchestra in 1923.