“If we could get beyond the concept of betterness and embrace otherness maybe then we’d have a shot at respect for all living beings!”

From ‘Atomic Clown‘ by Sara Moore 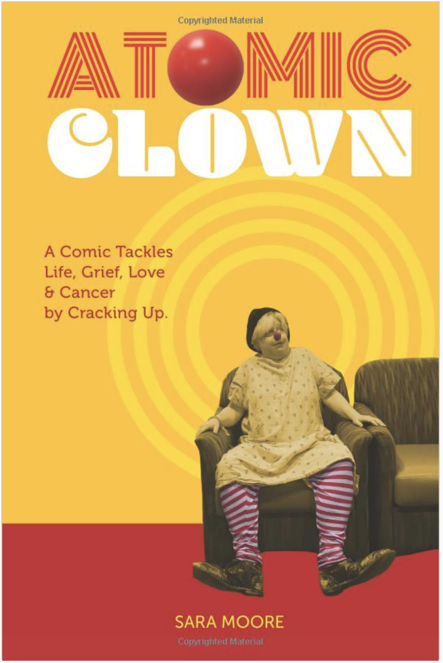 Atomic Clown is a whimsical memoir by celebrated clown & “human cartoon” Sara Moore about surviving grief, heartbreak & cancer by laughing in the face of it all. This colorful jolly-rancher of a book, designed by Fernando Gambaroni, chronicles Moore’s adventures in cancer treatment, donning big shoes & various comic guises, with the wonderful staff of Kaiser Permanente Oncology & Radiology. Accompanied by insights, musings and testimonials, we hope this effort will inspire others to venture where the humor meets the humanity! 80% of the sales of this book will benefit San Francisco’s Medical Clown Project whose mission is to bring joy and laughter to patients in healthcare facilities throughout the Bay Area. The rest will buy donuts for Fernando and Sara’s clown students! 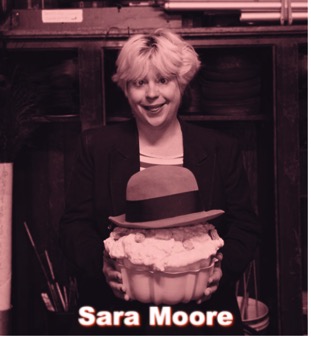 Sara Moore is an award winning, critically acclaimed American clown. She brings to the leadership of Clown Conservatory over three decades of experience as a performer, writer, educator and filmmaker. Her substantial body of creative work covers the full spectrum of clowning and spans multiple media, from the big top to film and stage, including Ringling Bros., The Krofft Puppets, New Pickle Circus, Make*A*Circus, Circus Bella, cruise lines, Off-Broadway, regional theatre, guerilla busking and as the comic foil in huge shows for entertainment tycoon Merv Griffin who dubbed her “The New Fanny Brice.” Hailed by critics as a “21st century Pagliacci,” her trademark Human Cartoon productions include her effusively reviewed tour de force Show Ho as well as Wunderworld, The Supers, Cyclones, The Secret Life of Custodians & Noses Off!