I like to think about the World Trade Center pre 9/11.

I always liked the design and look of the towers unlike many other NY’ers. 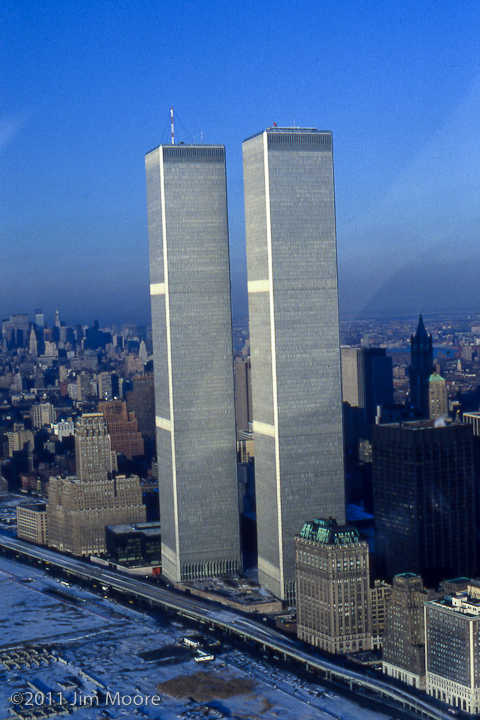 Photograph I took from a helicopter during the construction of the buildings. (Circa June 1974) 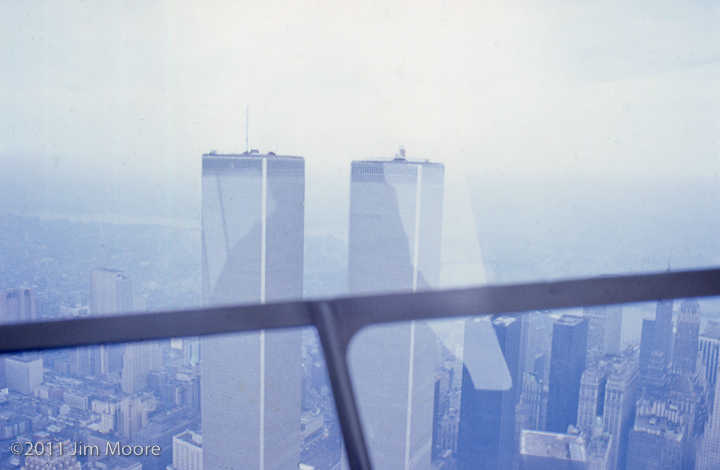 Another view of the still unfinished WTC towers from the helicopter.

Having been part of the Philippe Petit WTC exploratory team I visited the North and South towers many times thru the back stairwell.

Climbing 110 flights and then documenting the roof of the two towers for possible ‘rigging’ connections for Philippe’s clandestine walk.

One one of the first trips we did to the towers I took many photographs of Philippe. 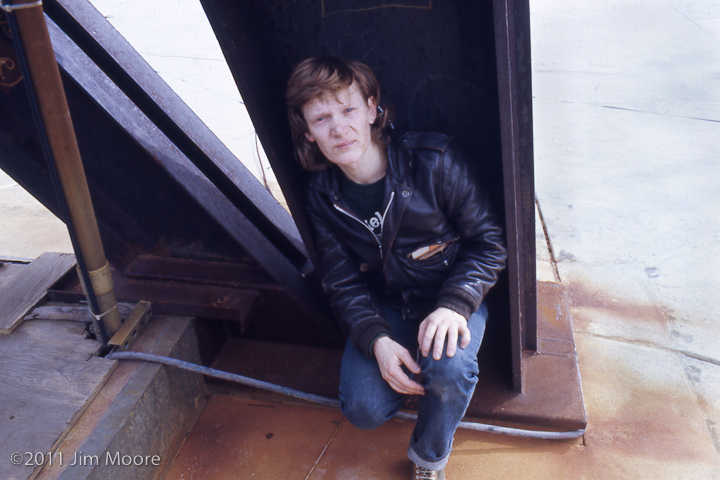 Philippe Petit sitting under one of the ibeams on the North Tower of the WTC.

I can’t forget the day 9/11 happened. I was working on the West Side Highway about 15 blocks north of the tower.

I ran out of my work place to see the second plane hit the tower and watched both of them collapse. It was a very insane moment.

Hundreds, if not thousands of people were rushing up the Westside Highway trying to escape the turmoil and chaos of the event.

Having walked up the back stairwell of both towers on numerous trips I couldn’t comprehend the disaster in front of my eyes at that moment.

Philippe would fly into New York for planning his proposed walk and we would meet up and plan a visit to the towers.

One of of these many trips we made to the top of the buildings  Philippe stopped on one of the floors and marked on the still unpainted sheet rock a drawing of his ‘high-wire’ walks that he had done and of course the one he was about to do! 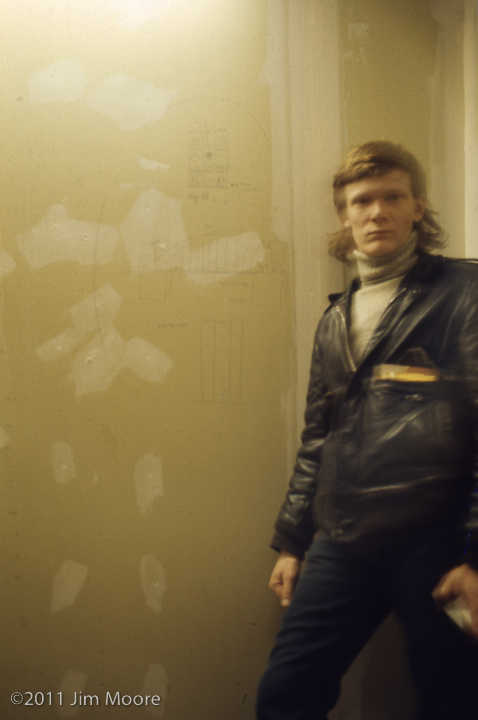 Philippe Petit with his drawing on the wall of Syndney Harbor Bridge, Notre Dame and WTC.

This and other photographs that I took of Philippe before he walked on the wire were used in the Oscar winning Doc MAN ON WIRE.

Here is a seldom seen newscast from that special day in August 1974.

Here is a photograph taken of me doing a handstand on the edge of the North Tower with uptown Manhattan in the background. 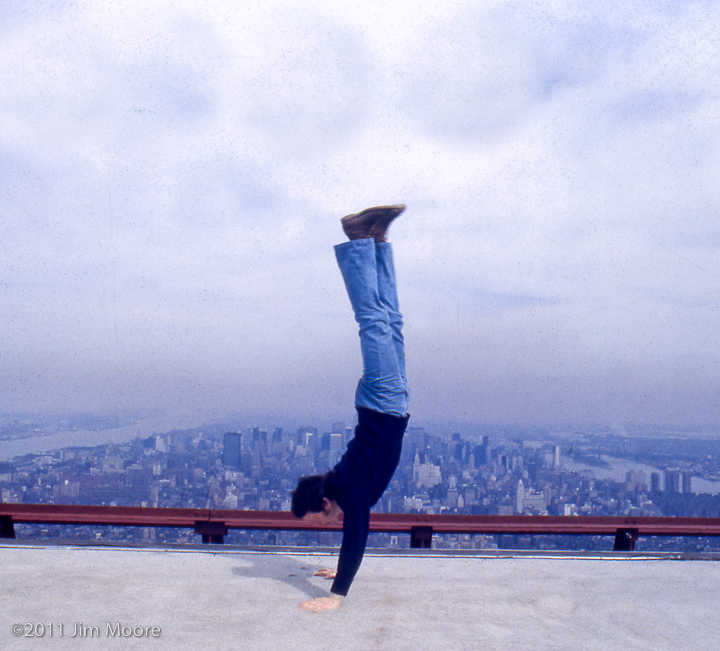 One of his other books which is a wonderful treatise on Highwire is “On the Highwire“. A collector’s item nowaday.