When I first became aware of Tom Murrin and his ‘aka’ The Alien Comic he had been performing for many years.

His work in the ‘performance art’ community is very significant and he has many admirers and friends to prove it.

This is a photograph I took of Tom at Dixon Place when it was located on East 1st Street. 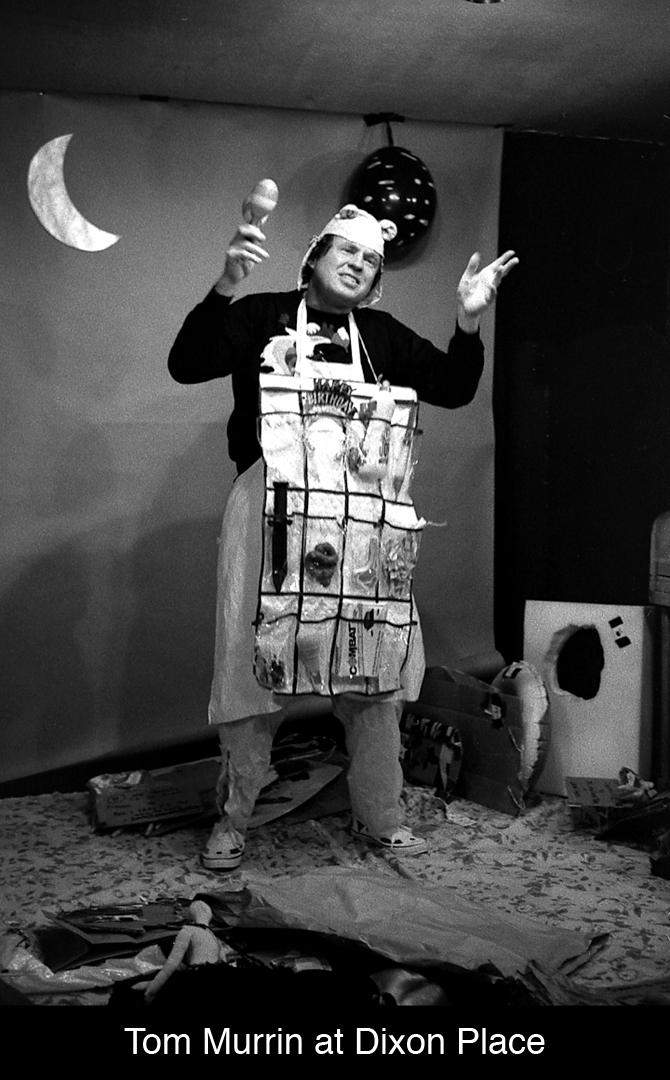 Tom Murrin performing at Dixon Place in the alternate persona “The Alien Comic”.

I got to know Tom and as my work developed I began doing interviews with performers I liked.

In this last year I photographed many of Tom’s show and always had trouble focusing my camera because I really wanted to listen and absorb Tom’s delightful, heartfelt, political, funny, intelligent and aspiring stories.

Here are  few shots I did in the last year during Tom’s shows. 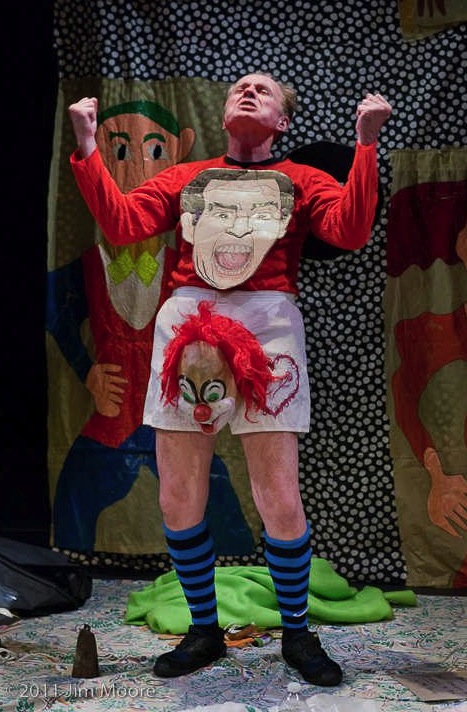 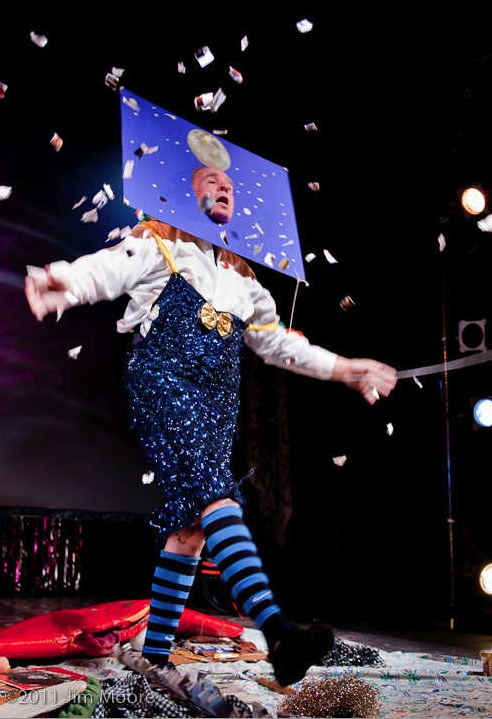 Tom Murrin performing in the Full Moon Show at LaMama

Everyone I  know who knew TOM MURRIN will miss him dearly. His love for the art, community, friends and family are still with us.