Here are a few photographs from the evening’s reading with captions by Peculiar Works Project. 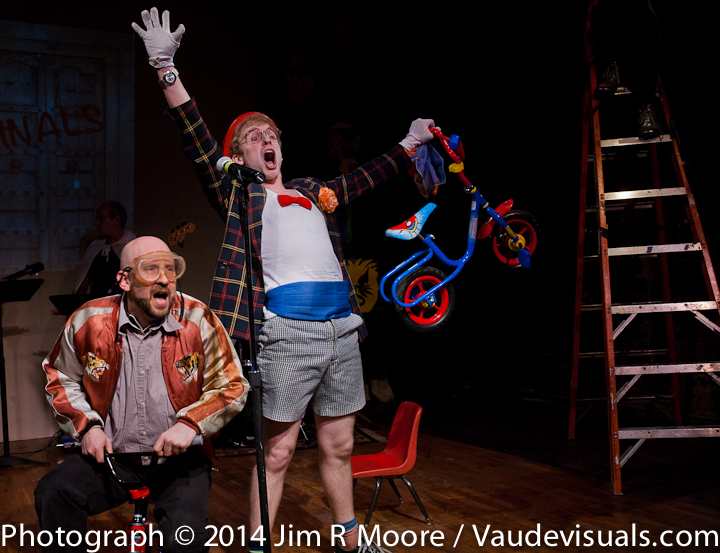 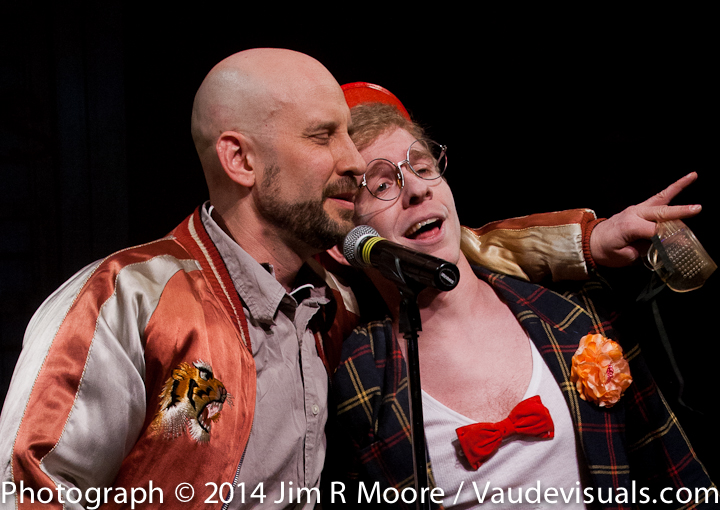 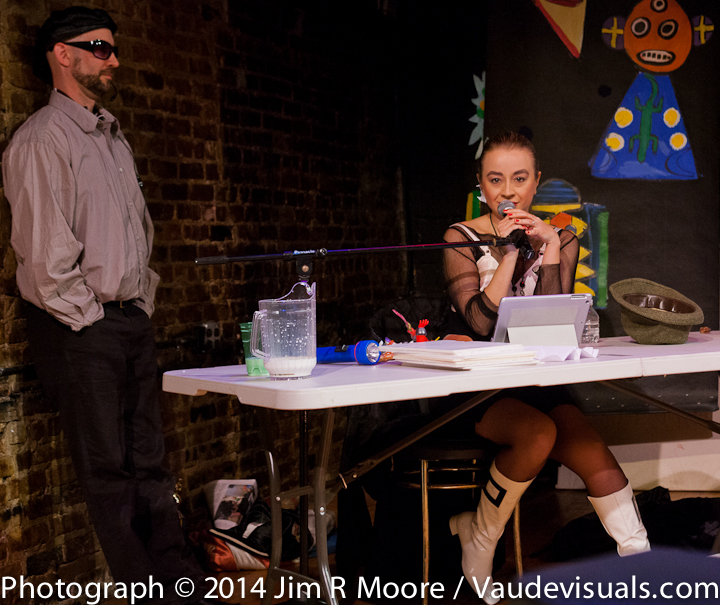 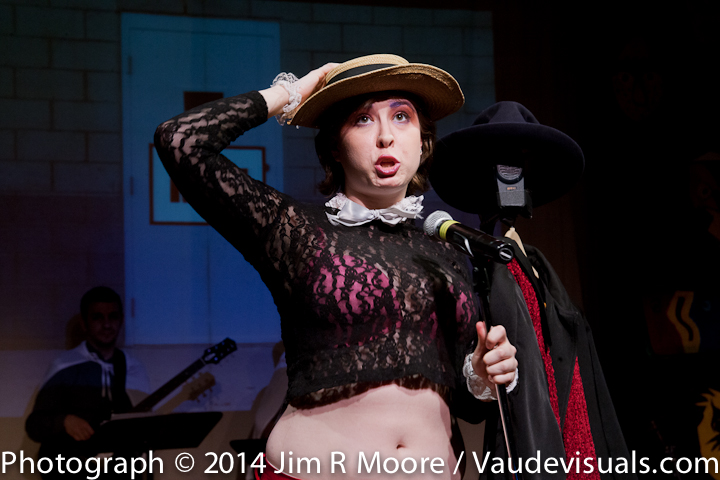 A little girl (Caiti Lattimer) is stalked by a nefarious walkie-talkie puppet. 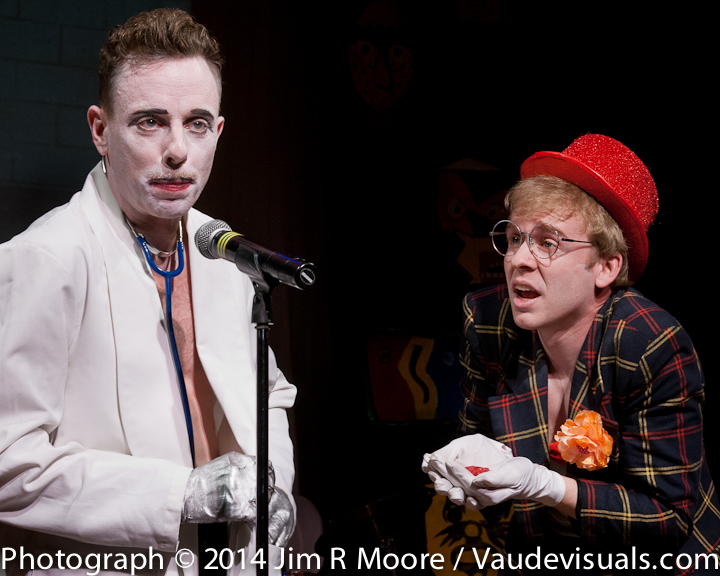 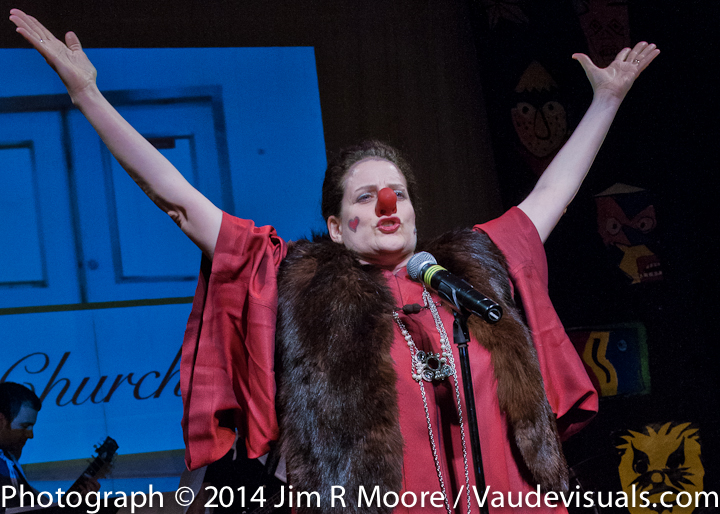 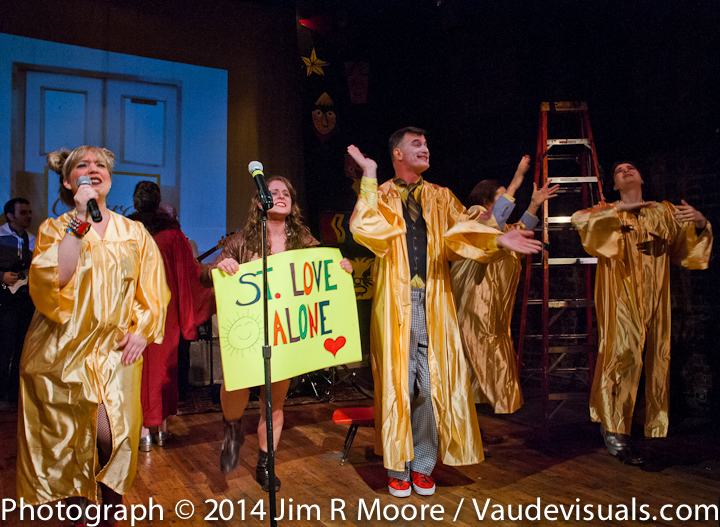 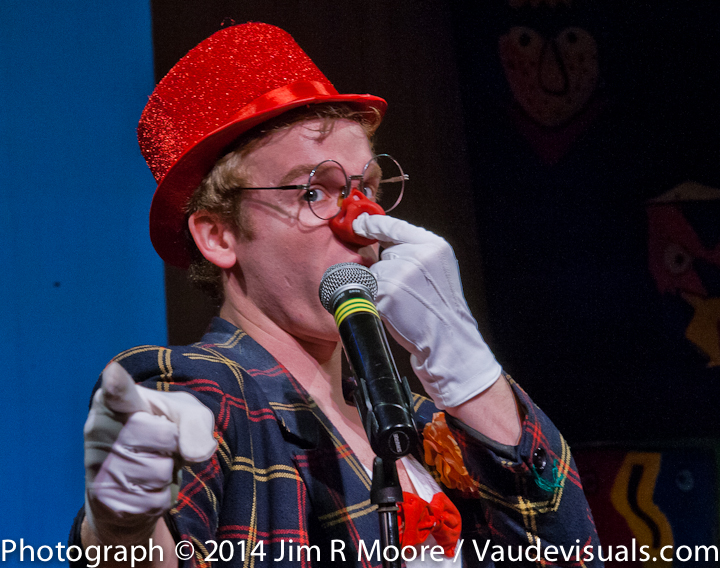 Kevin’s Arthur Jr. thinks we hit it on the nose, but St. Love’s hand-me-down protuberance is not long for this world. 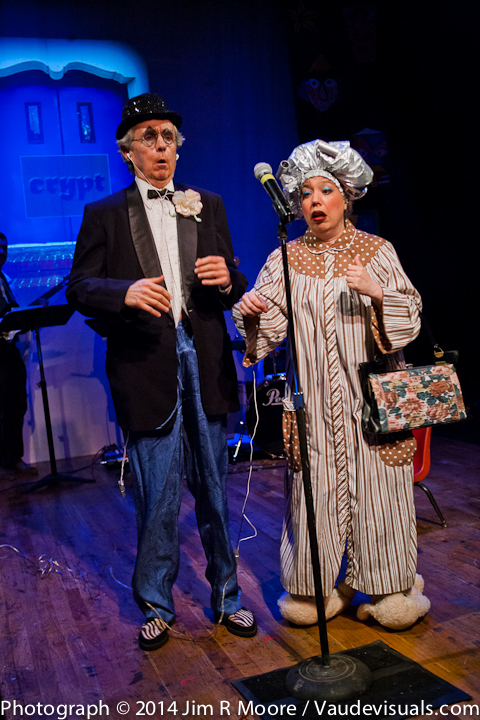 Arthur Sr. and Mom died in their sleep, but Stan Baker and Megan Cooper brought them back to life. 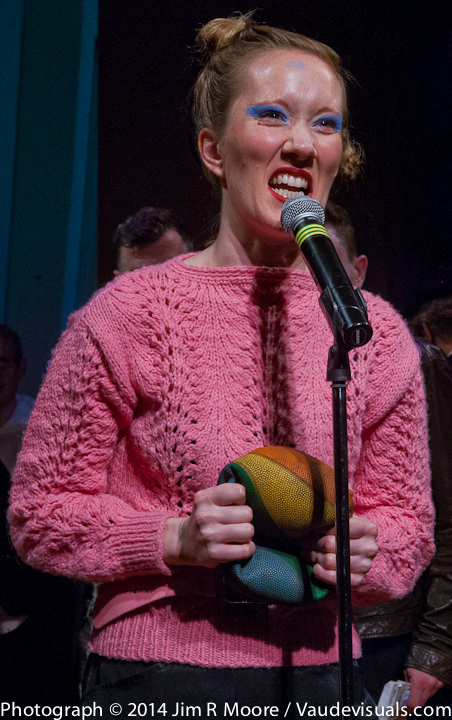 In this peculiar play, one character starts as a make-up artist and ends as the President’s exercise instructor – and Joyce Miller made it work. 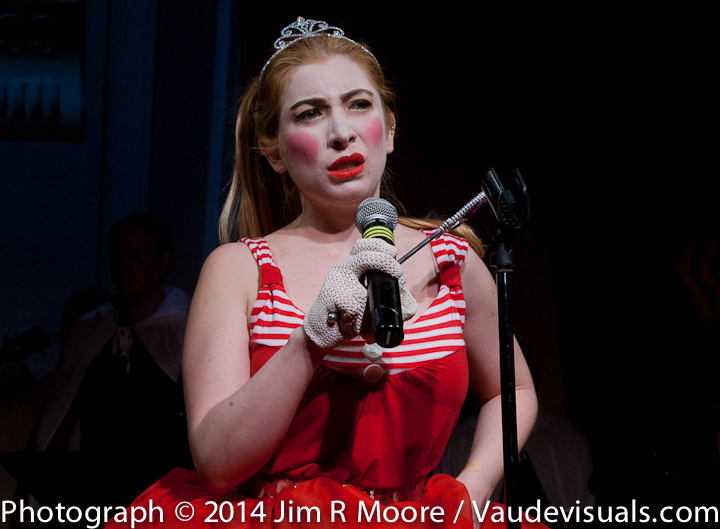 Cristi Castro as Aphasia struggles to recall the lyrics to a song she can’t sing. 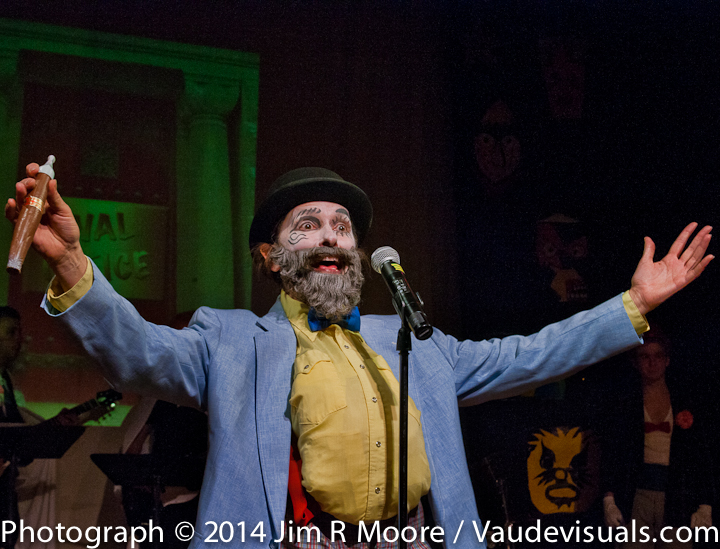 Tom Murrin (1939–2012) was best known as a pioneering performance artist of the East Village scene, turning trash into treasure in his uniquely entertaining shows. But he began as one of the first generation of La MaMa playwrights and continued to write and present plays throughout his life. His influence on generations of artists spanning theater, performance art, and dance was profound and continues today.

The OBIE award-winning Peculiar Works Project creates, develops and presents original multi-disciplinary performances that are accessible and fun for diverse audiences. Since 1993, we’ve performed in unconventional spaces because we believe unique sites impact our work, the work in turn impacts the site, and audiences then experience both in surprising new ways. We encourage collaboration, experimentation and a rebel spirit in artists by providing them with the tools and opportunities necessary to develop new alternative performances. We have presented site-specific productions in landmark buildings, gutted storefronts and other peculiar sites throughout NYC.