In a ‘tiny’ basement at the Sycamore Bar there is a variety showcase that is quite ‘dangerous’ and really ‘fun’.

To start the show off they presented a young man who has been in South America studying clown for some time. 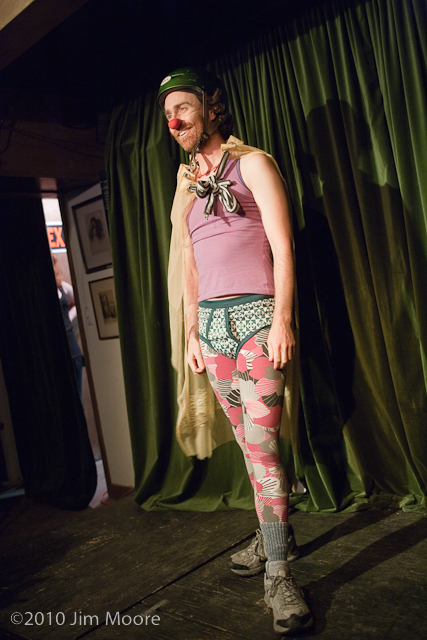 A story teller that reveals some insane details about her babysitting experiences. 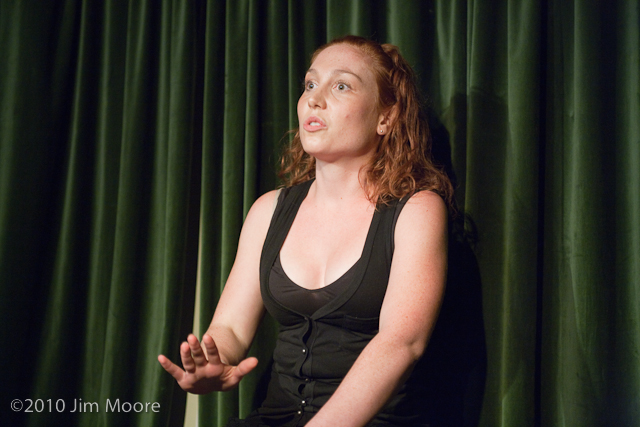 Look what the hosts found in the back alley. 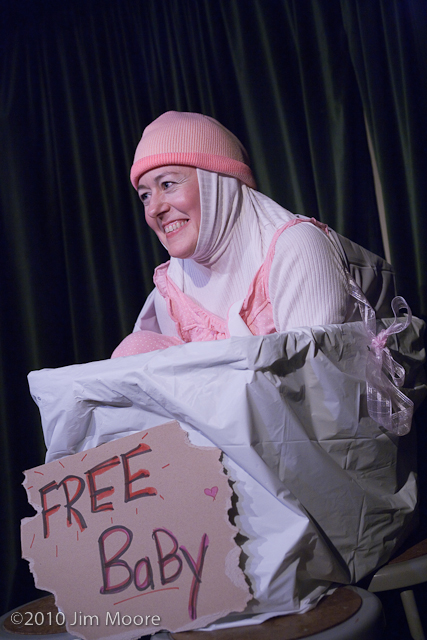 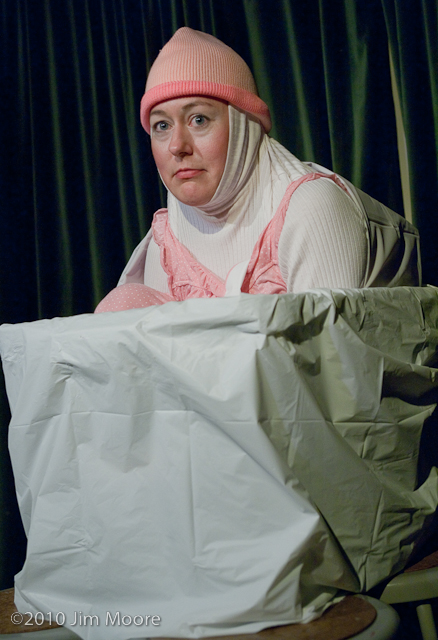 Wondering where her daddy is?

A music piece with several complications. 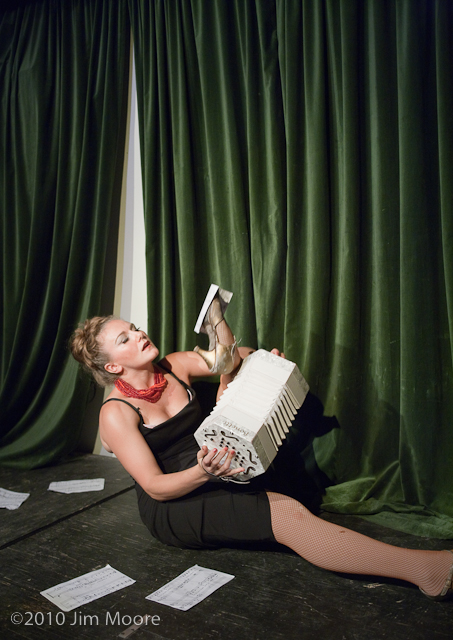 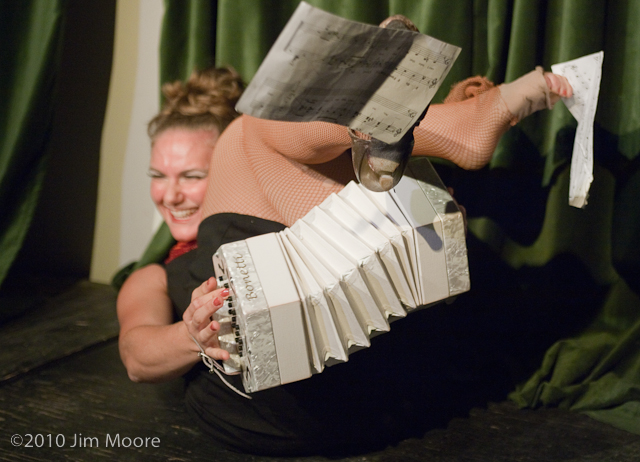 Playing music can sure be a twisted thing sometimes!

A few audience members were selected to become the ’13th Act’. They called themselves F*CK YOU GUYS! 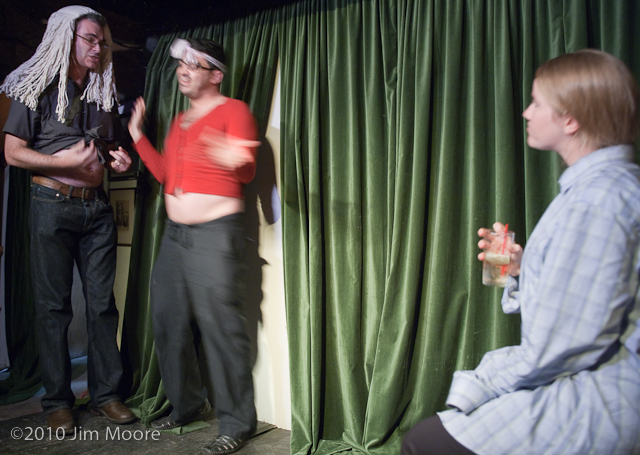 With wigs and costumes found in the cellar closet they performed their ‘masterpiece’. 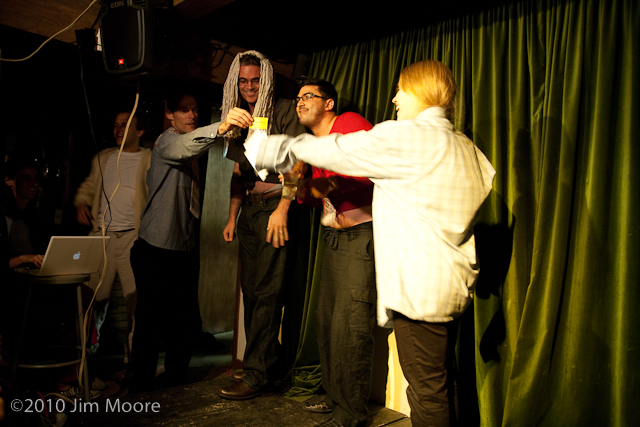 Upon completing their performance they were  all given parting gifts.

A regular at the Cabaret steps up to fill in a spot in the lineup with her borrowed uke. 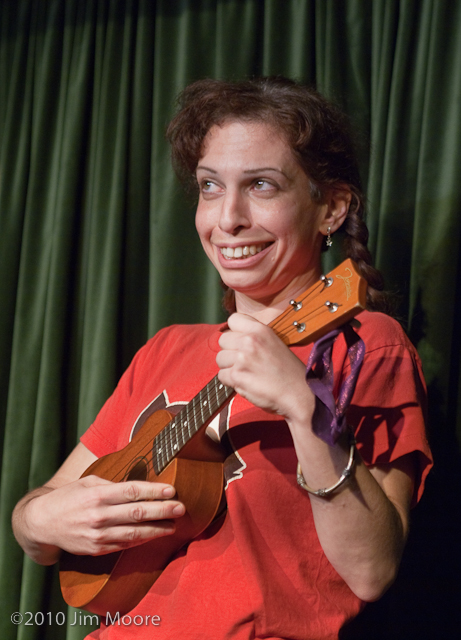 “AND she plays the uke? She’s the Eye of the Tiger.” 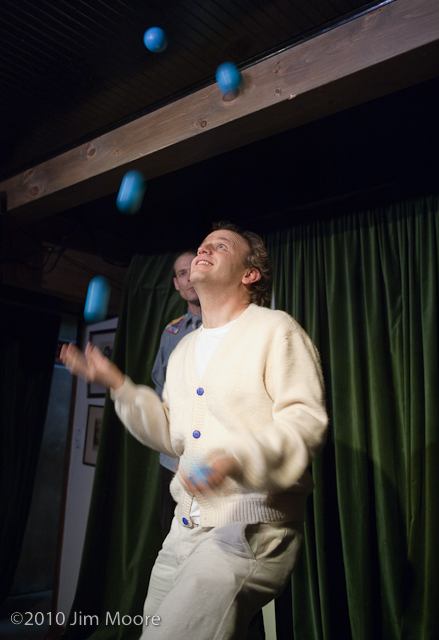 Has he got blue balls?

A contest was in store for the evenings festivities and who better to start it up. 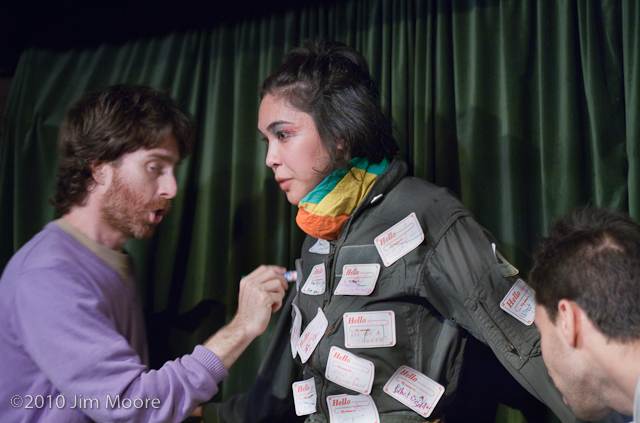 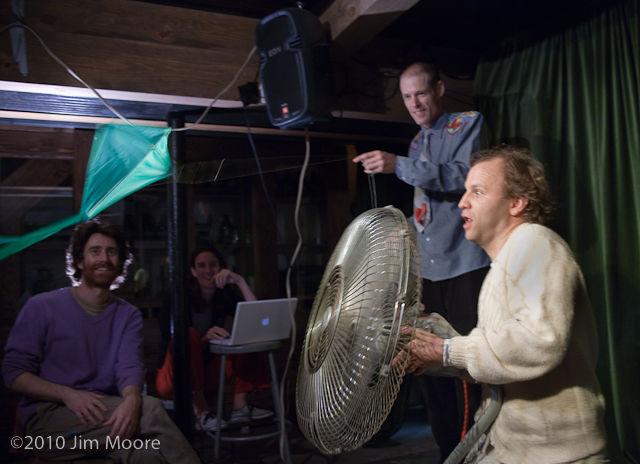 The show has been extended and one half of the duo performed this physical comedy piece. 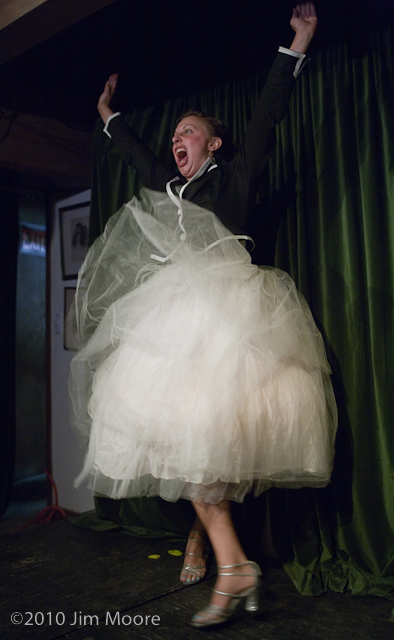 ‘dangerous with her balloon.’

The hosts of the show reminiscing. 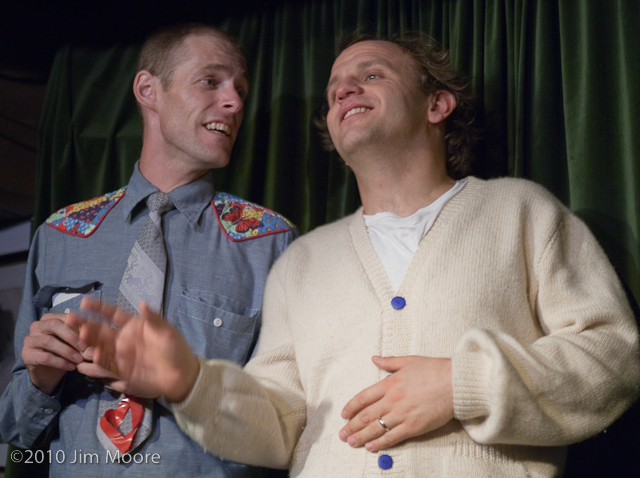 The other half of ‘Legs & All’ duet did a piece with another partner. 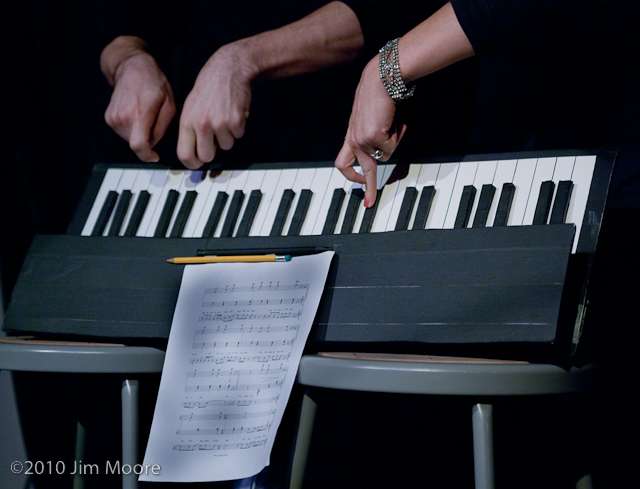 “When the Doves Cry” by incredibly expressive finger people.

NEXT MONTH ON OCT 26th COME AND HAVE SOME ‘DANGEROUS FUN’.