The hosts for the evening’s festivities are John Leo and Andy Sapora. 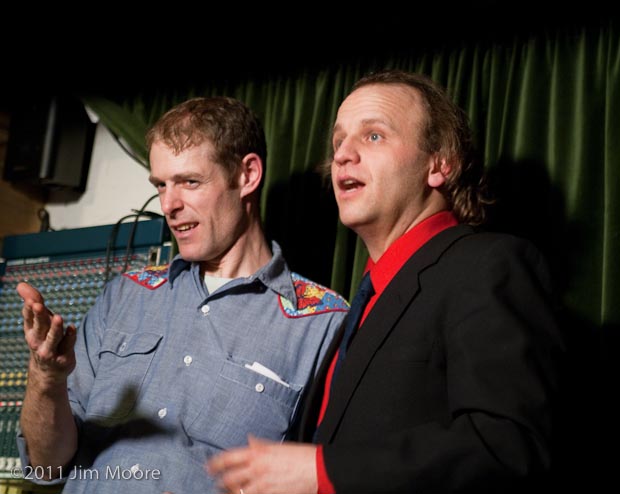 The show was great and they had an idea it would be!

The janitor never was this wild when I had one in my school. 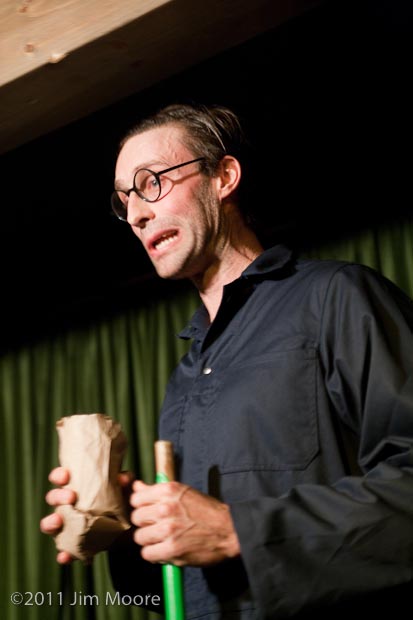 Broom in one hand and ‘what’ in the other! Hiccup! 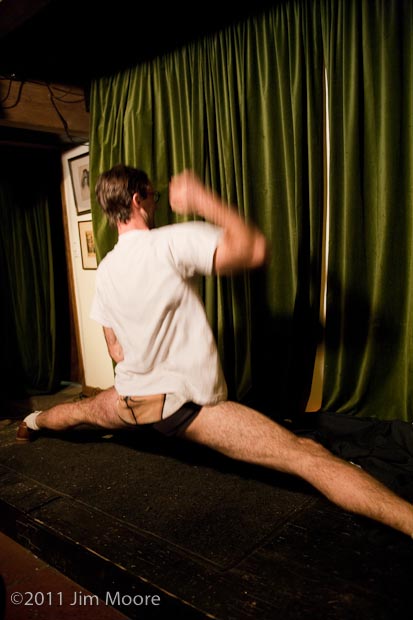 Down to his underwear in a real stretch~ 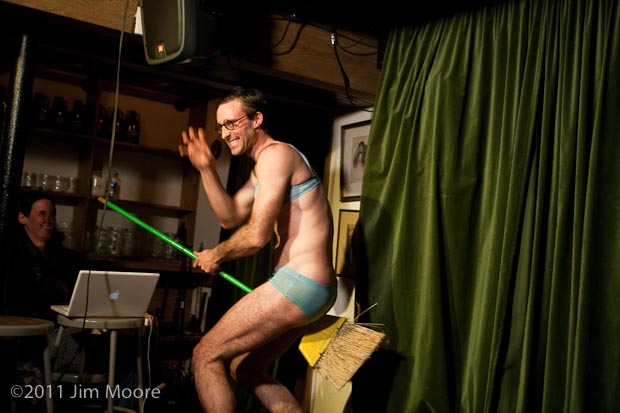 Flying off the stage on his broom and clothed in ‘what’? Whew!!!! Wild man! 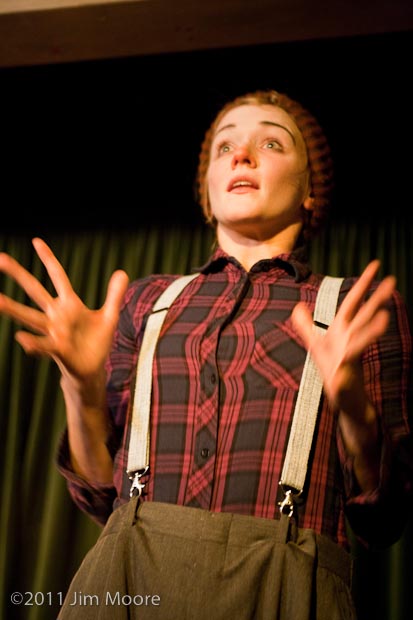 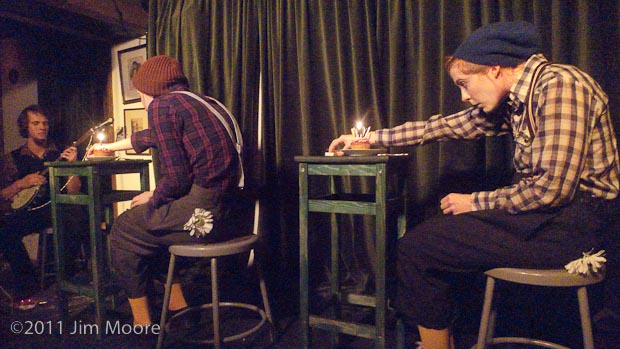 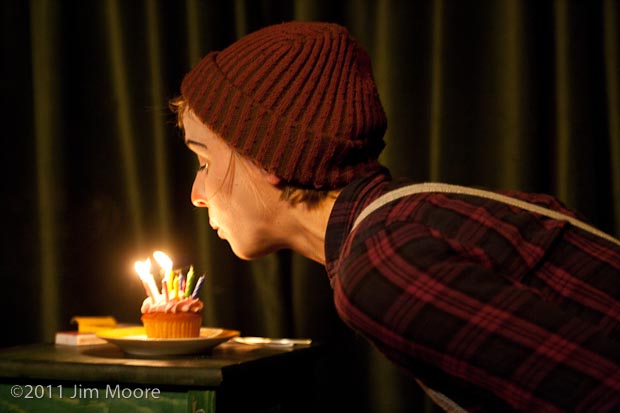 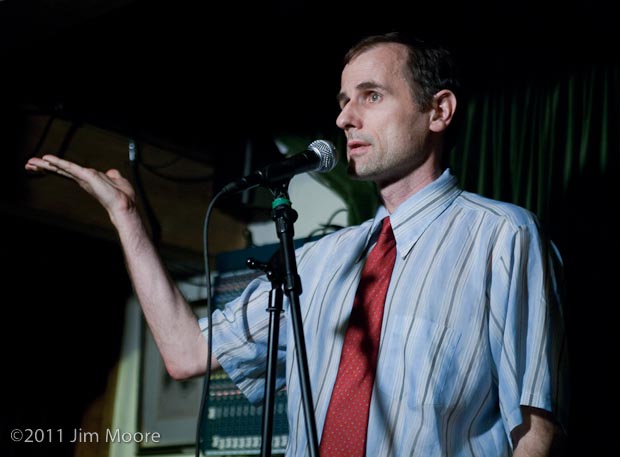 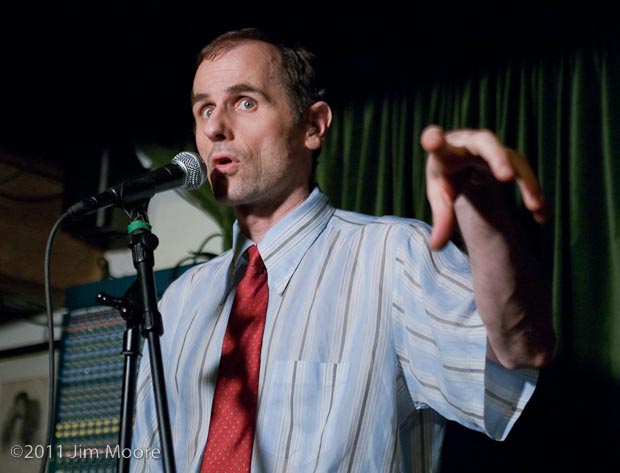 A 93 year old Henry Tzim answers all the questions you can ask him. (In the time alloted!) 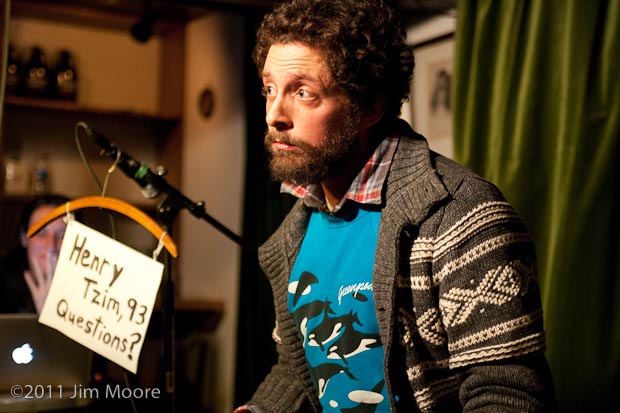 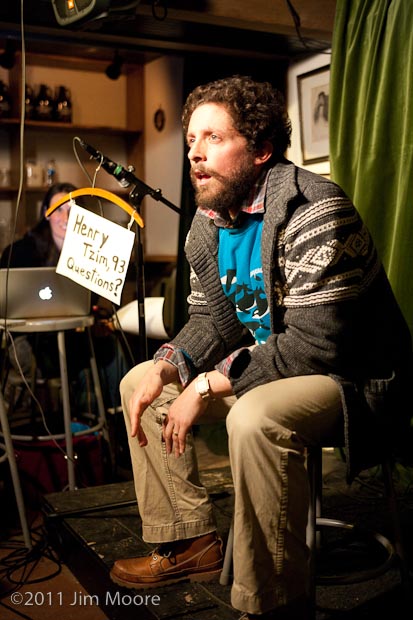 An original song writer (caustic, hysterical love songs) who accompanies himself on the guitar. 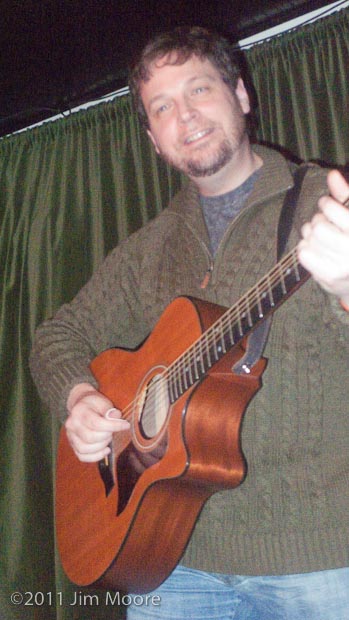 A monolog about going to work and discovering there is life outside that world. (funny and insightful!) 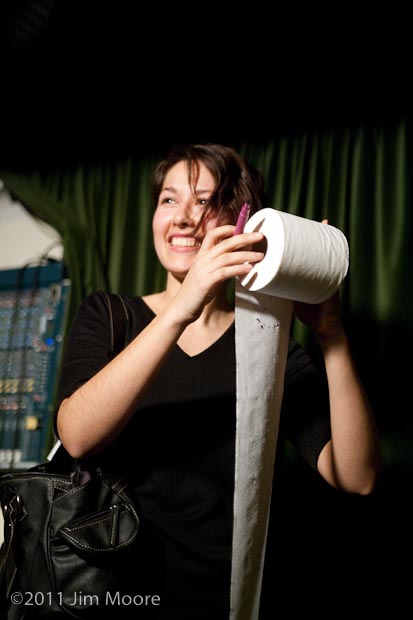 A funny juggler who has mastered the art of top spinning. (All size of tops!) 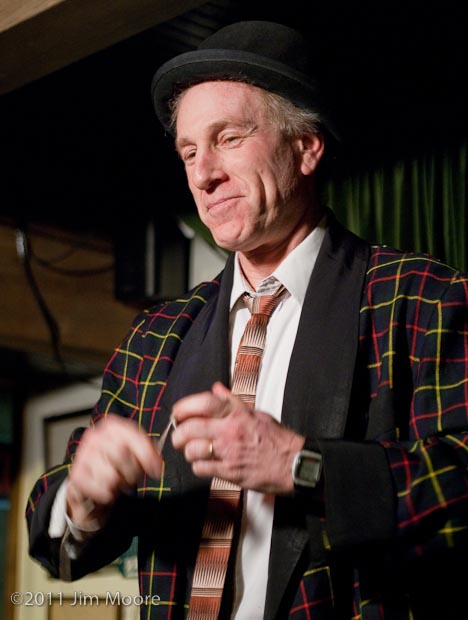 A seasoned professional who always leaves me laughing! 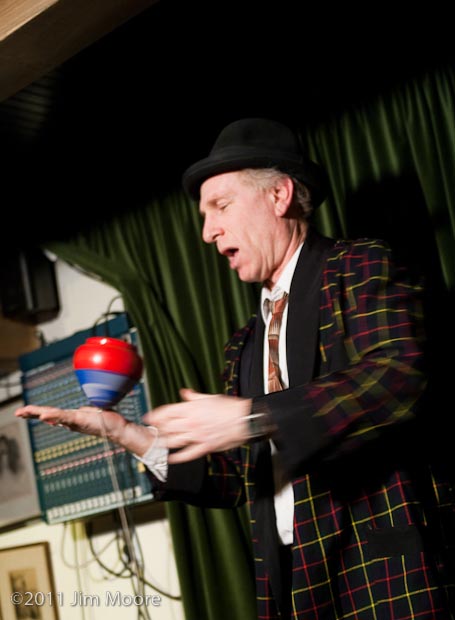 A large top free spinning on his hand is not an easy feat! 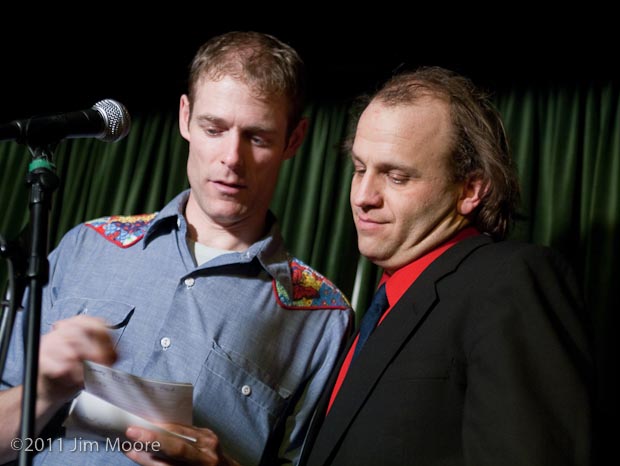 John Leo and Andy Sapora going over the artist’s cue cards. Did they really read them before the show?

A wild and delicious trip to the other side of the music spectrum! 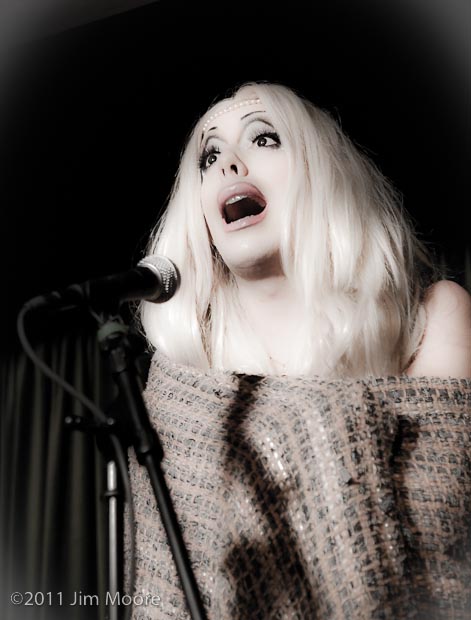 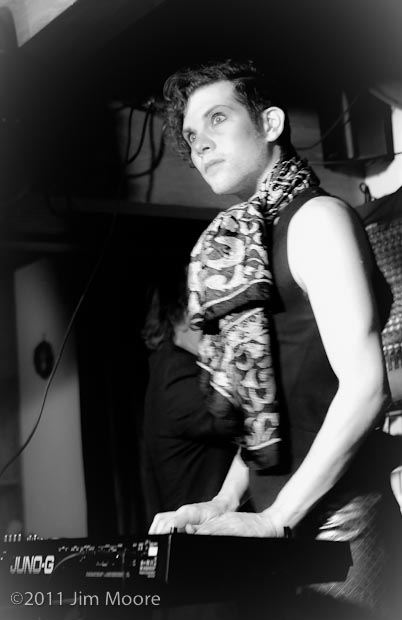 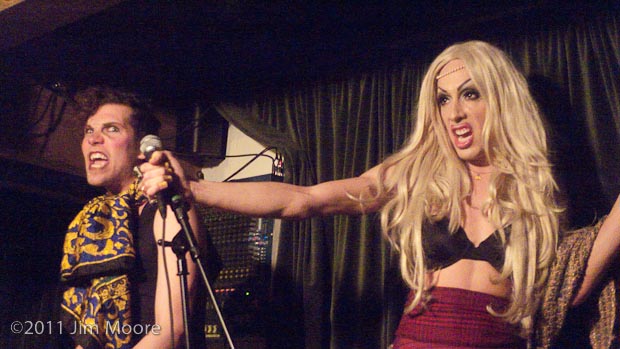 A wild and crazy song for the audience. 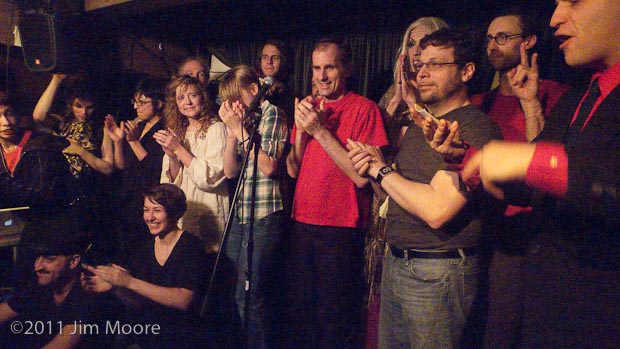 The next ‘tinydangerousfun’ variety show will happen on Feb 22, 2011.