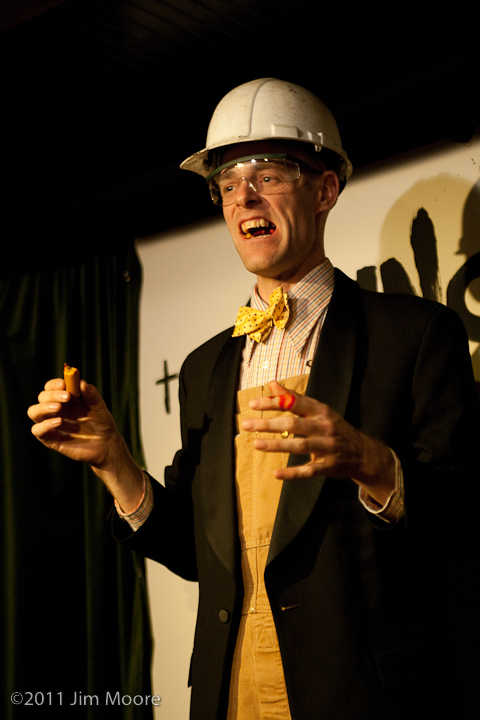 The evening started off ‘dangerous’. John Leo had his finger amputated. (Not really!) 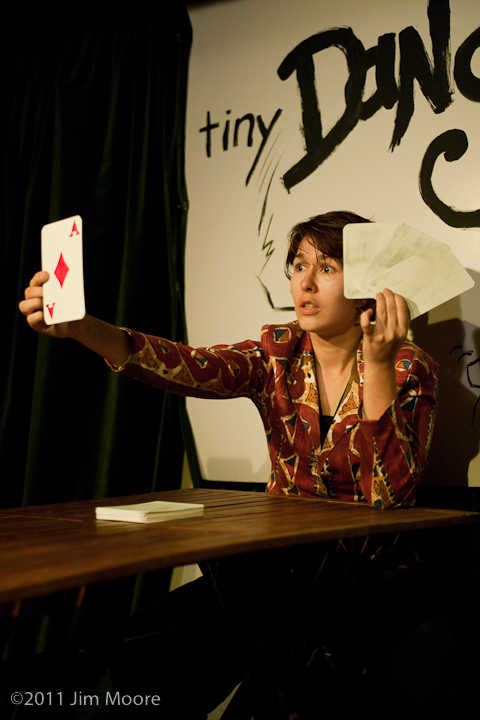 Marina Tsaplina with a deck of very large and powerful cards! 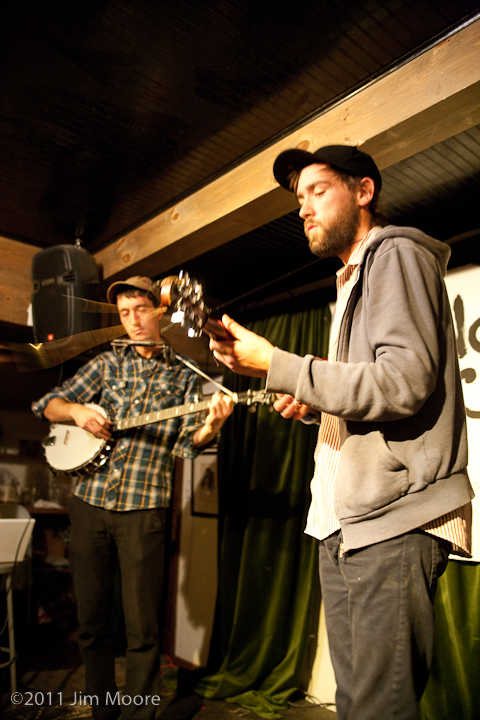 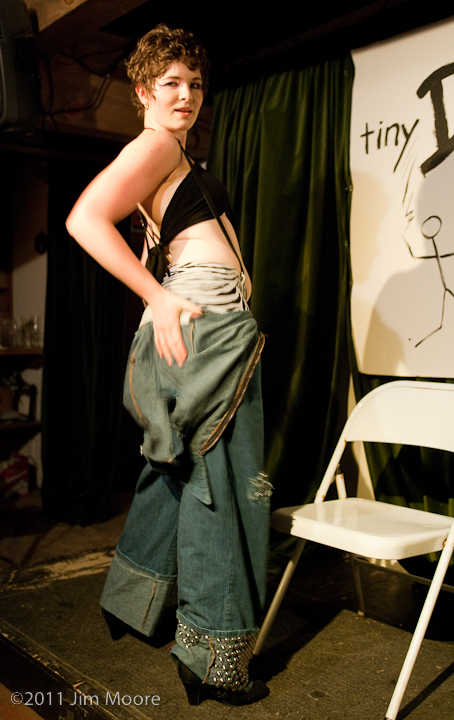 Miz Sharky with a HOT number. 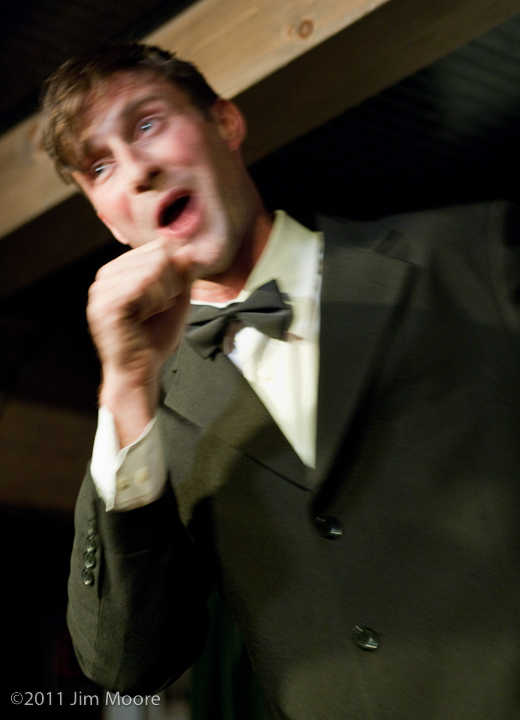 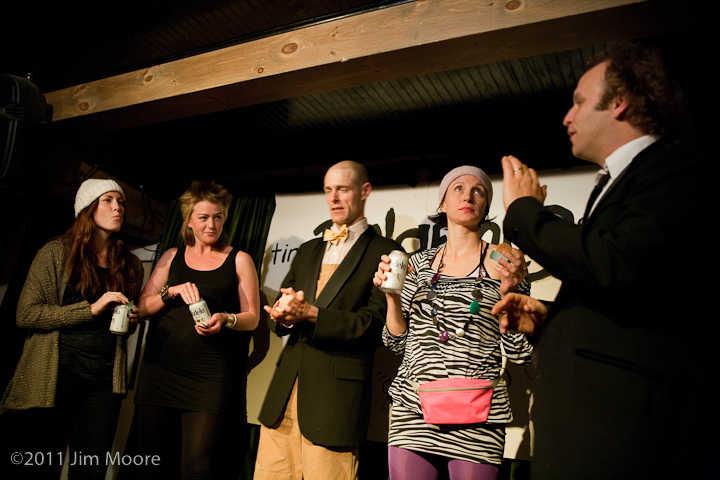 The audience volunteers learning their task for the 13th Act. 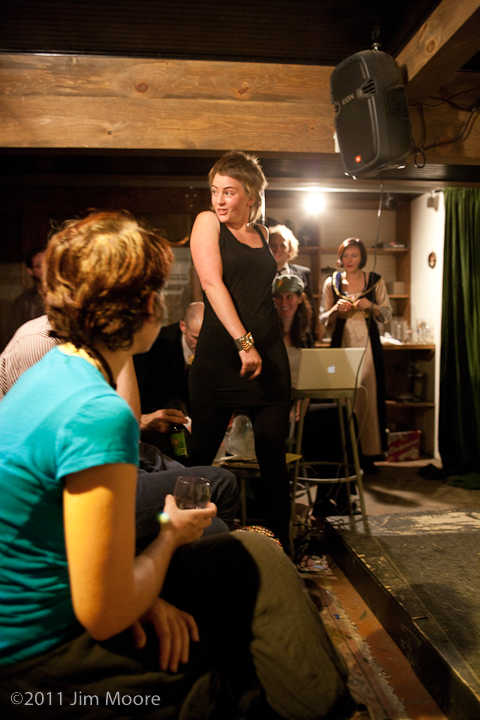 The ‘swedish bombshell’ struts her way over the audience  member’s legs. 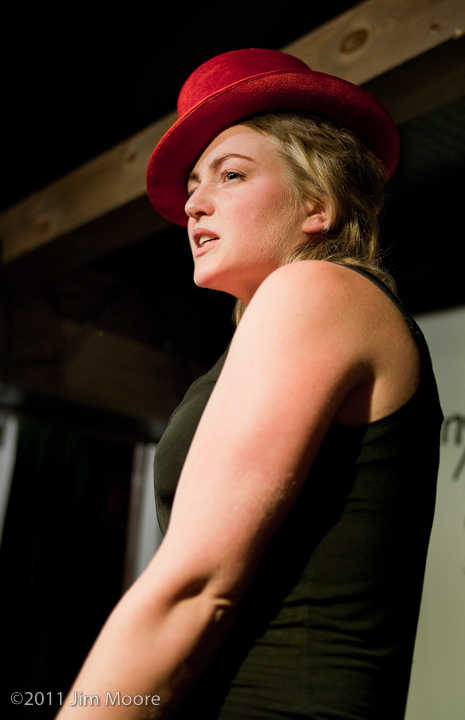 She mimes the charisma of Marlina Dietrich before finishing the piece. 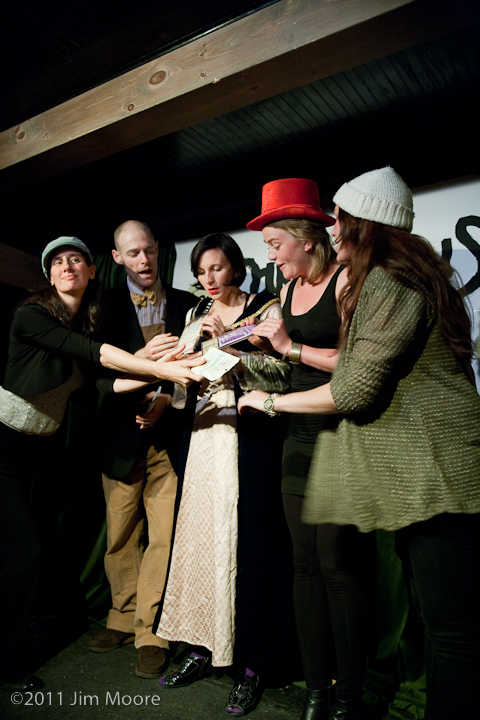 The members of the 13th Act receive ‘gifts’ from Barbara Ann Michaels. 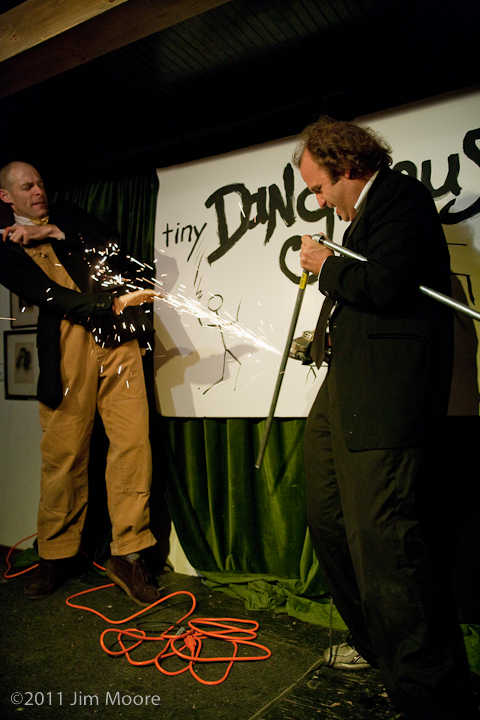 John Leo, before losing his hand, as cohost Andy Sapora cuts into pipe. 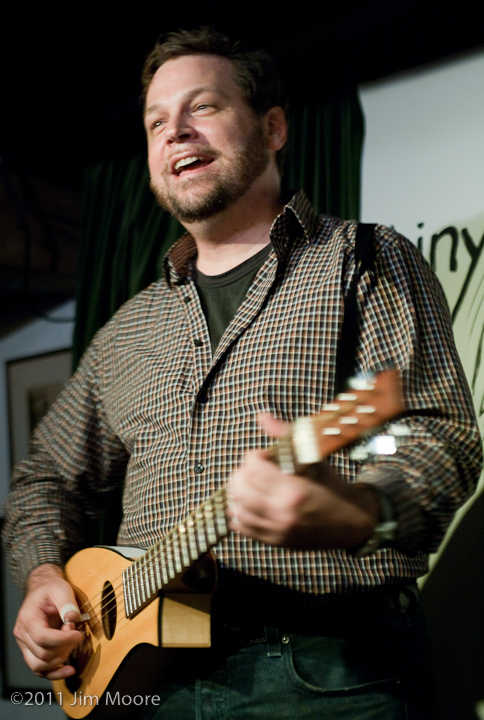 Singer/songwriter Glen Raphael leads the audience in a funny song about Gorillas. 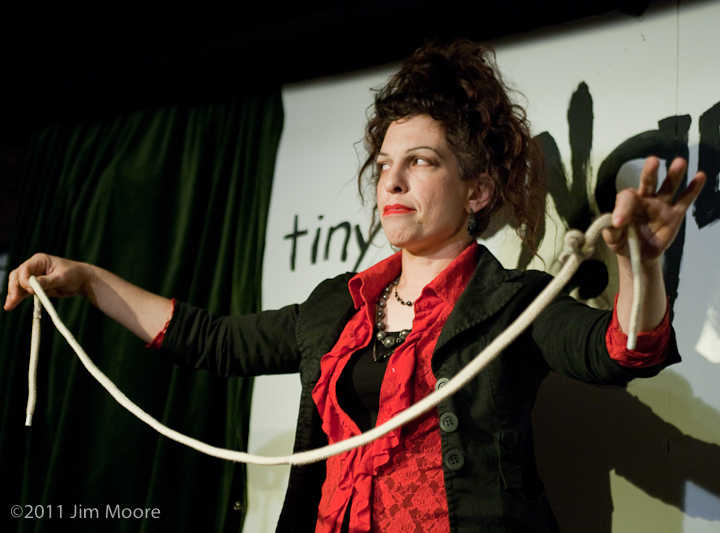 Tanya Solomon performing a magic rope trick during the ‘one minute magic moment’. 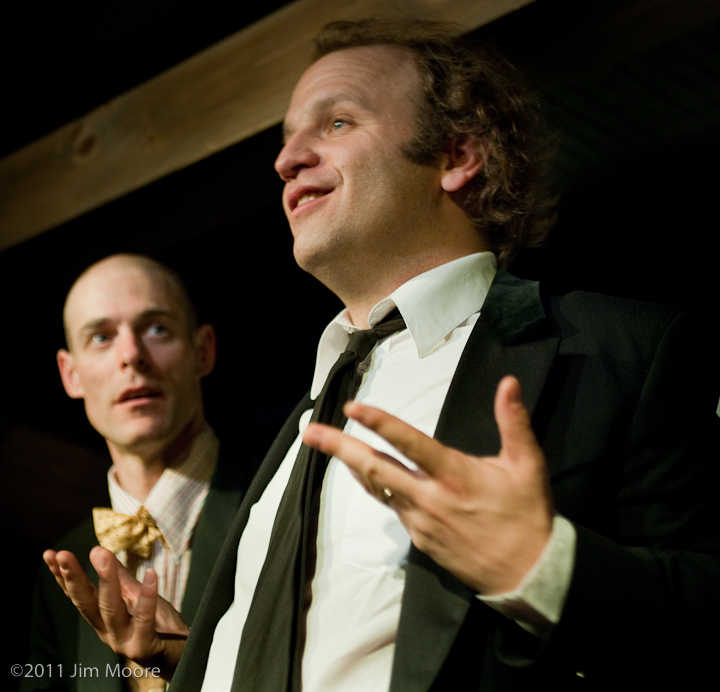 Cohost Andy Sapora commands the attention of the audience as cohost John Leo looks on. 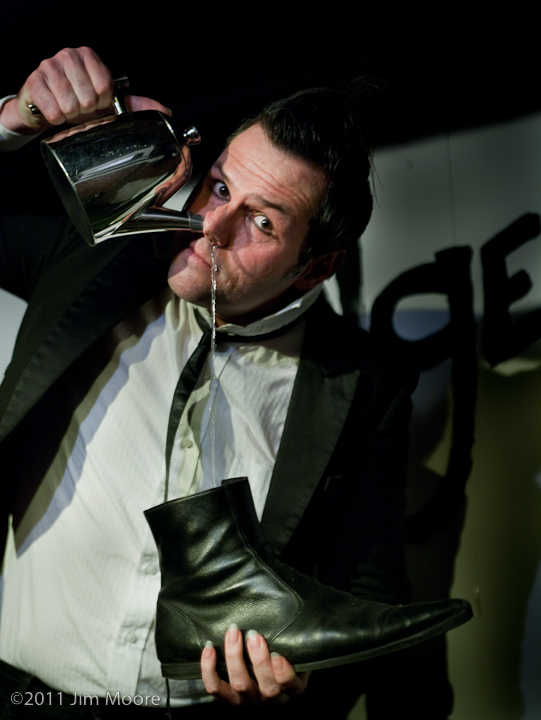 ‘The Birdman‘ from Australia performs some pretty wicked and funny routines. 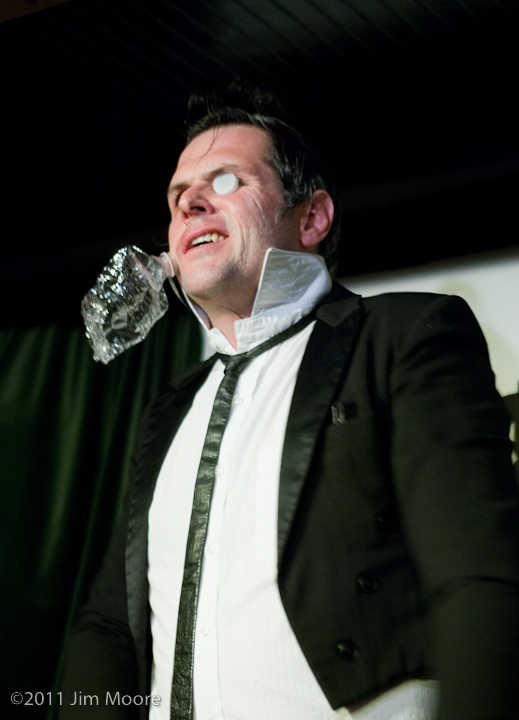 Visual puns and raving hysterical lunacy seem to be ‘The Birdmans’ signature. 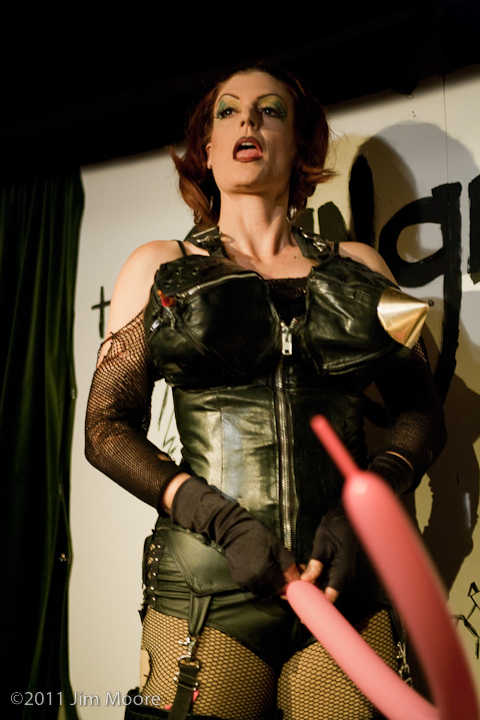 Mistress B (for Balloons) twists up some naughty balloons for the audience. 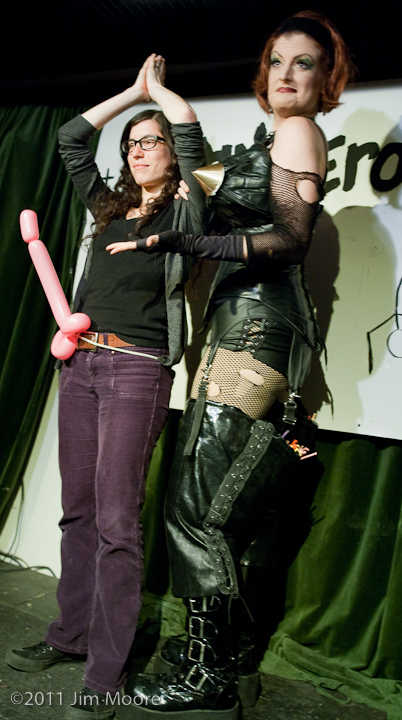 An audience member gets a new ‘member’ of her own from Mistress B.

It all Happens the last TUESDAY of every month at Sycamore Bar. tiny dangerous fun!

For more information or to sign up to perform go to this URL...http://www.johnleo.net/tinydangerousfun.php

Tiny Theater 2011 at The Brick Theater