A Collection of very small theater.

Performers and scenic elements must not exist outside the box at any point during each piece.

Installation that takes place in a  6×6 space – and in under 10 minutes. 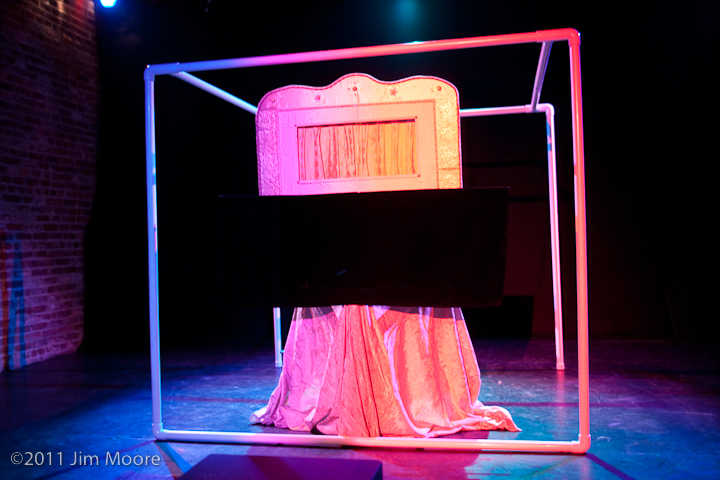 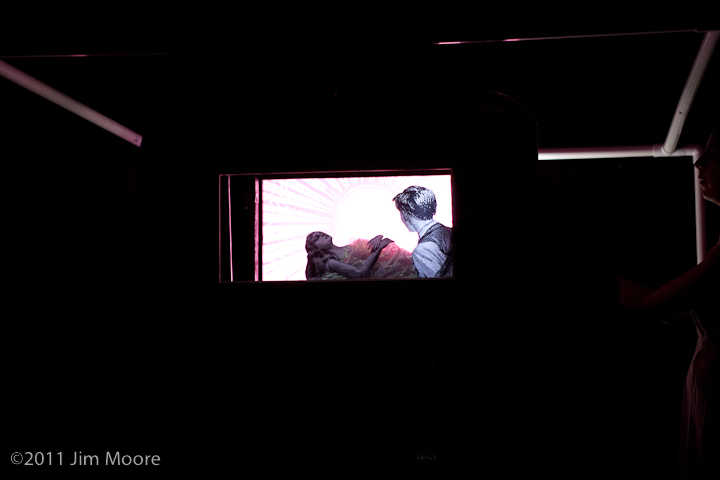 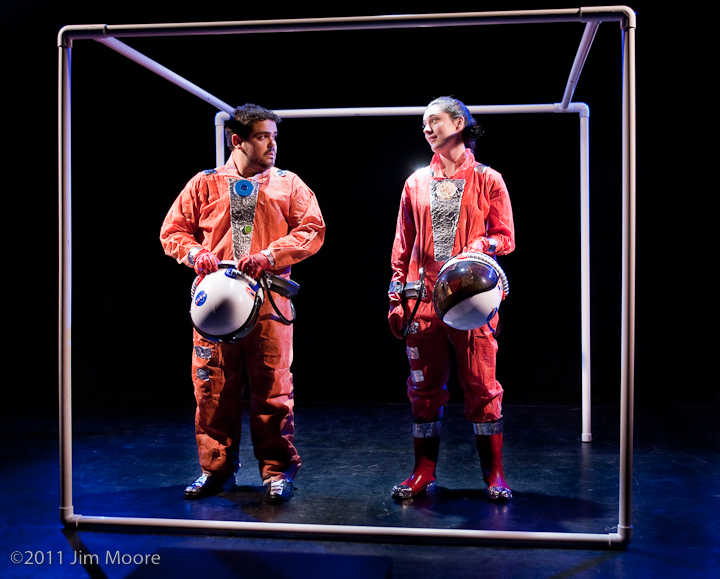 Matt Barbot and Kelly Rogers stand in the box in space suits. 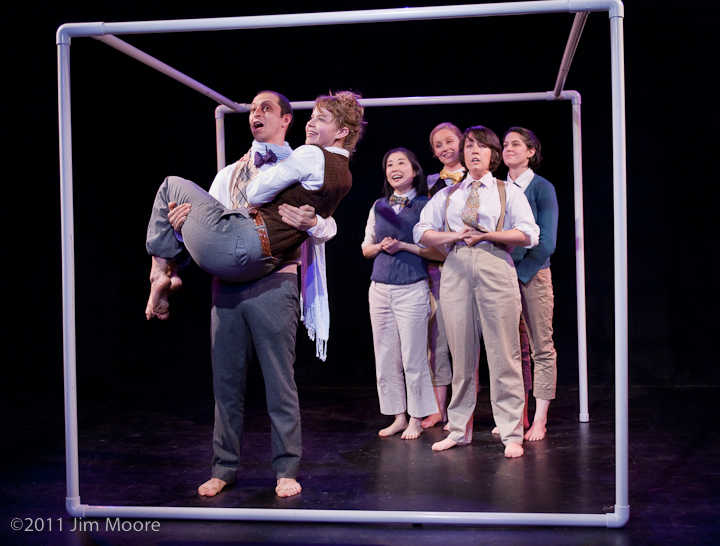 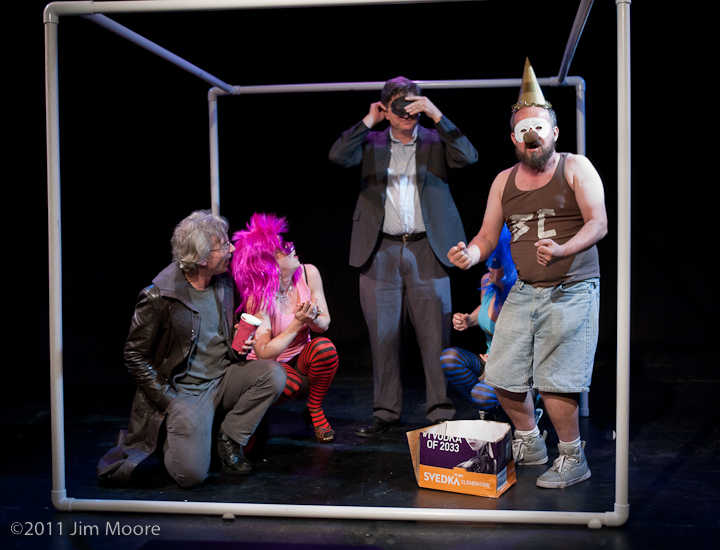 “Dreams in the Witch House” by AntiMatter Collective 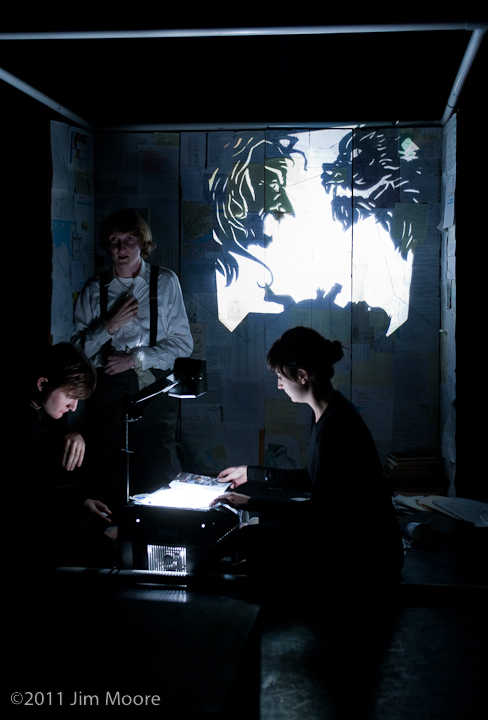 A H.P. Lovecraft short story adapted/directed by Will Fulton

“Fear and Loathing in Brooklyn, 2011” by Ten Directions 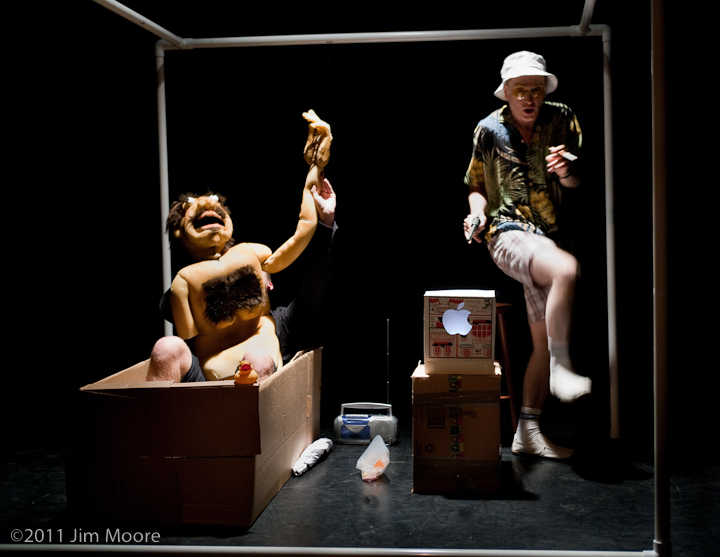 Pictured L to R are: Eric Wright and Lynn Berg 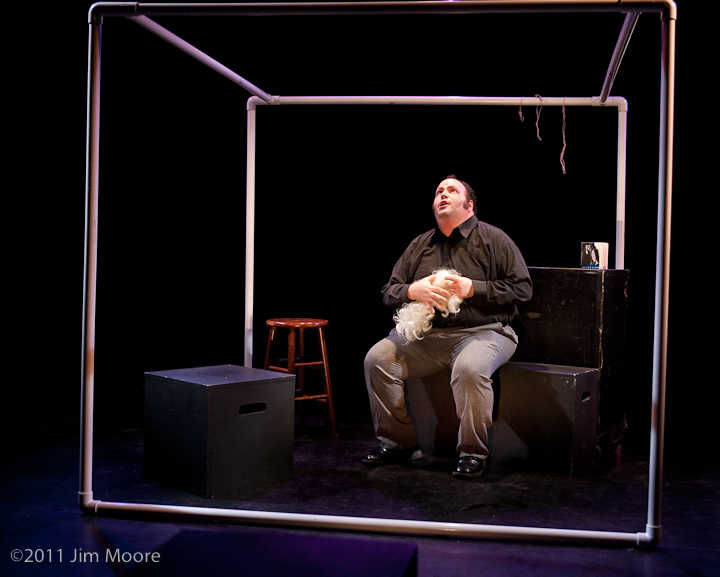 “YES IT DID” by Sneaky Snake Productions 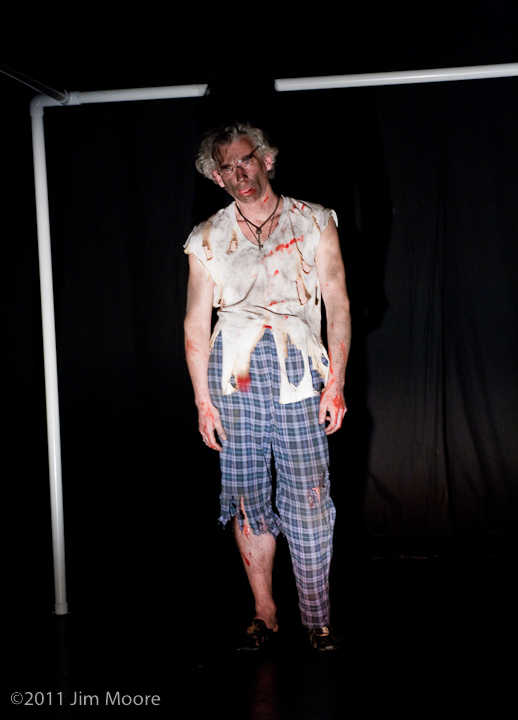 The Brick Theater is located in Williamsburg, Brooklyn.