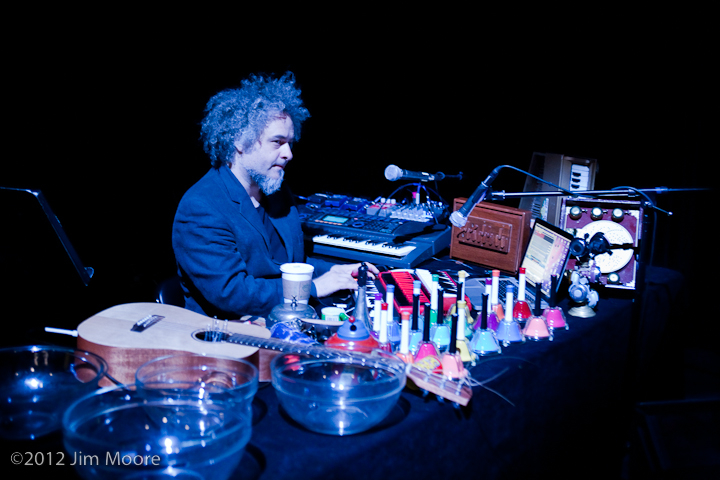 Sxip Shirey behind his instrument table preparing to perform the score for Prometheus Within.

Prometheus: Zeus refused to give fire to mortal men, but Prometheus stole fire and gave it to them. As punishment, Zeus bound him with cruel chainsm and drove a shaft through the middle, and set on him an eagle, which gnawed on his liver all day; but each night the liver grew again as much as the bird had devoured in the day before.

Io: Zeus lusted after Io, a young girl who refused his advances. He made her part cow to hide her. His wife Hera discovered her and then forced her to wander the earth without rest, plagued by a gadfly to sting her into madness. She wandered for many years traveling through Europe, Asia and Africa. 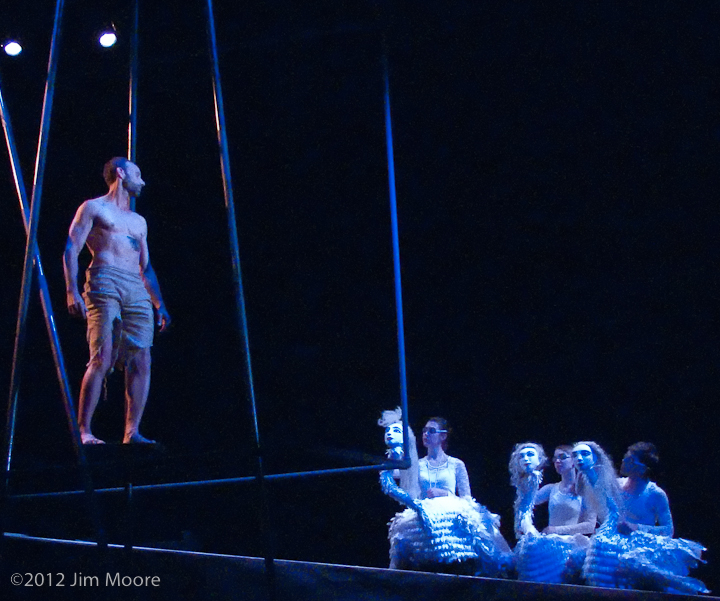 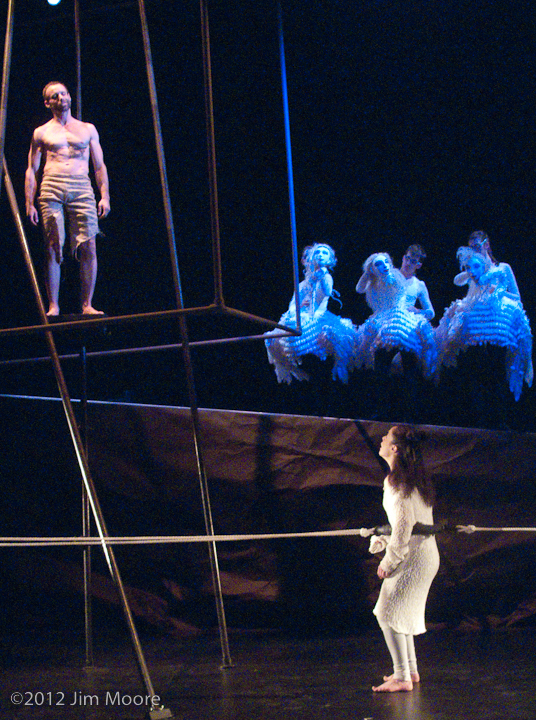 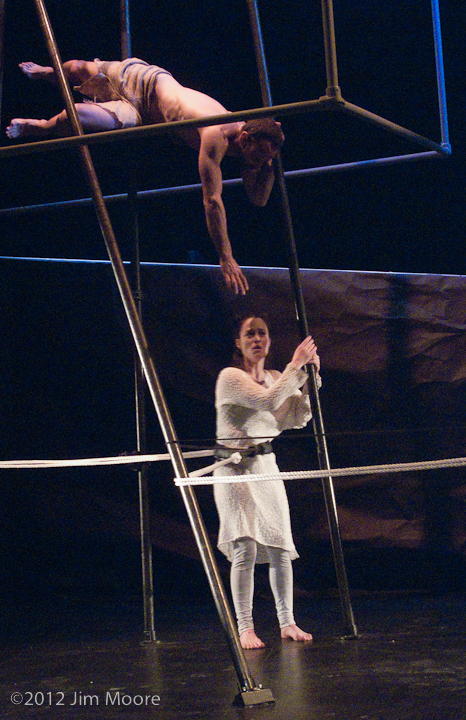 Jonathan Nosan reaches for Allison Plamandon in “Prometheus Within” at LaMaMa. 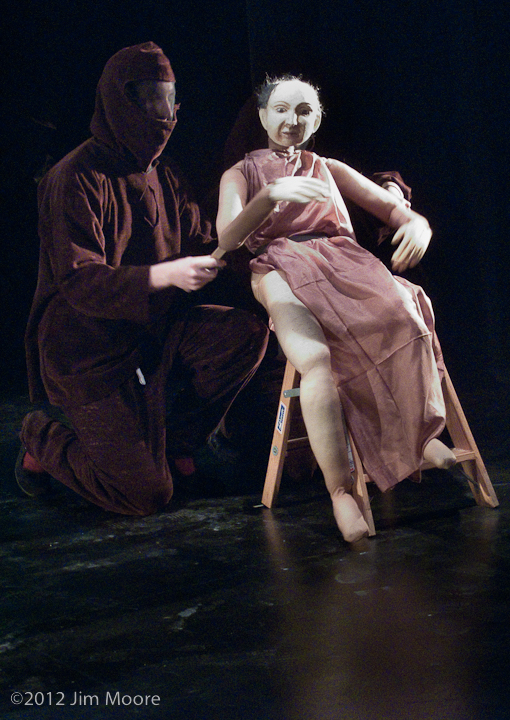 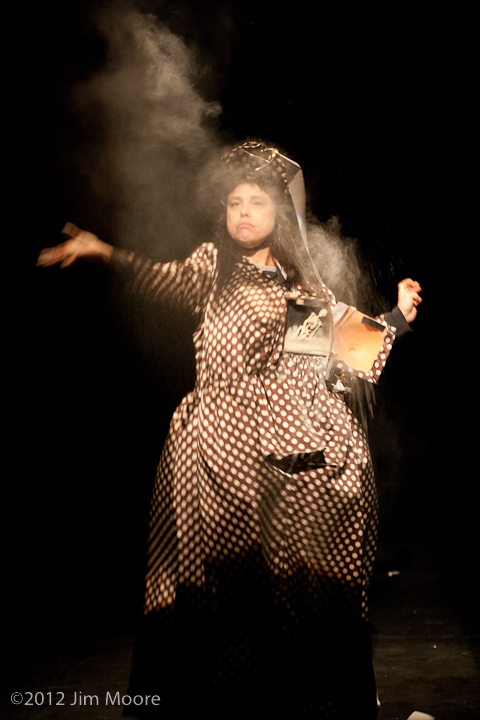 Catherine Jane Shaw throws dirt from the grave of the dead skeleton in her breast. 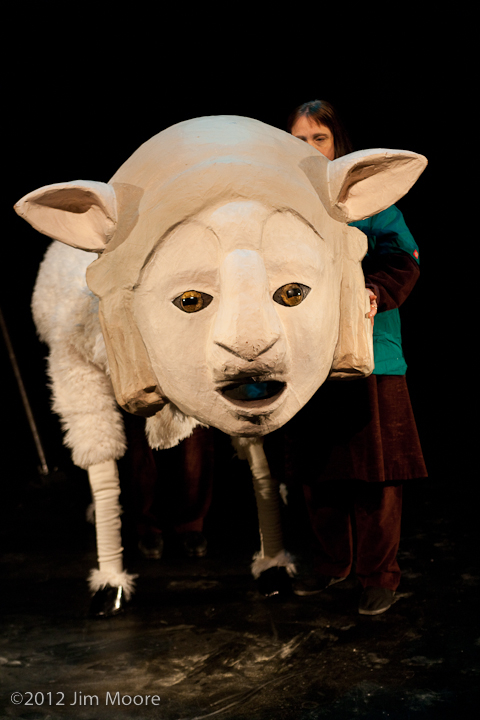 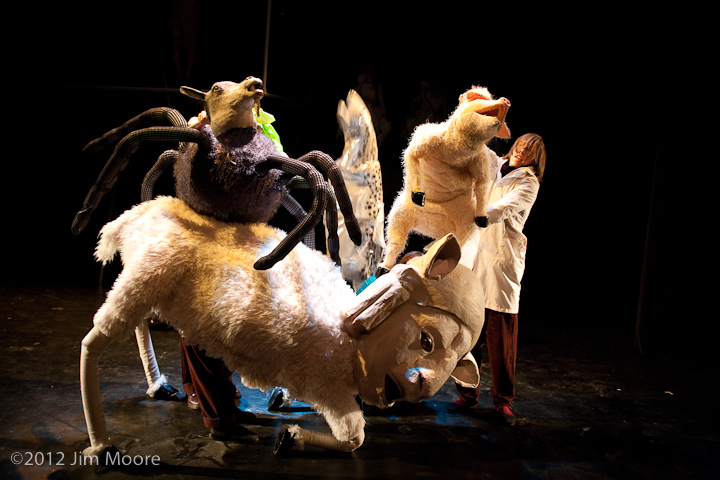 Mutant animals created by lab testing in “Prometheus Within” at LaMaMa. 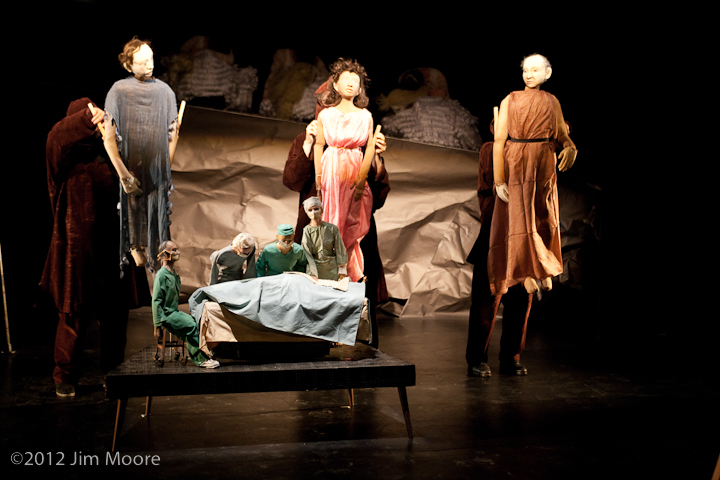 Puppets representing all the innocent patients taken advantage of by legal cell sampling.

This Project was made possible in part with funds from the New York State Council on the Arts, and the Henson Foundation.

Drew The Dramatic Fool - Help! Help! I Know This Title is Long But Somebody's Trying to Kill Me