THE WILD PARTY’S OVER

Program made possible, in part, by support from The Tank, Bindlestiff Family Variety Arts, Inc. and the New York City Department of Cultural Affairs 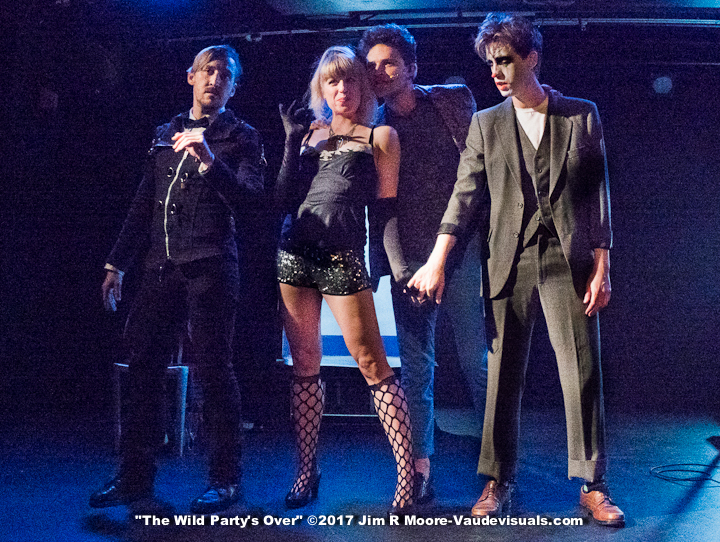 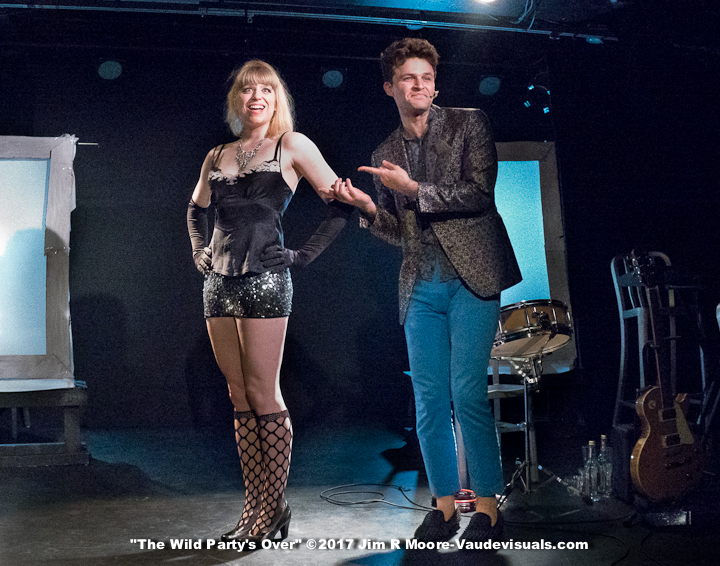 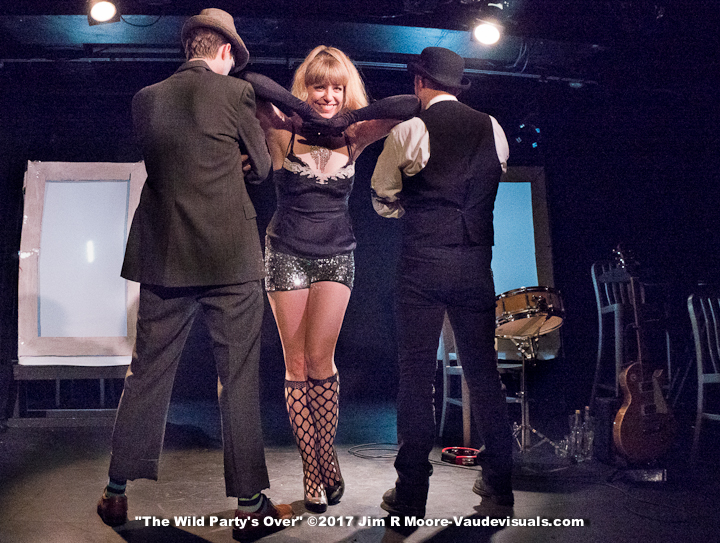 Queenie and her two escorts. 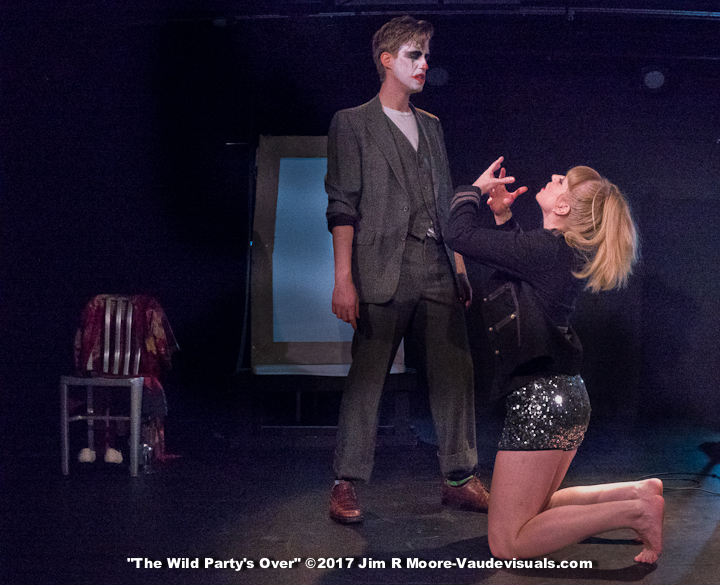 Queenie on her knees in front of Burrs (Stephen Heskett) 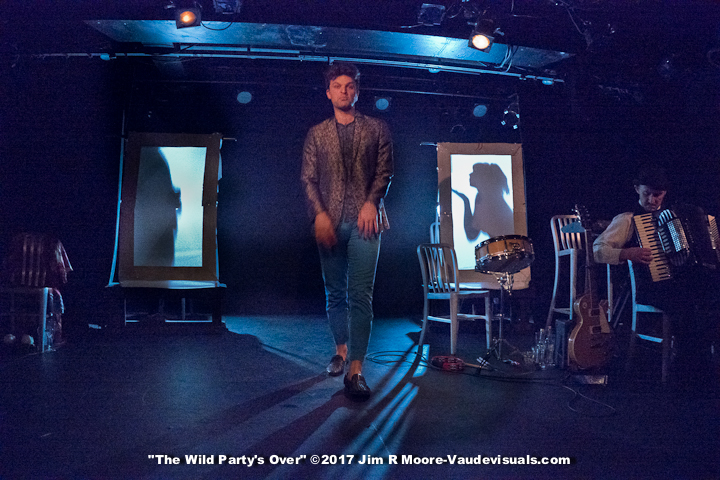 Jackie steps out in front of the ‘shadow show’ of other activity in the show while Mr. Black (Charley Layton) plays in the foreground. 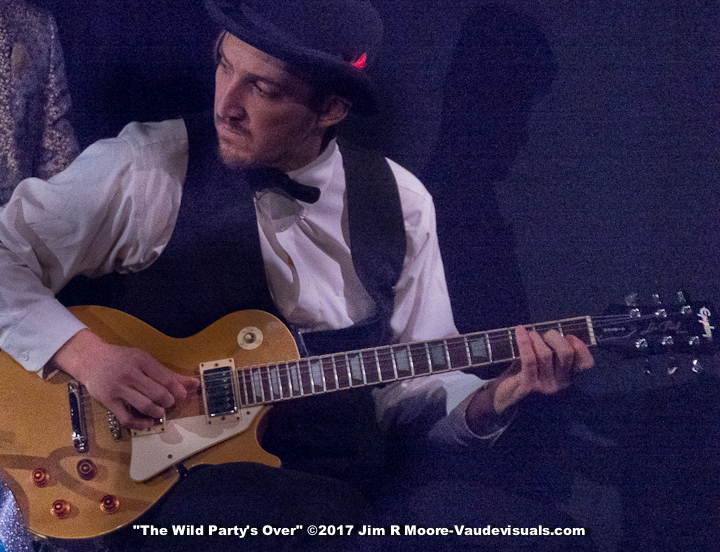 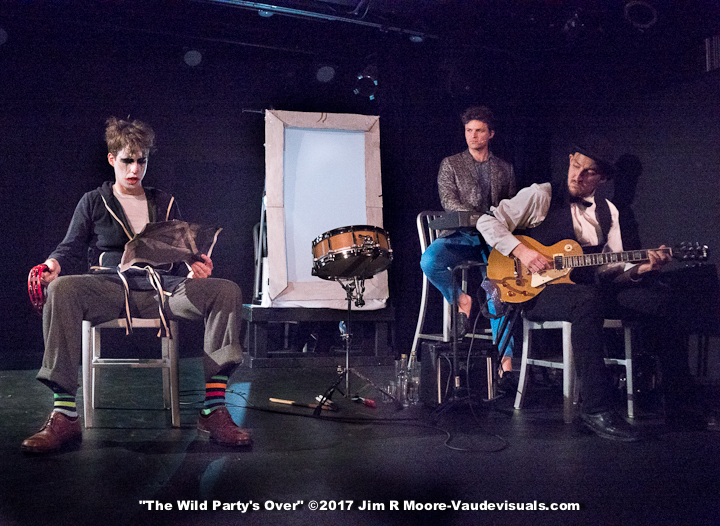 Burrs reading and playing tambourine while Jackie is on keyboards and Mr. Black play guitar. 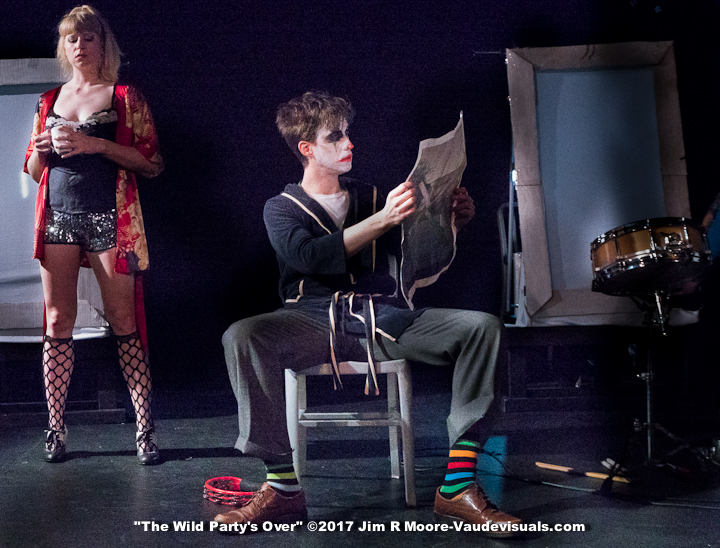 Queenie looks on as Burrs reads the newspaper. 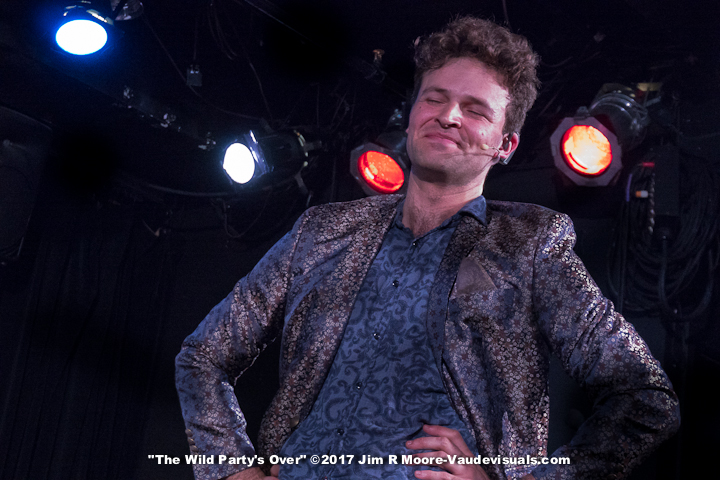 With eyes closed, Jackie smirks at the events going on. 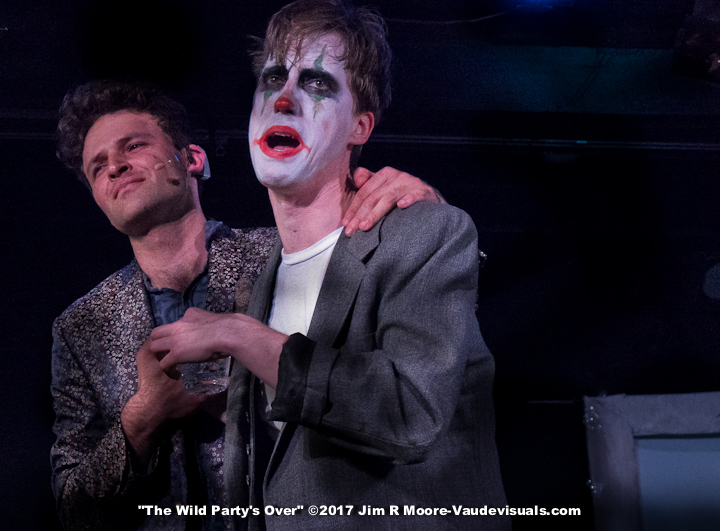 Jackie consoles Burrs while he is drinking. 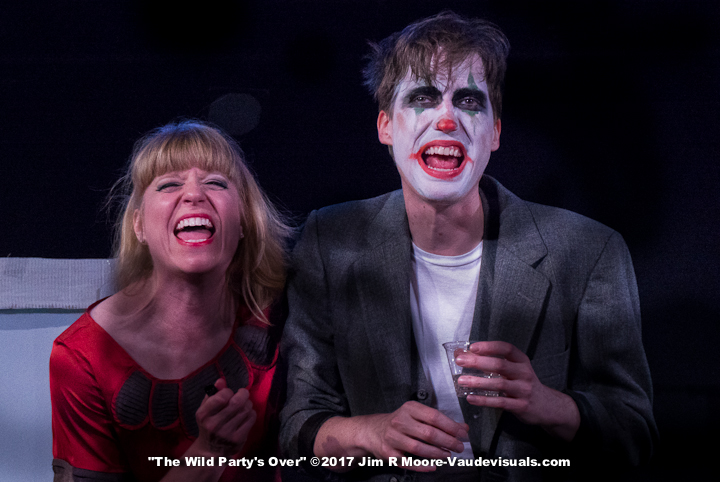 Burrs and Queenie laugh it up while drinking. 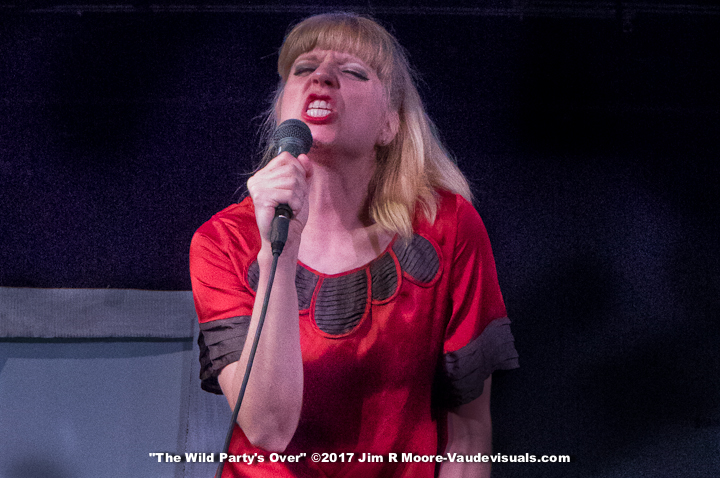 Queenie sings her heart out. 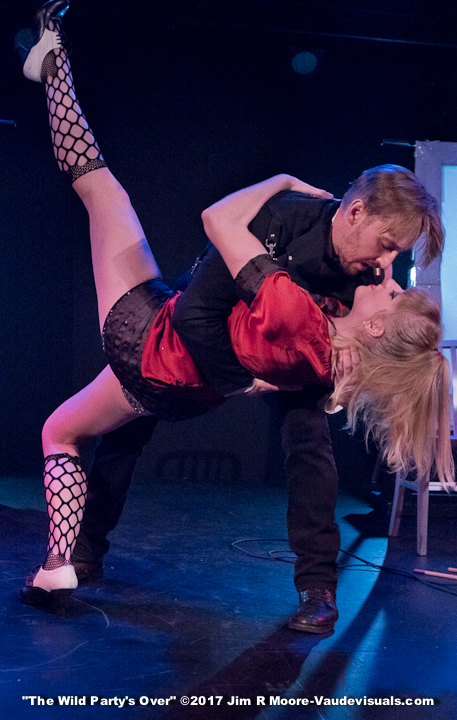 Mr. Black dances up a storm with Queenie. 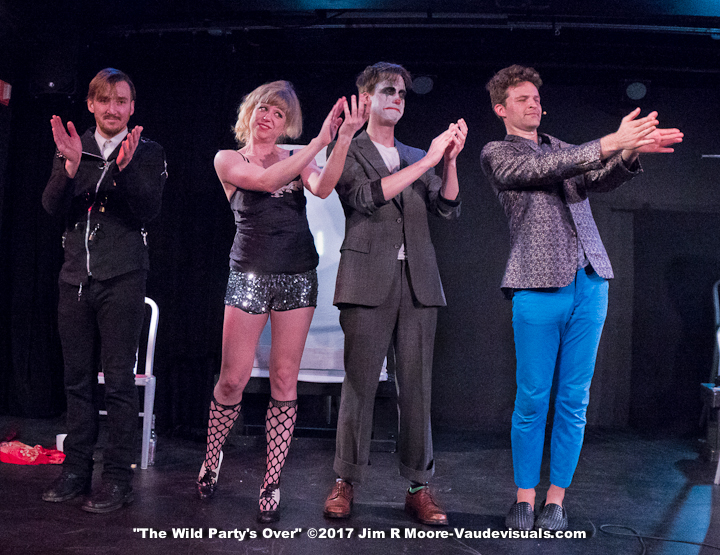 For written description on this project check out Trav SD’s blog post HERE!