Reposted by Permission from Sara Moore at CircusCenter, San Francisco. 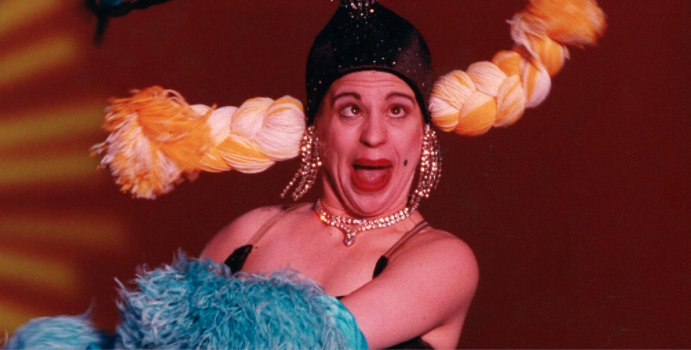 THE STATE OF THE CLOWN | BY SARA MOORE

I am a clown.  I’ve shared the same trailer, the same dressing room, the same midway, with all manner of people who enhance the idiocy and paradox of their own bumbling humanity by turning themselves inside out and presenting themselves to an audience. I have performed with everyone from Carol Channing to “Freckles.” I have been on the bill with every type of performer from opera singers, stand-ups, storytellers, jazz singers, “bubbleologists”, psychics and eccentric dancers. I’ve also played Shakespeare’s clowns and stood in a circus ring and brought an audience of 10,000 to screams of laughter by doing nearly nothing. Hell, I’ve made people laugh on the damn A-Train on the way to a gig in full clown geish. You learn early on with a career in show business that there’s a whole lot of education and empathy that grow as much from a junkyard as from Lincoln Center.  Be versatile. Be ready for any kind of job, anywhere, anytime, with all manner of misfit entertainers. All are welcome. Except for magicians: they take up too much space in the dressing room and smell like Aqua Velva. Joking. But serious.

Historically, most clowns have been men. As a woman I have had to work very, very hard to be seen as a funny being while also not being a particularly “pretty” woman, which seems to be the golden combination as defined by men: she’s funny AND a real looker! I never wanted to be pretty. Being genderqueer I’ve always been happy with my cute factor, riding the misfit streetcar of desire between the genders. Even though I’m confident that I’m funny, insightful, and dare I say innovative, when I approached The Big Apple Circus, I was told flat-out that they would never hire a woman clown. That I didn’t even make the first cut because, y’know, I simply wasn’t man enough. Truth is, they had hired women clowns in the past – just coupled with men who were their husbands and partners. But this is what I was emphatically told: no women clowns.

And now, ladies and gentlemen, children of all ages: the newest addition to the #MeToo bunker is, heartbreakingly, a beloved Big Apple Circus clown. It is devastating and utterly unsurprising. These guys are absolutely everywhere, beneath and on top of every rock in every culture: toxic masculinity. Only this time, Don Draper is wearing a freaking clown nose and a bad frock. Insert multiple expletives! And just when I was really amping up about clowns not being scary…

For a long time, I haven’t known quite what to say about the fear of, and continuing sarcastic commentary about, and horror-movie imagery of clowns. Perhaps, I thought, it’s the word itself that no one likes since it’s so fully associated with Ronald McDonald and all manner of overly painted, mask-ish creatures that made little Emily cry her eyes out at the county fair. Maybe it’s the bad singing – or dinosaurs themselves – but I remember flinching when I first saw Barney. I also flinched and was repelled by all manner of costumed characters as a child.

But now I’m wondering if perhaps, just maybe, the very male-ness of clowning has been one of the main reasons why images of scary clowns have had such power in our culture.

Today, finally, we are at the birth of a new era. There is a vital new American Clowning emerging from the demise of Ringling Bros. and this historically mega-male art form, and it is fiercely female and based on the concept of the poet-in-action: more Lucy than Bozo. More Annie Fratellini, Diane Wasnak, Mooky Cornish. Don’t recognize these names? Google them. Fine, funny women all, and all cousins to Mr. Bean, Lee Evans, George Carl. Keep Googling! In many ways, the Clown transcends gender and bounces right into the realm of wonder and magical realism personified, a powerhouse prankster embodying all the mischief, mayhem and freedom of a human cartoon.

So, maybe now that our industry, like so many others, is facing its demons and becoming more inclusive and equitable, the image of clowns in the broader culture will change, too. I for one am working to help everyone see and absorb this new vision of what clowning is and can be: humanity exposed for all of our collective foolishness. It’s the fearless exposure and performance of being really human, in all its paradoxes. We are all beautiful, we are all ugly. We are all clumsy, we are all graceful. In many types of tribes throughout history, clowns are part of the healing community. When despair is crushing, kindness and humor become as vital as air. We bring medicine through laughter, joviality, silliness, and pure play. Yes, I’m just highfalutin enough to believe that clowns are part of the world’s solution, not its problem.

In this mixed-up culture, where every other person is considered a “reality star,” where gun orthodoxy outshines arts advocacy, and where even our most beloved cultural icons fall hard from grace, it is a miracle to find refuge in any kind of innocence. But a great clown can get us there, with the highest language of humor and pathos. Who better than the clown to bring us all together with what we already have, who can render the “everything all at once” of being human in high relief?

Send in the clowns? Don’t bother. They are in us all.

Check out the upcoming ‘Clown’ class starting in September at Circus Conservatory in San Francisco  – HERE!