Equipped with a trombone, several medleys of classical music pieces for the trombone, a voluminous knowledge of everything to discuss and a sharp sense of dark humor. Combined this produces a romp thru the inner workings of Sarah Liane Foster‘s creative mind. She commanded the stage with her wild exaggerated expressions alternating with trombone solos and diatribes on ‘the last thing you want to do.’ 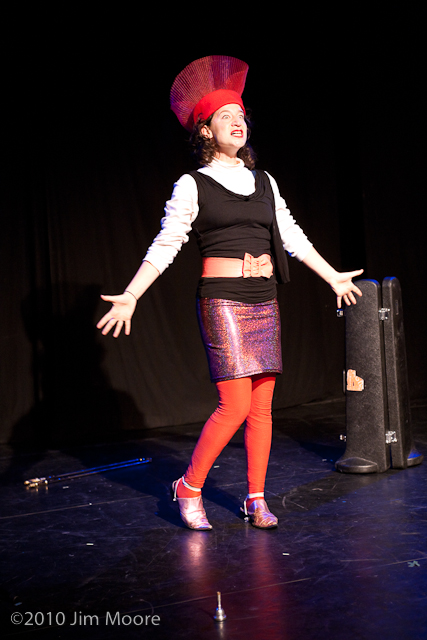 She arrives on stage ready to inform and perform. 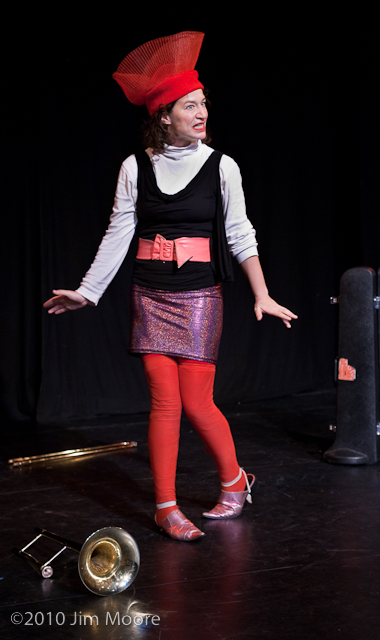 Her face was remarkable in it’s sudden changes. 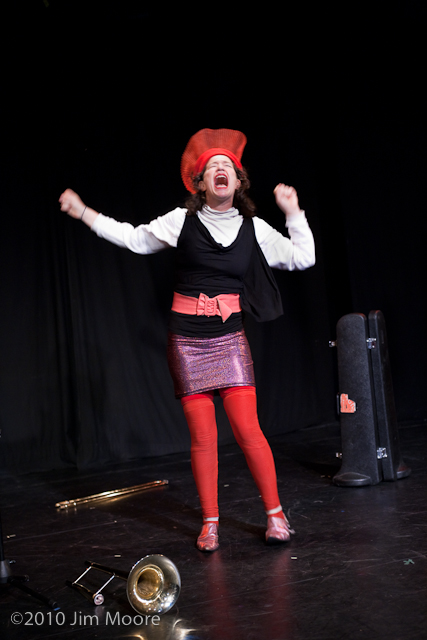 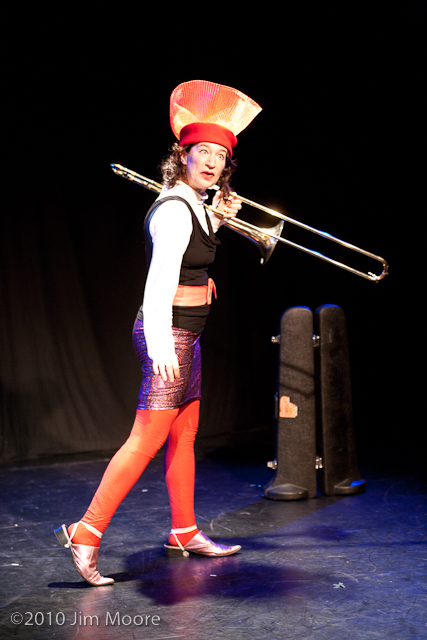 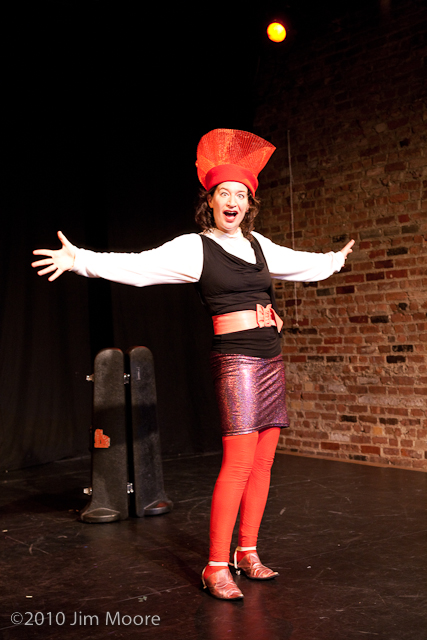 A bow is what is needed for this adventurer!

Sarah Liane Foster graduated with honors in creative writing from Brown University, after which she studied physical theatre at the Dell’Arte International School of Physical Theatre in northern California. Since then she has been creating, performing, and teaching movement theatre in Portland, around the United States, and internationally. She is co-artistic director of the Nomadic Theatre Co in Portland, and periodically leaves town to go on expeditions with Clowns Without Borders in areas of the world in great need of laughter. Around Portland you might see Sarah walking on stilts, eating ice cream, and biking furiously up big hills.

How To Give Up On Your Dreams: By Not Really Trying - Zea Barker