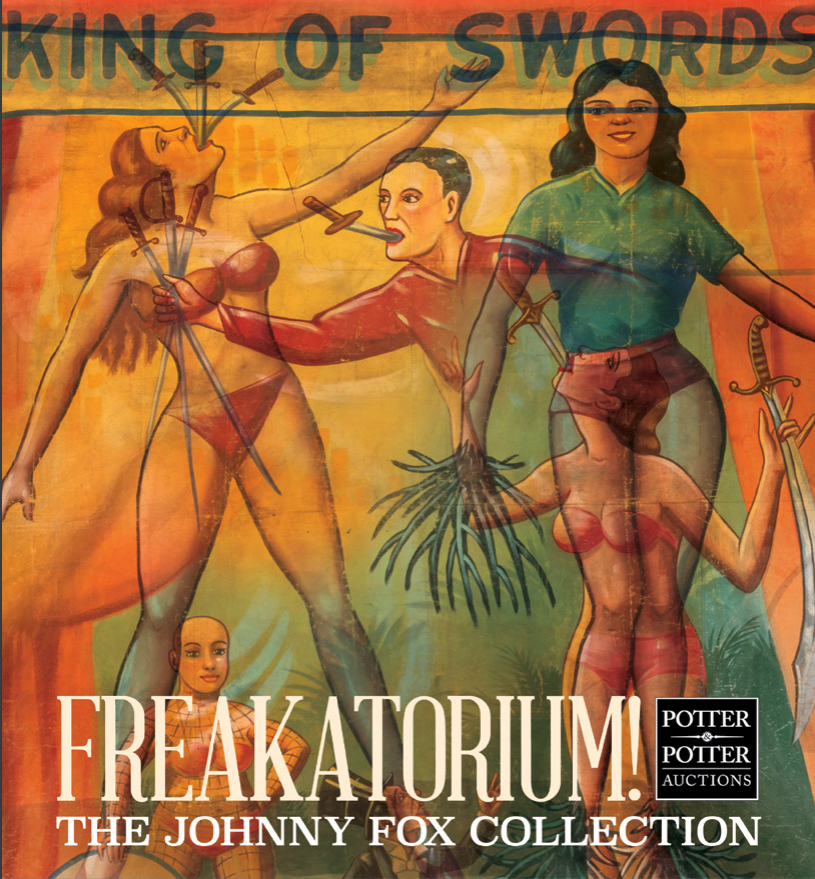 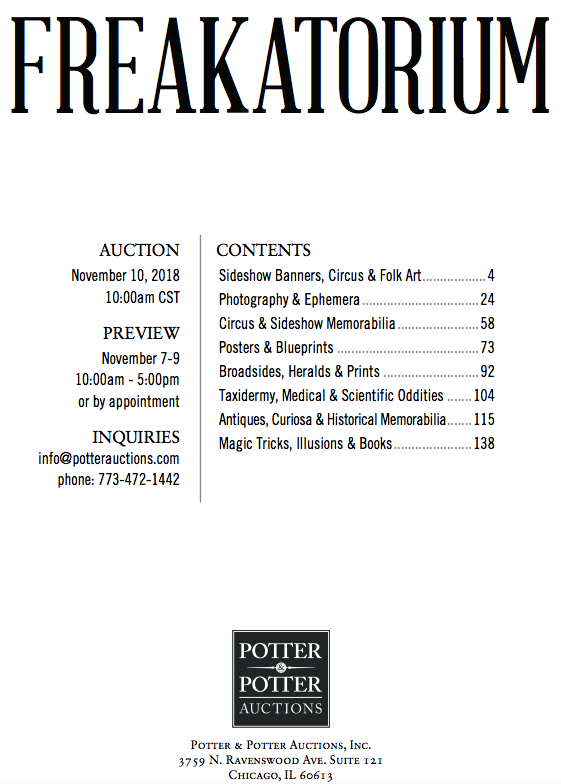 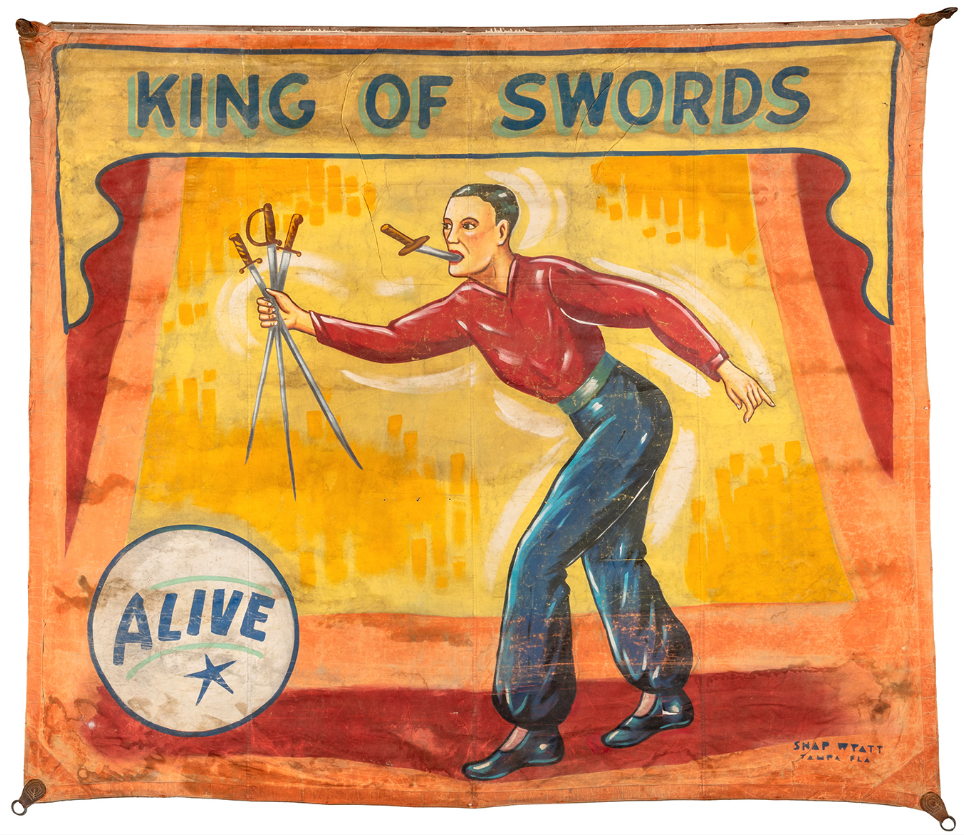 Wyatt, Snap. King of Swords. Sideshow Banner. Tampa: Snap Wyatt Studios, ca. 1947. Attractive canvas sideshow banner bears a full-length portrait of a sword swallower in performance, with a handful of shiny blades in one outstretched hand. 103 x 119”. Soiled and worn from use. 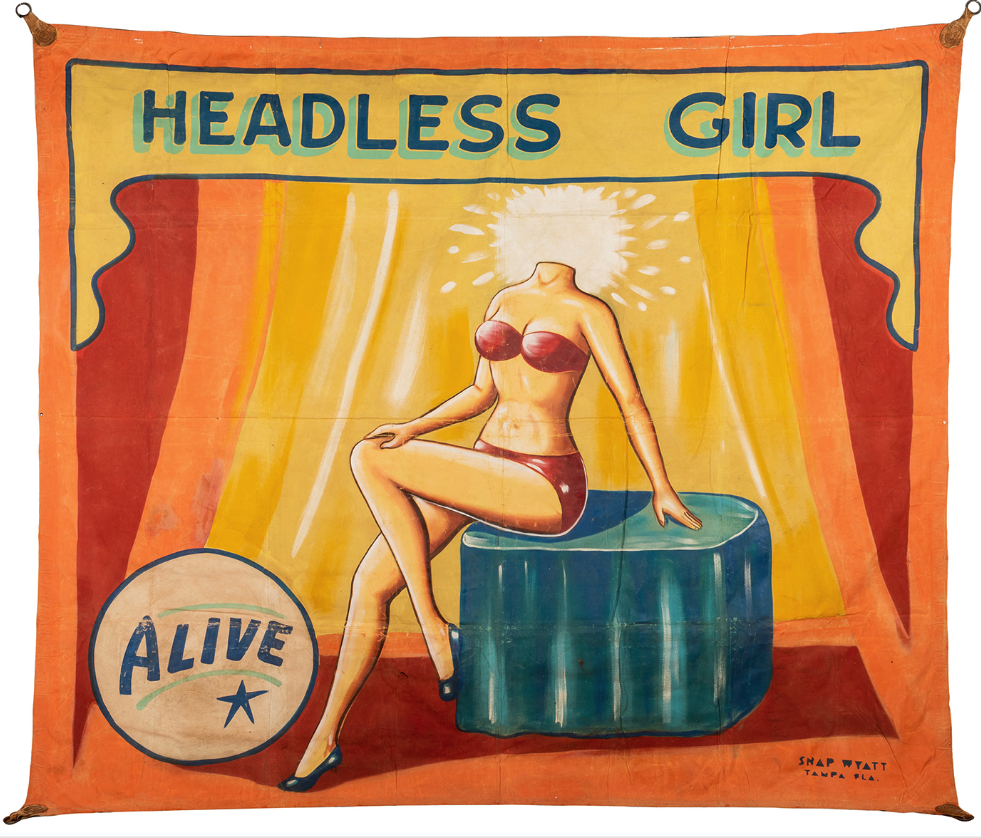 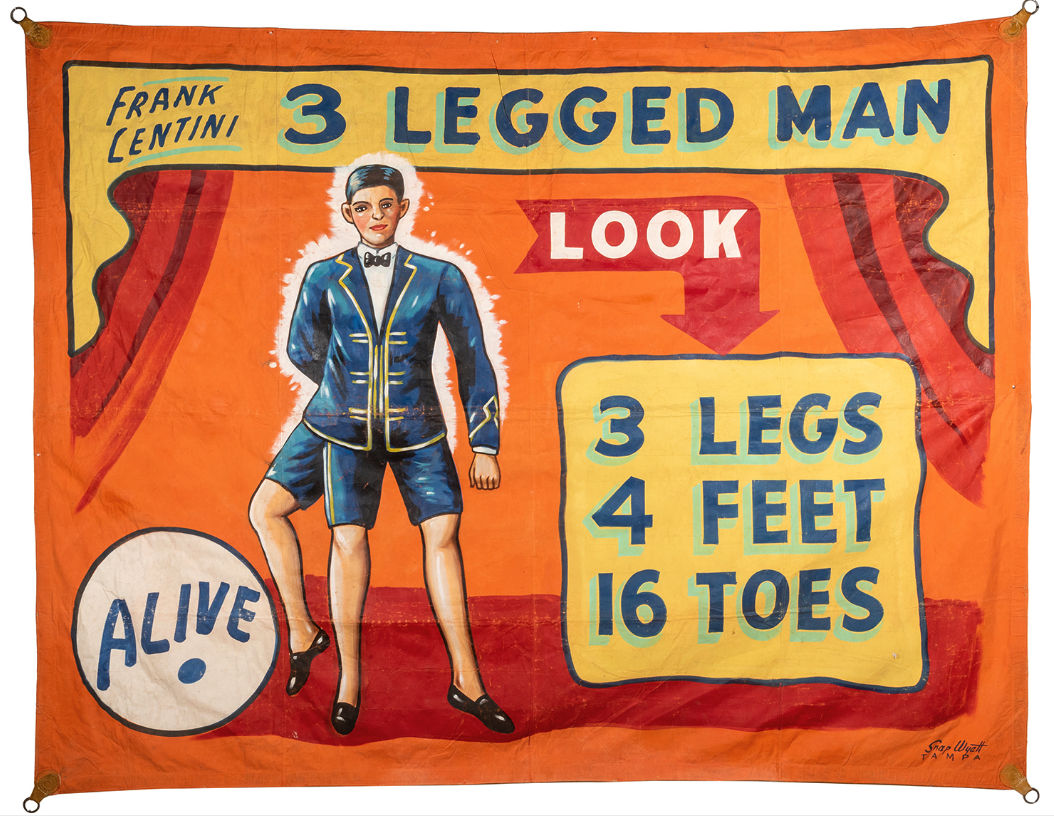 Wyatt, Snap. Frank Lentini. 3 Legged Man Sideshow Banner. Tampa: Snap Wyatt Studios, ca. 1950. Vibrant orange and red canvas banner advertises the man with “3 Legs, 4 Feet, 16 Toes.” 97 x 115”. Worn but very good condition. Wyatt (1905 – 1984) created many iconic banner designs. He worked quickly, claiming he could paint at least one banner per day at a retail cost of $85 each. In his heyday, he reportedly produced as many as 400 banners per year. 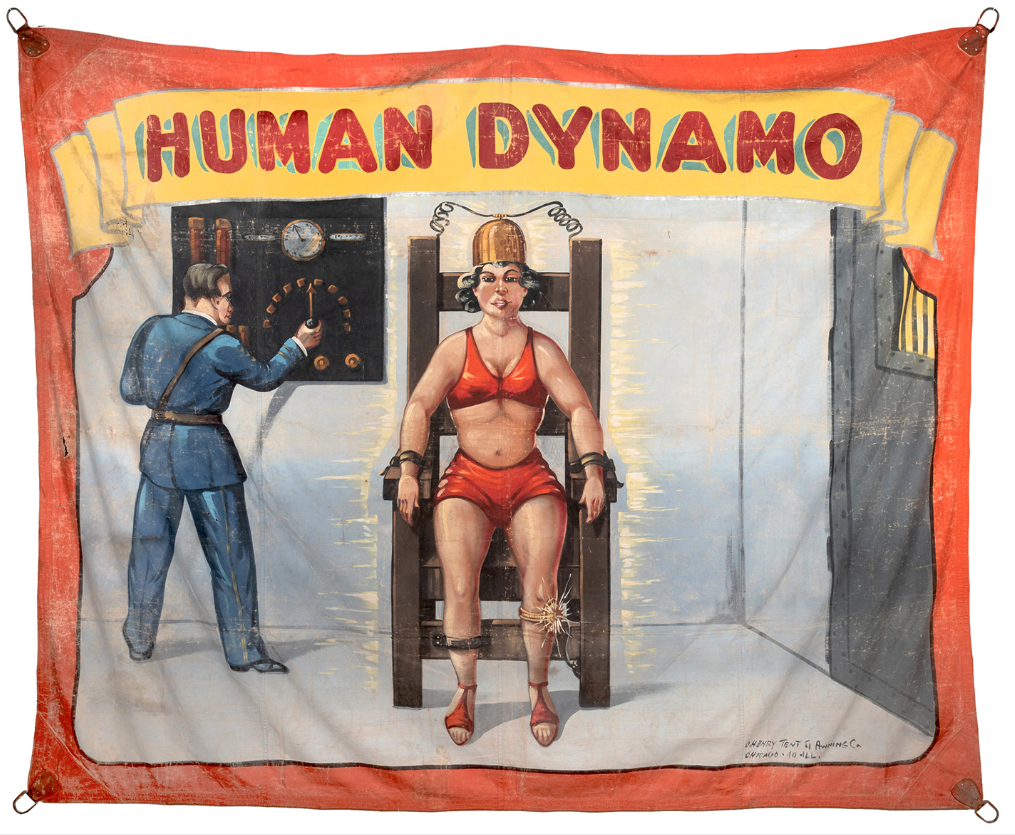 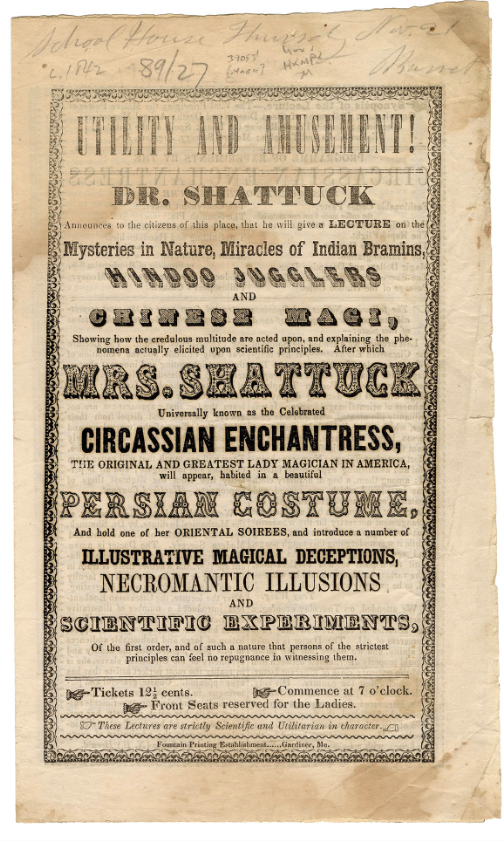 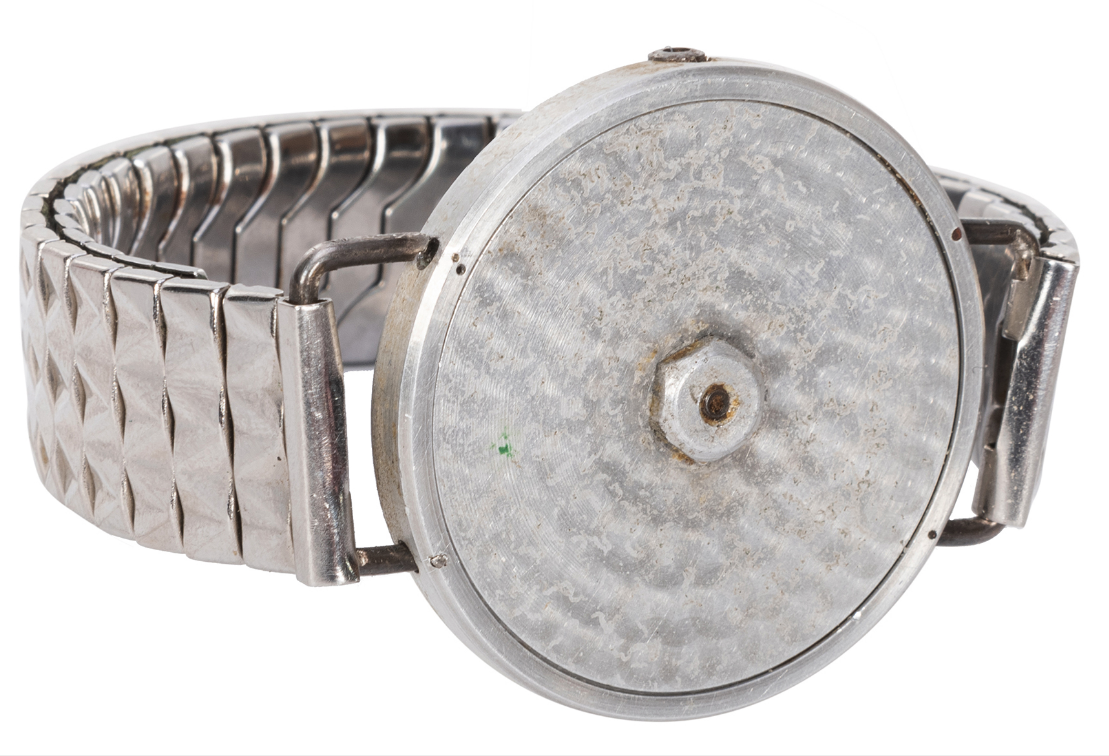 One of my favorite magicians of all time! Cardini. Here is an item of his.

Cardini Combination Watch/Finger Reel. New York: Richard Cardini, ca. 1965. Uncommon model of this thread reel with custom-made flexible watchband and metal housing. Lathe-turned device clips in to strap or is easily removed for use in either of two manners. Interior of case stamped “CARDINI.” An uncommon model. Cardini designed and built thread reels of many types – for the mouth, shoe, and hand. He also manufactured wristwatch reels of various styles. This is the first combination finger/wristwatch reel we have encountered. The device slips securely in to or out of the watch housing with a minimum of effort, for use in the hand, or strapped to the wrist. 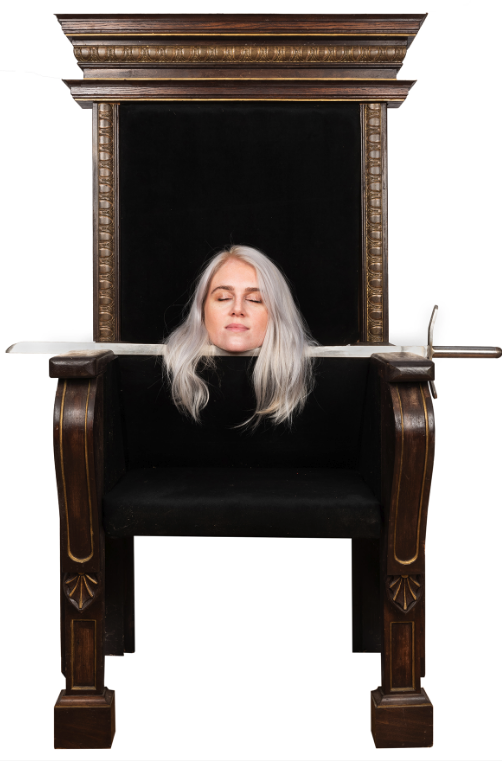 Head on Sword Sideshow Illusion. A disembodied human head – alive, talking, and moving – sits on the blade of a sword resting across the arms of a large wooden throne-type chair. Black art. Breaks down for packing. 62” high. Used but good condition. 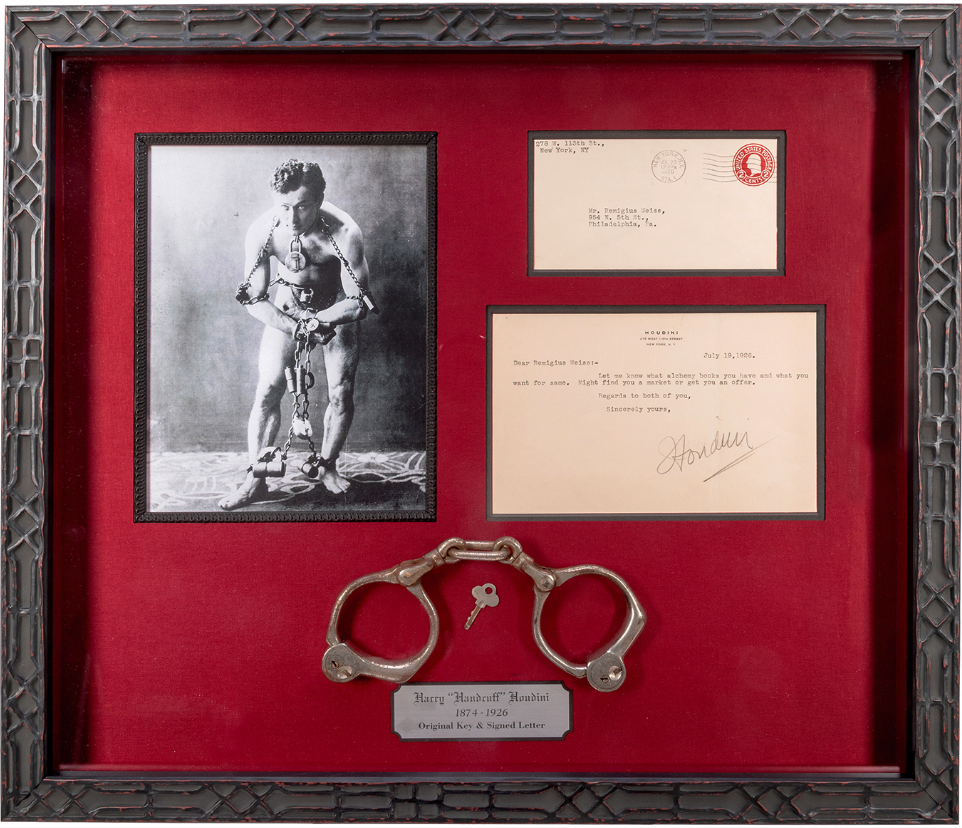 These are merely ‘scraping the surface’ of the collection. Go to the site to see all of the items up for auction.

For more information on this and other wonderful auctions click here!