Today I photographed a wonderful parade. Not your normal one. This was a parade that was promoted as “The Greatest Smallest Parade”. And indeed it was! Floats made from small toys and plastic characters were mostly waiting in line to head out for the grand Parade. 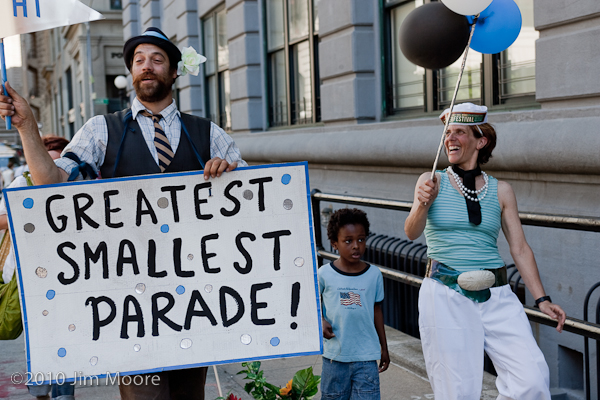 that happens at St. Ann’s each and every year. This is their 9th year! They have a Museum and start the festivities with a Greatest Smallest Parade.

The floats were varied. But most of the were very very small. It was a fun time for the families that just happened to be in Dumbo today. There was even a float that was a ‘cloud’. 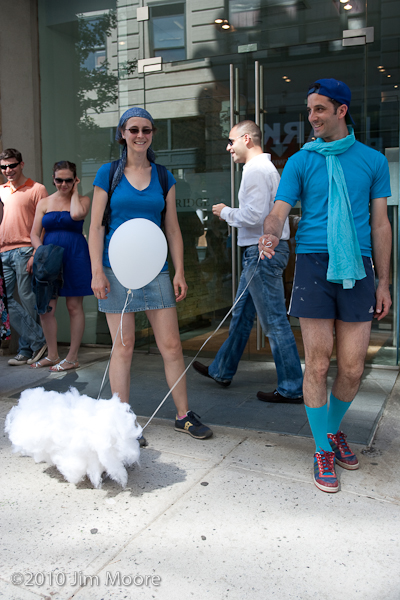 When the parade reached it’s destination St. Ann’s Warehouse it just so happened that a charming japanese couple were getting married. So they joined in and made the parade ever more festive. They even had a brass band to accompany them for their fun.

Once all the floats were inside St. Ann’s they are on display for everyone to see. I liked this one alot.

A charming heartfelt float by Jane Gish. She also did one of a boat.

Go to the website (HERE) to see what shows are coming to St. Ann’s. They start this week and promise to bring a smile to your face.

And the band plays on!

Zero Boy in the show '666" at Minetta Lane Theatre