Nicky Paraiso brought in a nice variety of performers for this evenings performance. 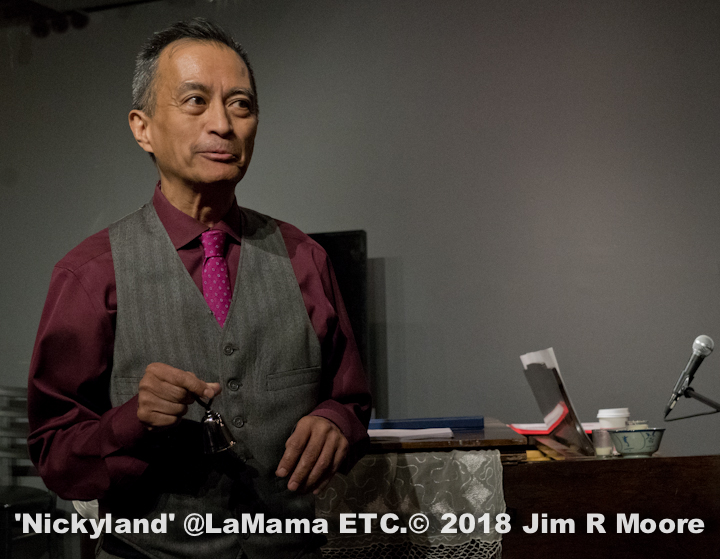 Nicky rings the ‘traditional’ LaMama bell to begin the performance. 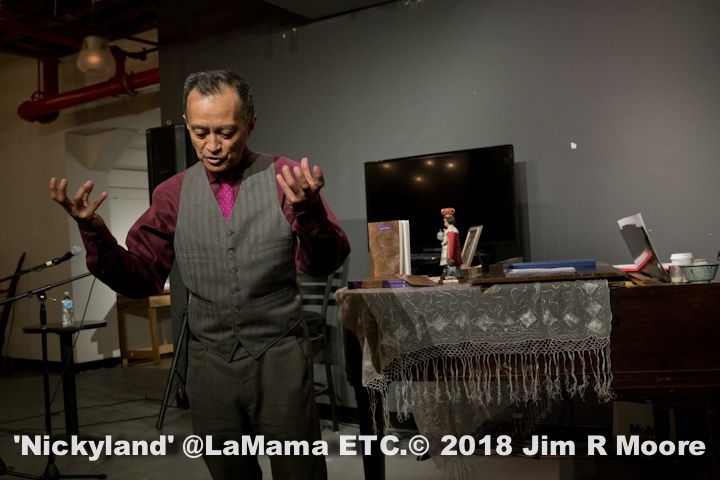 In his personal style, Nicky talks with the audience using very expressive gestures. 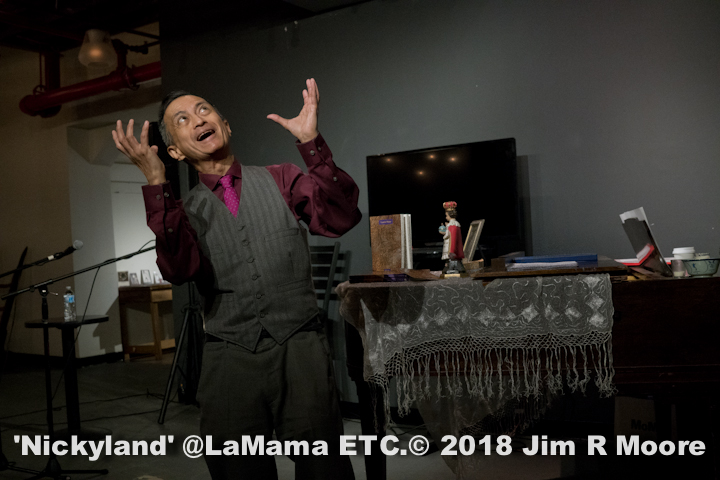 Calling to the ‘heavens’ to bring order to the current situation.

Nicky talks about his trip to Norway and other worldly issues. 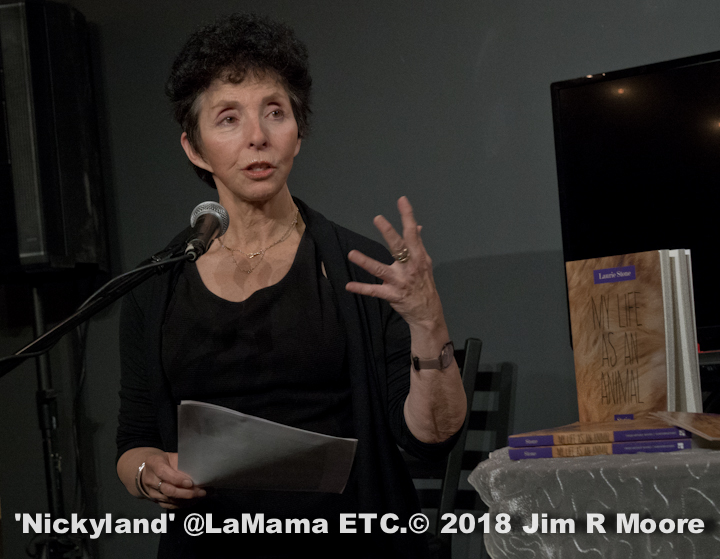 Laurie Stone reads from her new book ‘My Life as an Animal’. 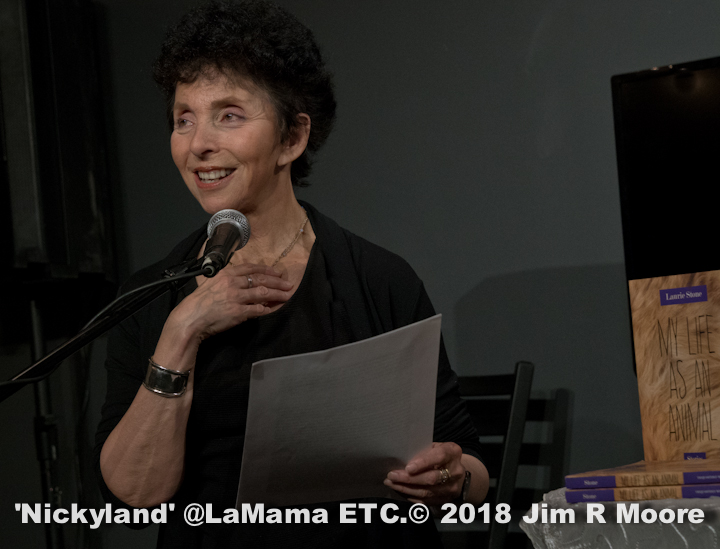 Reading moments of comedic text bring a smile to her face. 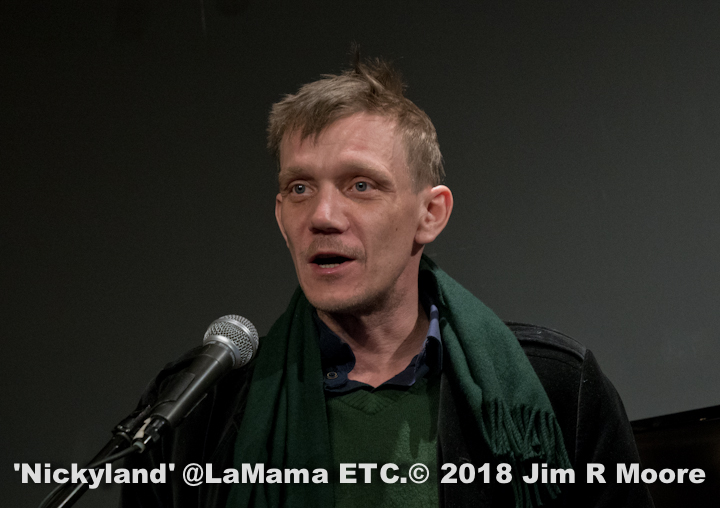 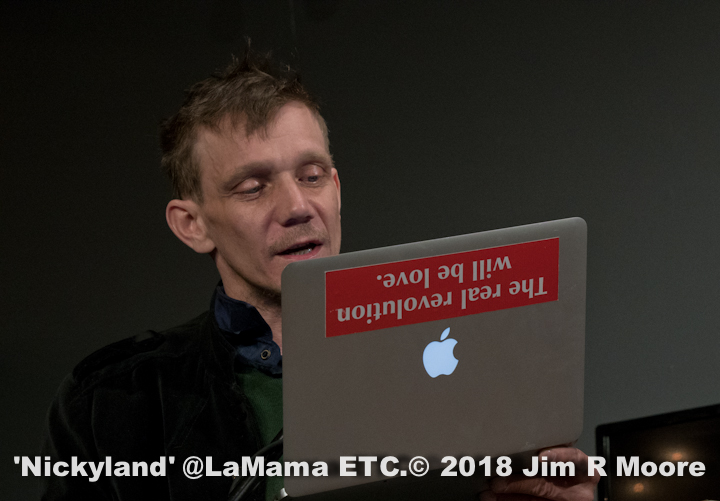 Piotr Gawelko reads his poetry off his laptop. Born in Poland and published “The City of Missing People” in 2014. 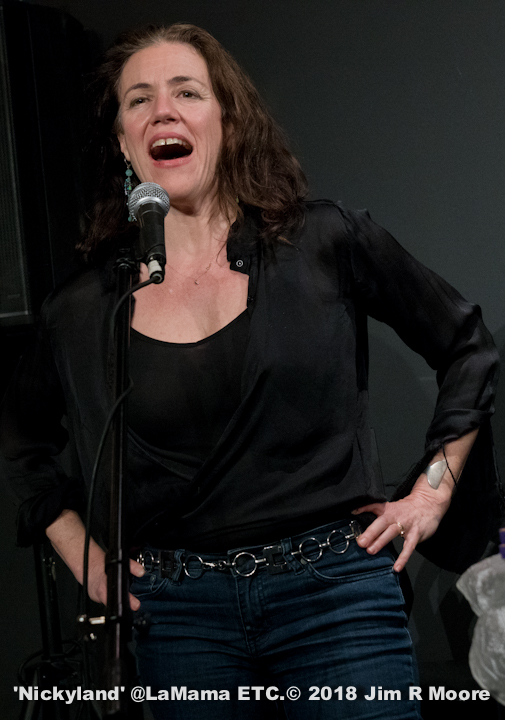 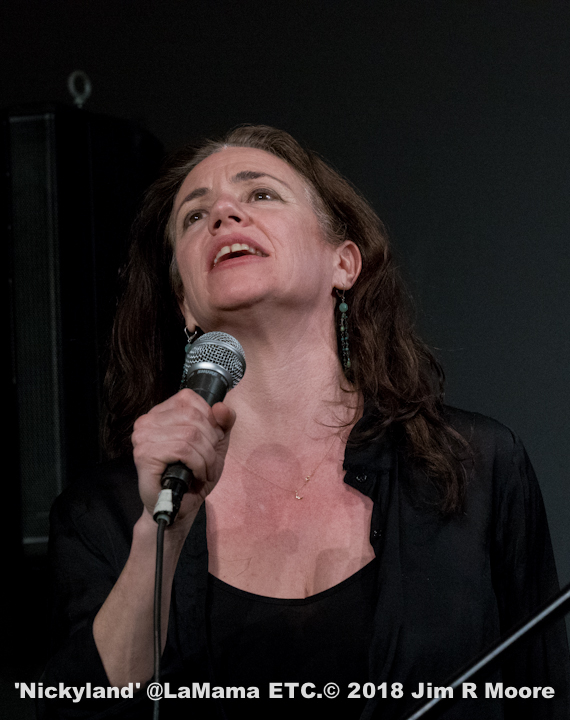 With passion and finesse, Abigail enthralled the audience with her singing. 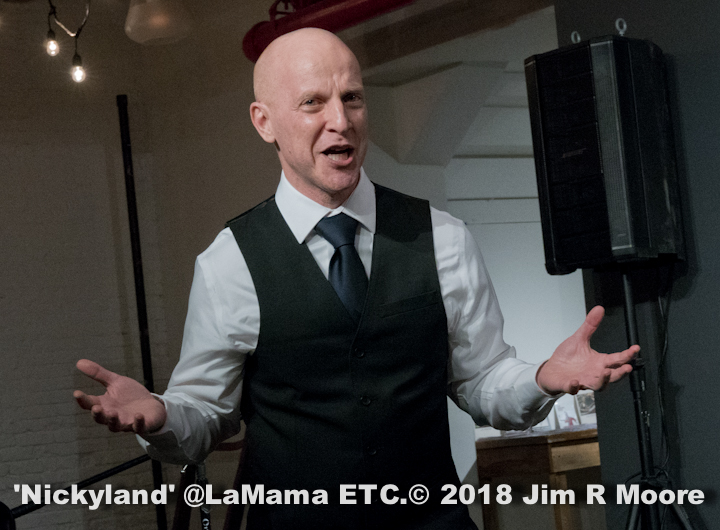 Paul Hallasy brought comedy to the stage with an excerpt from his one-man show. 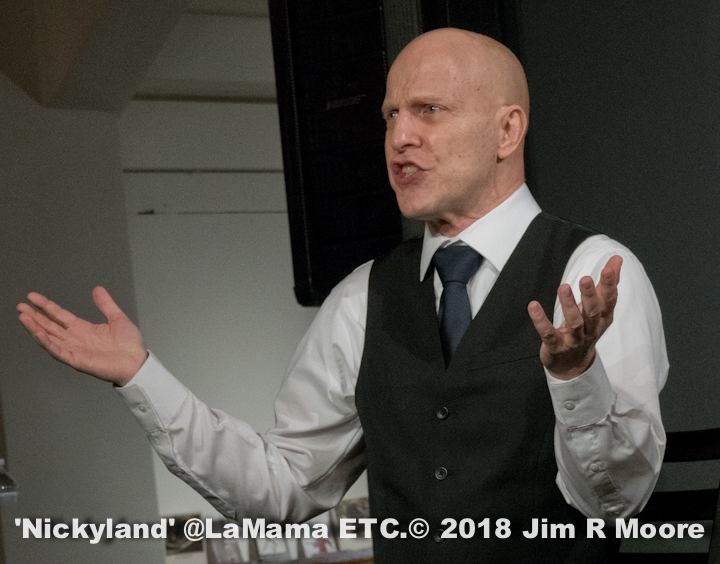 Paul had many adventures to share with the audience with his experiences as a ‘doorman’. 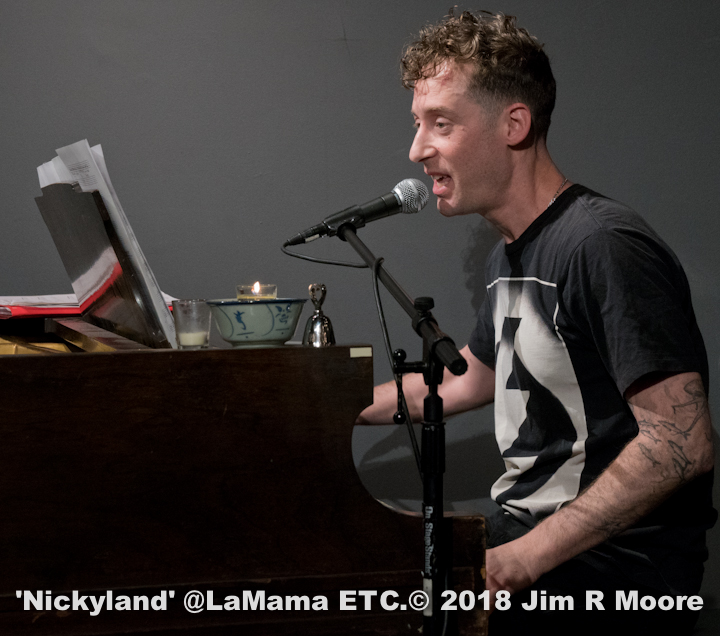 Gordon Beeferman attempted to sing an original composition about birds but… 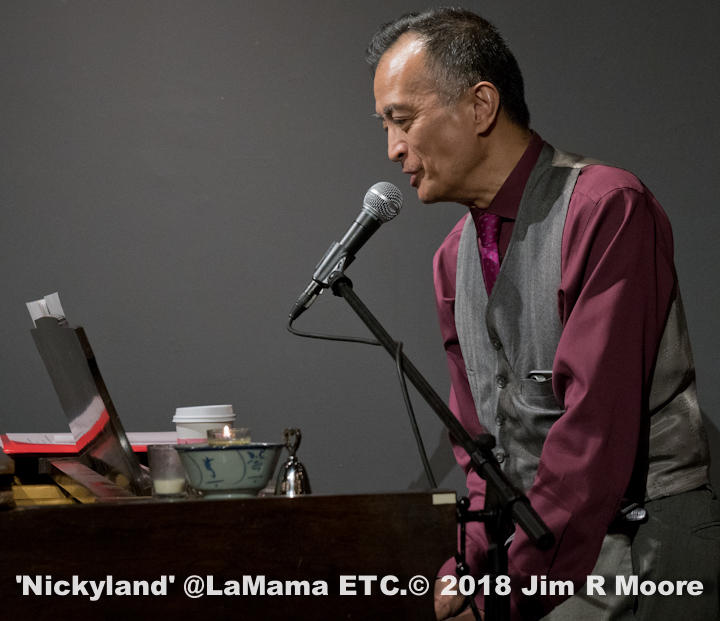 In addition to singing an original composition, Nicky also ended the show with the audience joining in on “Downtown”.

Check out the LaMama calendar for other upcoming cultural events.

In the spirit of rebirth, renewal, and the resurrection of the spirit, curator and host Nicky Paraiso addresses the current political and social climate in a serious attempt to investigate and celebrate the origins of cabaret.

Although the 19th-century French definition referred to any business serving liquor, a cabaret in the early 20th century was an informal salon or safe place, as it were, where poets, artists, and composers could share ideas and compositions, present new works-in-progress and decry the political ills of the day. Exemplary writers and performers extraordinaire are invited to respond to recent life-changing and transformational events while songs continue to be sung with entertaining consequence.

Yoshiko Chuma & The School of Hard Knocks presented a video of their tour in Europe.