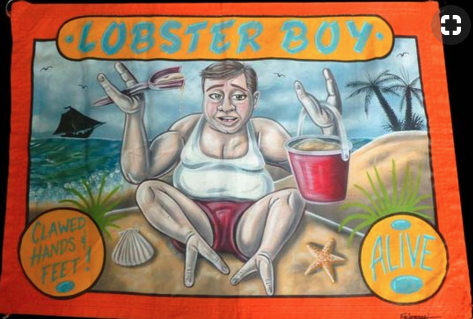 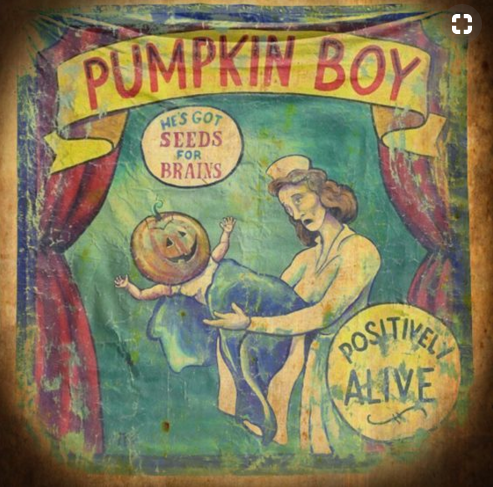 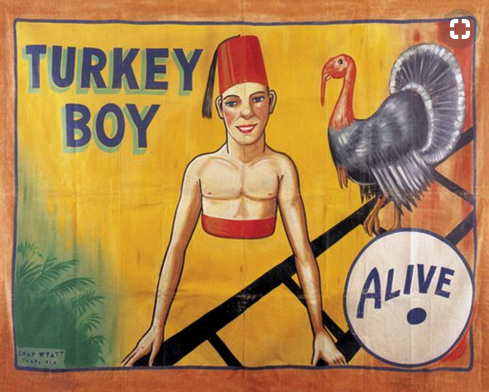 Snap Wyatt was a prolific painter of huge circus banners primarily in the 1940’s and 50’s.  He was known for his bold, cartoon-like style. His banners were painted with quick caricatures, and only the essential details of the performer were outlined in black to make them stand out. He said he could finish one in a day for about $85. bucks. The bright and colorful banners drew in the crowd with the mystery of what was inside the tent. Wyatt is considered to be among the top in his field. His banners today sell for thousands. 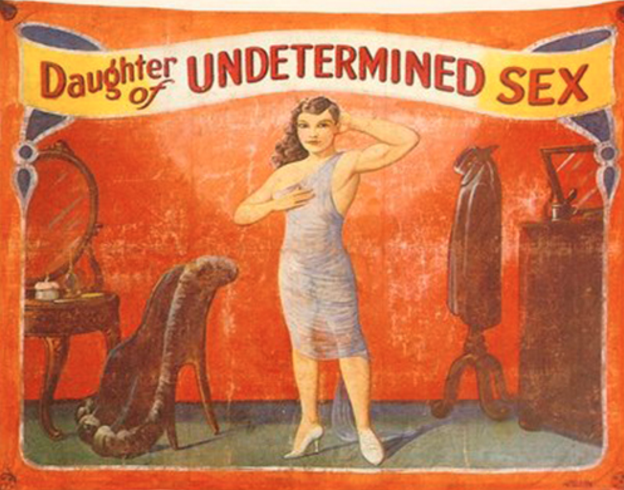 Sideshow banner painter Snap Wyatt and a handful of others including Fred Johnson, Tattoo Jack Cripe and Jack Sigler (now all deceased), brought art to the carnival midways of the 30’s through 60’s with their 10′ x10′ banners that waved outside the circus and carnival sideshows drawing the crowd to come inside.

Originally intended as silent talkers, the huge canvases played to a carnival attendees curiosity and directed them to walk right into the sideshow tent.

The banners portrayed the acts inside the tent and were an interesting combination of the bizarre and human oddities – from Major Debert Tiniest Man to the 643 pound Sweet Marie, Huey The Pretzel Boy to the Alligator Girl, Hydrocephalus Baby to The Penguin Boy.

Few considered the canvasses of sideshow banner painter Snap Wyatt and the other banner painters an art form at the time they were painted, yet today the mega-paintings are being bought almost as fast as they’re hung on an art gallery’s wall. 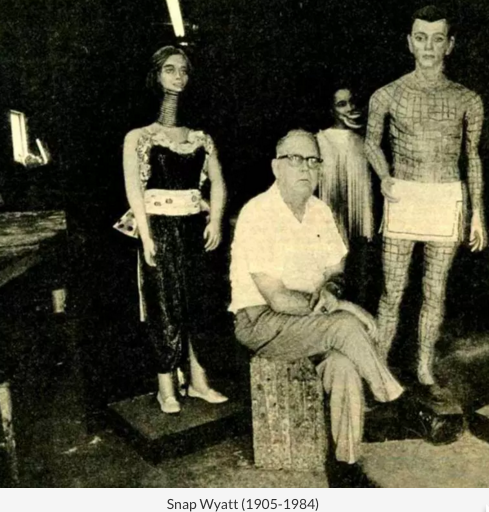 Some of the original posters are now part of the Kohler Foundation.

For more information and other posters by Snap Wyatt go here.