Peggy Shaw standing on a green screen seamless paper backdrop and 3 large screen monitors facing her from both sides of the paper and in front.

A heart felt piece of theater about one’s life, health and all else that seems to matter.

Bringing in to her text (co-written by her long time partner Lois Weaver– who also directs this piece!) a long list of friends that have been her support for the many years that she has been performing.

Music, comic relief and lessons about her stoke are all part of this evening of personal introspection that leaves you touched so deeply. 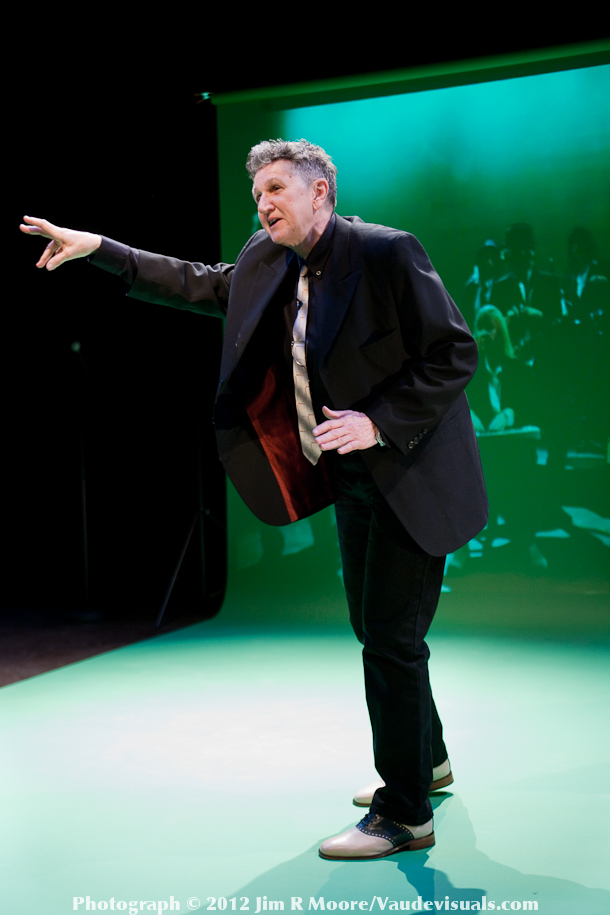 Peggy Shaw explains the different ways to tell if you are having a stroke. #2 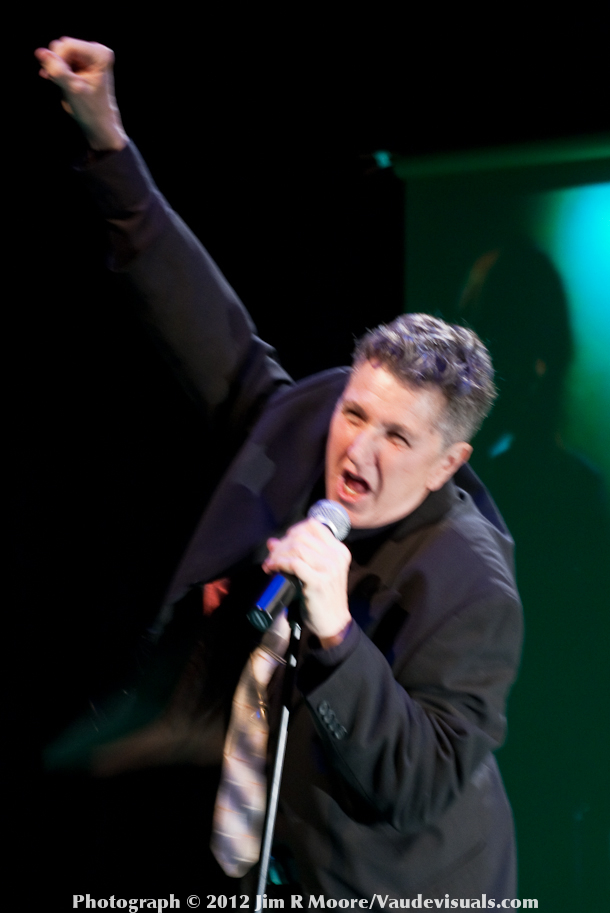 Peggy Shaw sings along with the band in one of her favorite songs. 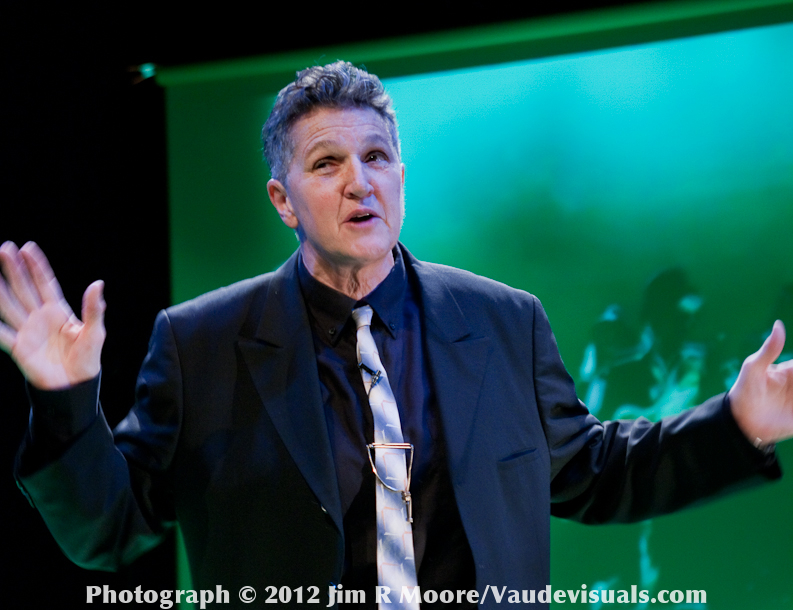 An exclamation of some of life’s difficult times. 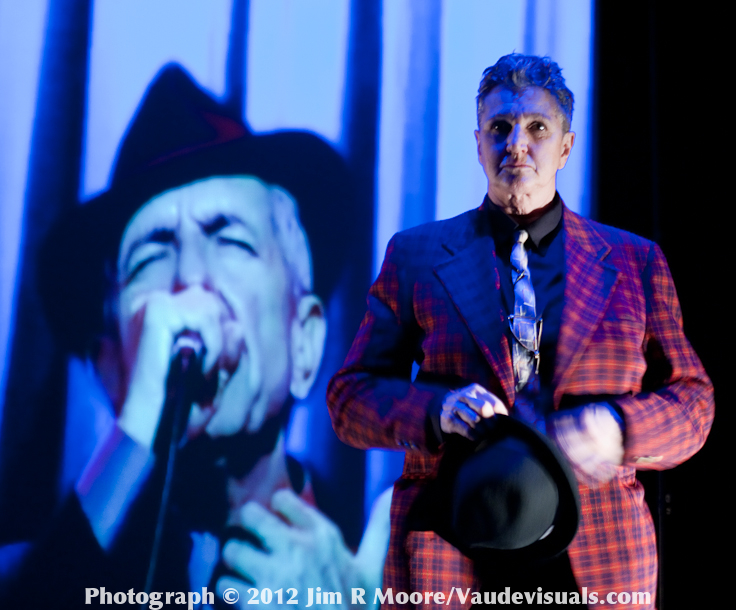 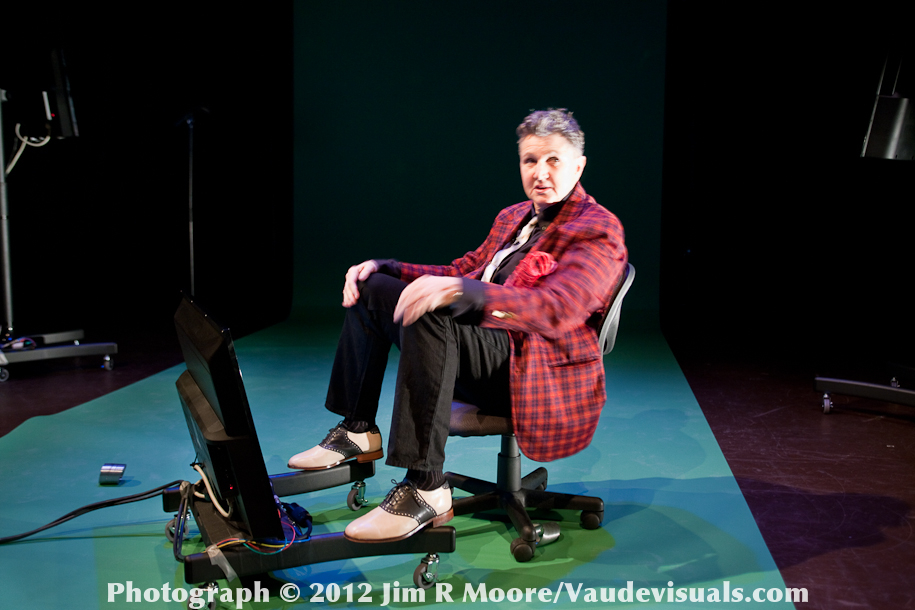 Relaxing in front of a monitor telling stories about her life. 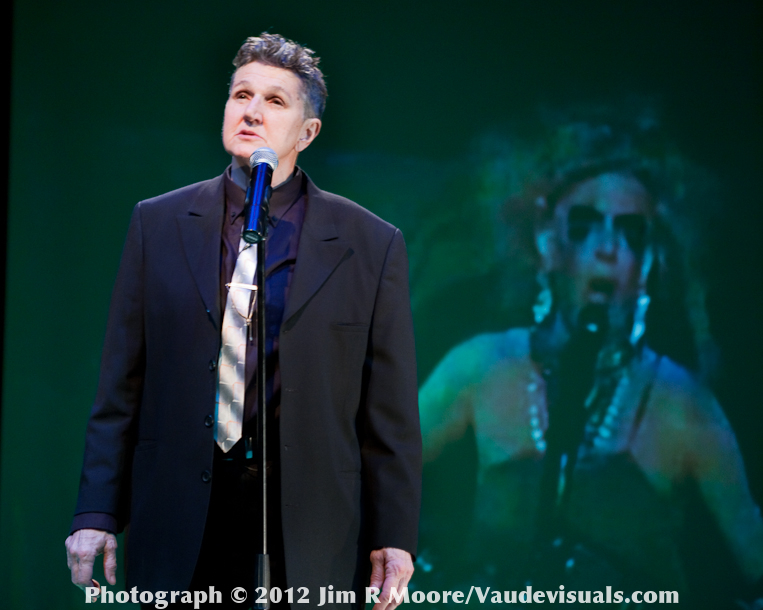 Singing along with Ethyl who is not far behind her. 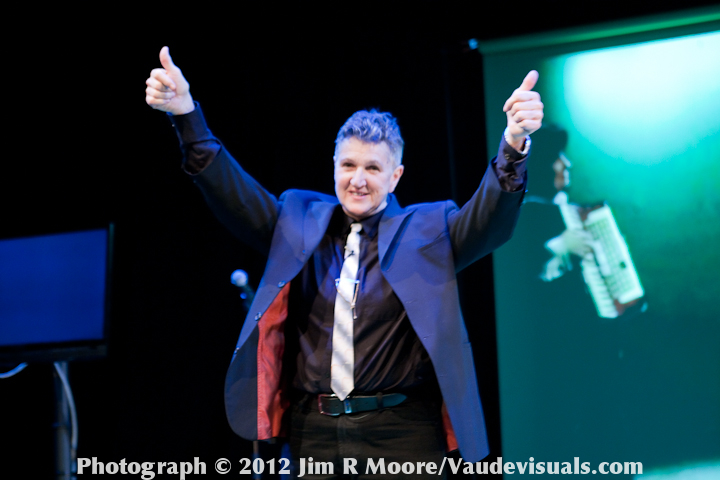 Peggy Shaw during her curtain call!

To view the video interview with Peggy Shaw conducted by Vaudevisuals go here!

For information on Peggy Shaw’s RUFF or any other COIL FESTIVAL performances go here!

For more information on cast and crew go here!