This show is a visual treat for the senses. Film noir, radio drama, music and experimental multimedia executed by the 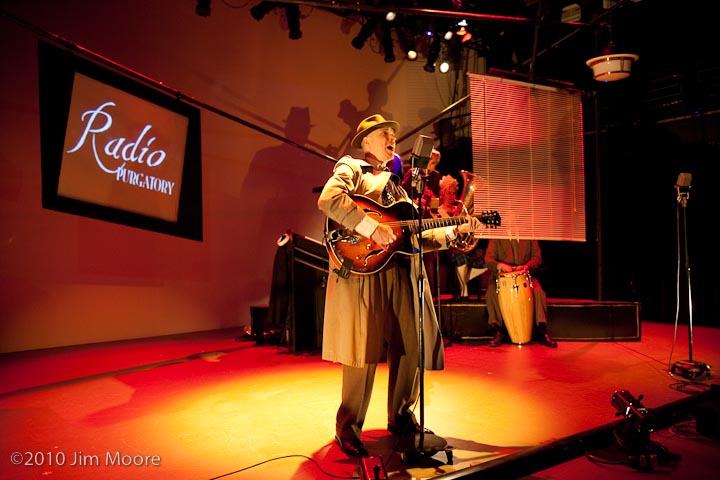 Headed up and written by Aldo Perez (aka Dick Flavor) 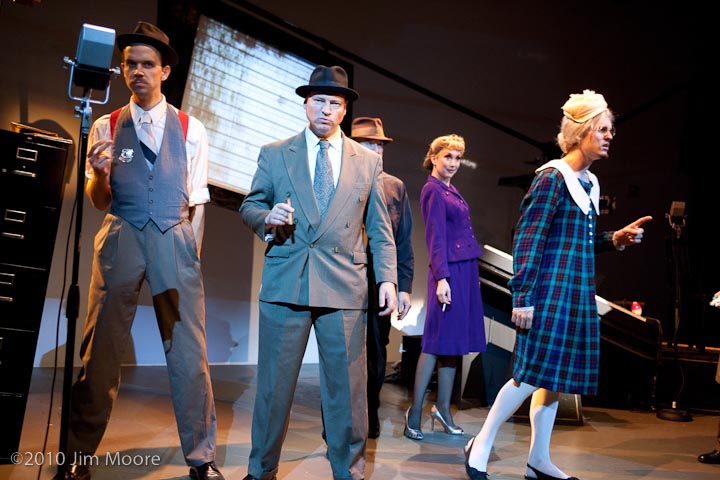 The production has many backstage production people that are such an intregal  part of the show.

Original Film and Cinematic Designs by Tatsushi Tahara – This was an amazing contribution to the visual aspect of the show.

Lighting Design by David Tirosh – Another intricate and beautiful part of the visuals.

Video Designs by Piama Habibullah – This was a mesmerizing element of the production. 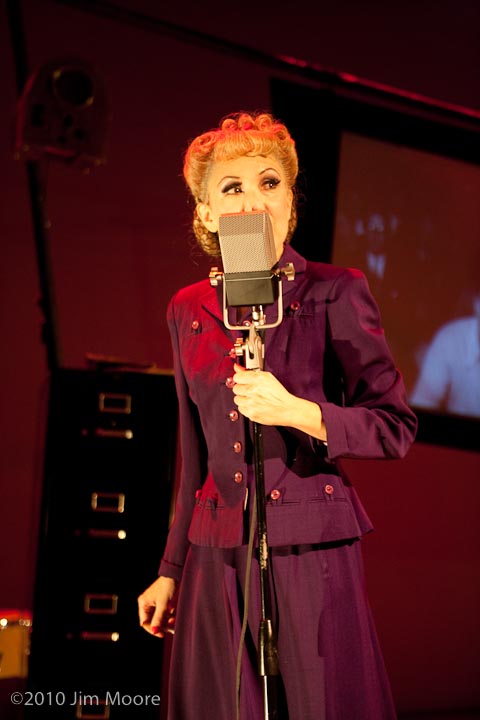 Here is Jenny Lee Mitchell at the microphone.

The combination of film noir visual and the radio drama was seamless. 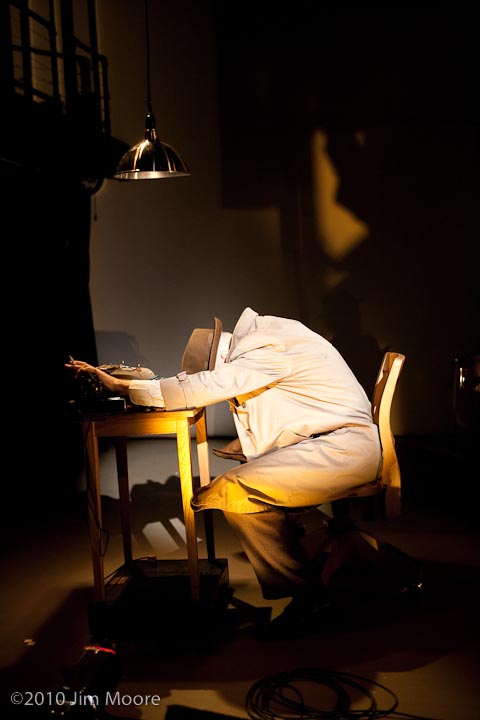 Besides writing the play Aldo Perez was the star, wrote the songs and did the intricate sound design. 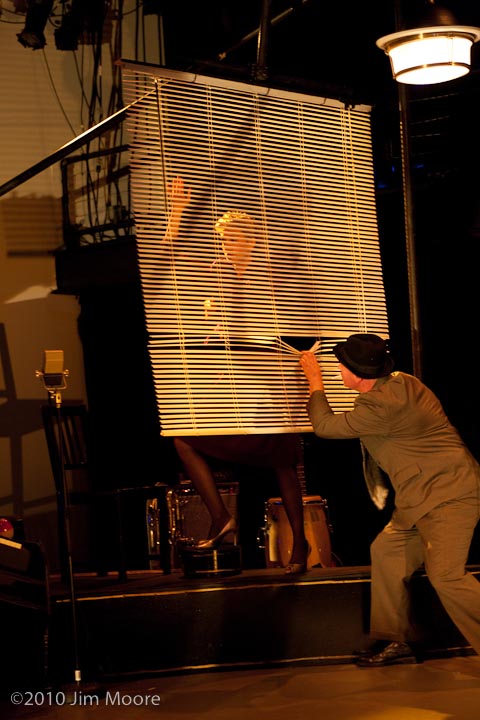 The set was simple and created all that was needed to hypnotize the audience. 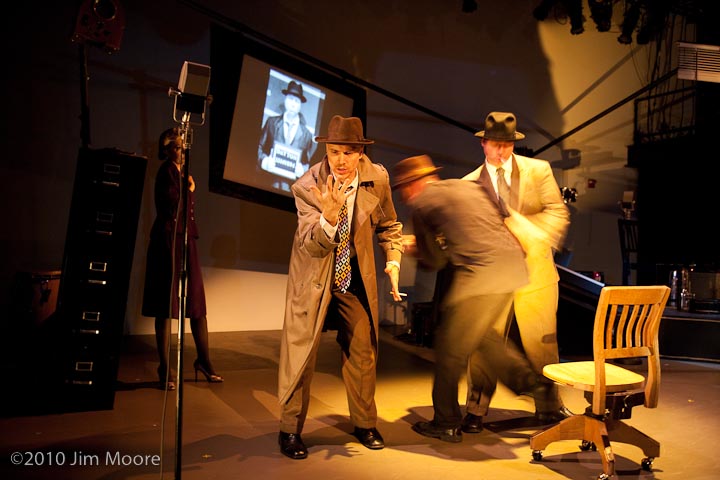 The action was terse and the visuals were great!

Pugfaced Mike (Richard Ginocchio) startled as he holds the doll. 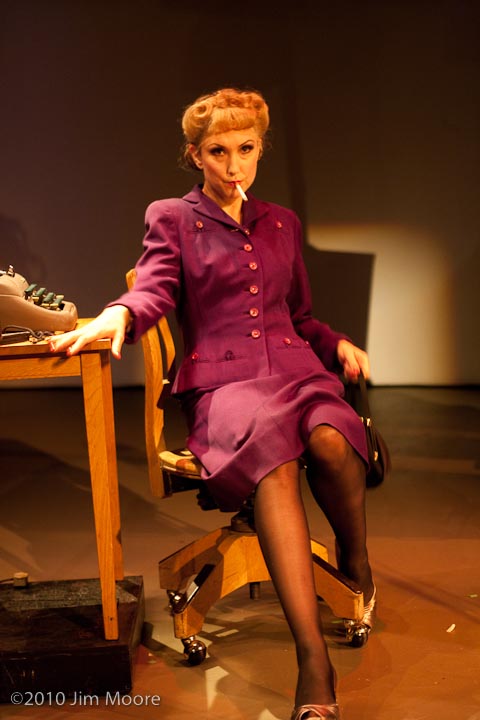 The Dame (Jenny Lee Mitchell) cast a spell on the audience. 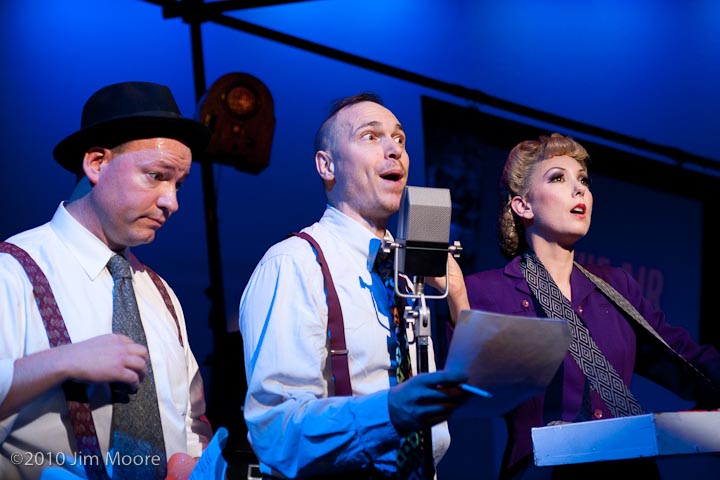 In traditional radio show form we have Richard Ginocchio, Aldo Perez and Jenny Lee Mitchell at the microphone. 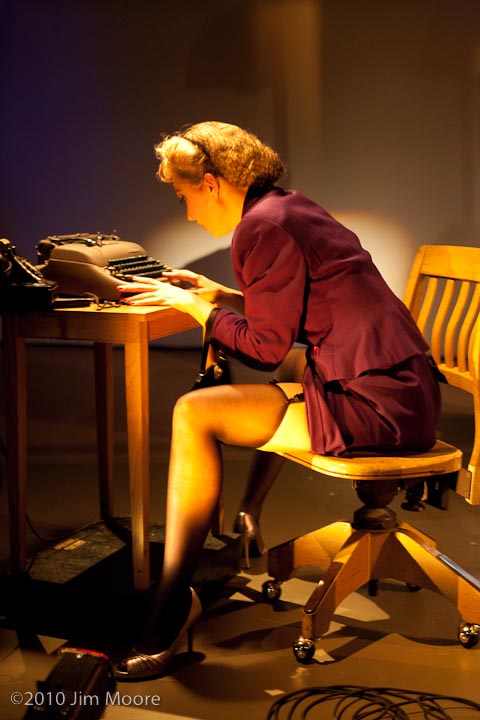 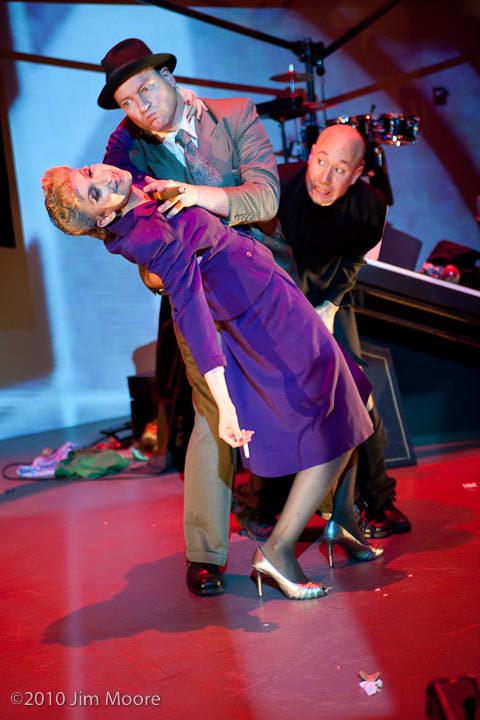 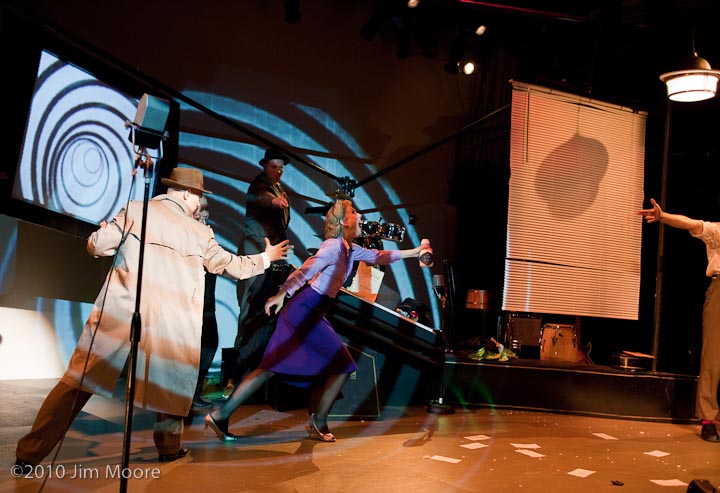 The set design, video design, lighting and projections play a very important part in this show! 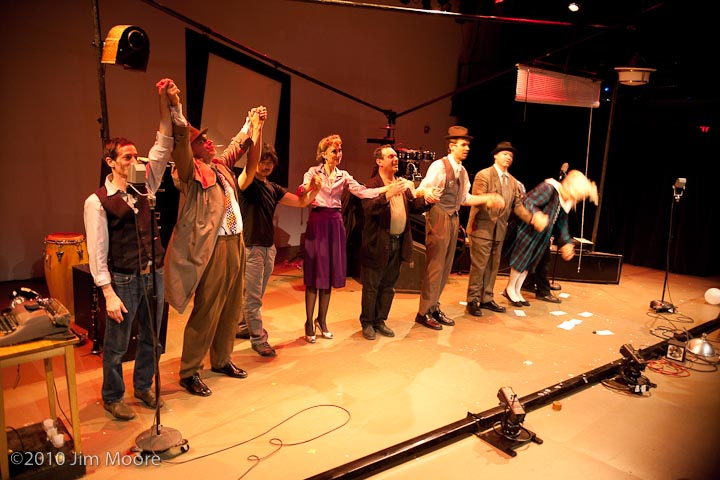 The applause was well deserved at the curtain call for a great show that came 0ff like clockwork.