Here are some memorable images from both nights! 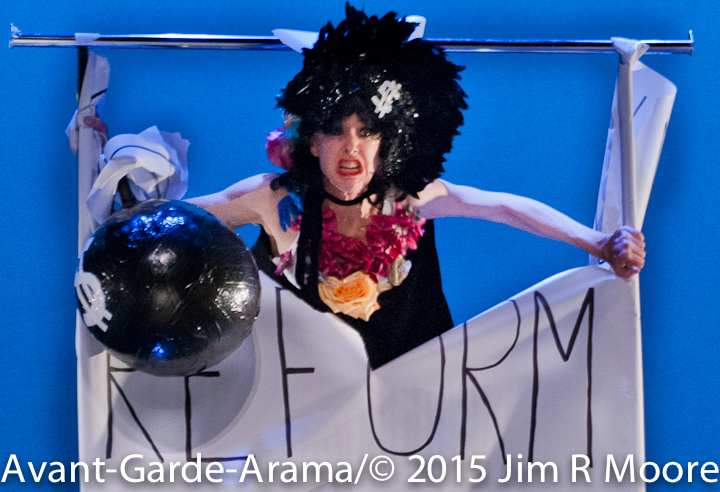 Salley May busts thru the “Social Reform” tissue and starts to cause havoc to society. 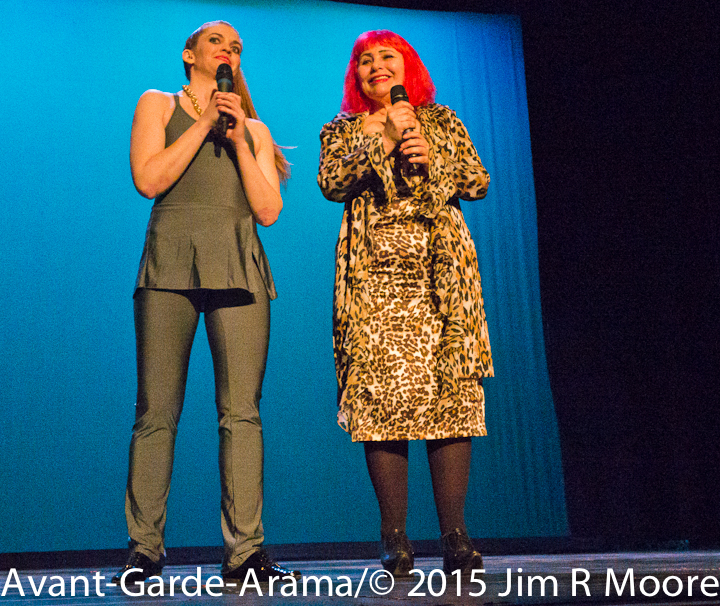 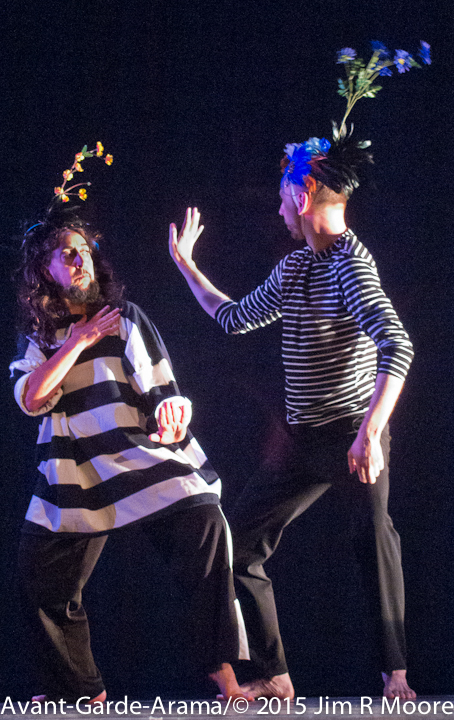 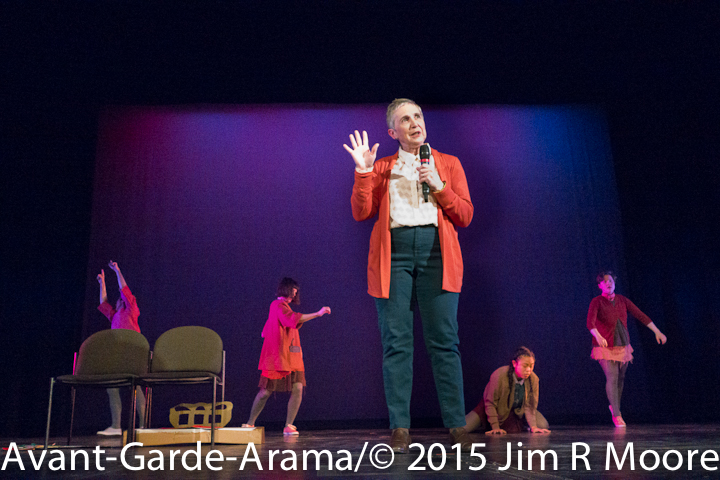 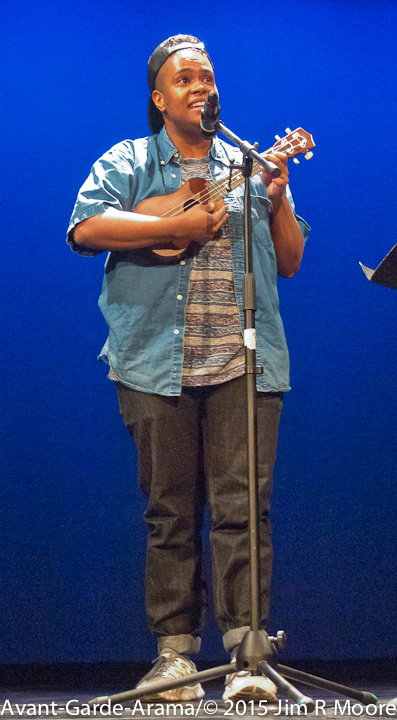 Representing PS122 – niv Acosta performed a ‘sing along’ with the audience. 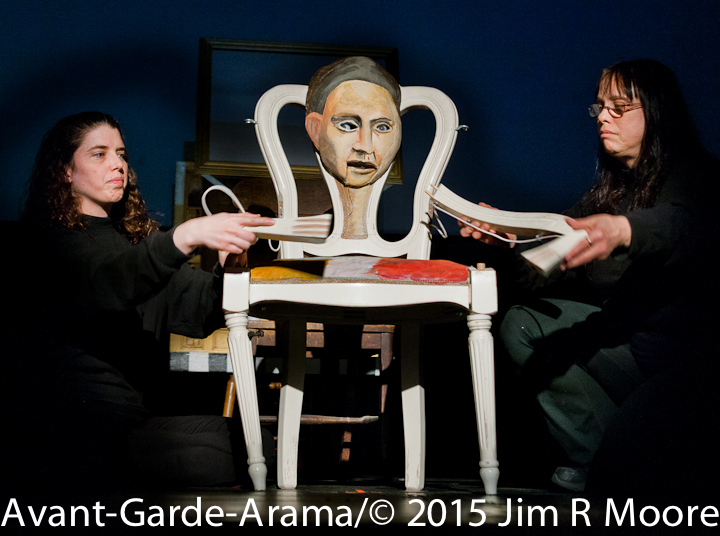 Representing LaMama – Theodora Skipitares was projected on a video screen while 2 puppeteers performed on stage. 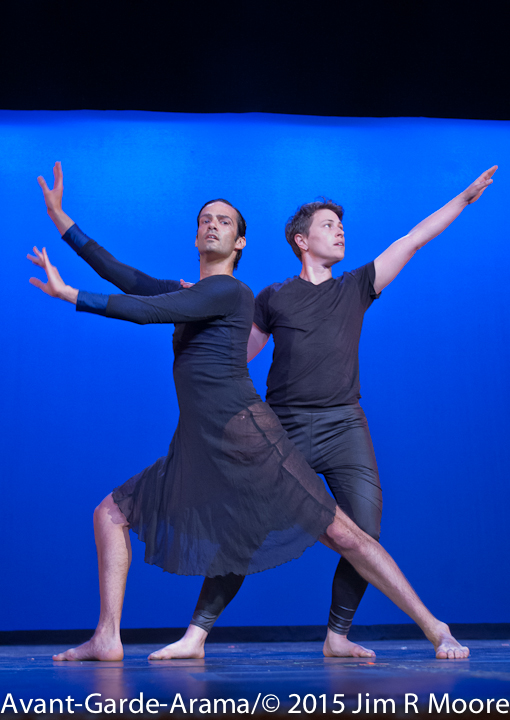 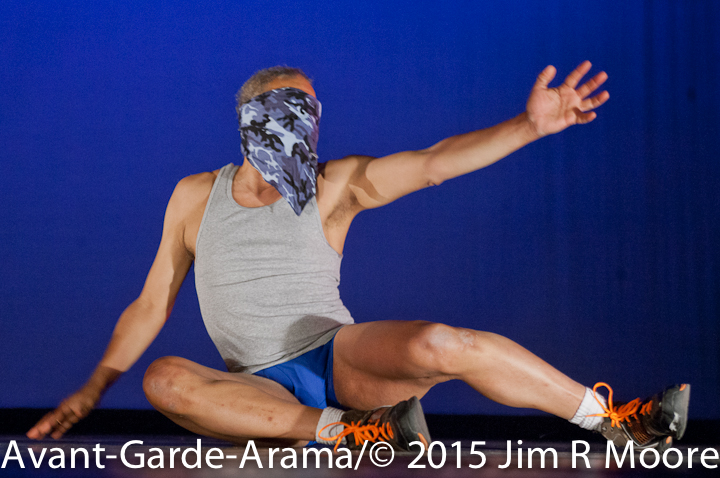 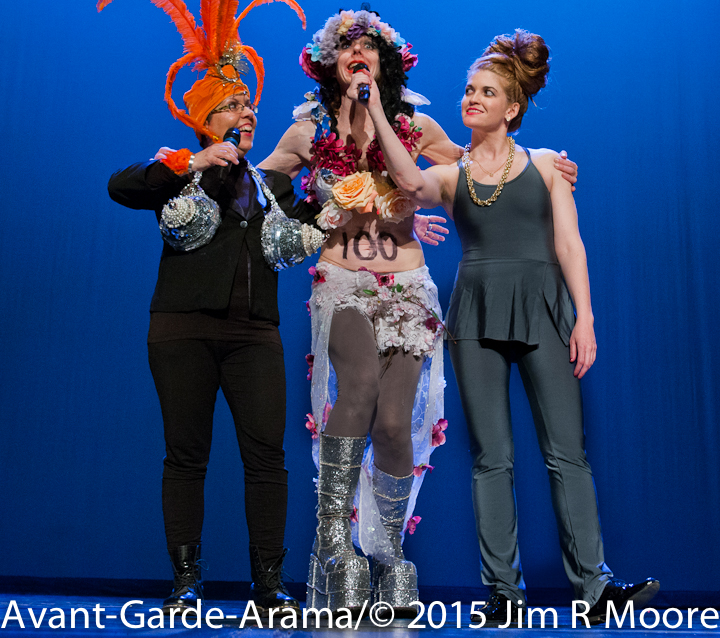 Carmelita Tropicana and Erin Markey hosted the Saturday night show with Salley May pitching in. 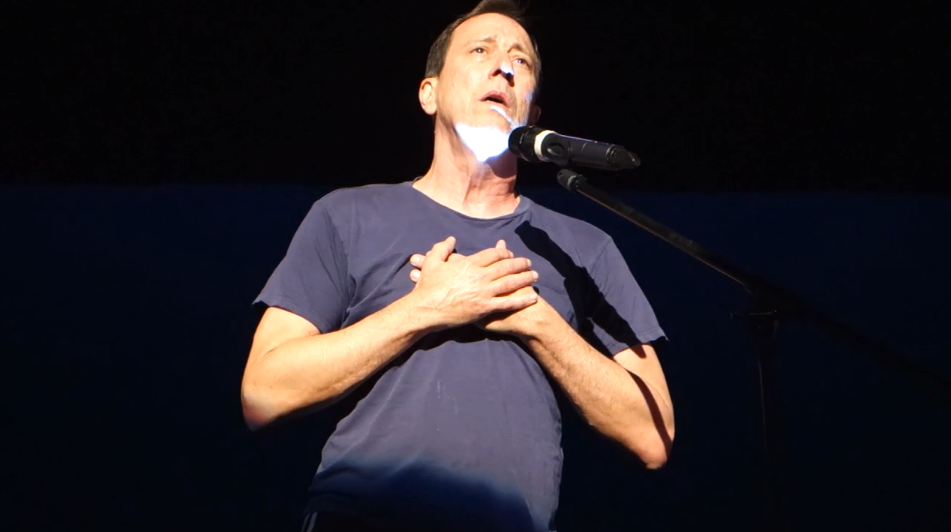 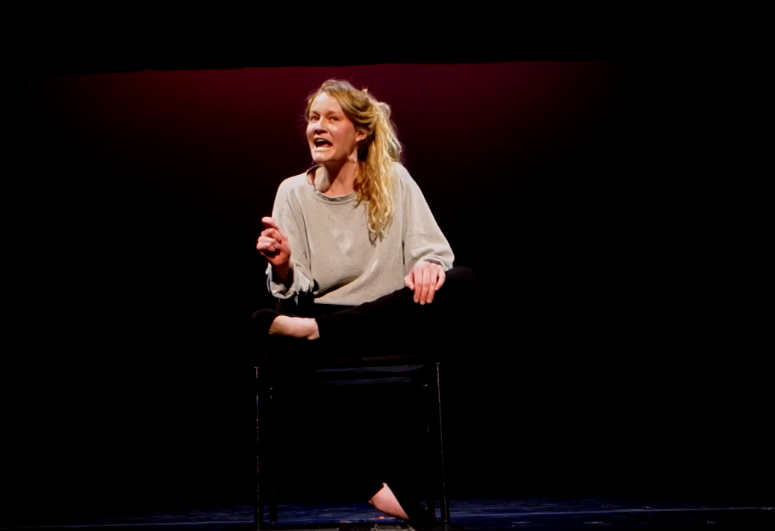 Representing The Bushwick Starr – Emile Owens performed a solo on behalf of Half Straddle. 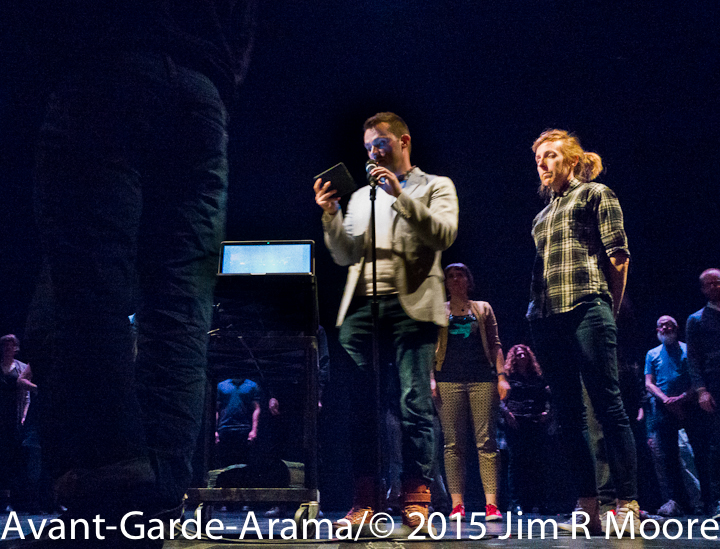 Representing The New Museum – Travis Chamberlain (for Jennifer Monson) charmed the audience into moving in the theater. 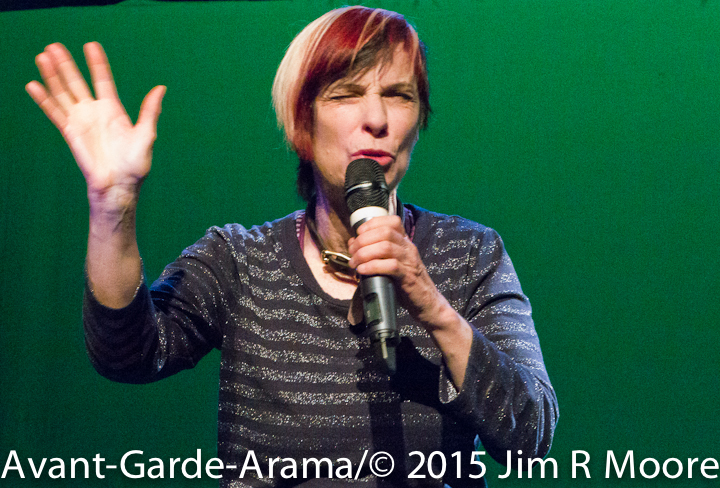 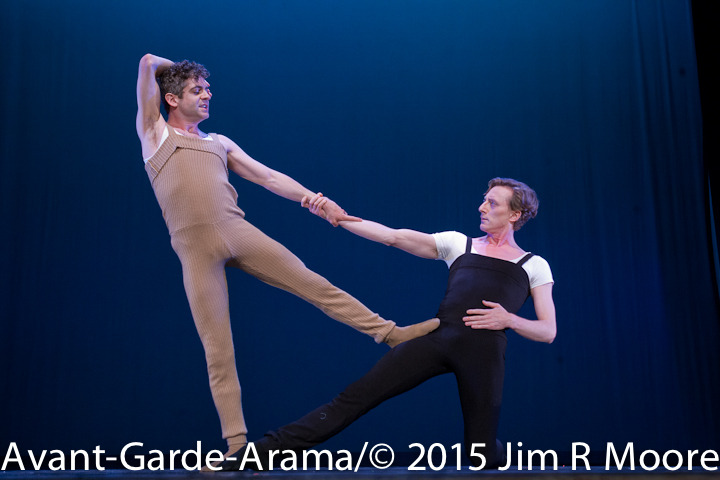 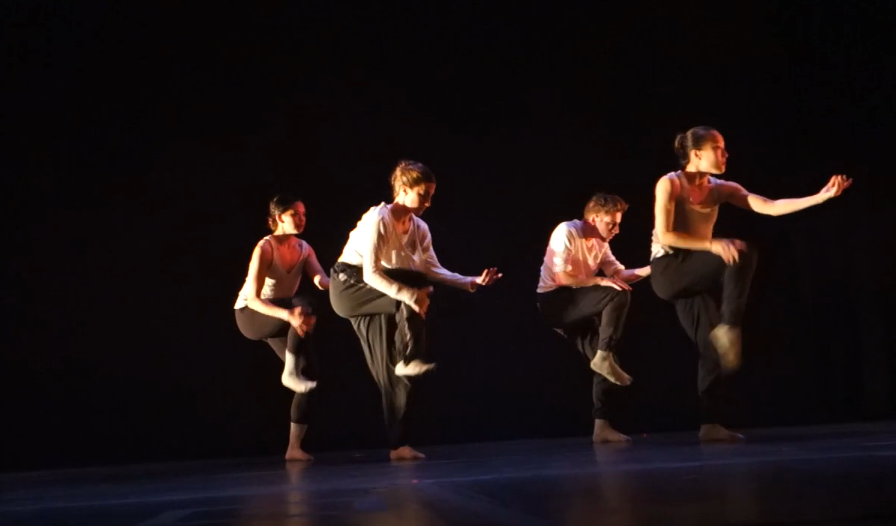 Also present in the show was:

Representing The Performing Garage/Wooster Group – The Institute for Psychogeographic Adventure