Saturday night was the second of a two night celebration of performance artist Tom Murrin (aka Alien Comic) presented at the gorgeous Abrons Arts Center in the Lower East Side.

The lineup for Sat night’s show was as follows:

Here are some images from Saturday evening’s show. 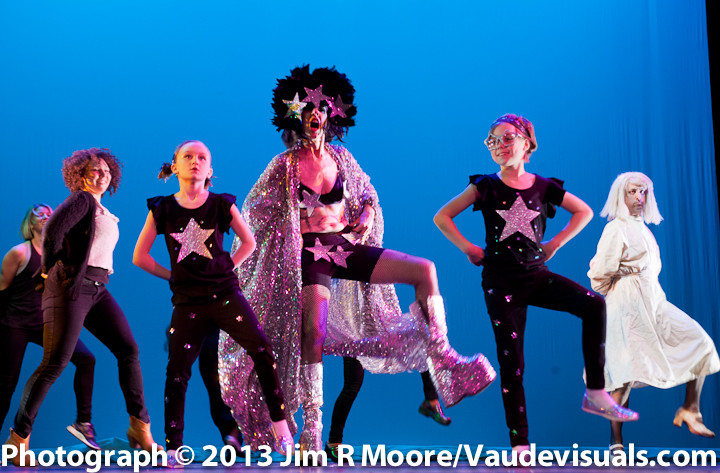 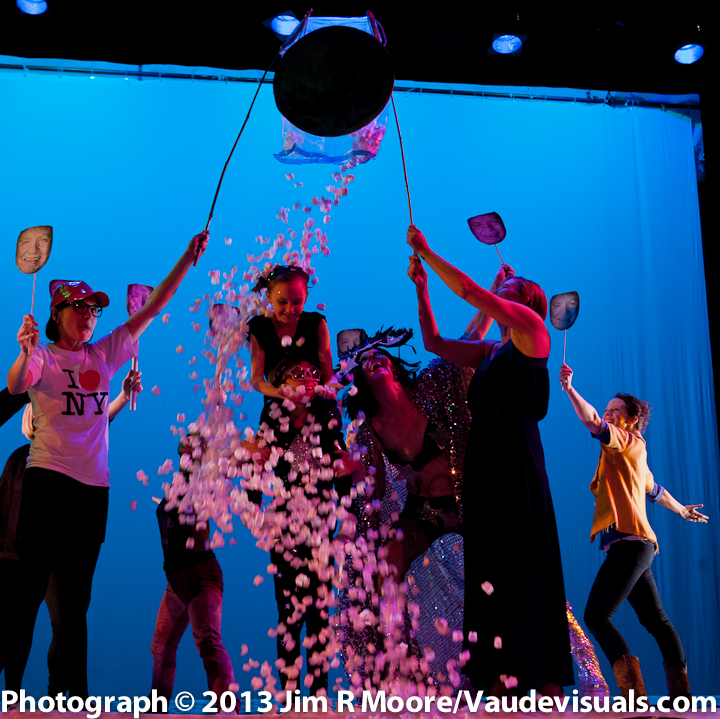 Celebrating the Full Moon of Tom Murrin with one of his routines performed on Sat. night. 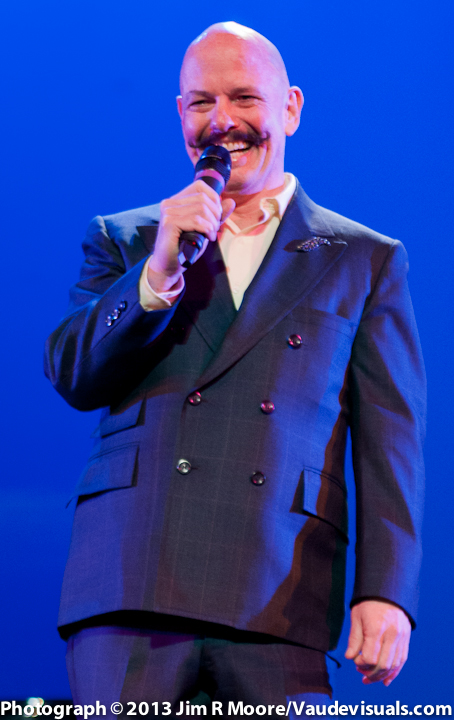 Chris Tanner performing a monolog followed by a song. 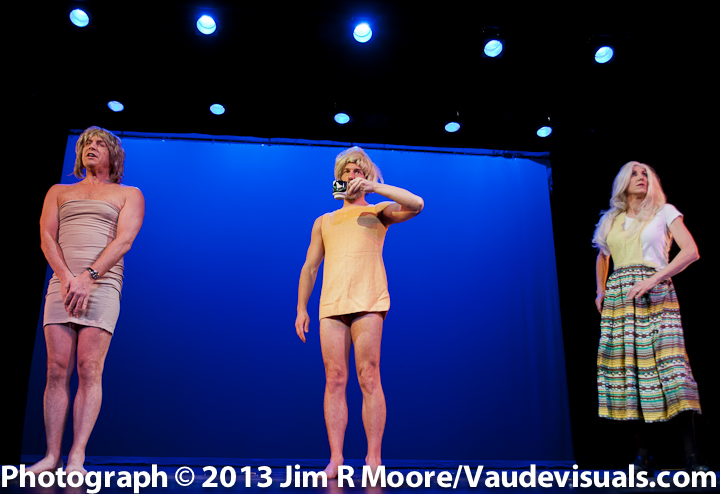 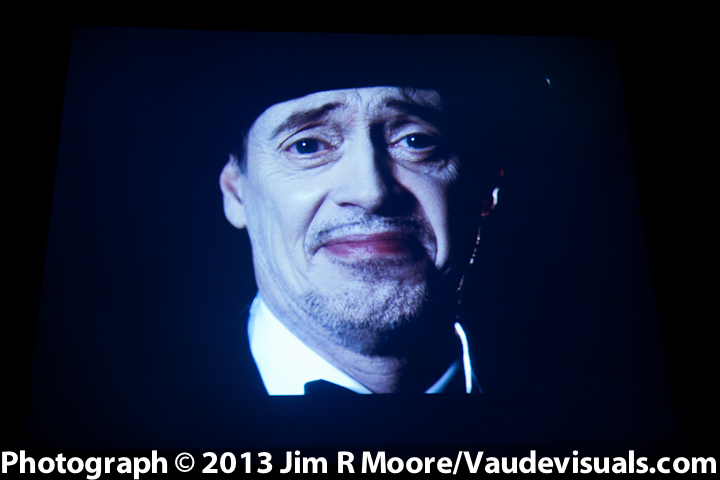 Steve Buscemi featured in Jo Andres film “When the Curtain Comes Down” based on a song by Diana Krall. 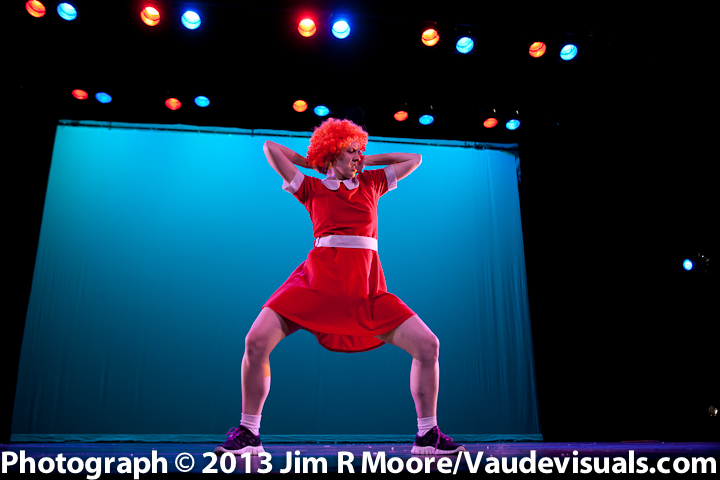 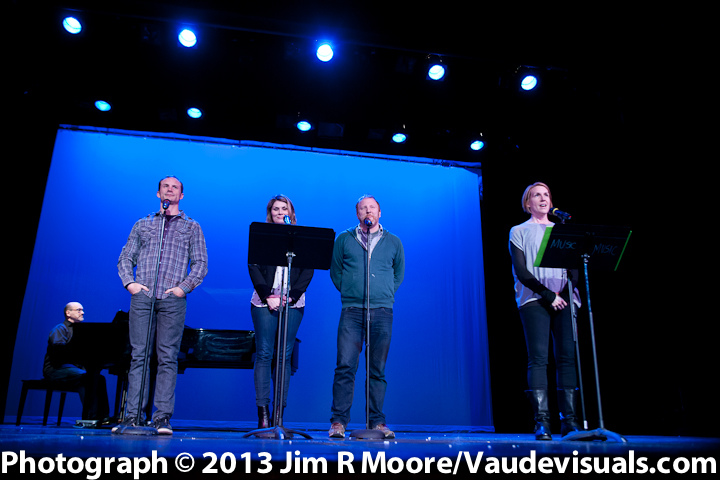 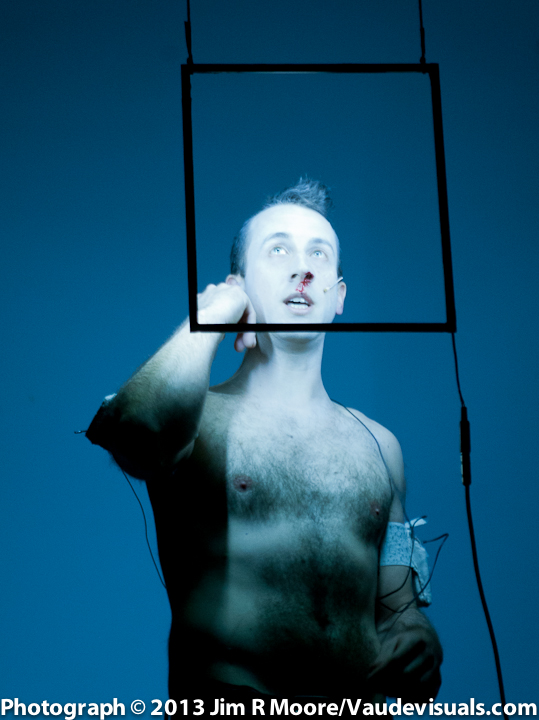 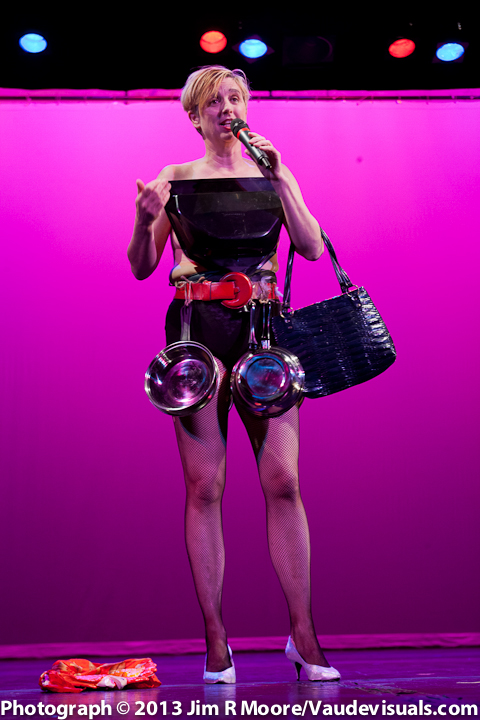 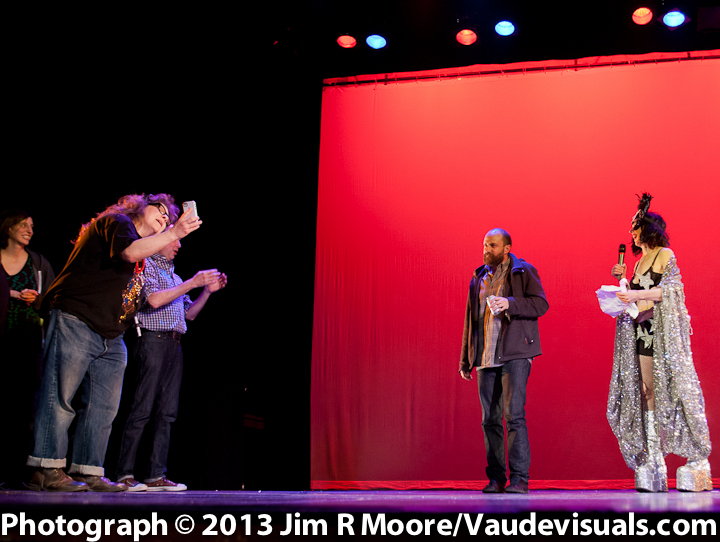 Production/Stage manager Lori E. Seid shows PS122 Director Vallejo Gartner that his time is up to finish his beer. 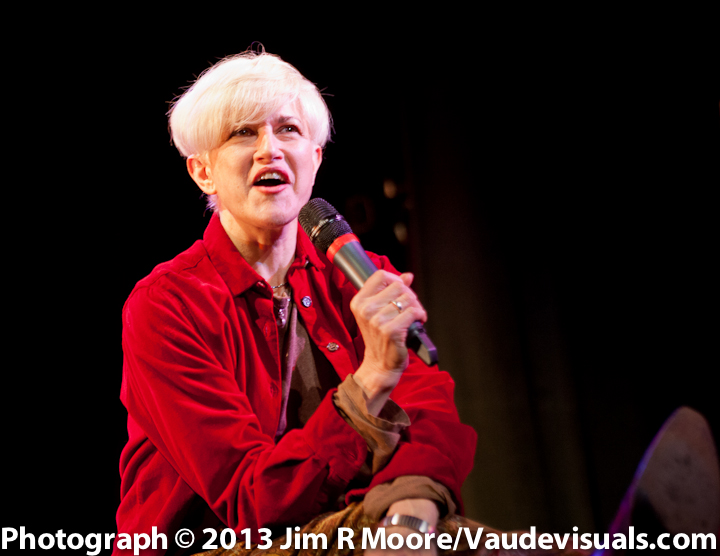 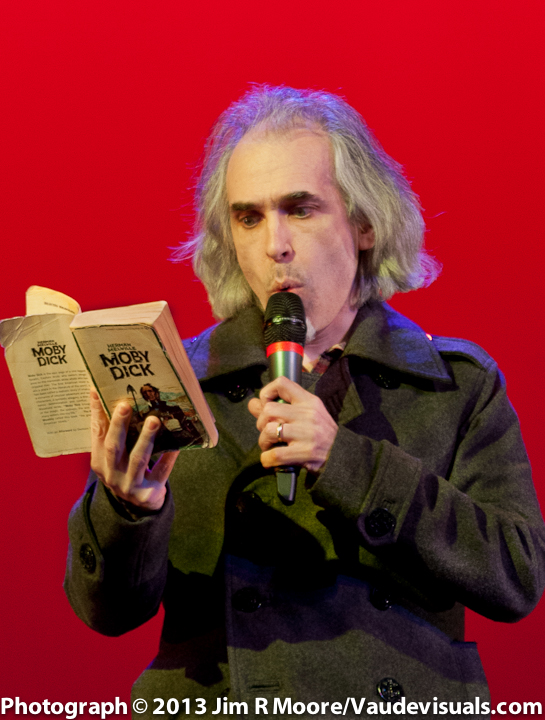 R. Sikoryak reads from Moby Dick for this ’40secondstreet’ piece. One one leg! 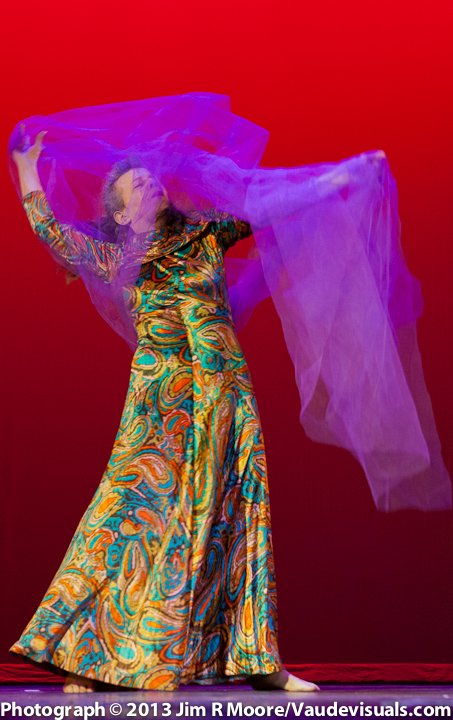 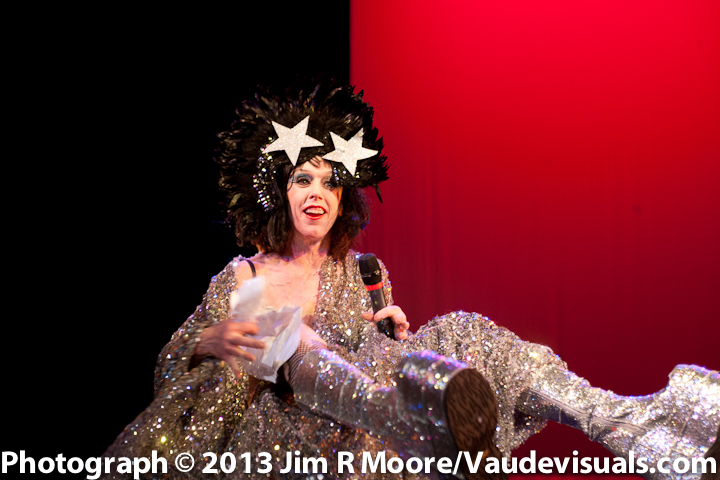 Salley May talks about the ’40secondstreet’ segment to the audience. 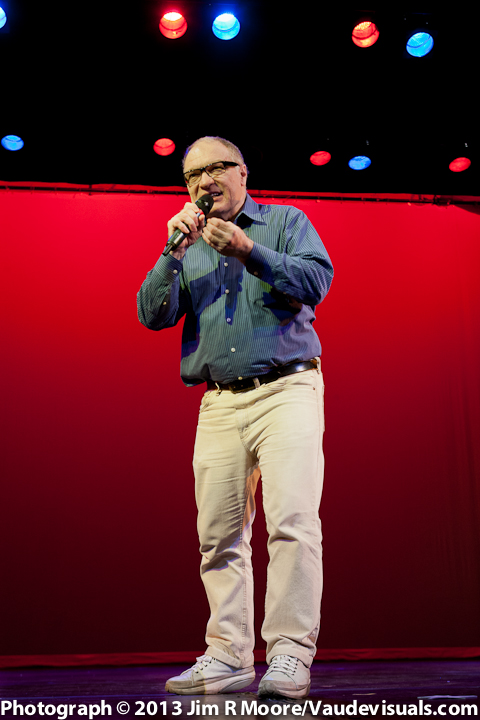 Gary Ray  performs in ’40secondstreet’ segment to get something ‘off his chest’ as he explained to me later! 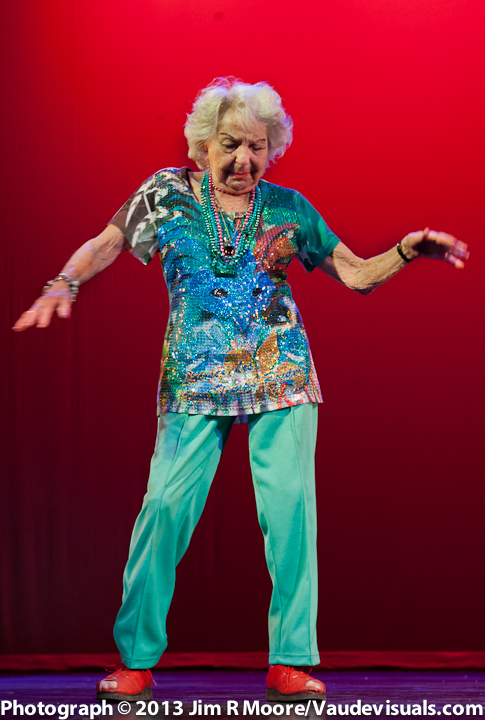 A regular at the ‘Avant-Garde-Arama’ for many years, Helen dances up a storm for the audience. (she is 90 yrs old) 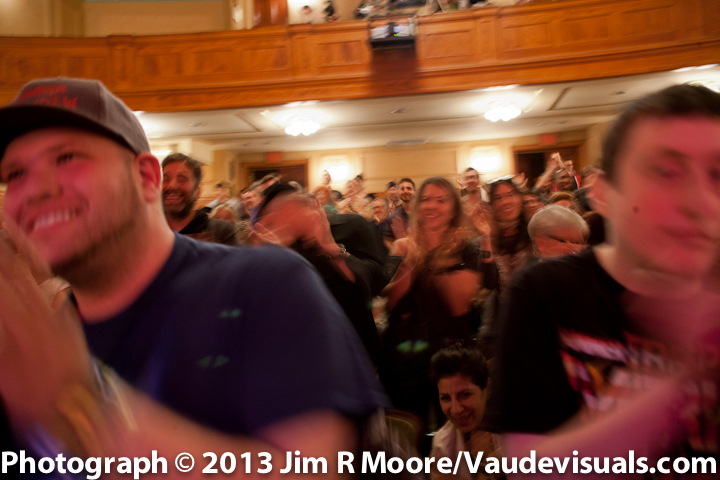 The audience went wild when Helen was dancing on stage. 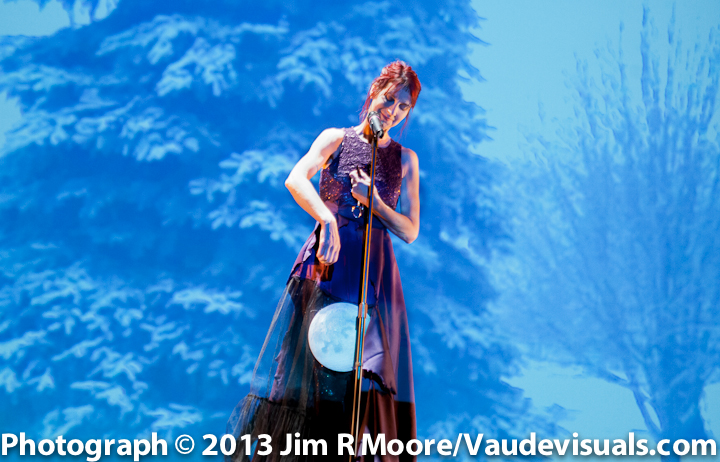 Mimi Goese performs a beautiful song and performance piece to music by Kevin Macleod and How How. 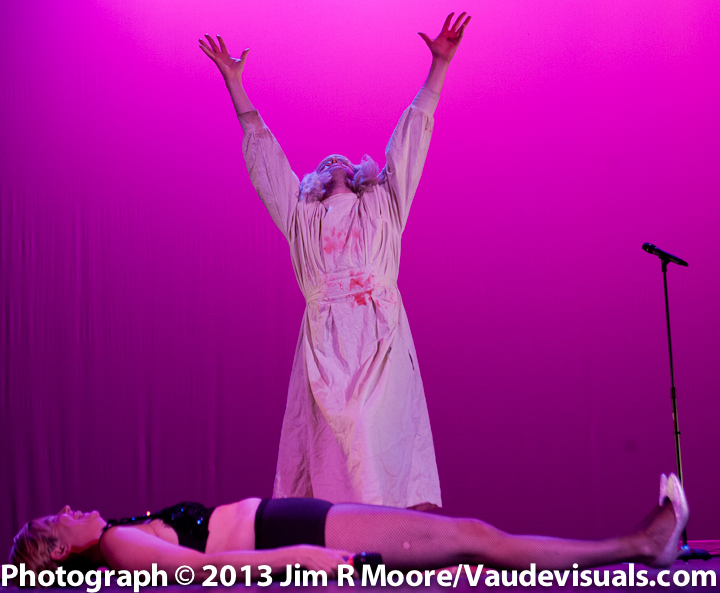 Nurse Baby Aspargus towering of the body of Lucy Sexton. (Cohosts of the show) 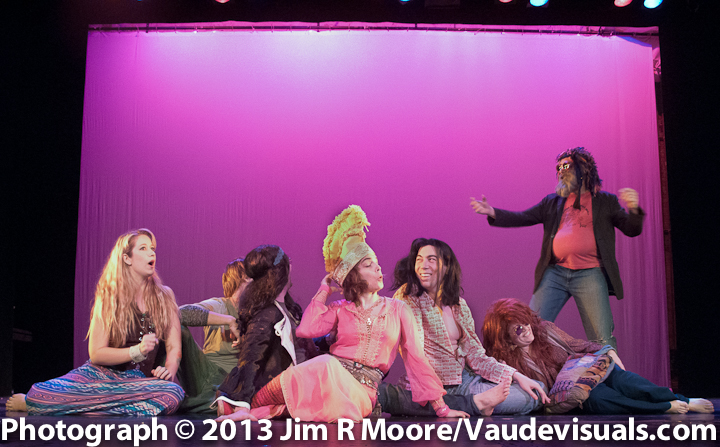 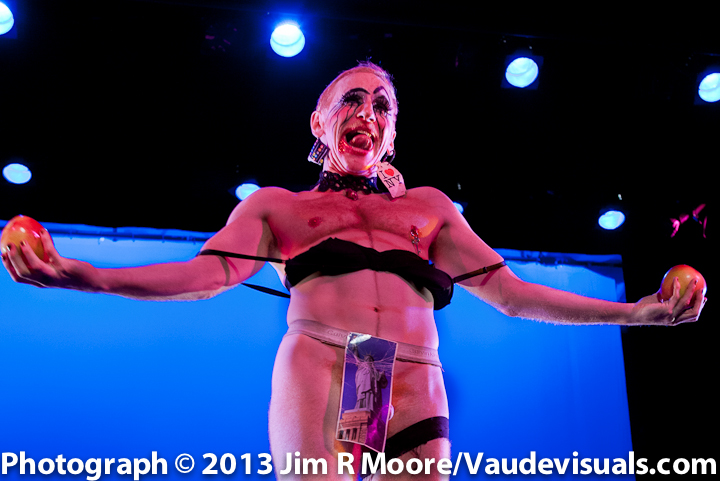