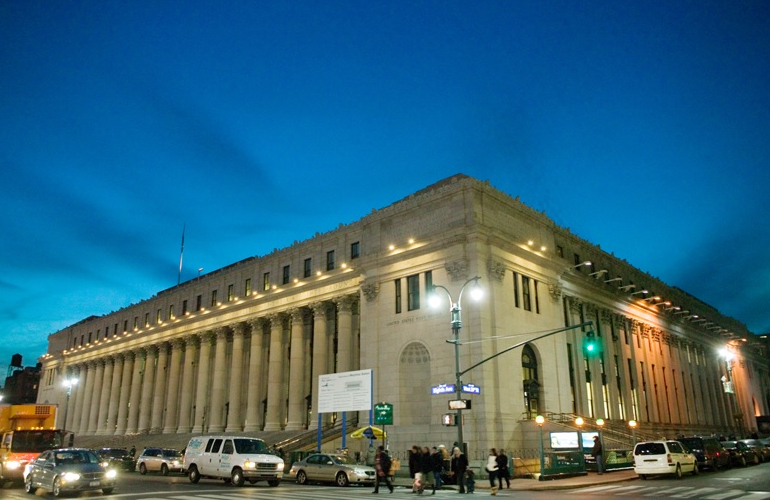 “What is the city but the people?” – William Shakespeare, Coriolanus

Walk into this massive structure to mail a letter, buy stamps or send a package. Pick up from your PO Box or get a passport application.

I walked in and went to the 3rd floor. Obviously I had never set  eyes on this space upper level floor.

It was a performance ready to begin titled MANNA-HATA, produced by The Peculiar Works Project.

The playwright Barry Rowell states his case like this!

“I wanted MANNA-HATA to offer a little taste of some of the more interesting stories I have found and to celebrate some of the less well-known (or in some cases unknown) people that have made contributions large and small to creating our home. Our goal was to make the production an experience rather than a story because I think that New York is an experience. You walk on the street and there is an amazing amount of sensory data coming at you from every direction, touching on all five of your senses simultaneously: first-time visitors often exclaim how overwhelming the City is. And yet most of us take it all for granted: it’s just home—and for those of us who grew up somewhere else, it’s the home we chose for ourselves.”

It was indeed ‘an experience’ like the one you encounter on the streets of NYC. But here you got a bit of New York’s history in the making during your walk. 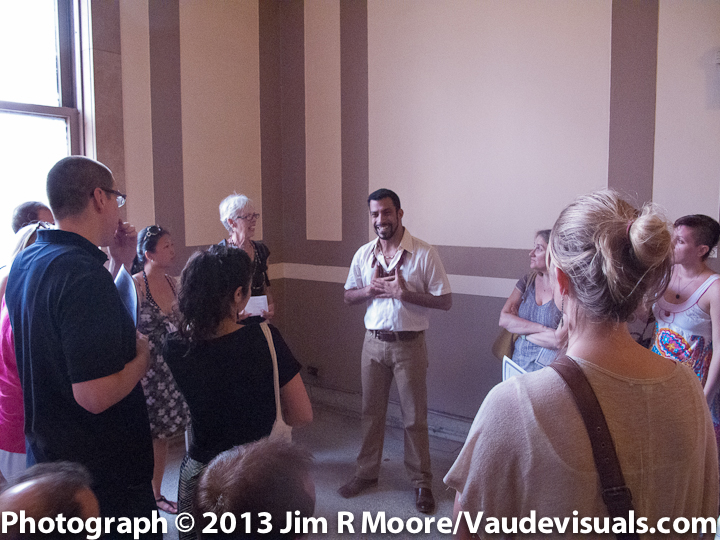 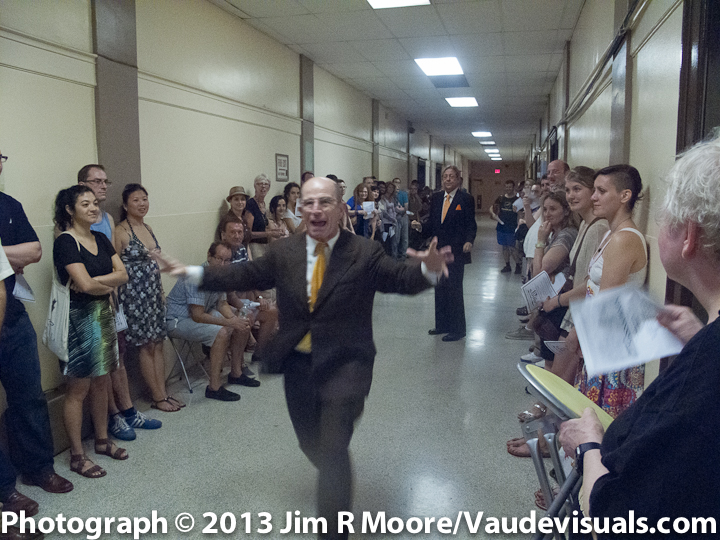 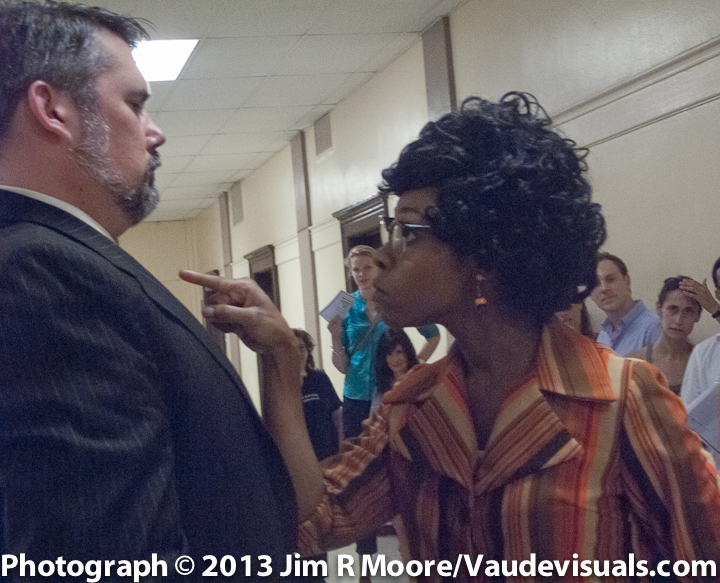 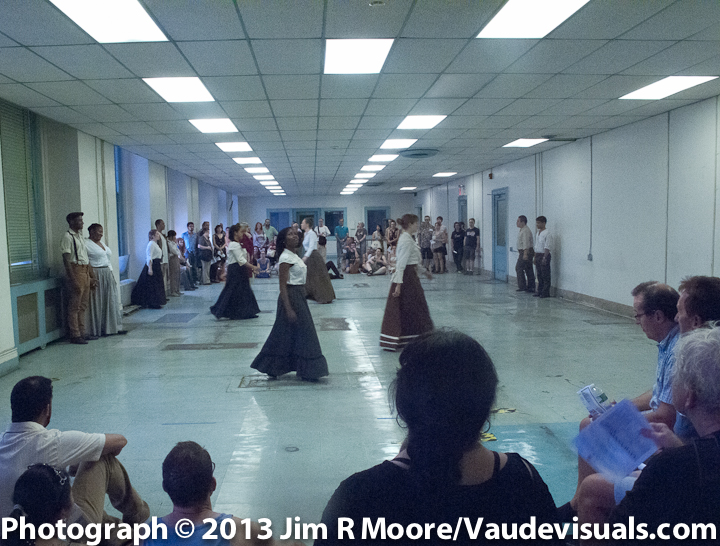 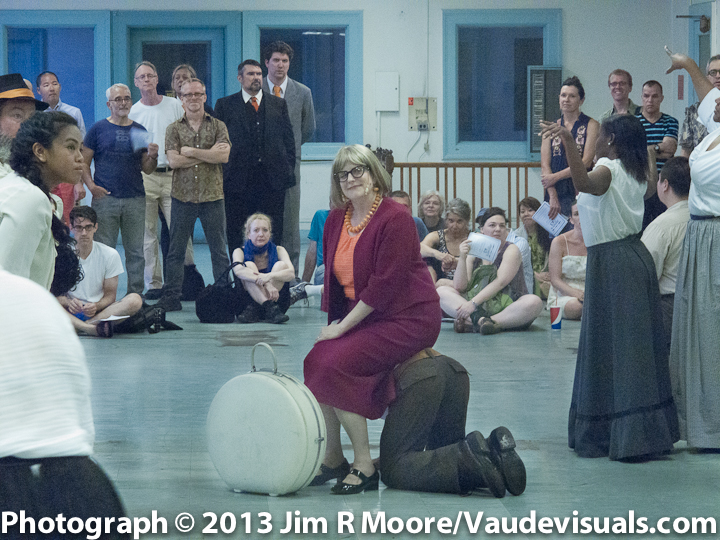 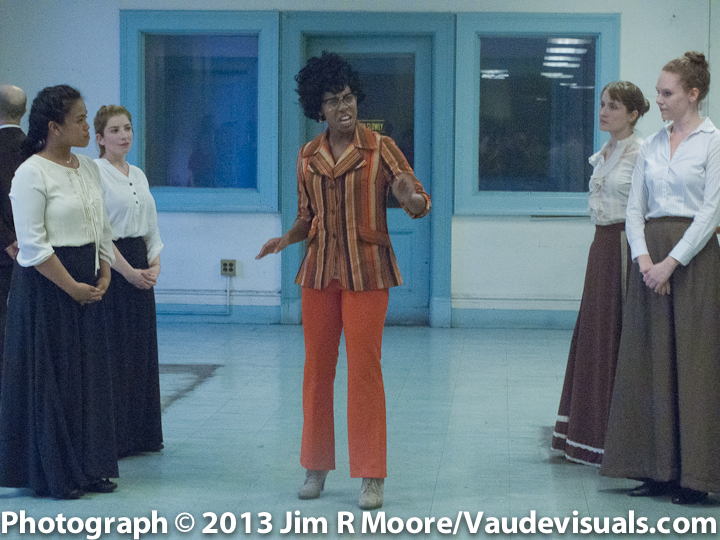 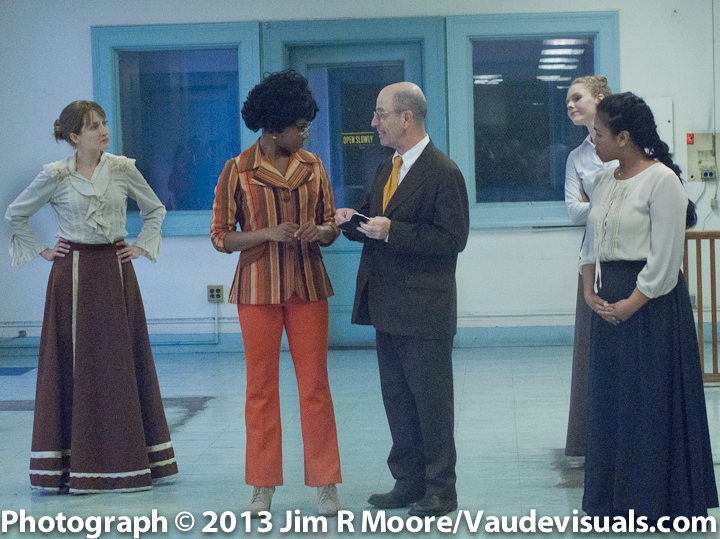 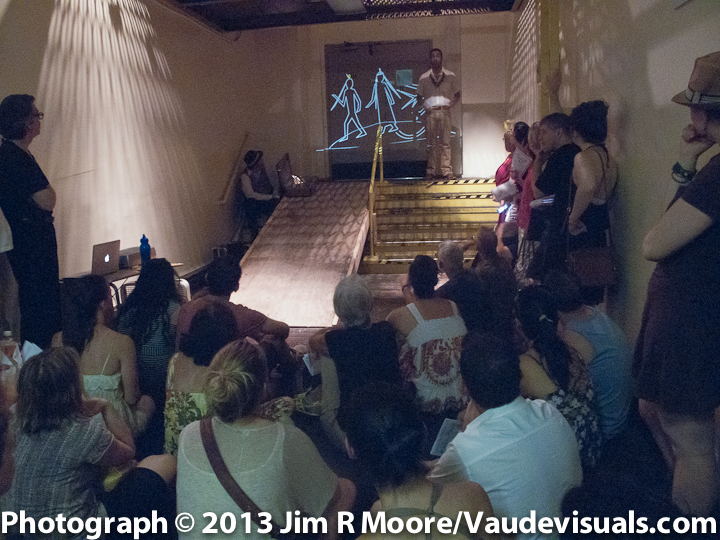 Oscar Castillo as Easanques with video projection by Myrel Chernick 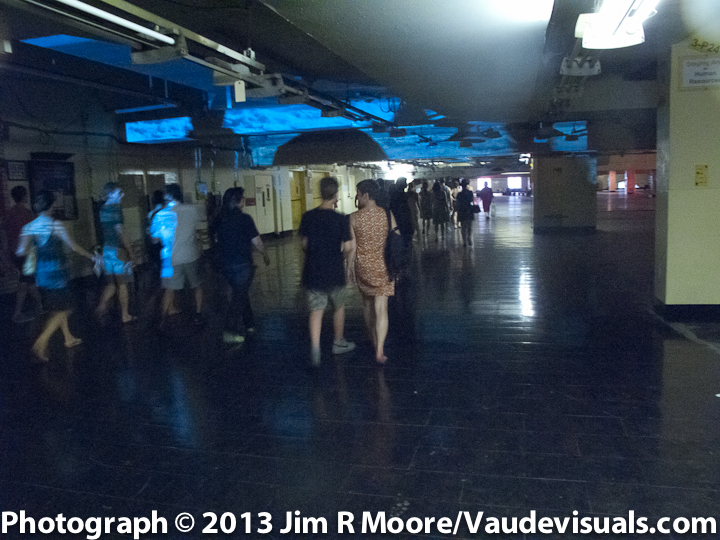 Audience entering the Big Room—Manna-Hata before the Europeans 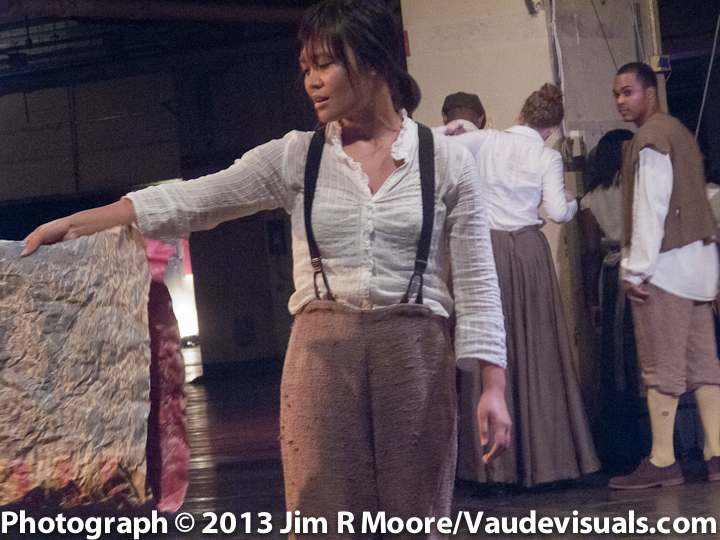 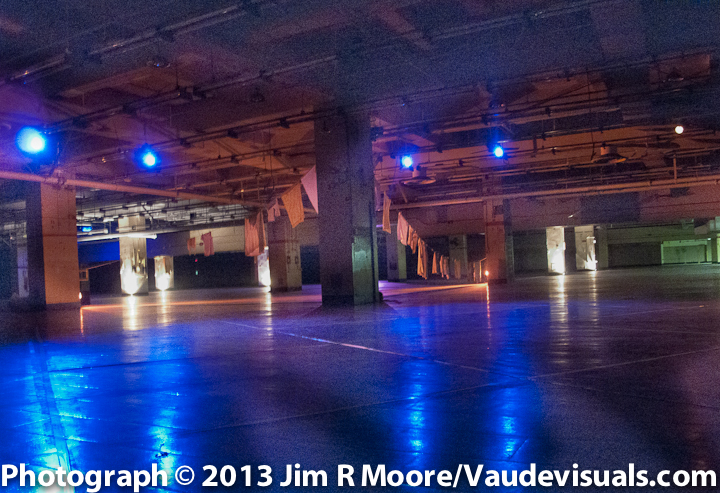 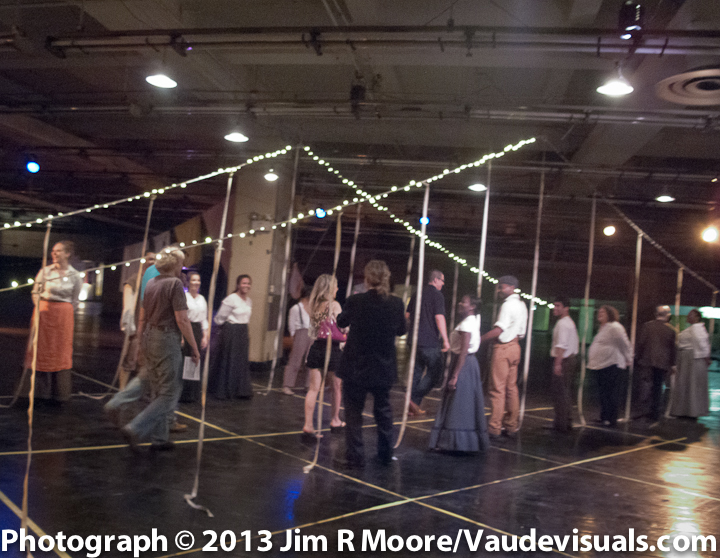 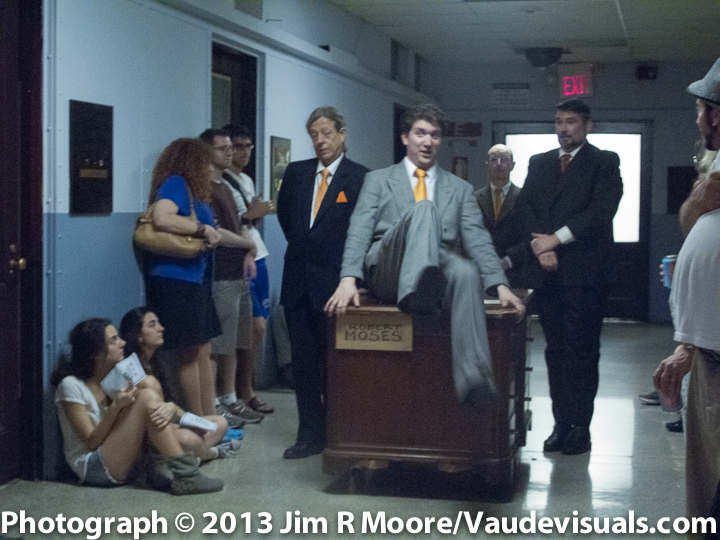 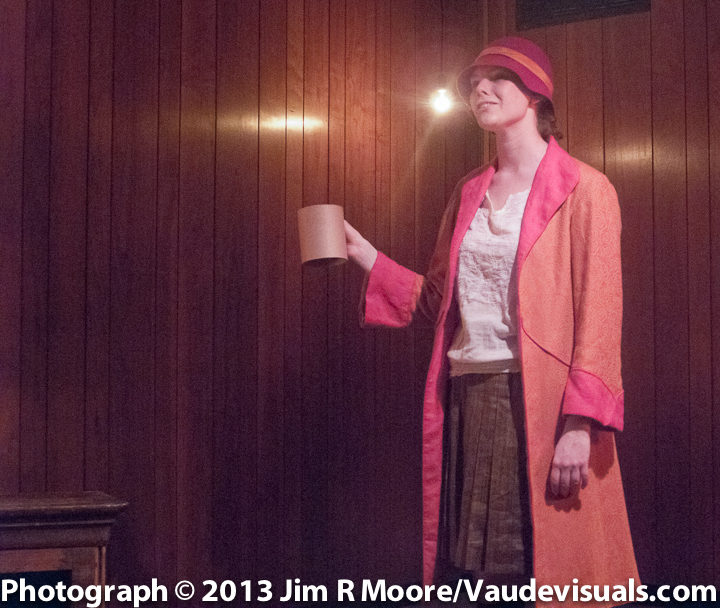 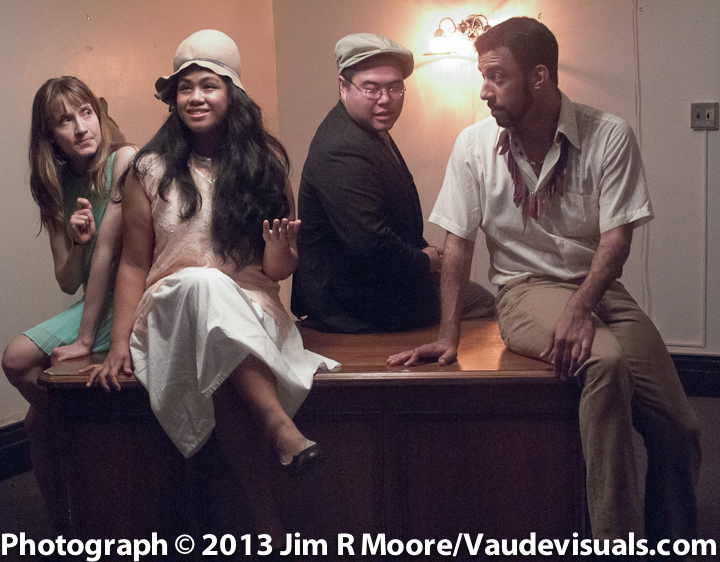 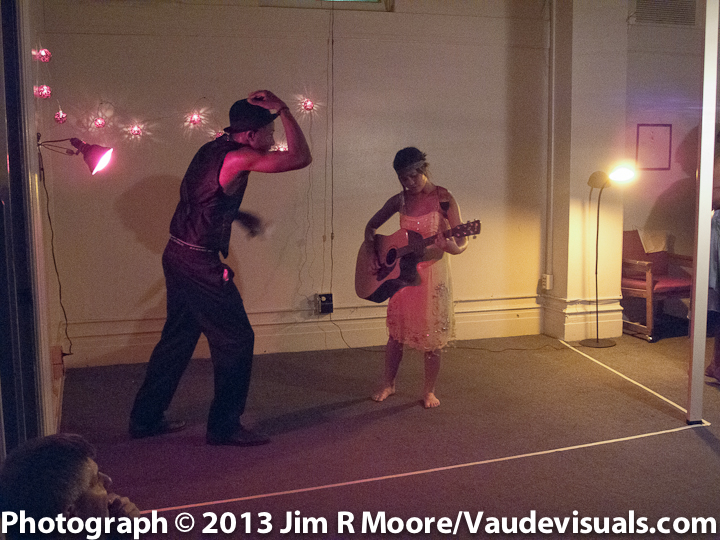 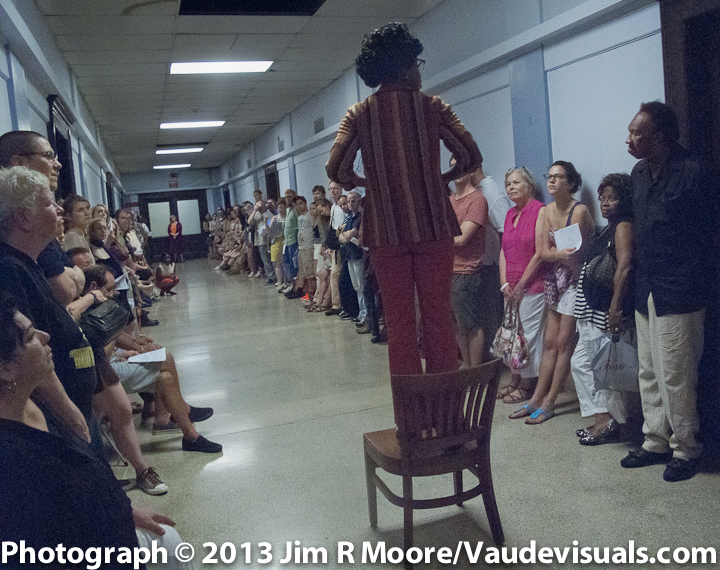 Cherrye J. Davis as Shirley Chisholm announcing her candidacy for the Democratic Presidential Nomination in 1972

It was an amazing ‘experience’ walking through the James A Farley Post Office and finding myself at so many different times in NY’s history.

I especially liked revisiting Chumleys when it was a speakeasy and being part of the crowd that got ‘raided’ during the  poetry reading by Edna St. Vincent Millay.

Great fun! I hope Peculiar Works is developing another such delightful theatrical experience.

For information on this or other Peculiar Works Projects go here!