Photographing the ingenious comedy (which is the creation of Joel Jeske and Mike Dobson) of ROOM 17B was so much fun. A series of surreal, comedic, absurd vignettes. I had a chance to ask the Director Mark Lonergan about his inspiration for creating the show and  the process.

“The inspiration for ROOM 17B goes back to a show we did at 59E59 Theaters in 2007 called CUT TO THE CHASE.  One of the reviews for the show challenged us to take some daring leaps and explore new avenues with our work.  With that gauntlet thrown down, we began discussing how to inject contemporary material into a vaudevillian format – purposely pushing ourselves out of our comfort zone.” 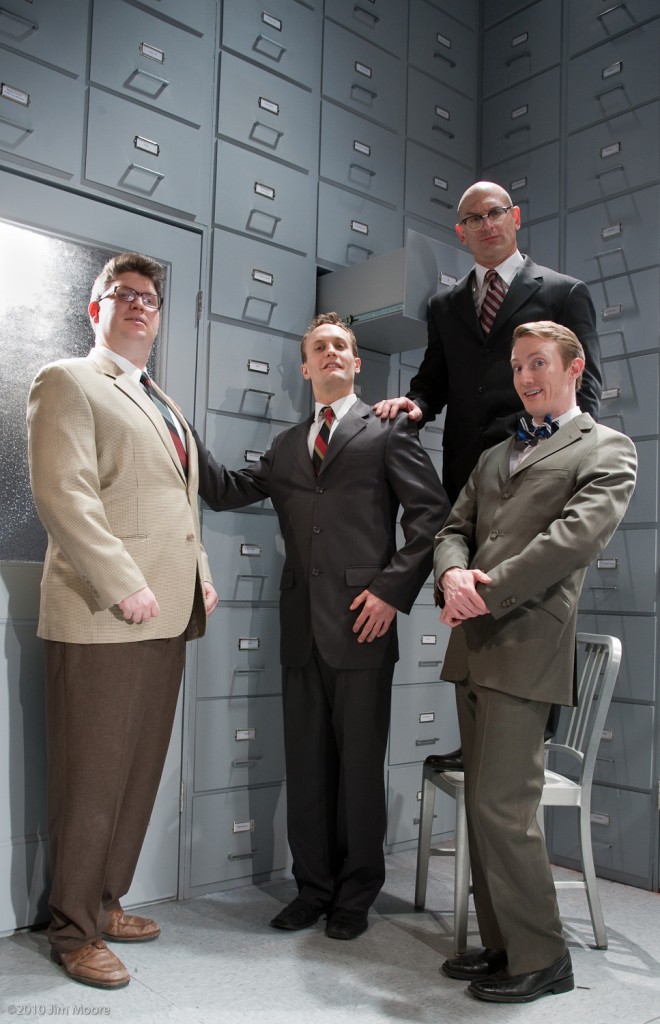 “Mike Dobson and Joel Jeske, the authors of the show, began developing some ideas that we explored over a weekend at the Kraine Theater in 2009.  At the heart of these ideas was a group of businessmen putting on a bizarre and interactive presentation.  As we continued to work on the material, our set and lighting designer Maruti Evans ran with the business presentation idea and came up with the perfect setting for the show – a surreal office of floor-to-ceiling filing cabinets.” 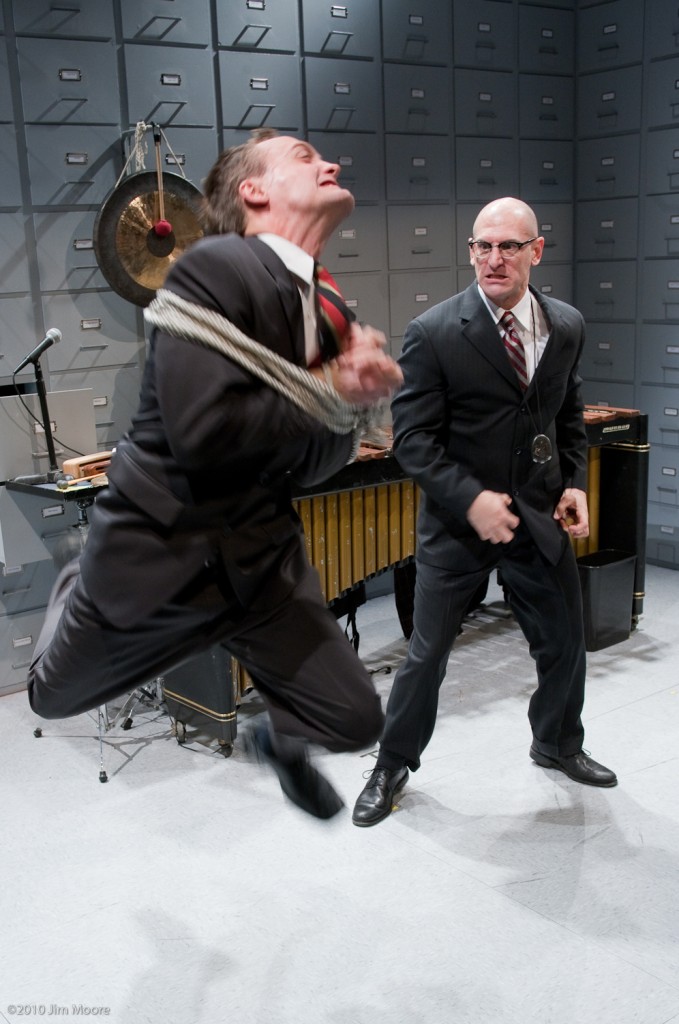 “With Maruti’s design in place, the concept evolved into what we have today – a long-forgotten room in a huge office building in which all the props and costumes appear from the file drawers.  The result is a cross between Buster Keaton, Monty Python, and Tim & Eric – surreal, funny, physical, and modern – and hopefully, a great night of theatre.” 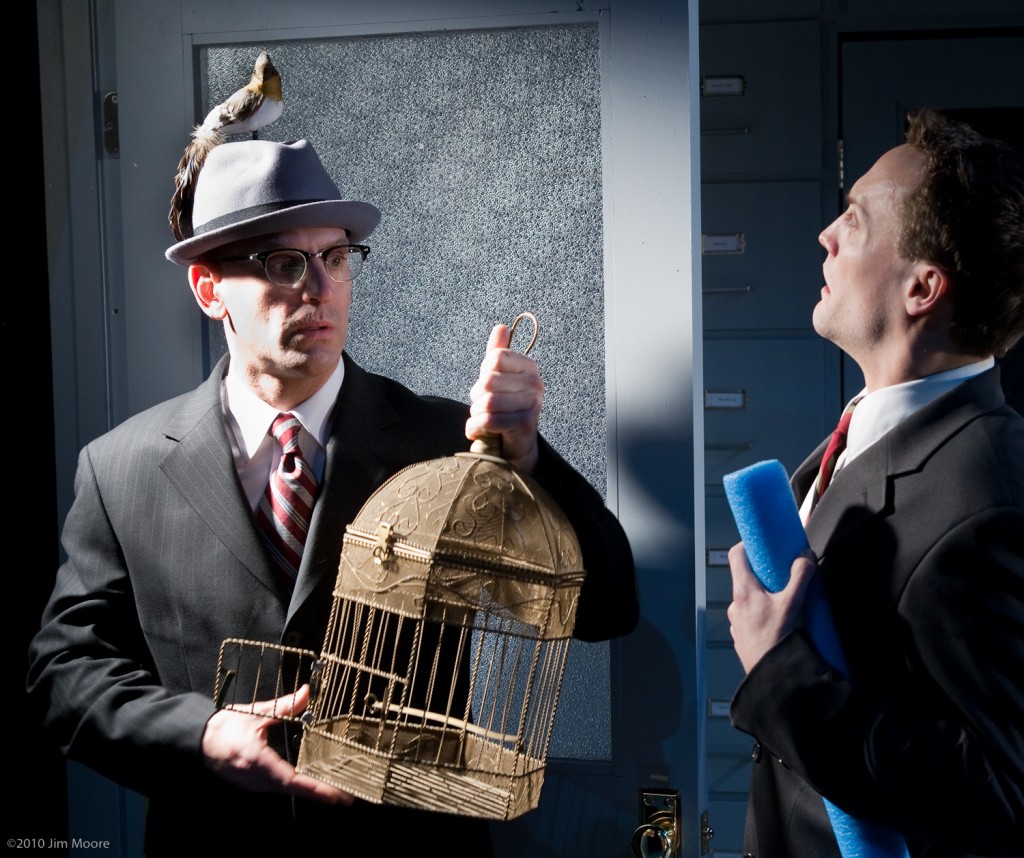 Joel Jeske and Danny Gardner in a surreal office moment. 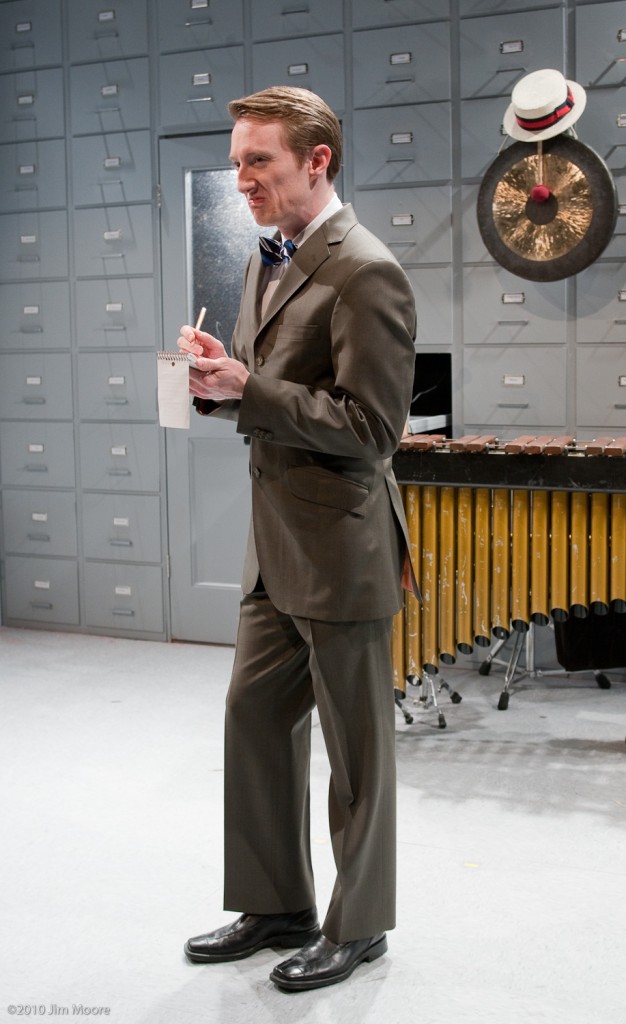 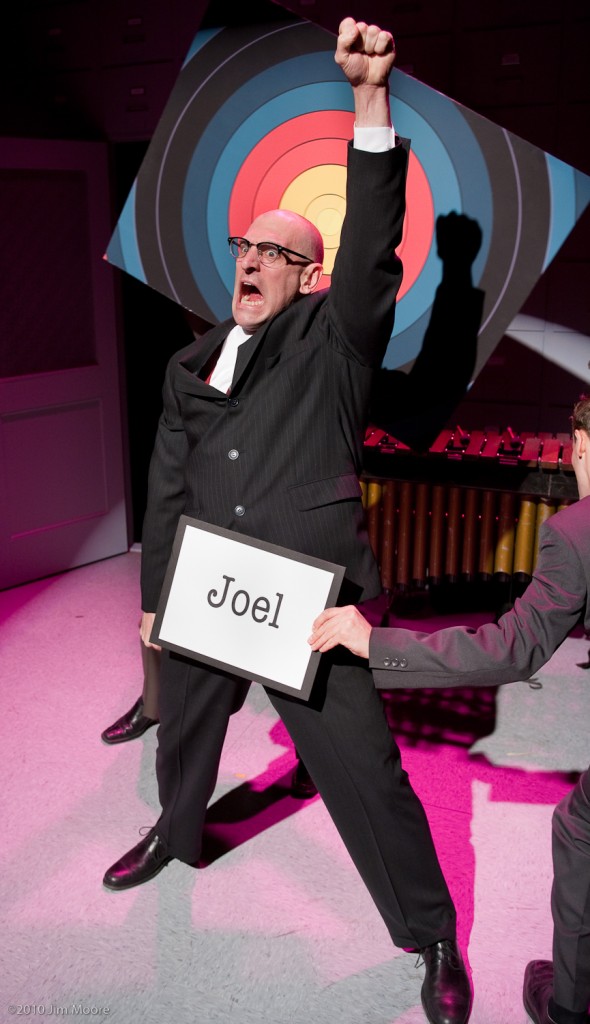 Joel Jeske in absurdly wild pose while being introduced.

I recommend this show to anyone who wants to laugh and  be entertained by 4 wonderfully hysterical performers.

Set and Lighting by Maruti Evans

Get more information and tickets here.