The press release for this show reads as follows:

WATER FOR CLOWNS is the yet untold story of a troupe of traveling clowns during the depression who endure the harsh reality of show business when a drought prohibits the use of water in their routines. Our story follows a young meteorologist who is just about to graduate from MIT when he learns his dog Biscuit has been hit by a car driven by the parents of a guy who was about to graduate from veterinarian school.

The story of the veterinarian was told in Water For Elephants. Our meteorologist, Dusty Hinkle, gets his turn in the spotlight when he jumps on a train that leads him to the Martini Brothers Circus.

Combining the skills and spills of eight professional loonies, WATER FOR CLOWNS guarantees a night of surprises and visual delights performed by some of America’s greatest clowns. Perfect for all ages, this group of professional clowns and clown teachers gather at the end of the NY Goofs Ultimate Clown School and put together a riotous night of pure insanity and laughter.

Led by Dick Monday, the Goofs received the 2009 Golden Nose Award for Best Clowns, and have appeared worldwide in festivals, theaters and circuses, including Lincoln Center and Carnegie Hall.

The show on OPENING NIGHT was hysterically funny, touching and full of heart felt moments. 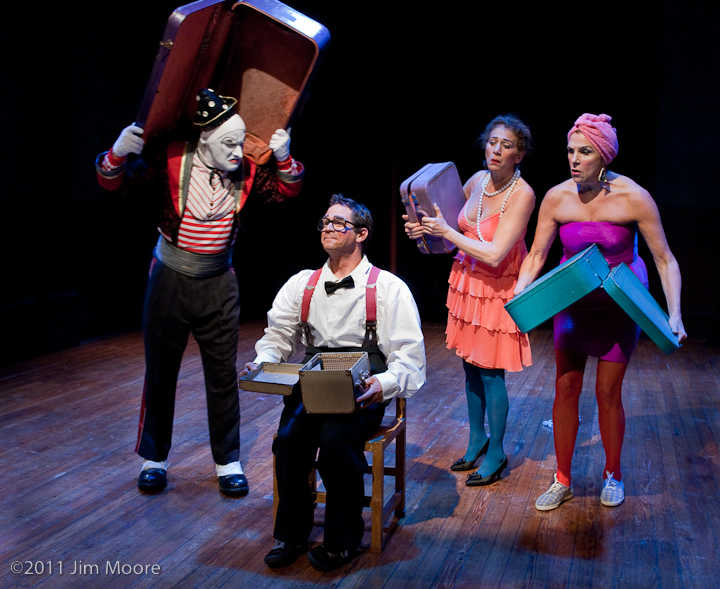 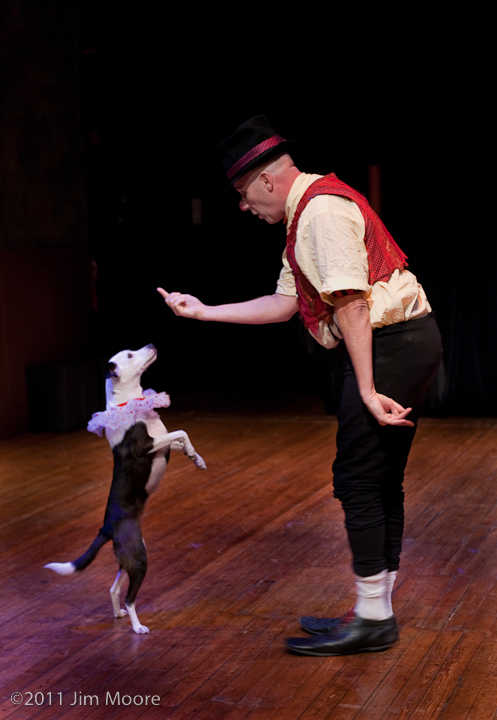 Tom Dougherty and his dog Lucy. 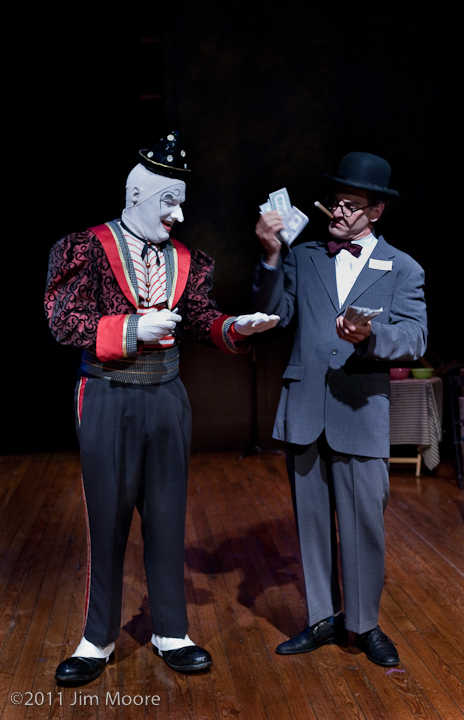 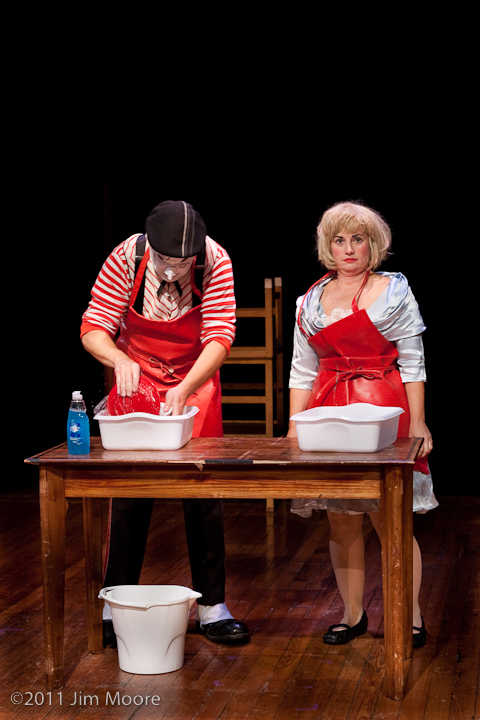 Jay Stewart and Tiffany Riley wash the dishes together. 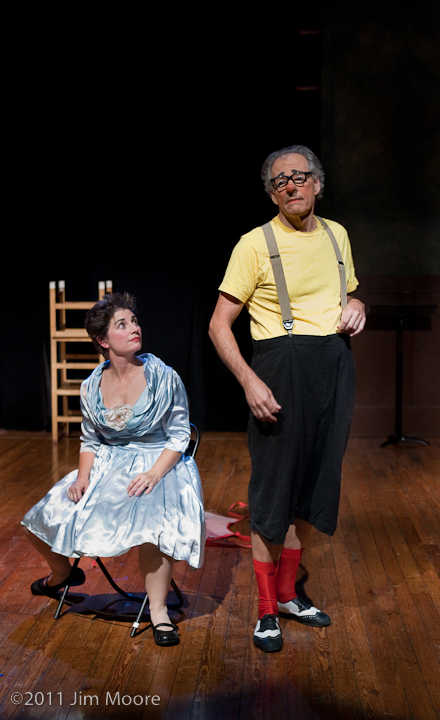 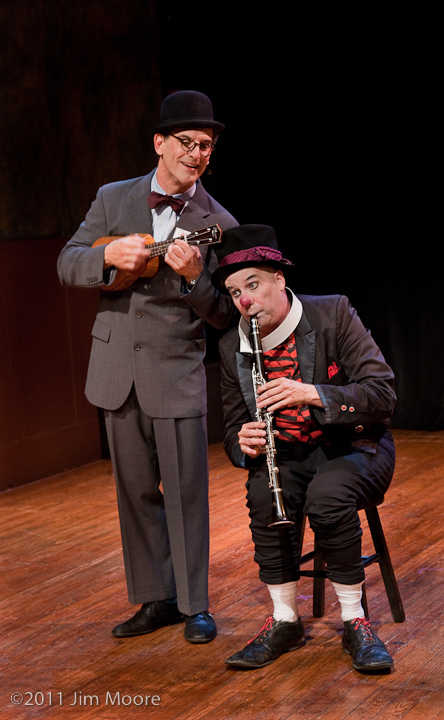 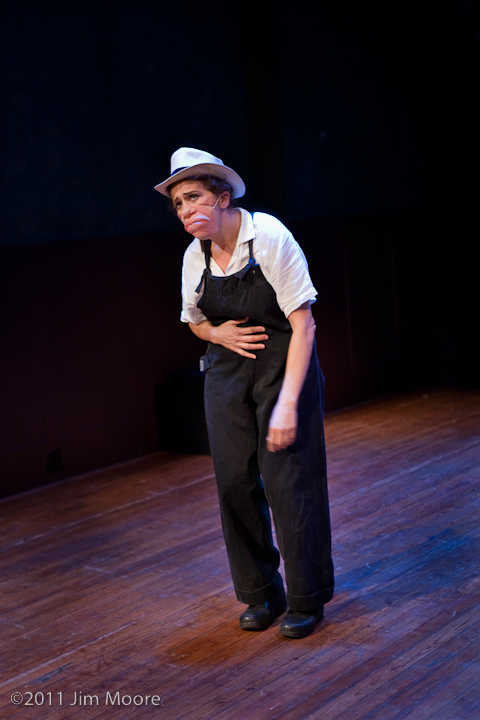 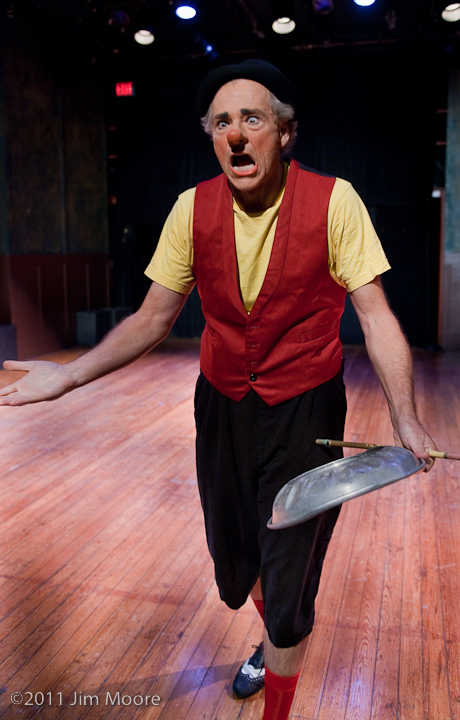 Dick Monday a little ticked off at the failure of his juggling trick. 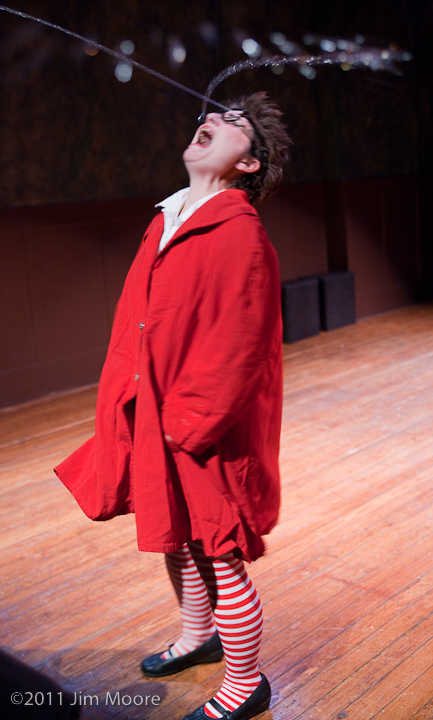 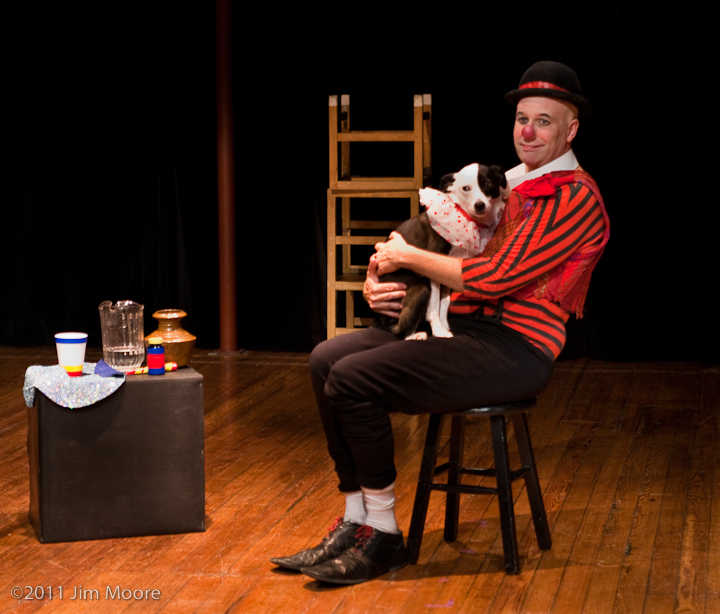 Tom Dougherty and his companion Lucy on stage relaxing. 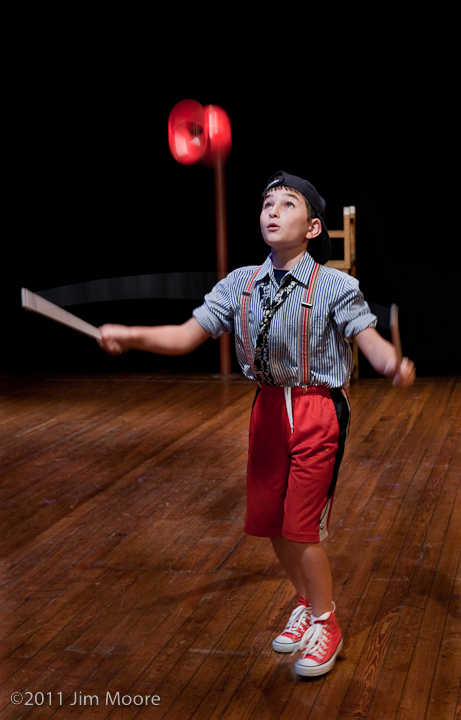 Chet Monday showing off his technical skills with charm. 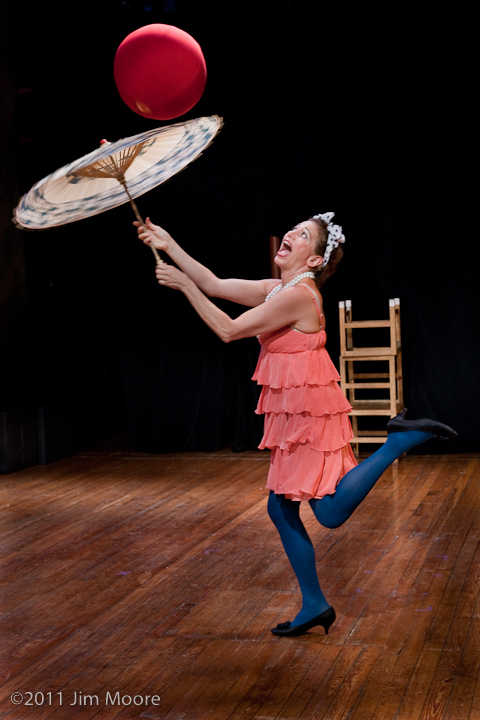 Hilary Chaplain helps close out the show with some juggling skills. 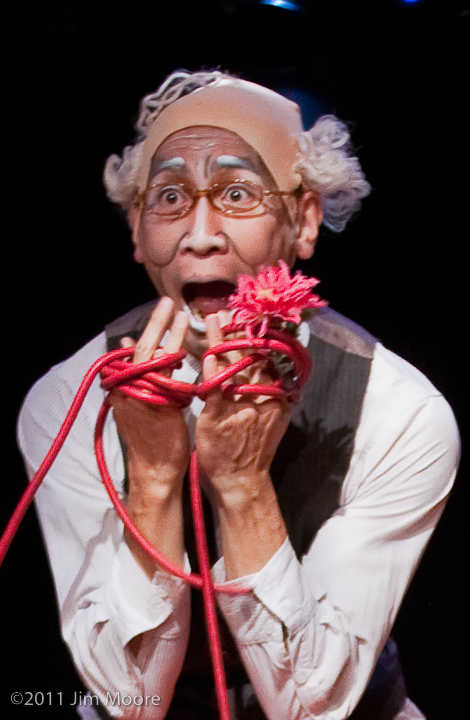 Rob Lok preparing for the jump rope routine on stilts! He is crazy. 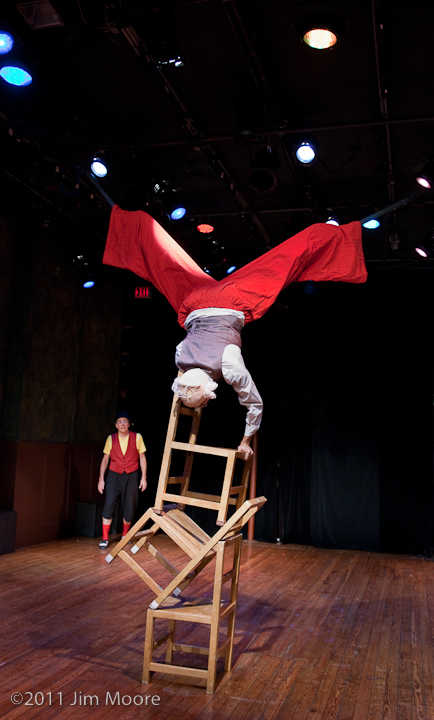 After jumping rope on stilts he proceeds to do a handstand on top of 3 chairs on stilts. 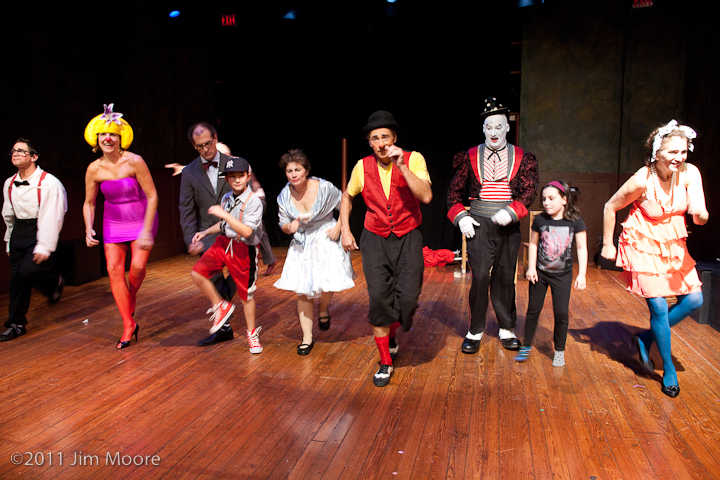 The cast all together ends the show on a high note of dancing and music. (Not visible is Tom Dougherty and Rob Lok)

Here is a video excerpt from the show.