Mark Lonergan knows how to put together a good ‘variety show‘. He has  produced quite a few MOVE IT shows in the past plus his usual calendar of shows gives him a good ‘edge’ over the competition.

This MOVE IT show included some amazingly talented physical/variety performers.

Starting the show off was a delightful “Oddotorium Puppet Freak Show”. Performed by J. E. Cross.

A pupppet  ‘Coney Island’ type side show with the barker and the ‘main attraction.

A very innovative puppet theatre company garnered with much attention which it surely deserves!

The next act to perform was juggler/dancer Jen Slaw.

Combing the best movement with the grace of a beautiful juggler she made her work look effortless and charming.

Her act was simple, stunning, lyrical and and she is very talented. 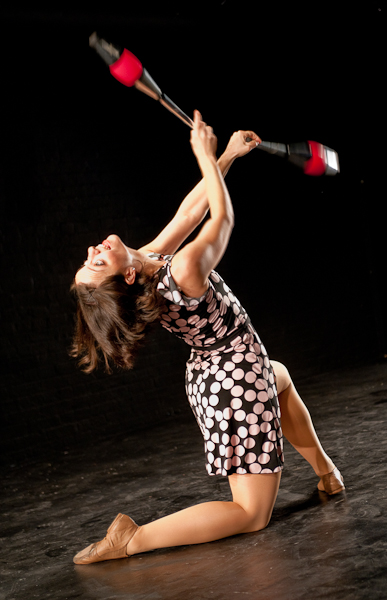 One of producer Mark Lonergan’s favorite performers and  collaborator on some of Parallel Exit’s best shows is a charmingly gifted funny man Joel Jeske.

His stage presence is hysterical and he played the audience well with his JOEL JESKE TRIO. 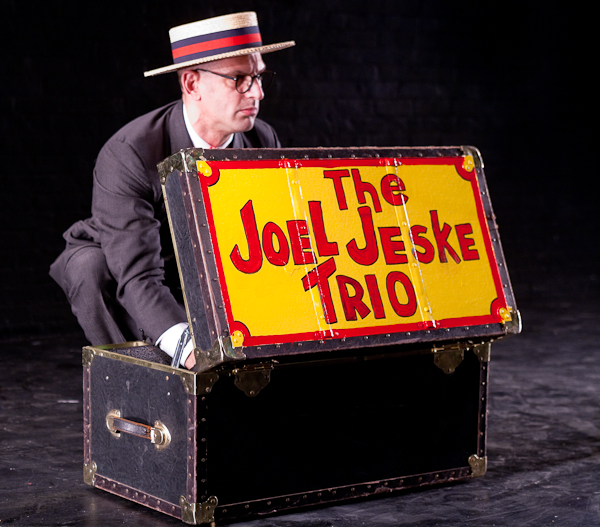 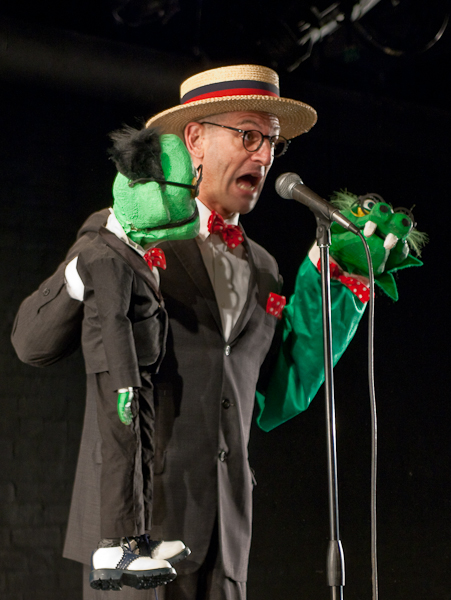 Book Kennison is one of my favorite unique comedic juggling acts.

He is a young man wit lots of talent and abilities. 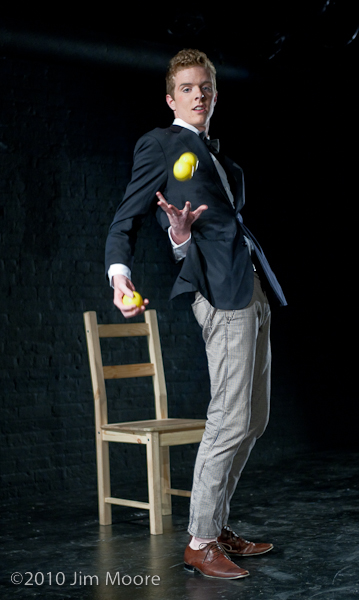 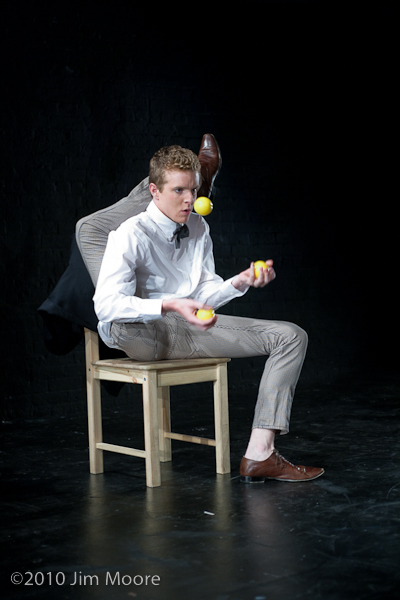 Keep your eyes out for ‘Book Kennison‘. He is a rising star in the variety scene. 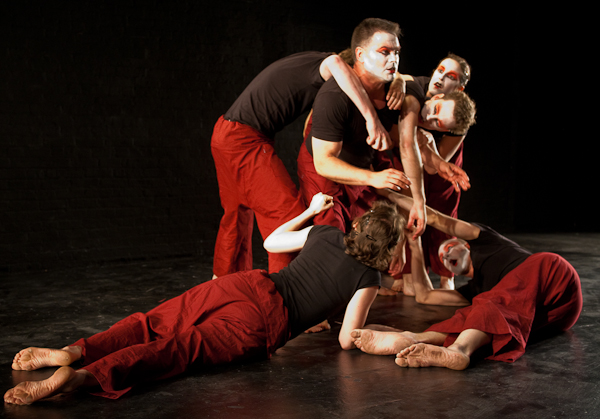 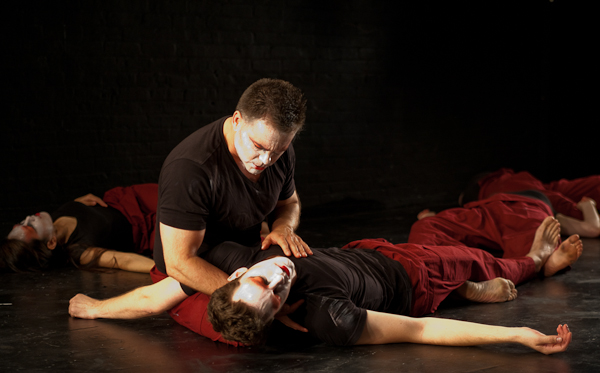 The six member company made use of corporeal talent and  unique physical discipline to interpret the essence of the film on stage without hardly any words and no scenery.

A great actor uses these skills before adding the voice.

I was very moved with the creative work that went into this piece.

The piece was set in the future and included plenty of verbal banter and visual gags. 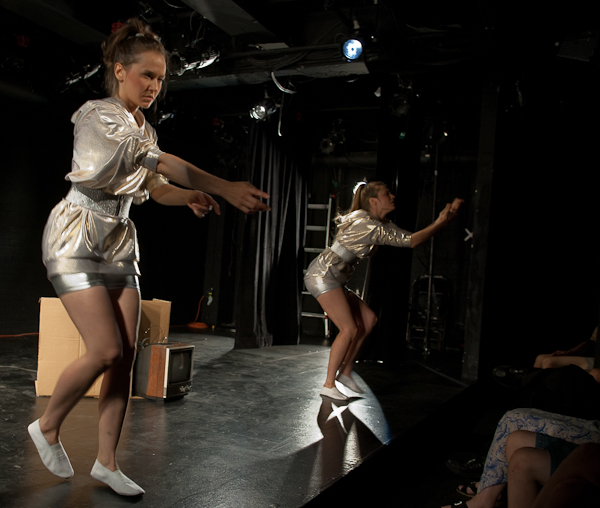 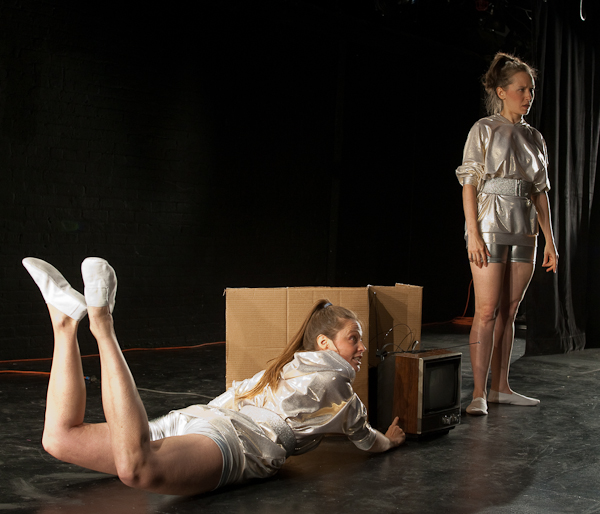 The comedy duet James and JF consist of  Emily James and Ishah Janssen-Faith.

Inventive, wild, sexy and off the wall funny!

The Final performer for the evening was one of my favorite clowns. Chris Allison performing his wacky “CONEY ISLAND CHRIS“. 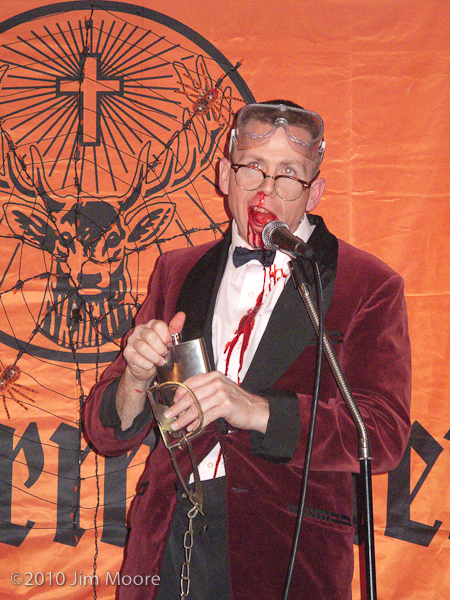 This act is so curious. He proclaims to have learned how to perform  ‘sideshow’ feats in an online class.

What happens to him in front of the audience as he attempts to show off his new found skills can only be described as ‘hysterical’.

He was one of the finalist on “AMERICA’S GOT TALENT” and just returned from Germany where he performed in a revue of ‘Newcomers’ with all international artists.

The evening would not be complete without a chat with the audience by Mark Lonergan. 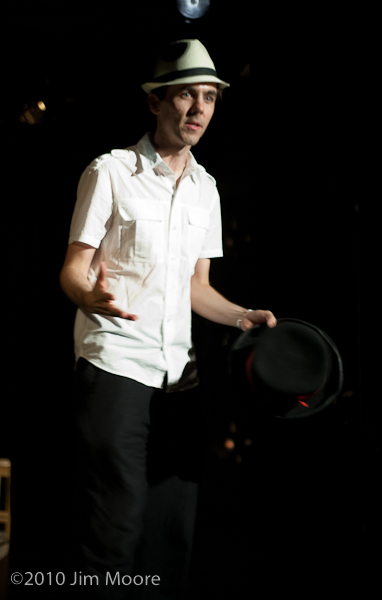 He knows how to make it happen. It is up to you…the audience to support it!

Watch out for the next MOVE IT show. They are SOLD OUT fast!

(This is not a complete description of the show. Many of the performers did another turn.

I covered the parts I had room for!)

Isn't this the truth!