Monday Night Magic is an interactive, jaw-dropping evening of illusion.

I hadn’t visited this series since it was uptown on the west side. The acts are all professional magicians!

Here are a few photographs I took that night of the acts. 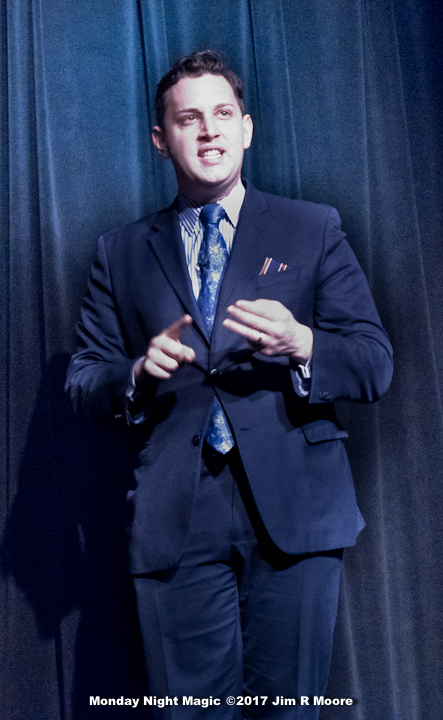 Great comedic patter and good magic for the MC. 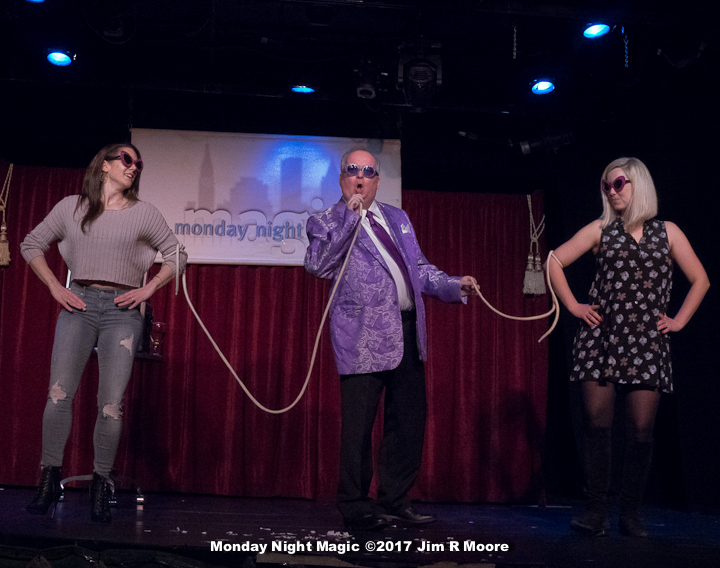 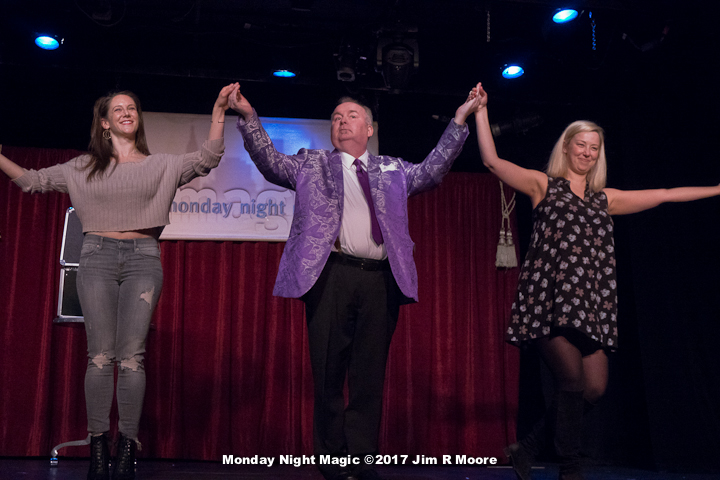 David Oliver had a charm with the audience volunteers. His trick was a comedic version of the rope being and cut and restored. 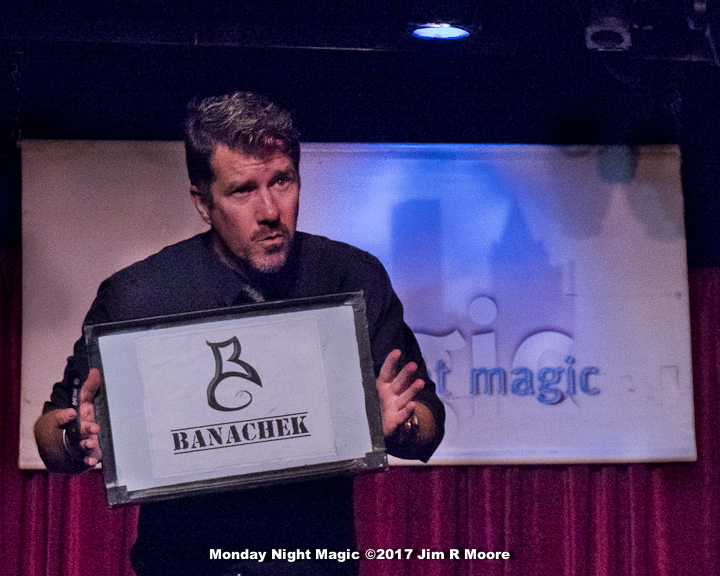 Banachek did an amazing series of mentalist tricks including one that involved the audience and knives! 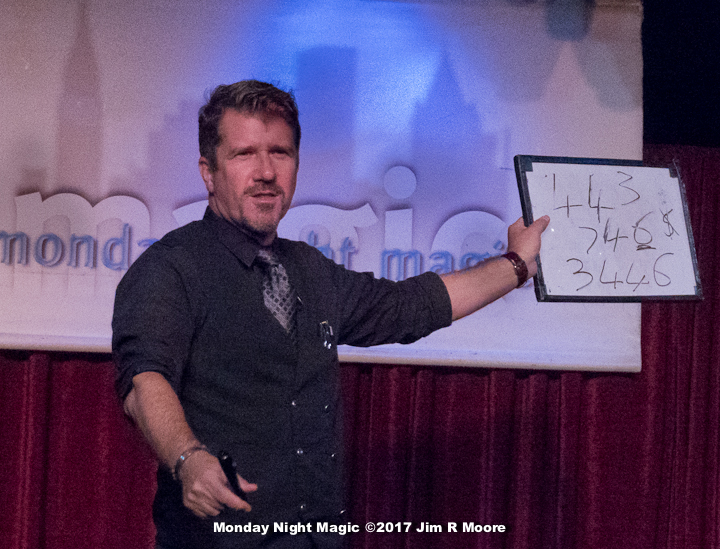 Banachek ability to read people’s minds and they numbers they choose was a miracle. 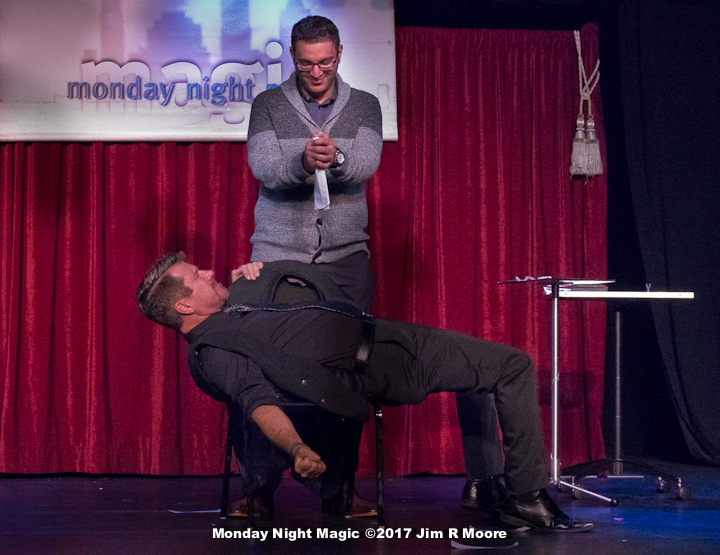 An audience volunteer takes a knife wrapped in an envelope and not knowing if the knife is in the envelope attempts to find out! 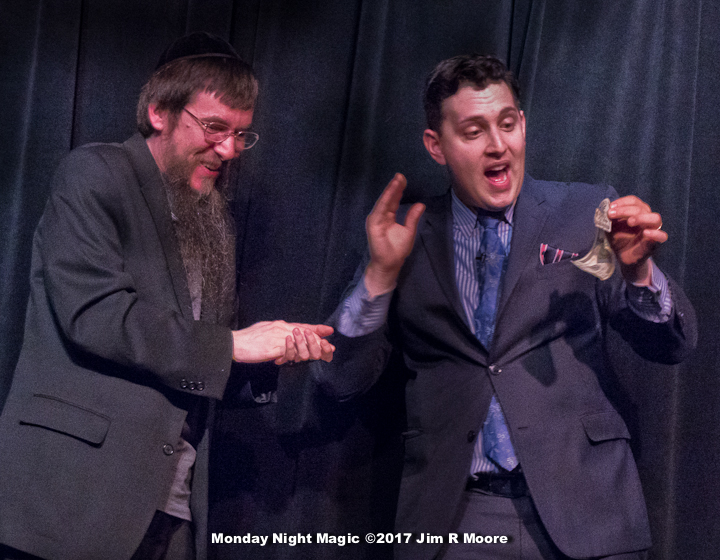 MC Ben Nemzer returns to the stage just before intermission and finds a torn $20 in a banana that the audience volunteer had selected! 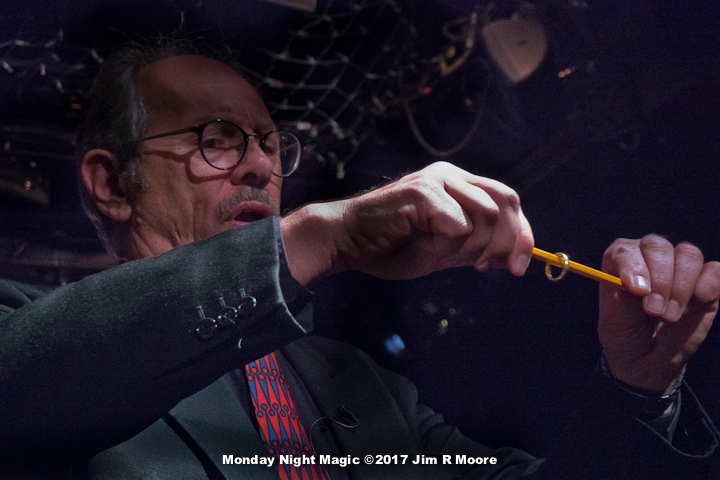 Peter Samelson performed a stunt where he obtained 3 wedding rings from the audience and then joined them together. 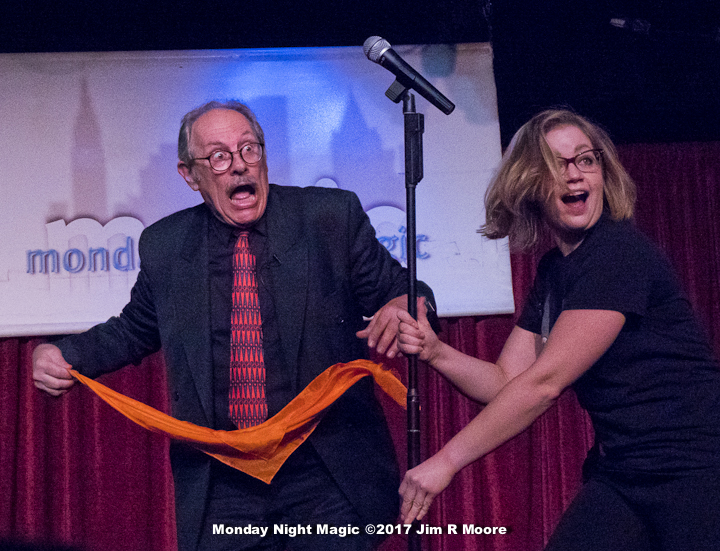 One of Peter Samelson’s comedic reprises was to show the audience how he did the ‘scarf thru mic stand’ trick. 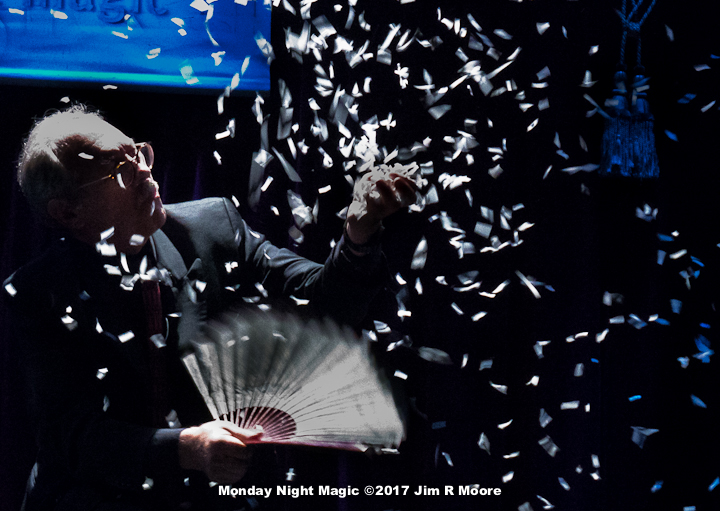 Peter Samelson’s finale was a beautiful ‘snowstorm’ trick from a handful of wet pieces of paper.

During intermission, there were 3 magicians performing in the theater.

Great fun every Monday night with new talent EVERY WEEK!