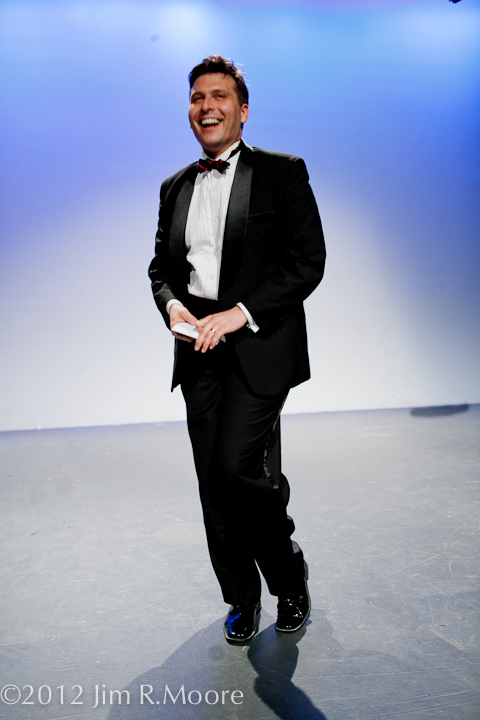 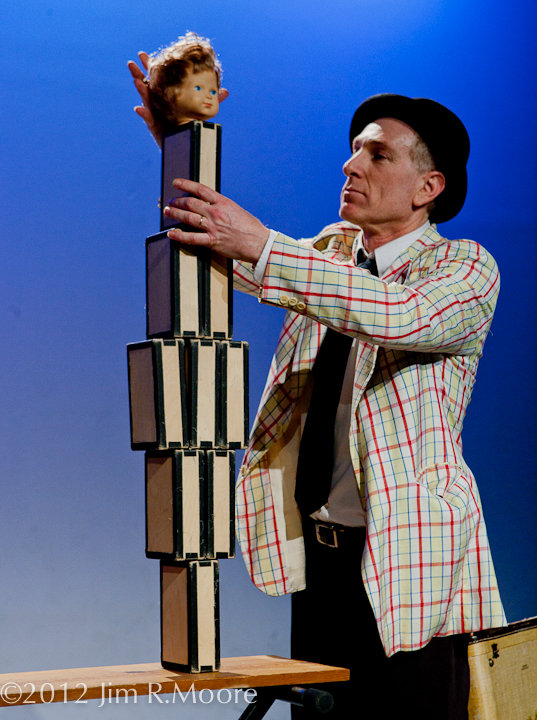 Will Shaw performs a new piece of business which includes a dry wit and dazzling skills. 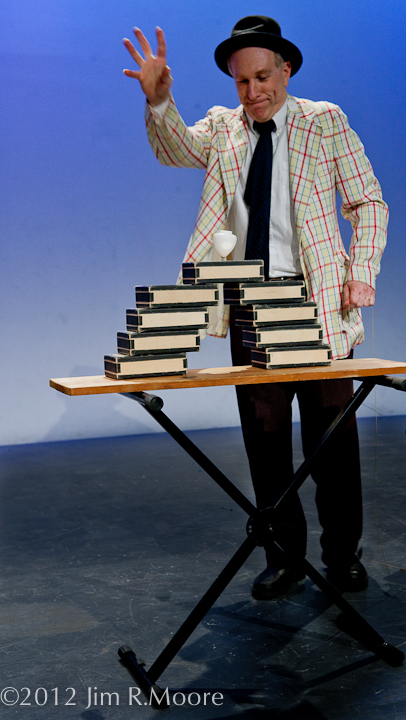 Will Shaw spins a top on top of his cigar box structure. 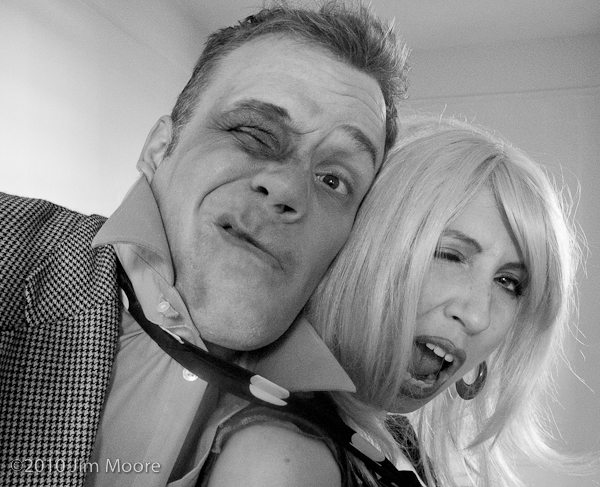 Kevin C. Carr and Carol Sirugo in a still from the film “The Ridiculous Romantic”. 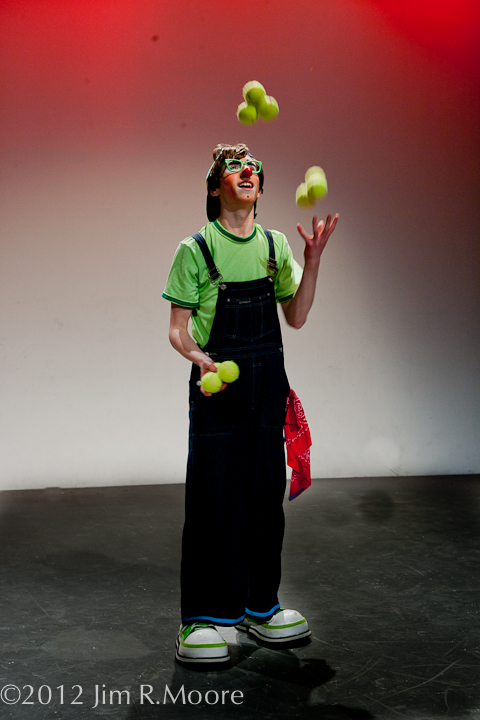 Matthew ‘Phineas’ Lish juggles 9 balls all at once! 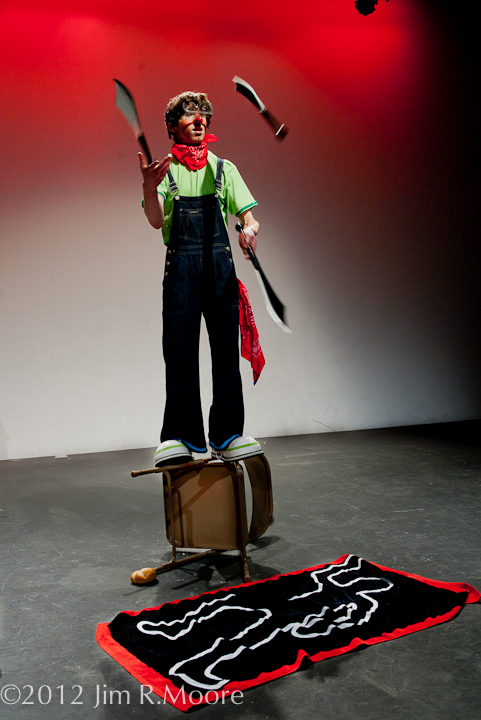 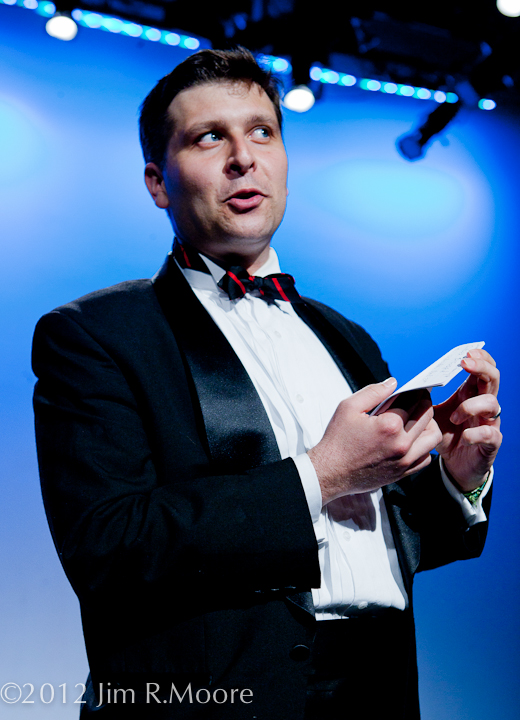 Christopher Lueck prepares the audience for the next act by reading the cue cards.

Everybody Nose It’s My Birthday 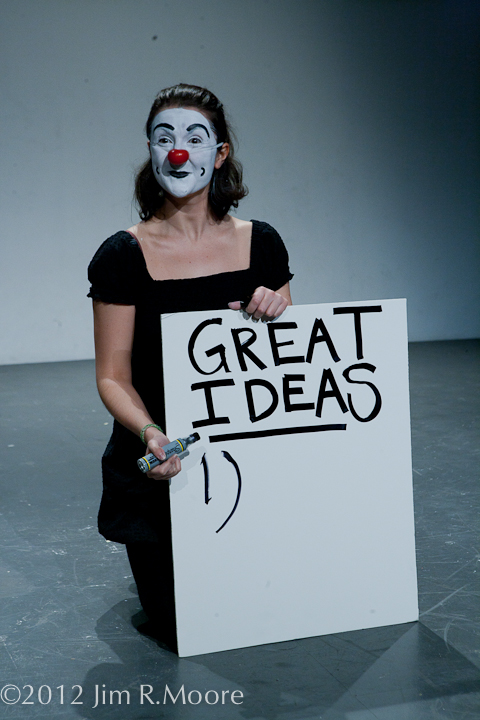 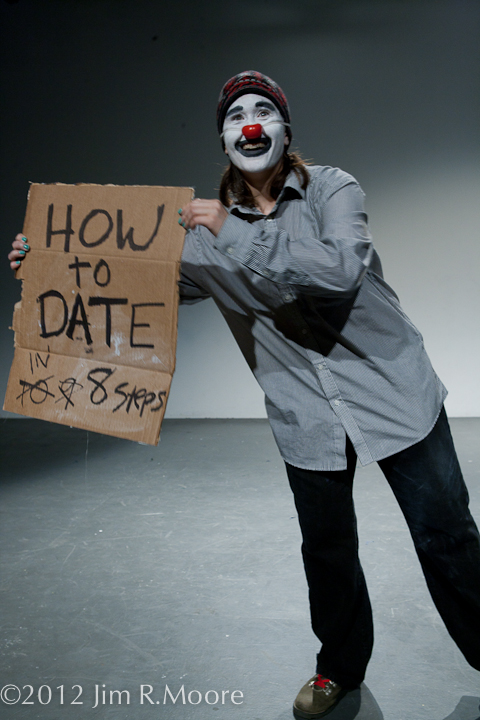 A series of short vignettes about dating and family life. 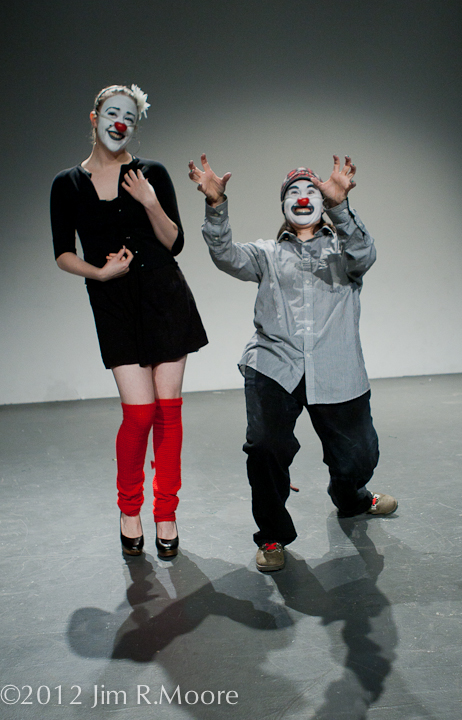 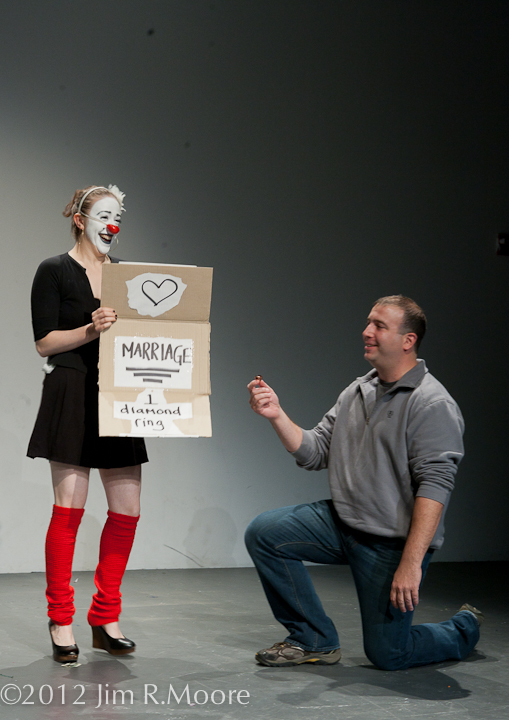 An offer from the audience to ‘marry’ the on stage actress. 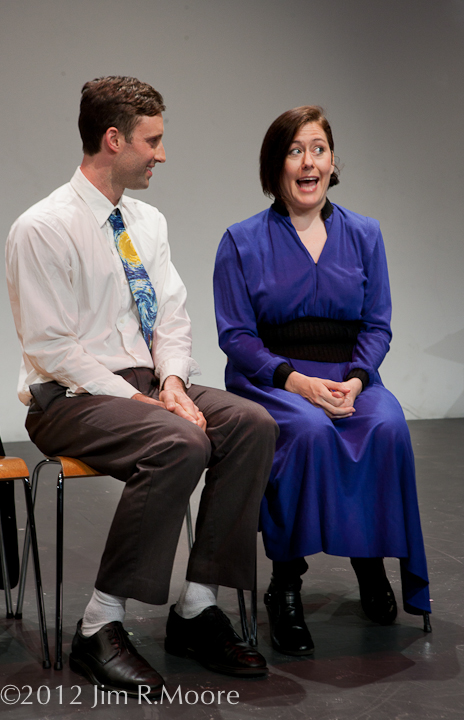 Billy Schultz takes Audrey Crabtree out on a date in ‘No Reservations’. 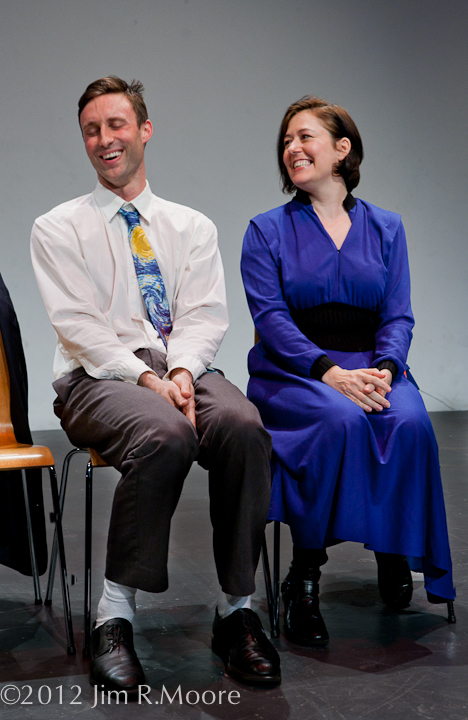 This piece gets wilder as it goes along but I will leave that to you when you see it!

This new piece is being directed by John Towsen.

Jason Trachtenburg sings "You're a Winner". A Vaudephone Presentation