I often spoke with Tom Murrin over the year about his work in context of visual art. A writer, an entertainer, performance artist, actor, provocateur, itinerant hit0and-run showman, and in the loosest sense community organizer and teacher. Tom never wanted to differentiate between the various aspects of his creative practice and engagement with the world. As long as it was understood that everything- Luna Macaroona, The Alien Comic, Tom Trash and Jack Bump, be it Balloon Theater or Avant-Garde-A-Rama, playing Punk Rock clubs, playgrounds and theaters alike, playwriting or journalism, where he supported many generations of younger performance artists- was of one entirety. If I told him that the effects and artifacts of his craft would be fitting, even appropriate, in an art gallery, he could be both chuffed and humbled by the compliment. A man who envisioned “audience” in the broadest possible terms, including even the unsuspecting passerby, Tom Murrin was totally fine with however anyone chose to read his work. This show, an opportunity to see how a selection of Tom Murrin’s costumes, props, masks, and ephemera functions in the domain of fine art, is a continuation of that ongoing conversation. Tom defined performance art as ‘anything done with purpose and style,” which seems as fitting a description as any for how he invested in everything. He had the motives and meanings that made it art. 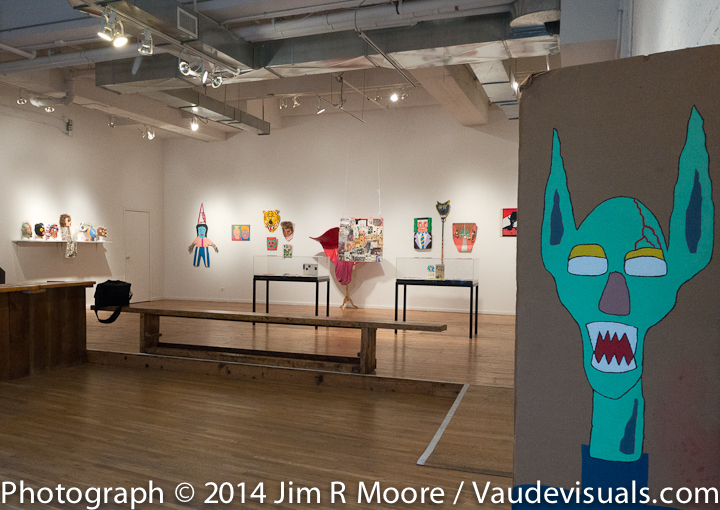 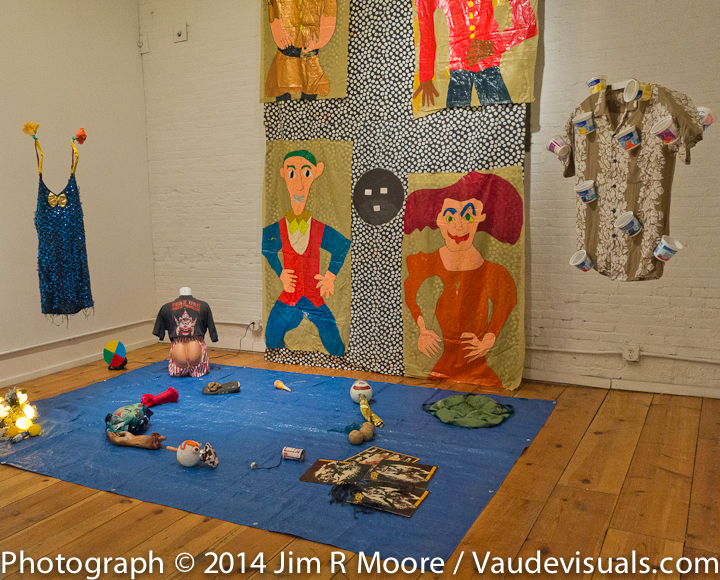 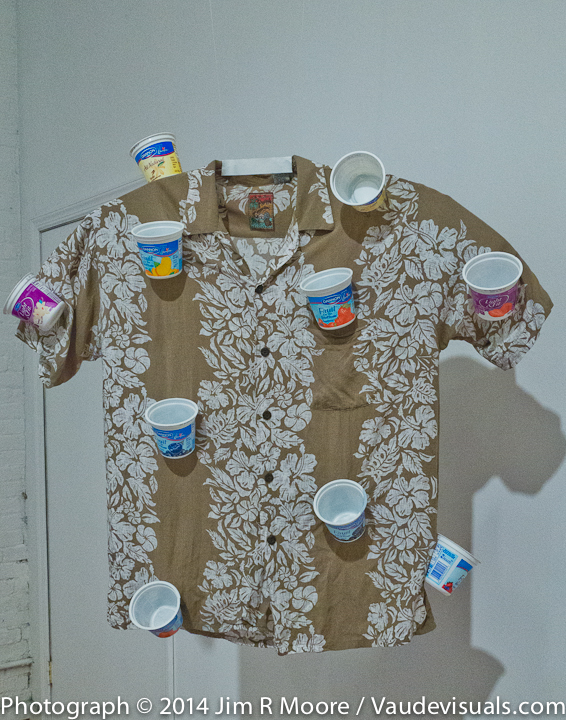 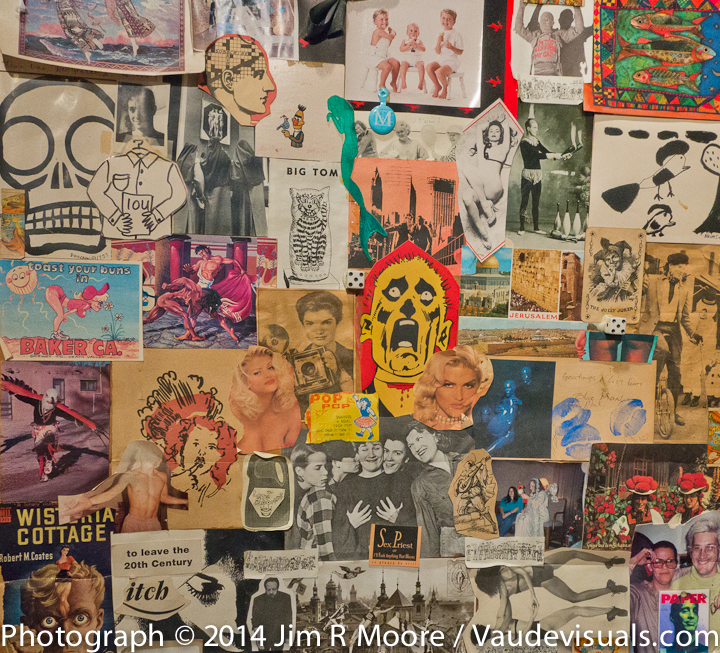 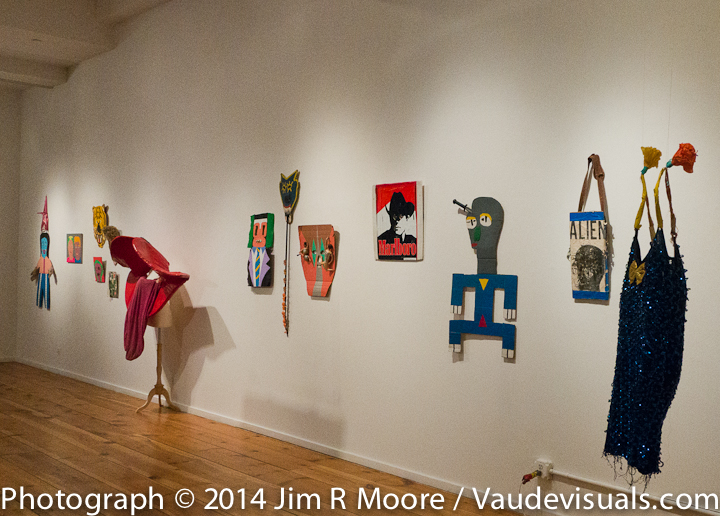 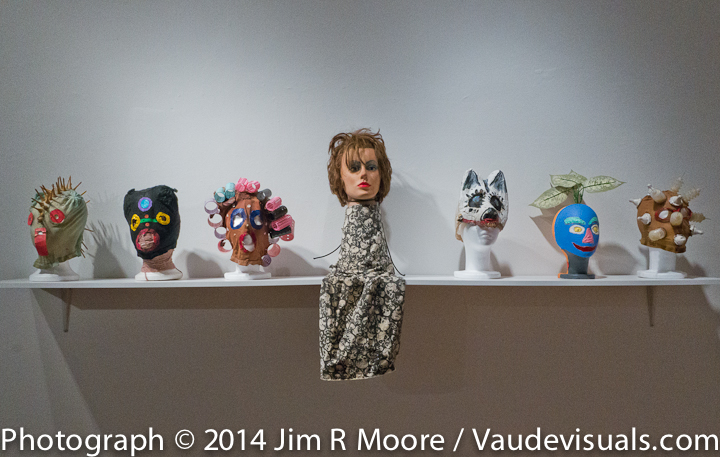 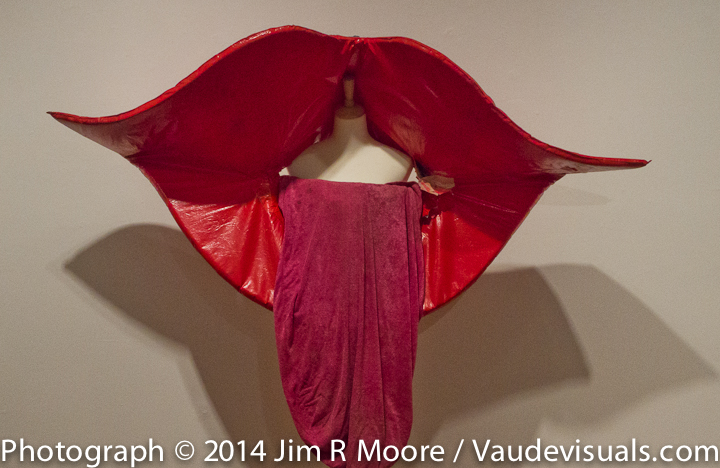 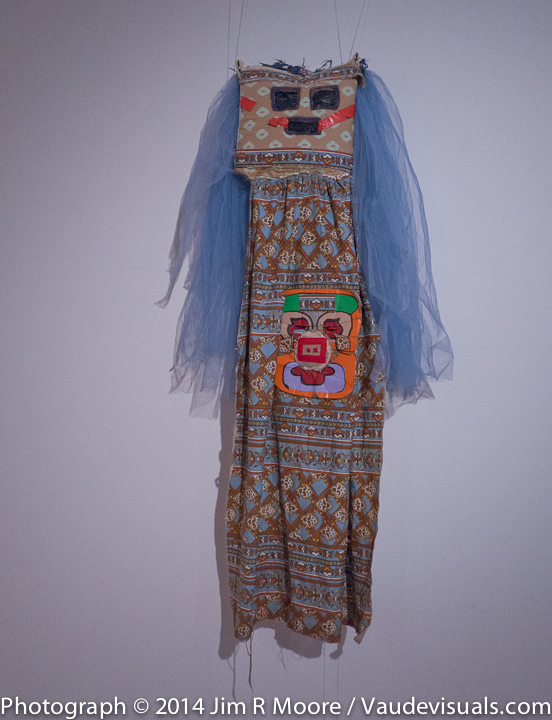 Magical Ridiculous Legacy of Alien Comic is an assembly of objects, costumes and ephemera from the Tom Murrin archive. This collection is largely focused on the Los Angeles-born Murrin’s longterm tenure in the New York performance art scene that had its heyday in the 1980s. Murrin’s frequent Full Moon Shows, dedicated to his muse Luna Macaroona the Moon Goddess, are in evidence, as well as ephemera from his around-the-world tour in the 1970s. A collage of Alien Comic video clips compiled by filmmaker Larry Fessenden will play during the exhibition.