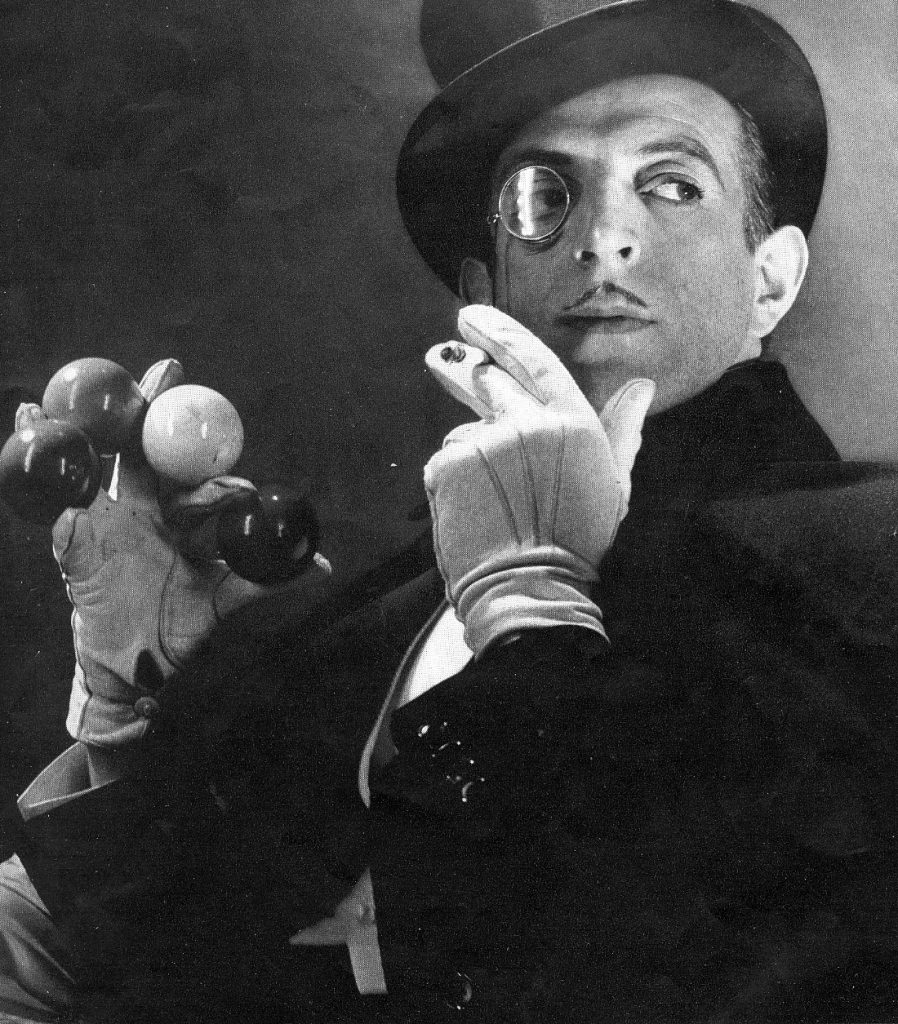 Richard Valentine Pitchford – presto change-o! Cardini – who does things to a cigarette that no Indian fakir ever did to a rope – was born in Wales in 1898 and could bewitch a pack of cards before he was old enough to talk. Four years overseas in the War left him shell-shocked, and, after eighteen months in a hospital, he was discharged as disabled. Working his way to Australia on a freighter, he made his debut as a sorcerer in Sydney. Since then, Cardini has prestidigitated in twelve countries and was the first magacian to mystify his King and Queen by Royal Command. His vanishing-cigarette trick involves thirty lighted cigarettes, a cigar and a pipe. One the stage, he remains absolutely mute, shunning the patter of magicians and retaining impressive calm. Of late, he has been gathering laurels in the music halls of Manhattan with his cards, his cigarettes and his billiard balls. 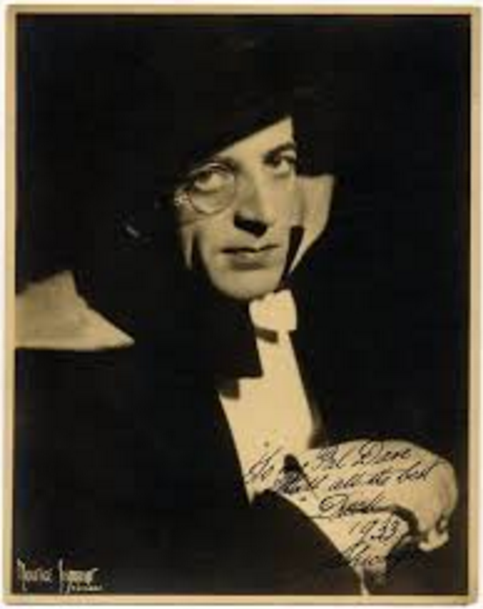 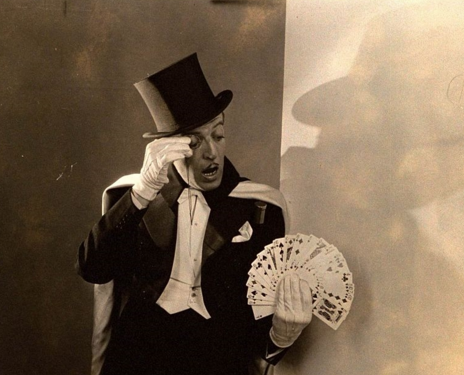 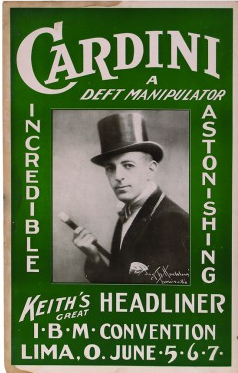 Poster for one of Cardini’s appearances at a Keith theater for the Annual IBM Convention.