All of the performers that were on hand for the festival contributed a little bit of themselves to a performance in front of City Hall.

The public was sitting down and standing up in front of City Hall.

Here are some photographs from that show.

A few of the cast from the show. 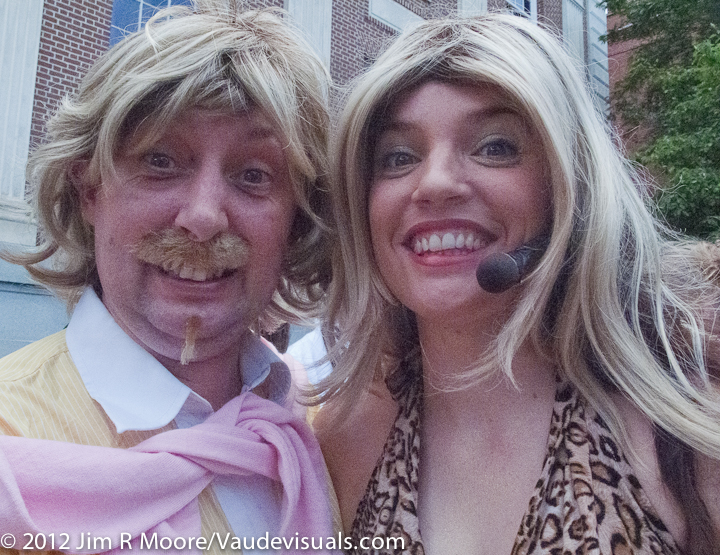 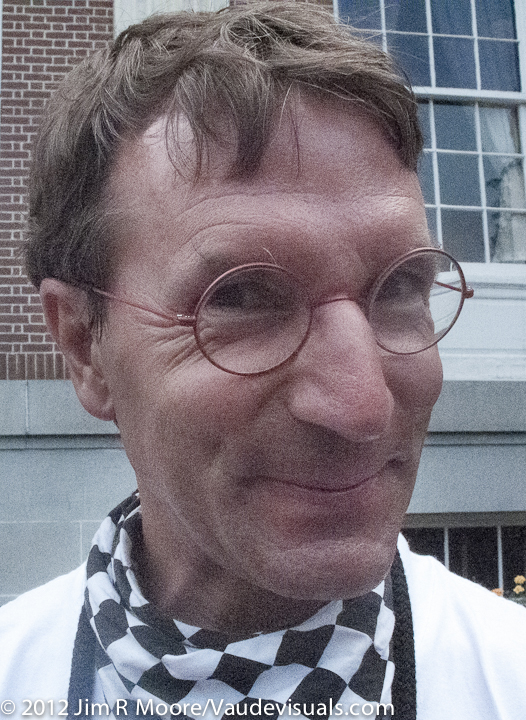 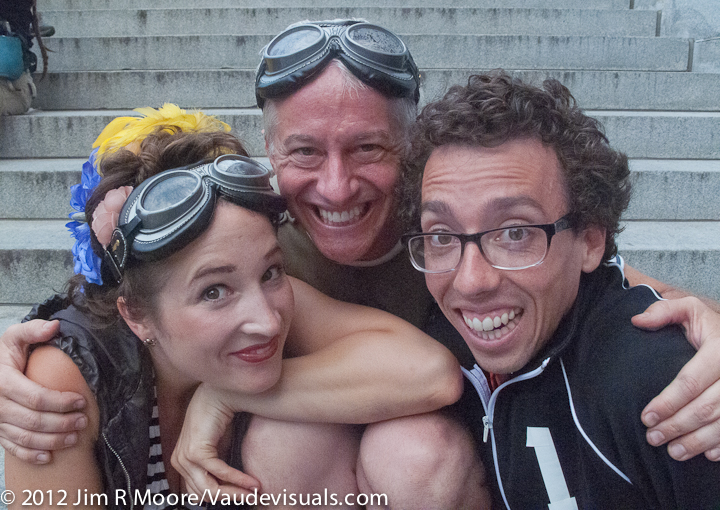 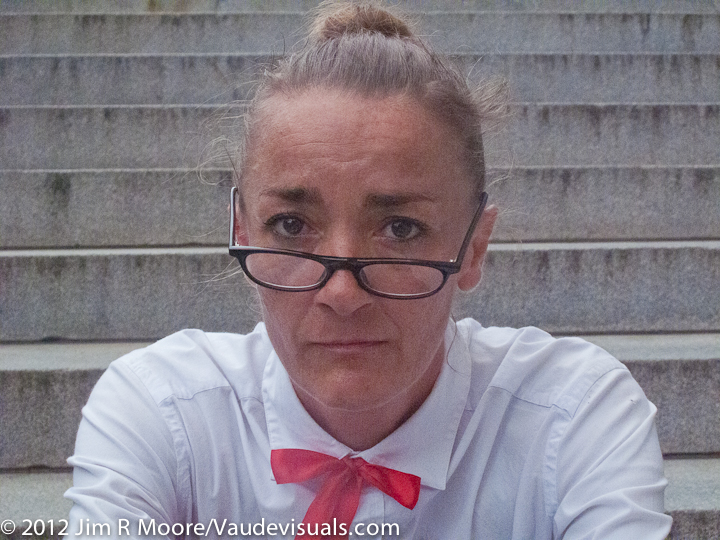 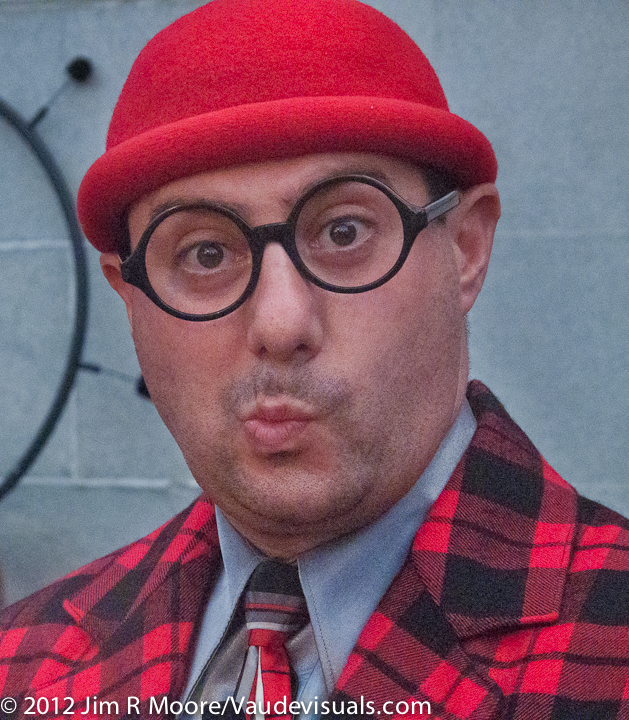 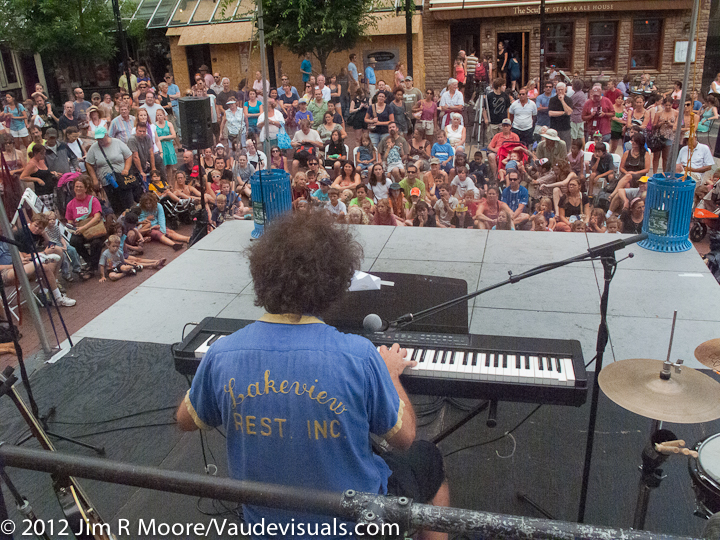 Facing the crowd and playing the electric piano is Mark Ettinger who doubled as Music Director for the festival. 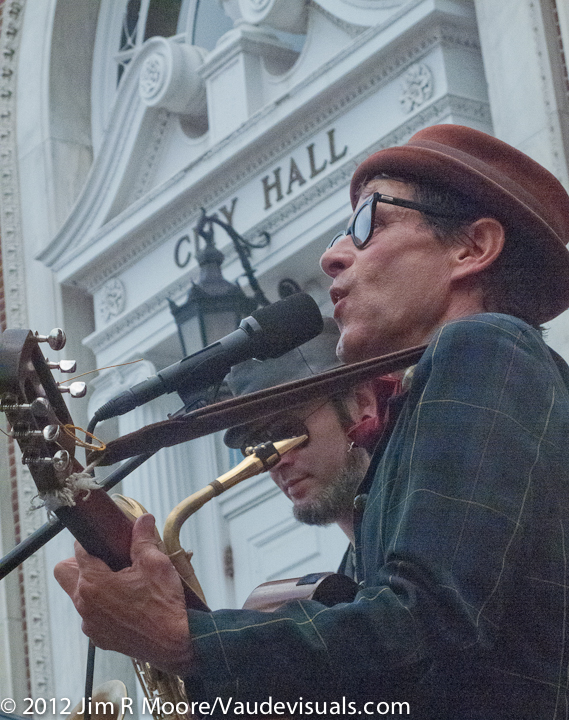 Woody Keppel singing with the band for the closing number of the show. 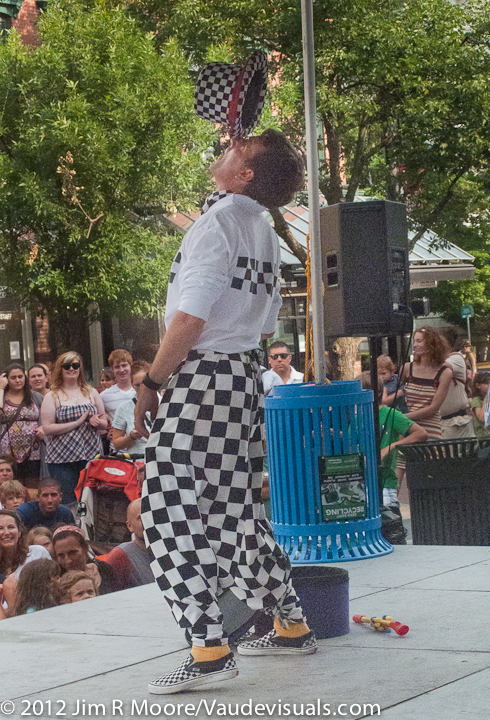 The Checkerboard Guy (David Aiken)  dazzles the crown with his hat moves. 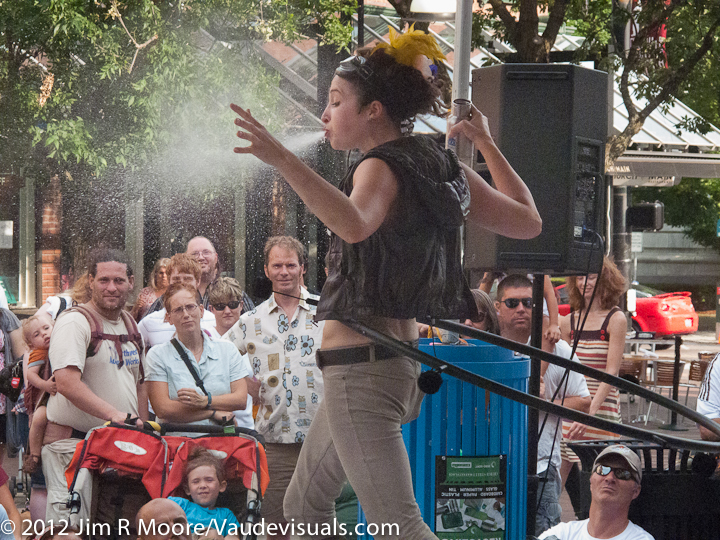 Casey Martin (Kamikaze Fireflies) extinguishes fire on her hula hoop with some water. 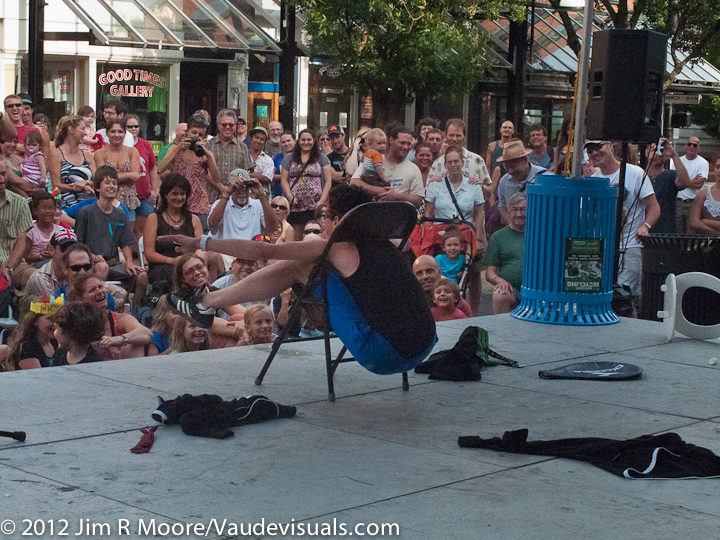 Jonathan Burns sneaks thru the back of a folding chair with ease. 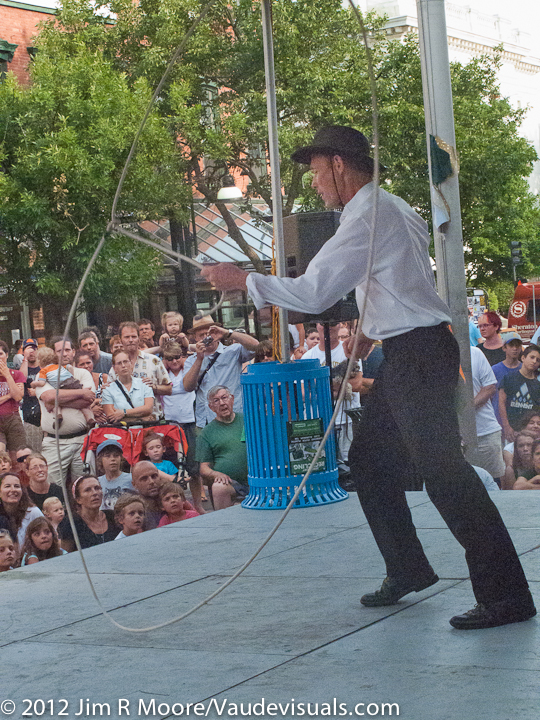 Henrik Bothe (half of Wells and Woodhead) performing some cowboy roping routines. 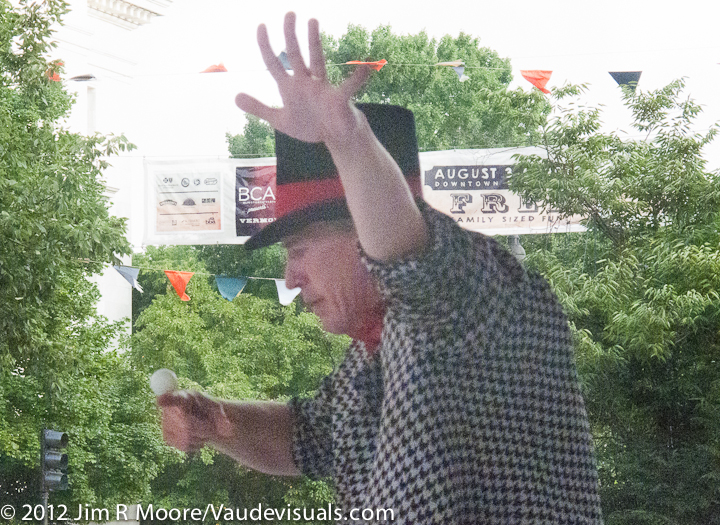 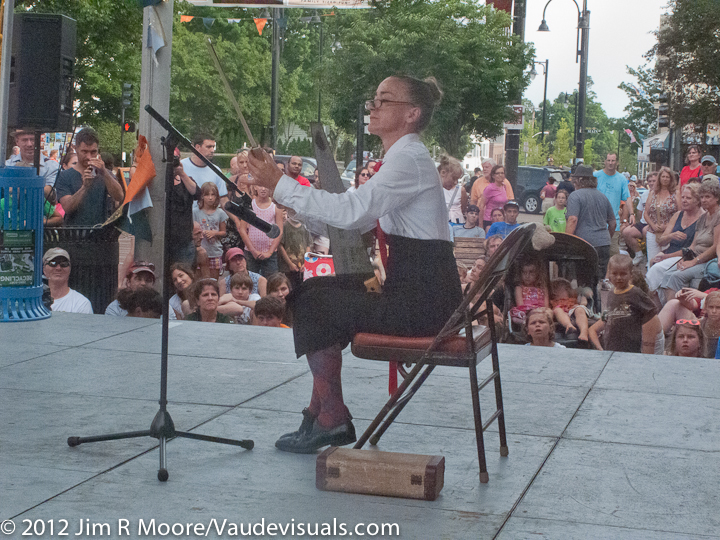 Aileen Wilkie plays a lovely tune on the saw. 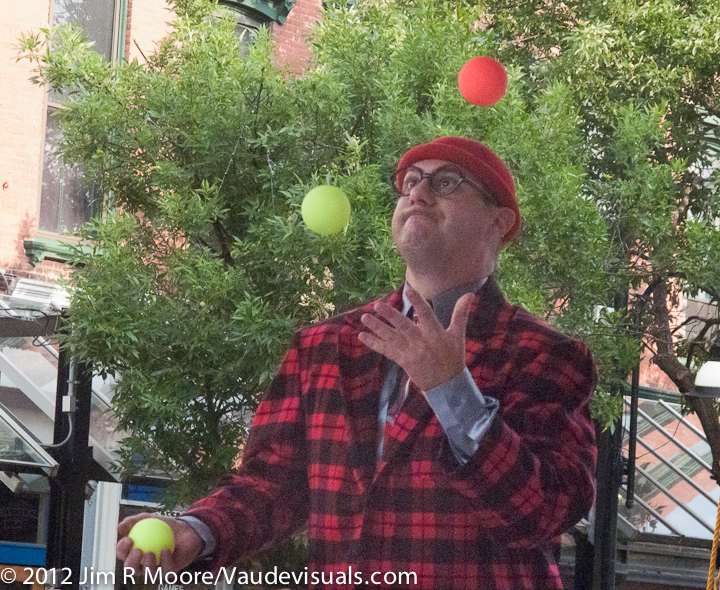 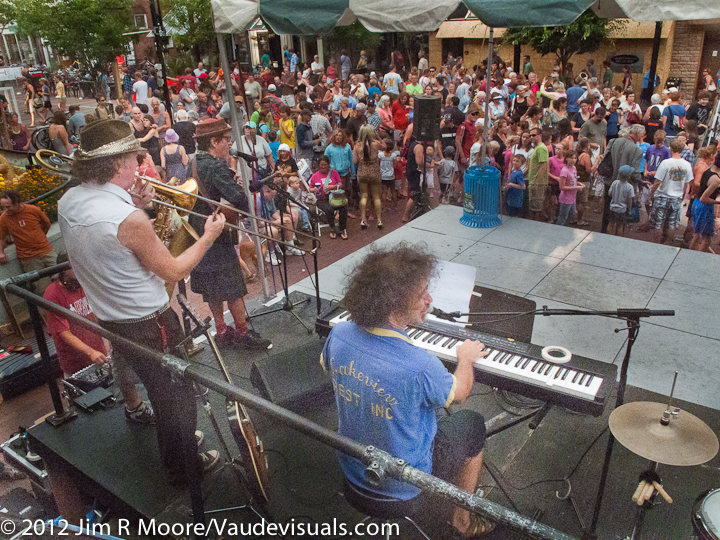 Festival of Fools band performing at THE LAST LAUGH show with the great big audience enjoying the show.

[Not all performers on the bill are represented here in photographs.]

For more information on the FESTIVAL OF FOOLS in Burlington, Vermont click HERE!

Travesties of 2012 - A Vaudeville Extravaganza

Festival TV - An Inside look at Theater Festivals Around the World