Guerra: A Clown Play combines slapstick, clown, dance, bouffant, and farce to tell the story of a military outpost’s last stand. Created by a Mexican/U.S. collaborative team, Guerra is performed in three languages and features a trio of incompetent officers engaged in a struggle against a vast unseen enemy. Their epic yet intimate journey features a recruitment lottery, bloodthirsty nursery rhymes, and at least one aerial bombardment. Guerra blends bombast and camp with serious echoes of American and Mexican military realities to create an irreverent and darkly resonant satire. 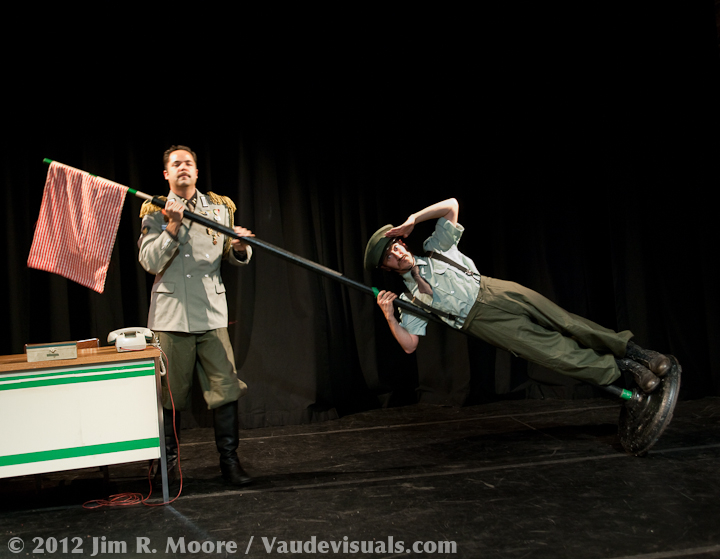 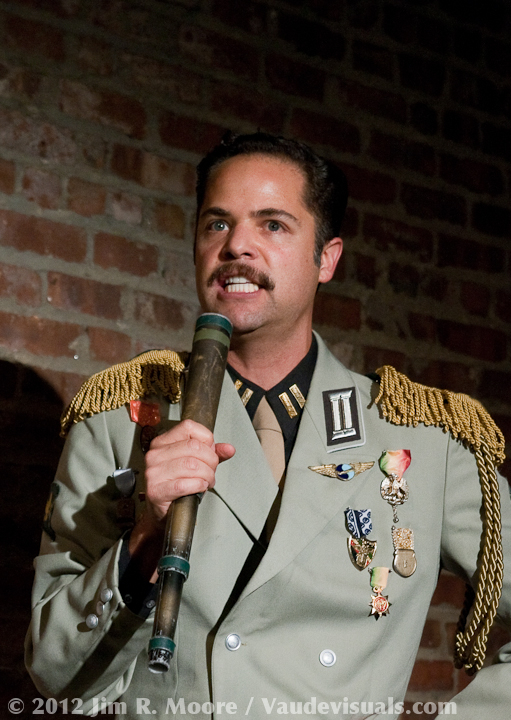 Artus Chavez is delightful as the leader of the group. 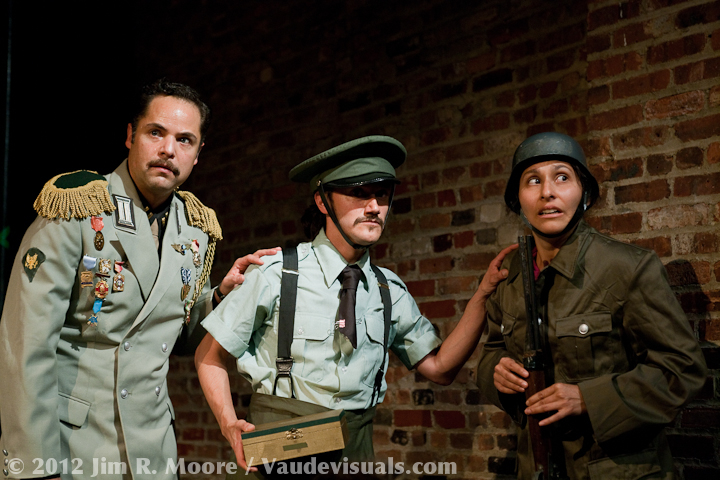 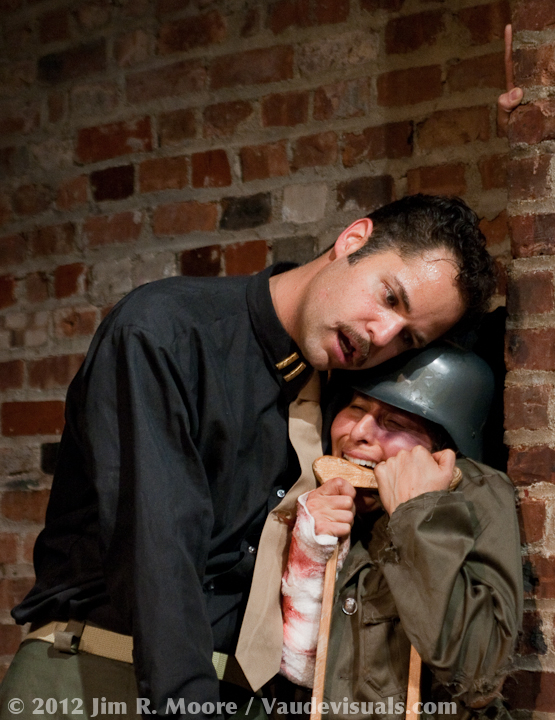 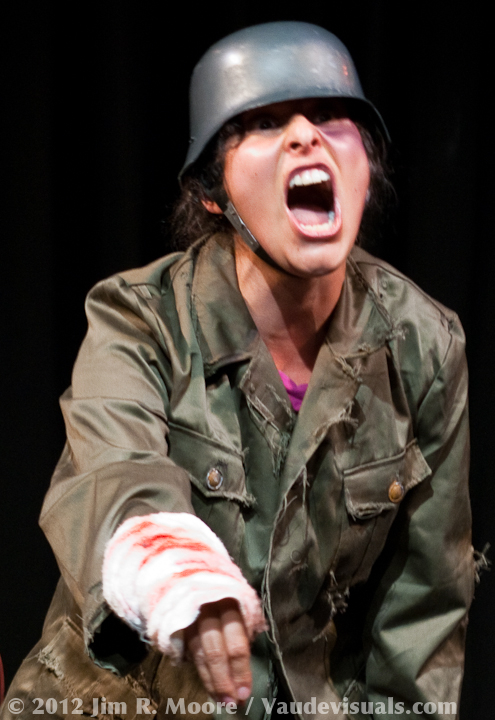 Madeleine Sierra shows off her battle wounds to the audience in GUERRA. 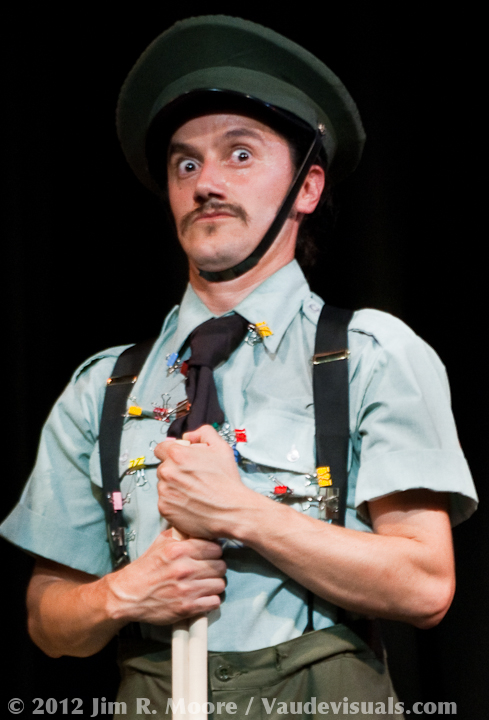 Fernando Cordova has some funny eyes and great scenes in GUERRA. 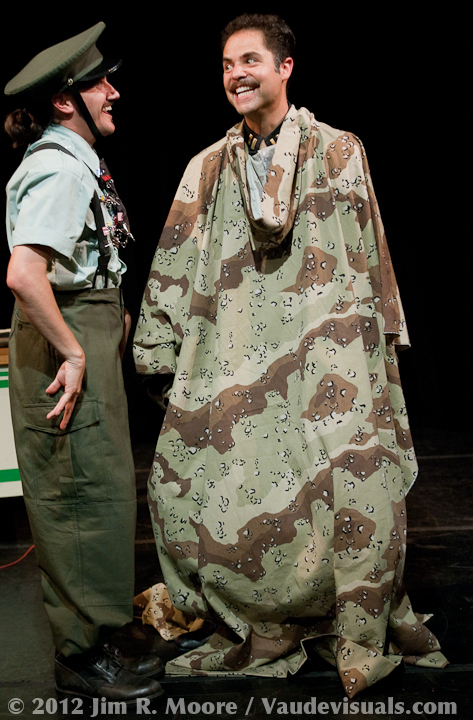 A humorous moment during the dressing of the Chief in camouflage garb. 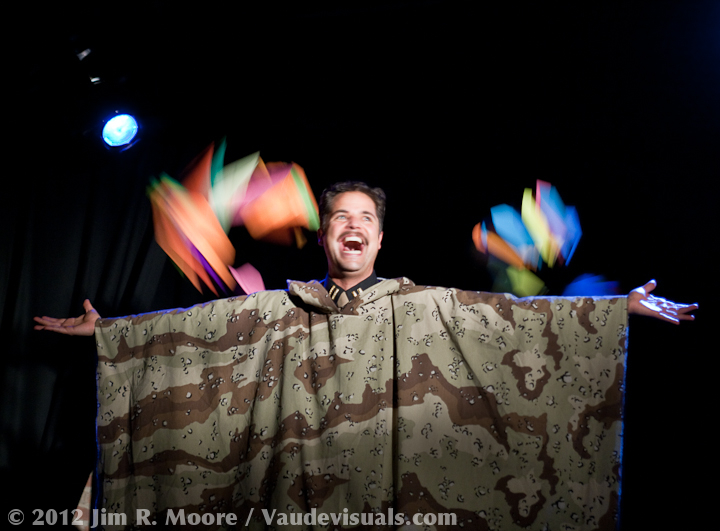 Artus Chavez sings while the paper airplanes fly over head. 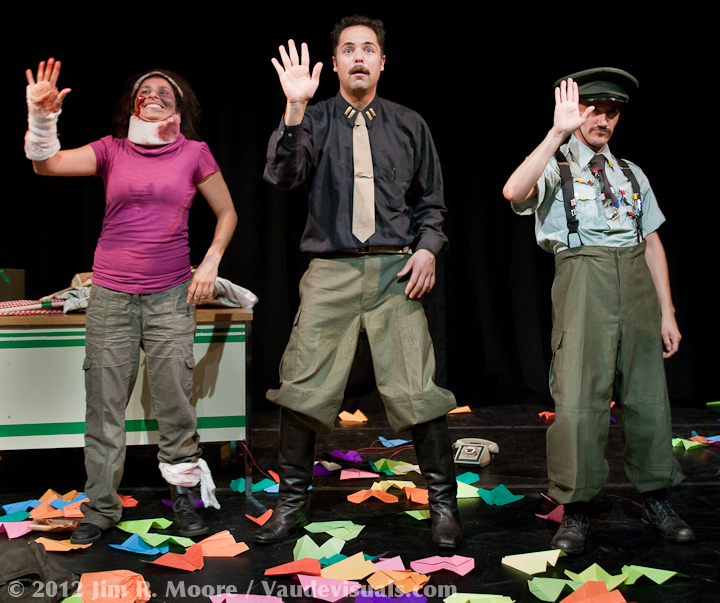 Madeleine, Artus and Fernando take their bow at the end of a very funny show!