Juggle This is here for the 12th Season. A Festival  weekend of juggling fanatics who enjoy sharing, watching and taking workshops.

The weekend culminates with this SHOW SPECTACULAR that I documented at the Miller Theater at Columbia University campus. 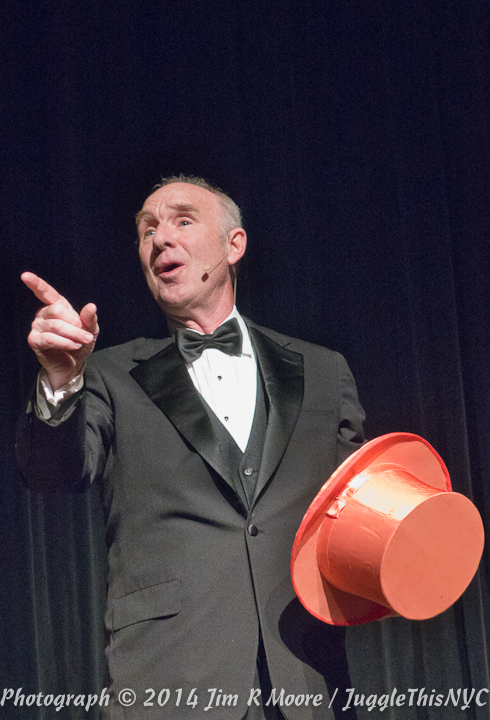 Michael Davis is a professional with experience on Broadway, The White House. TV and is delightfully funny.

The show had an international lineup. The next act was Erik Aberg from Stockholm, Sweden. 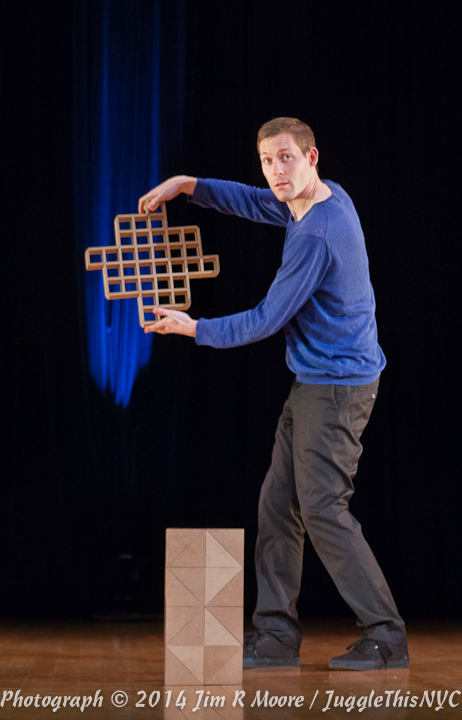 Erik Aberg lives and works in Stockholm, Sweden. His work in juggling is focused on historical research, researching new techniques and new props. 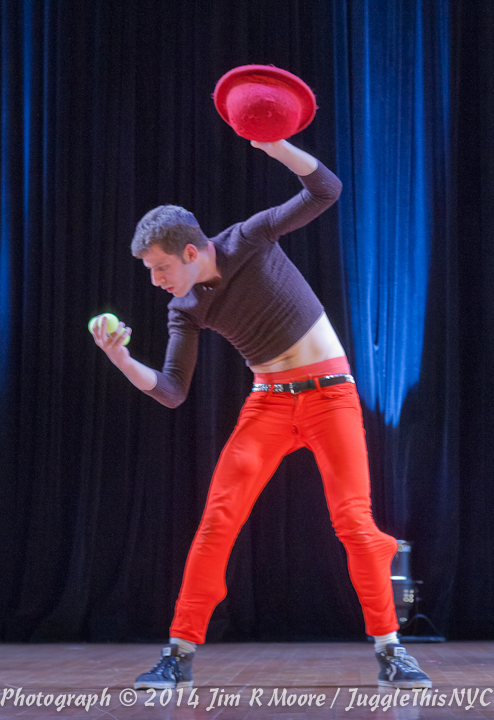 Jacob D’Eustachio is a graduate of the prestigious Ecole de Cirque de Quebec as was the first person to apprentice with Kris Kremo. 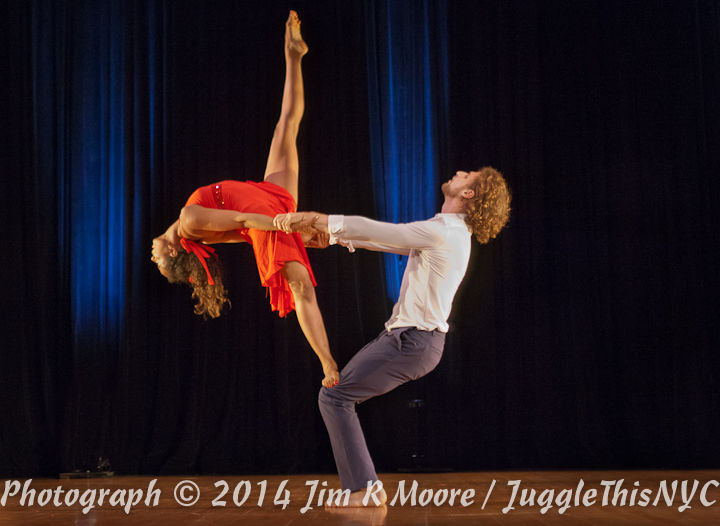 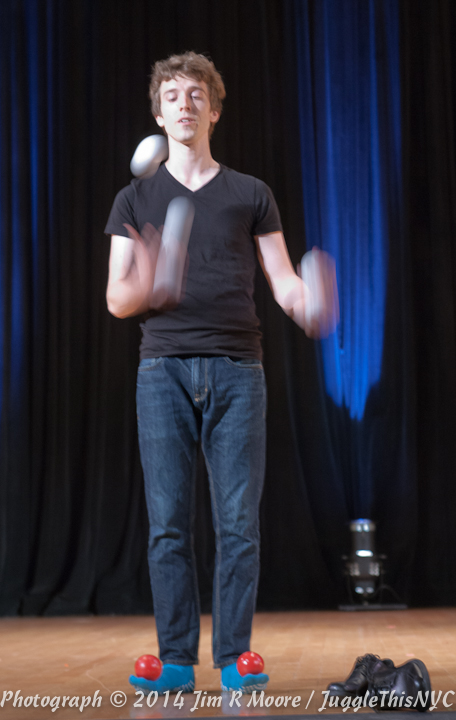 Isaac Rockafellow arrived in NY last july all the way from Idaho. He has many interest and will be going to study the Ukranian Circus after the fall of the Soviet Union on a Fulbright grant. 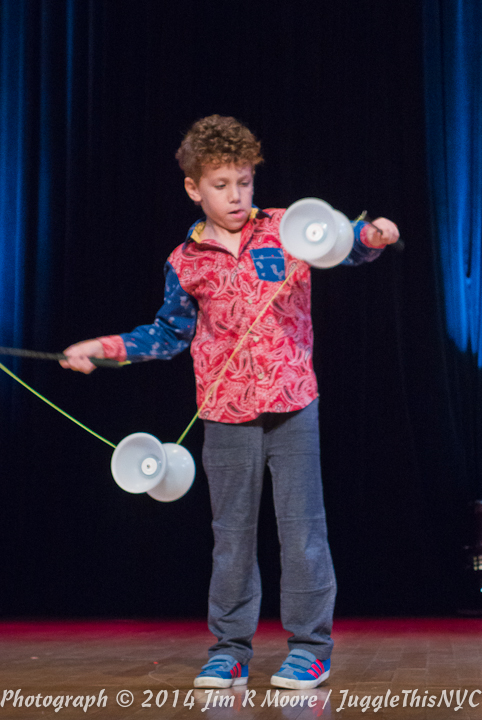 Imri Rom is a 7 year old diablo phenomena who began his juggling passion at the age of 4. 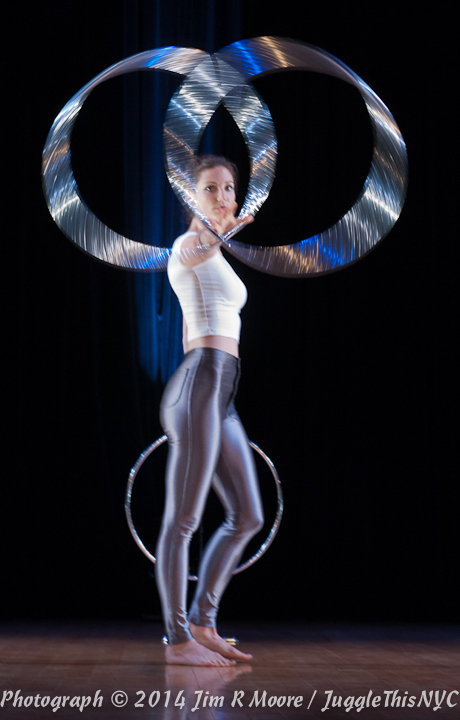 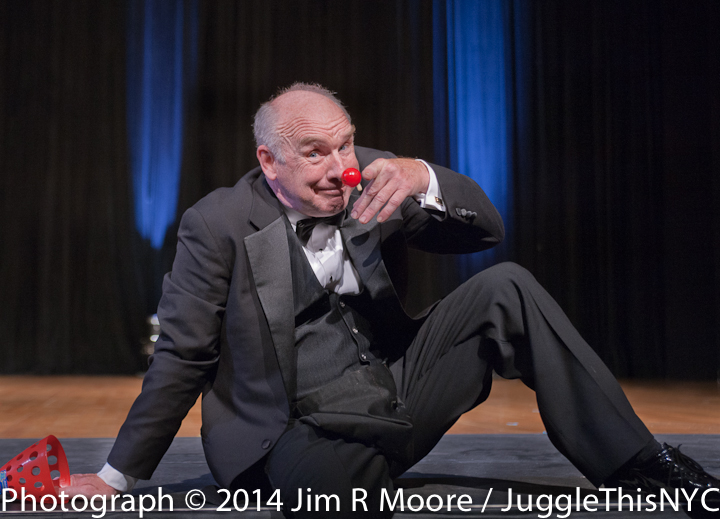 All thru the show Michael Davis would perform excerpts from his own hysterical one-man act. Here he dons a clown nose! 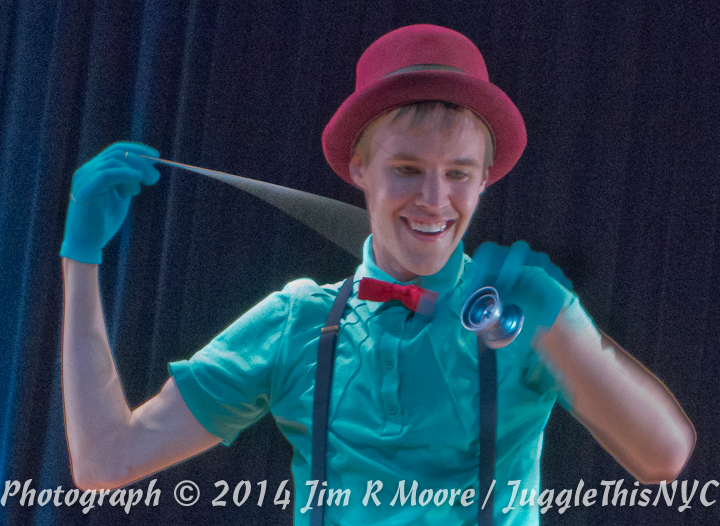 Justin Weber picked up his first YoYo during the fad in the 90’s. He quickly got serious, competing in state, regional, national and world level contests. He is amazing! 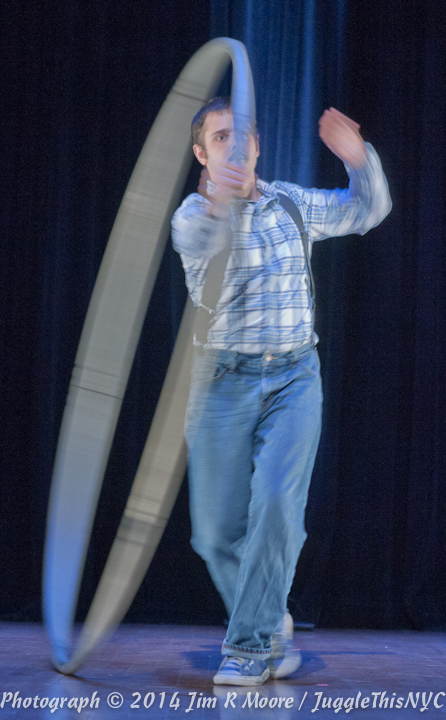 Mitch Lustig is a multi-faceted showman specializing in the Cyr-wheel, fire arts and juggling. 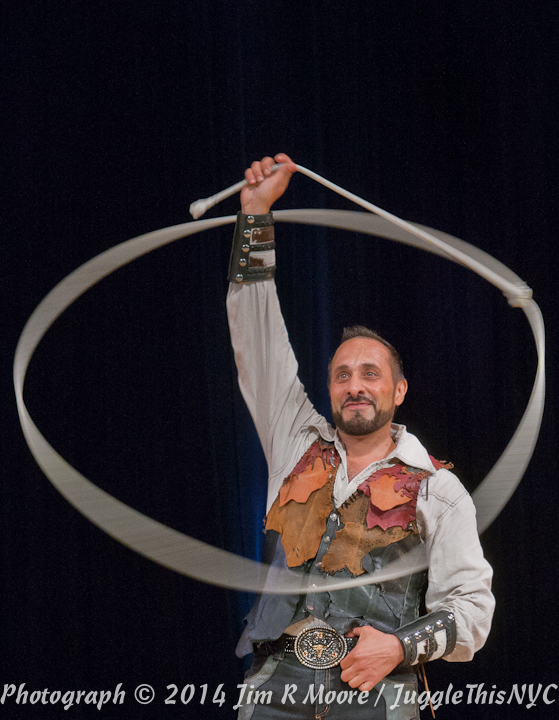 A. J. Silver performing his amazing rope act. He started his career as a rodeo trick rider. 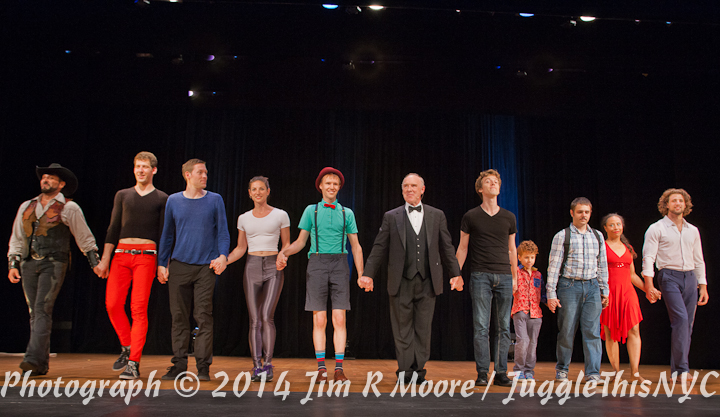 The Curtain Call for 2014 “Juggle This’ Show Spectacular!

The Juggle This event is produced by Bindlestiff Family Variety Arts, Inc. with assistance from The Carmine Street Irregulars.