Jim Turner is a very funny man. Last night he did a ‘work-in-progress’ performance which was titled “The Now of Low: Misadventures of the Glucose Highway” 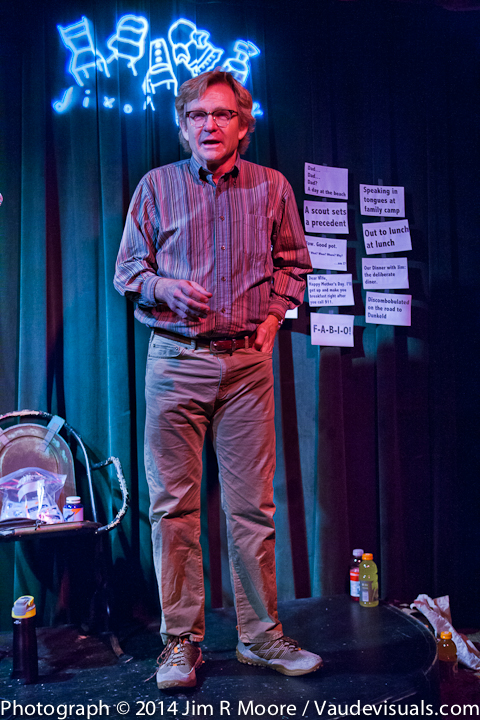 The curtain behind him was plastered with large index cards with written titles from ‘events’ that he had experienced in life with his diabetes.

The Joys of Psychotic indecision…

A day at the beach, what could go wrong?

The 100 foot journey to nowhere…

Speaking in tongues at family camp…

Funny, heart wrenching and all wonderful. He took me along for the ride and I learned all about Diabetes at the same time. 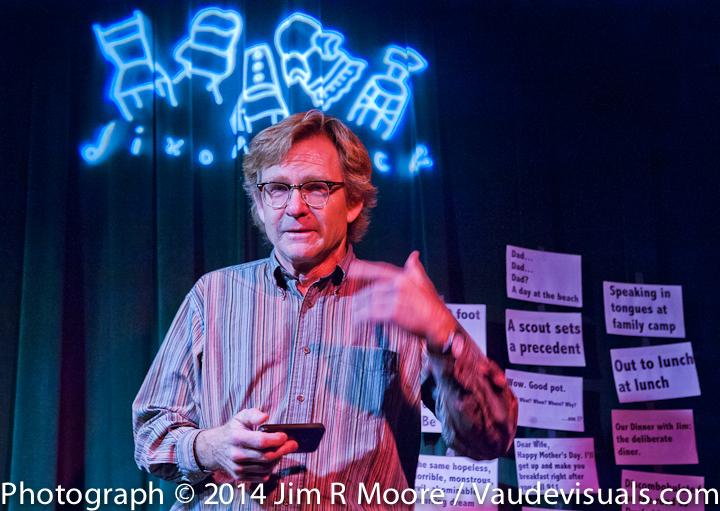 A story teller, comedian and talented writer. Jim Turner’s adventures are nothing short of ‘brilliant’. The way he captured the audience with his stories and touching experiences was delightful.

From 1987 to 1990, Turner performed on MTV and Ha! as Randee of the Redwoods, a character he adapted from his days with Duck’s Breath Mystery Theatre. As part of a marketing stunt, Randee became the dark horse candidate for President.

I had photographed Jim Turner at Dixon Place in 1989 when he shared the bill with Tom Murrin.

Here is a video excerpt:

40th Anniversary of Philippe Petit's Highwire walk on the WTC