Jeff Sheridan is currently in Frankfurt creating works of art and new magic!

The Most Imitated Magician in New York:

In the 1970’s, Jeff Sheridan‘s ubiquitous, sui-generis, Public Space performances captured the praise and delight of New Yorkers and out of town visitors alike; also instantantiously inspiring legions of wanna-be Jeff Sheridans who soon came to (over) populate the Manhattan Streetscape during the ‘fun city’ era of Mayor John Lindsay.

Sheridan’s incomparable fusion of mime skill and magicianship won him his especial popularity and, among other honors, an award from the august Municipal Arts Society recognizing his direct contribution toward the enhancement of urban life for the city’s people. [ of this same period, Sheridan with two other conjuring colleagues, ‘went indoors’, on record for having presented the First-ever Magic Show at the Lincoln Center for the Performing Arts.] 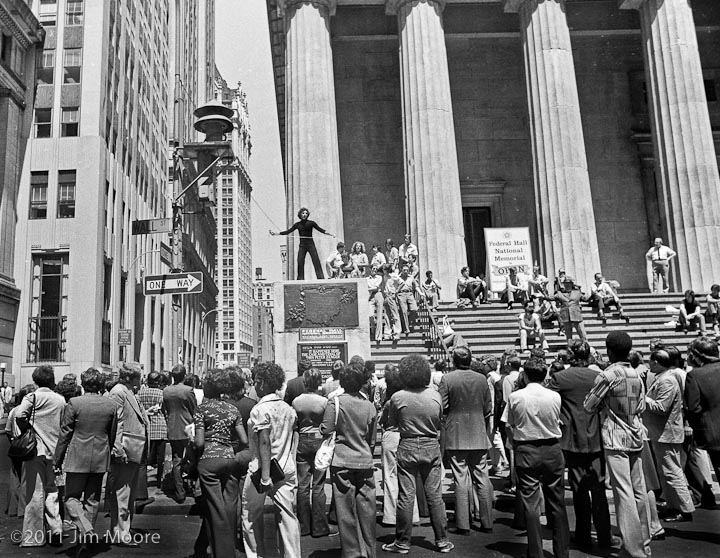 Jeff Sheridan performing for the crowd at Federal Hall on Wall Street.   Circa 1977 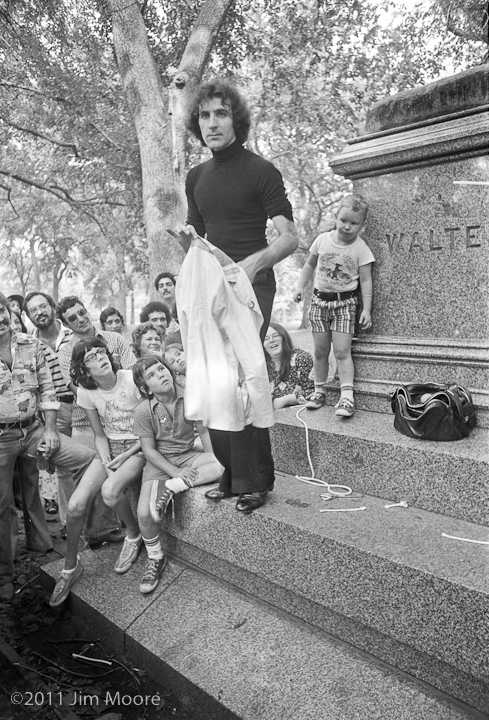 Jeff Sheridan performing for the Sunday crowd on Literary Walk in Central Park. Circa 1986

This spot was where anyone and everyone could find Sheridan on a Sunday afternoon.

He stood on the Walter Scott Statue for many years entertaining many who passed by his stage.