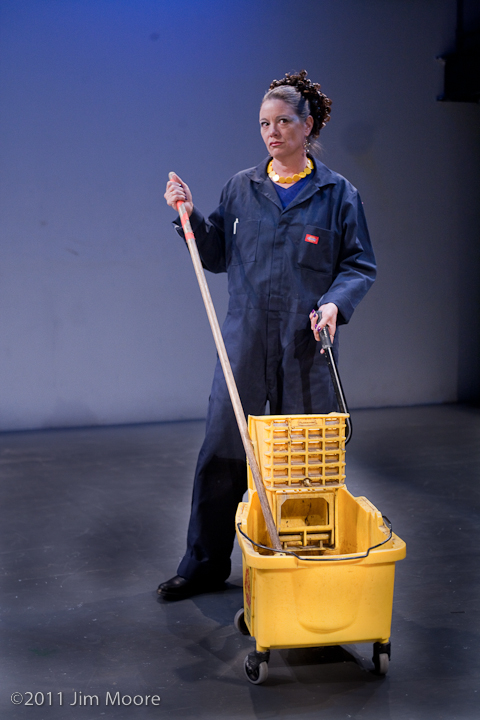 Katherine M. Horejsi performs as the ‘clean up lady’ ~Cleaning up what the clowns leave behind~ 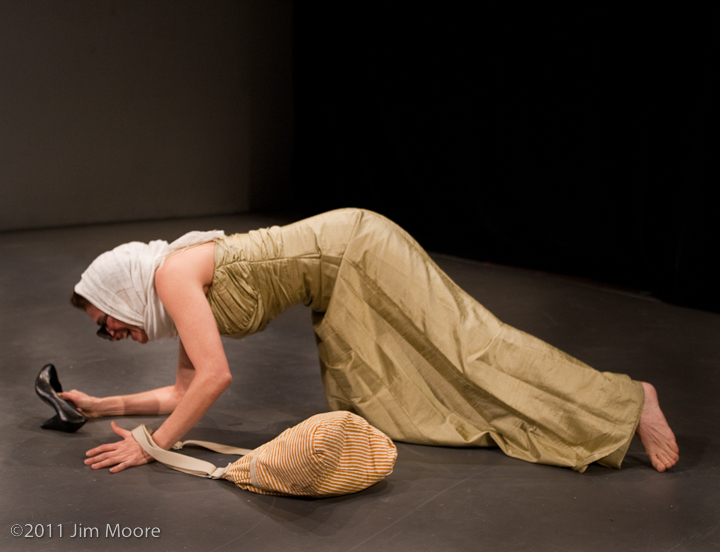 Not able to stand up with her shoe in her hand Hilary brings a new character to the show. 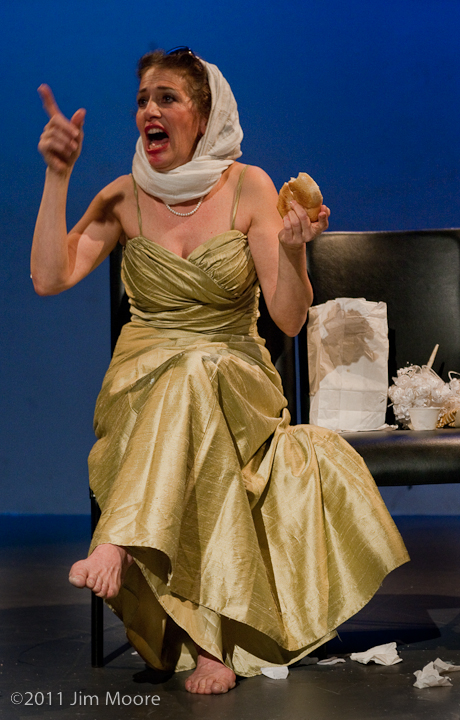 Bagel with cream cheese is the food of choice for Hilary Chaplain’s new character.

Playing piano for a silent film excerpt of Harry Langdon “Remember When”. 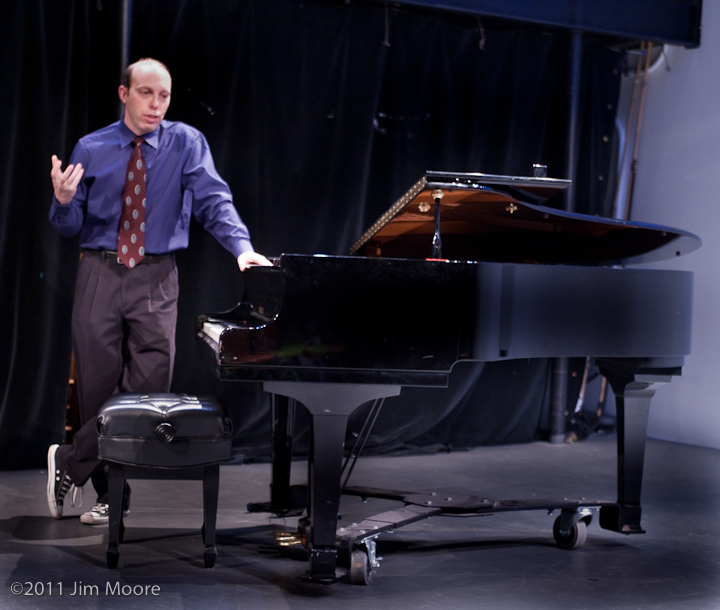 Ben Model talks to the audience about the silent film star Harry Langdon. 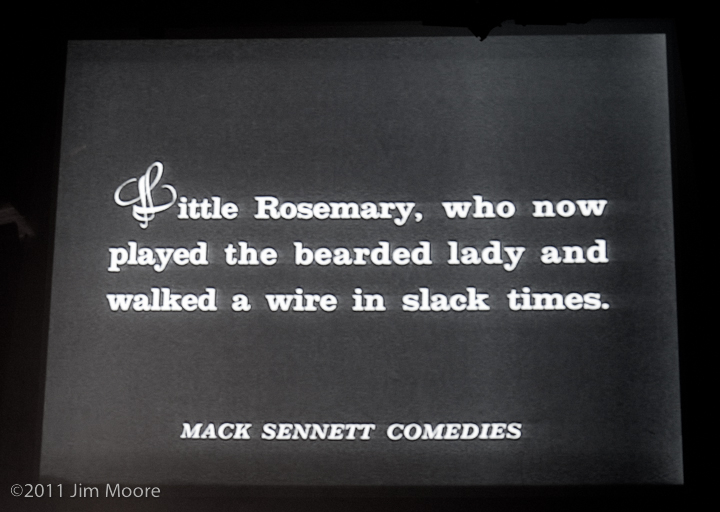 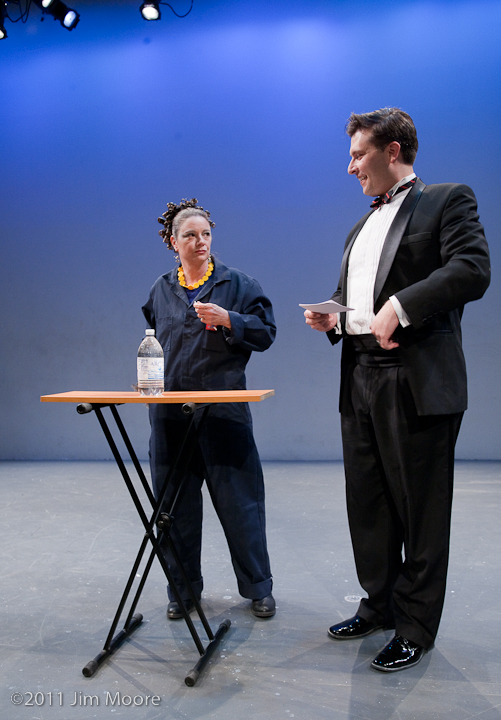 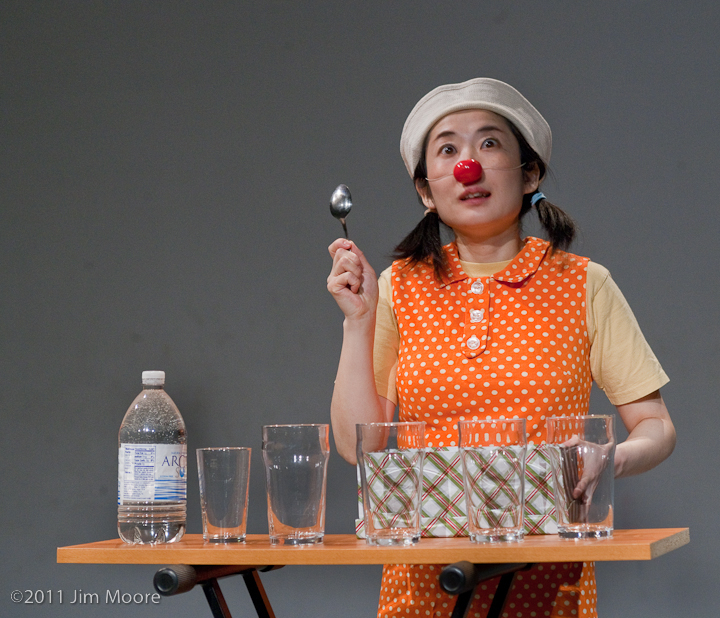 Kiki (Aya Tucker) prepares to play the glasses with her spoon. 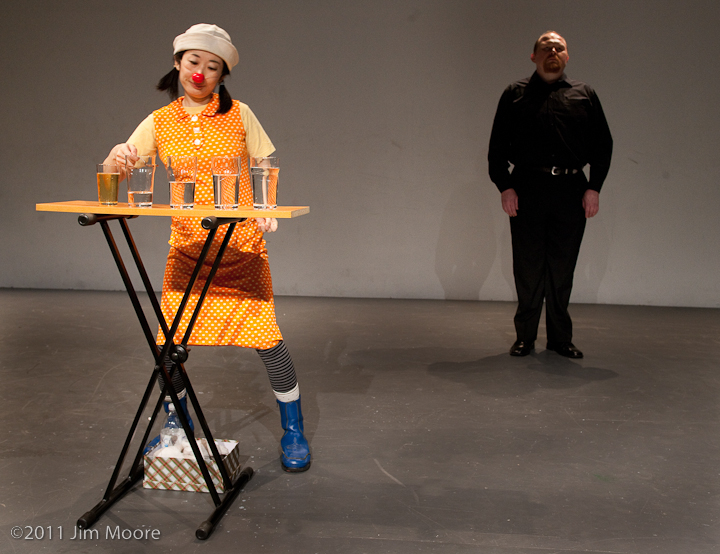 Kiki performs finally while the ‘special guest’ looks on! 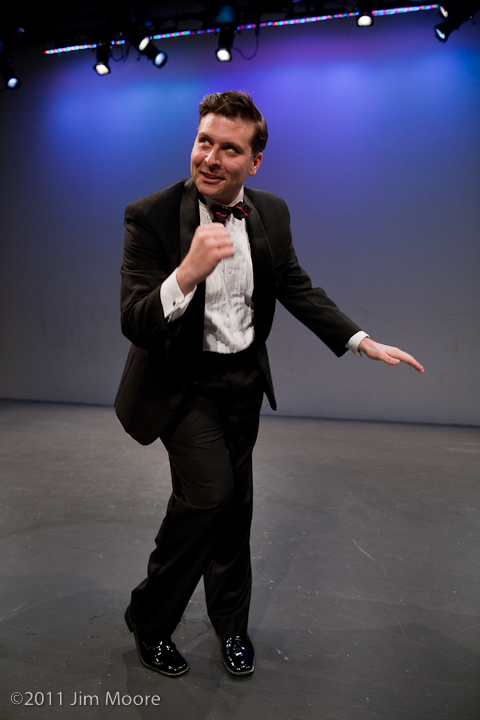 Christopher Lueck introduces ‘The Game” which happens at every Revue. 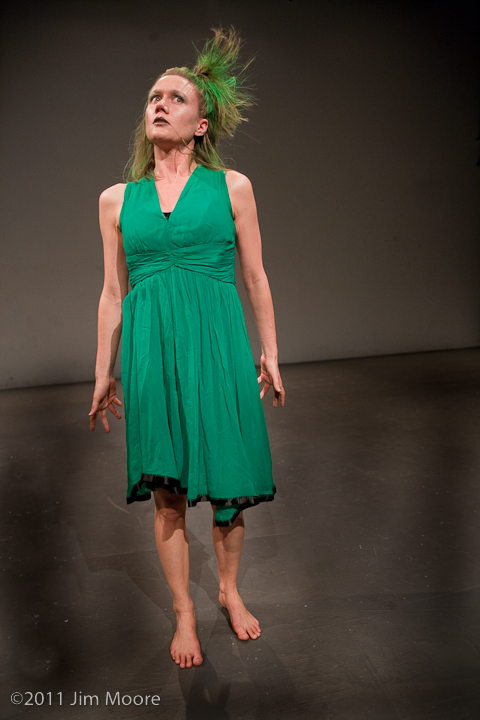 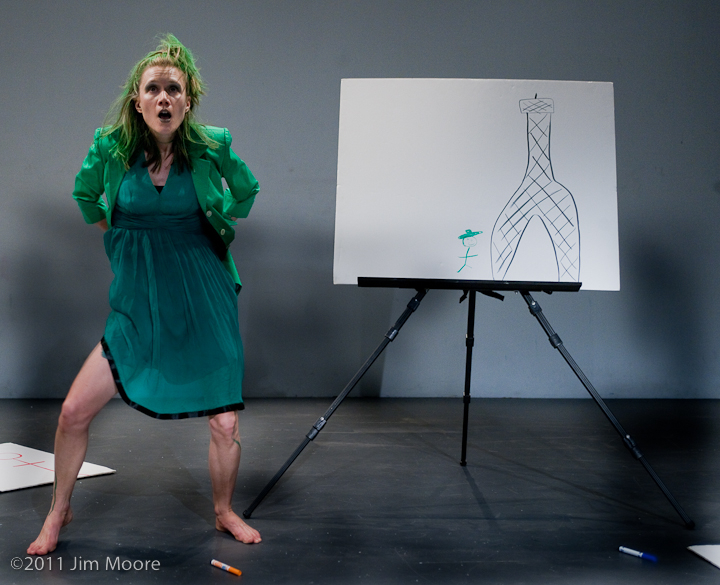 Using the drawing sharpies and easel she draws out her character’s personal saga. 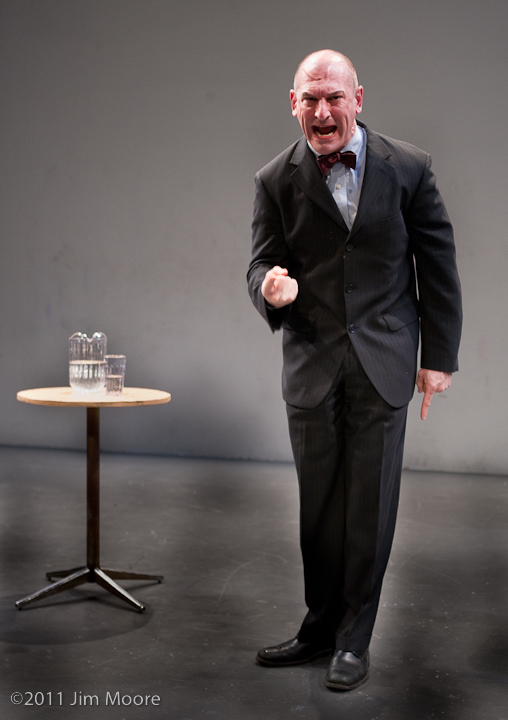 Joel Jeske opens his piece – I have seen over 16 midgets today and its only Monday -by yelling the title at the audience. 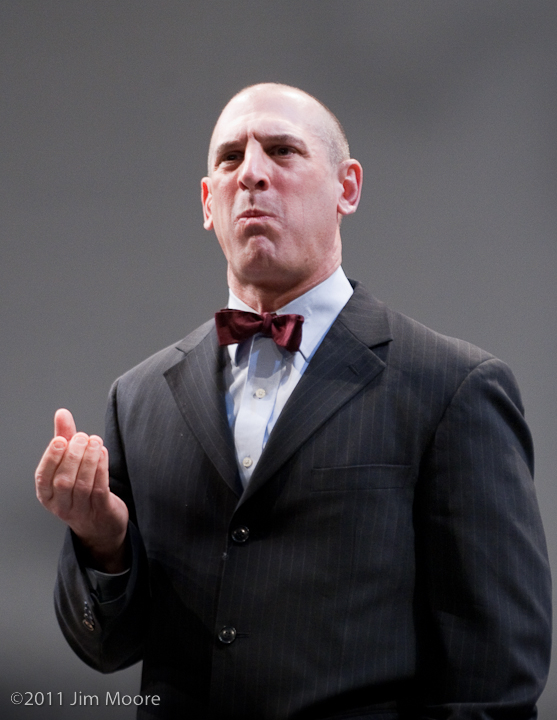 Joel Jeske eats a ‘rotten’ apple in – This is a Really Bad Apple– using his hysterical mime skills. 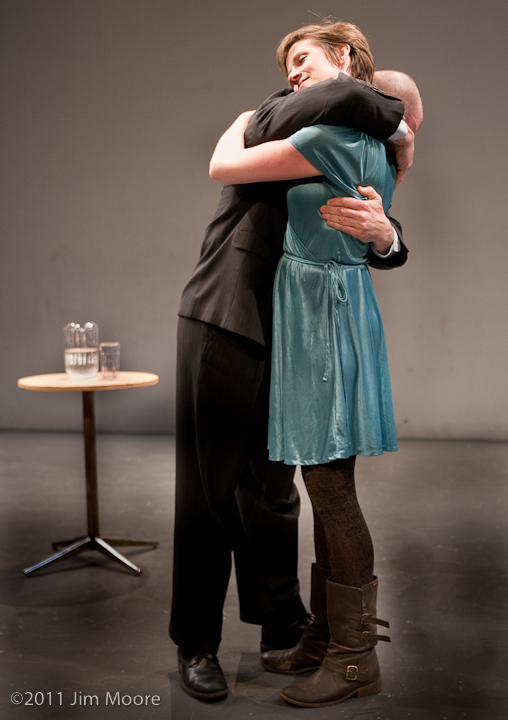 Curtain call for the performers at tonight’s Downtown Clown Revue.